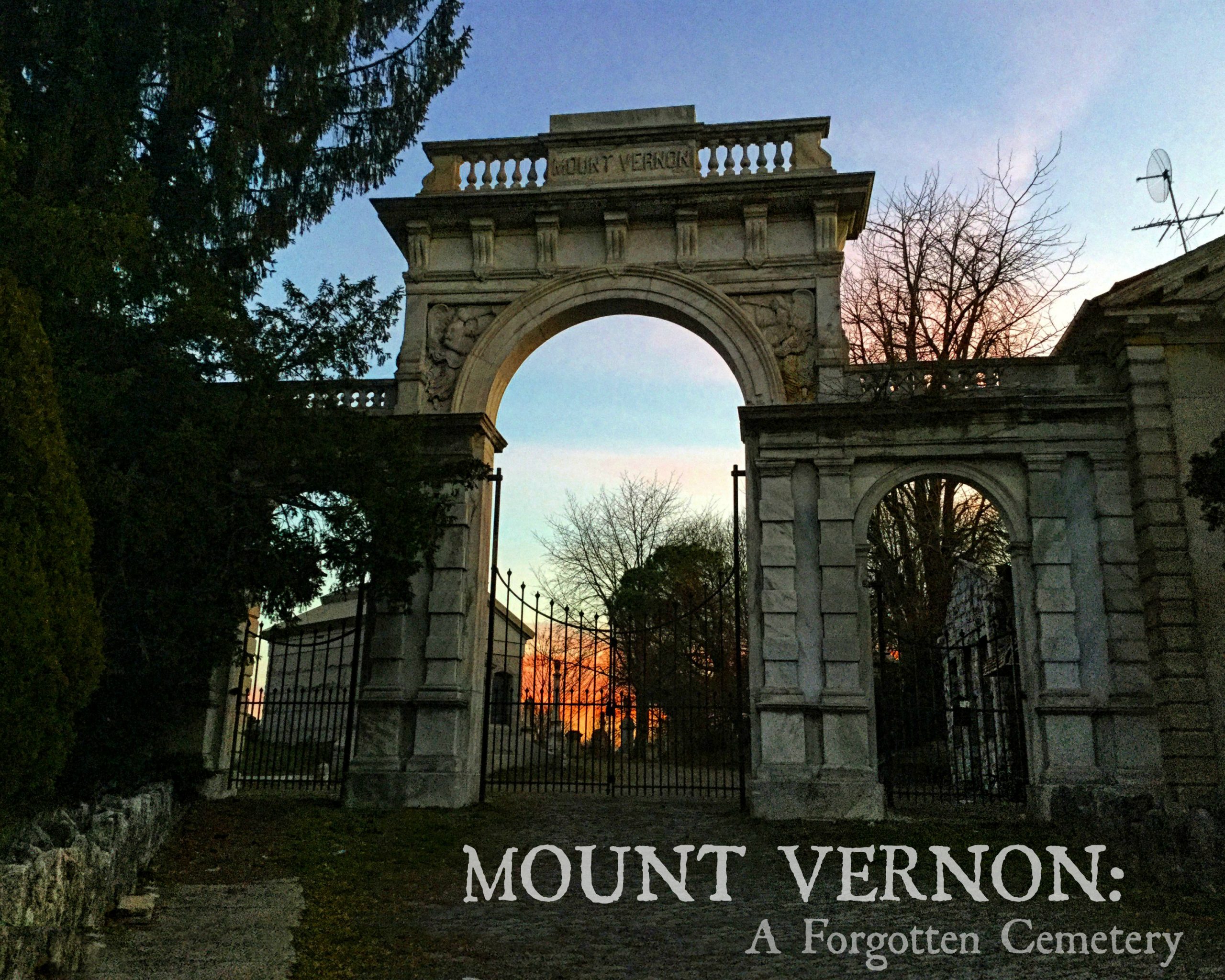 A place lies across the street from Laurel Hill Cemetery, at Ridge and Lehigh Avenues, that can be described as invisible, mysterious, and forgotten.

Mount Vernon Cemetery opened in 1856, during the 19th Century, when rural garden cemeteries began to replace inner city and churchyard cemeteries. Mount Vernon is the final resting place of the thespian family Barrymore/Drew — unmarked until 1998. Its front gatehouse and fencing was designed by  architect John Notman, who also designed Laurel Hill’s gatehouse.

Today the cemetery is wrapped in an overgrowth of tendrils, thorns, and weeds. The vision is like something out of a gothic novel. Along Lehigh Avenue, you can go up to the fence, to get a good look into the cemetery. The view inside takes on a whole new dimension. Mount Vernon is a grey vision of uneven terrain, overgrown vegetation, with tilted and/or sunken grave stones. 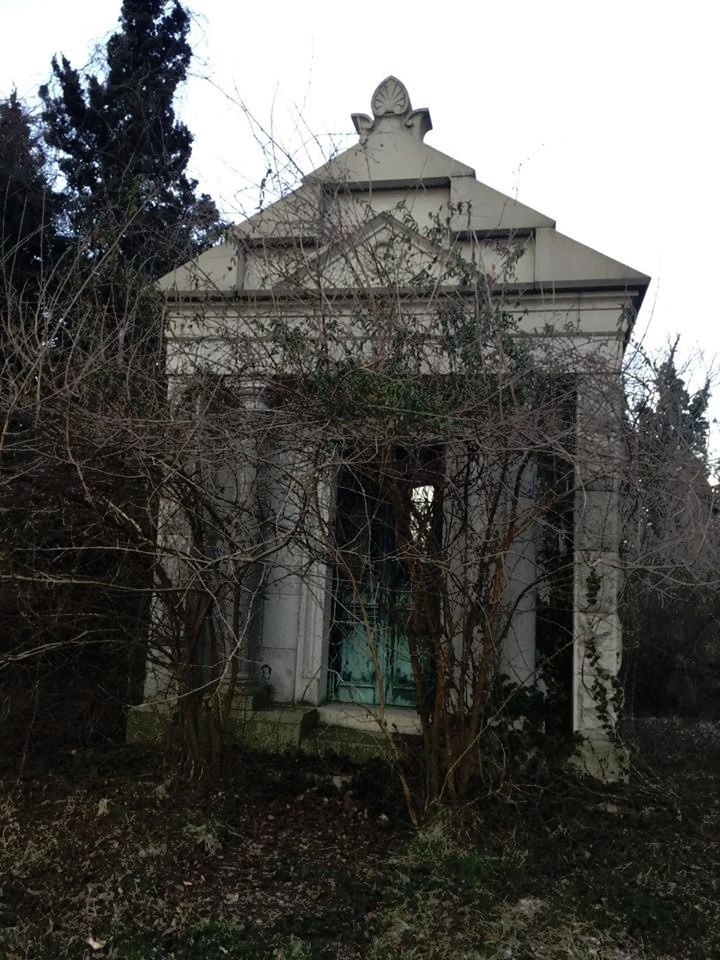 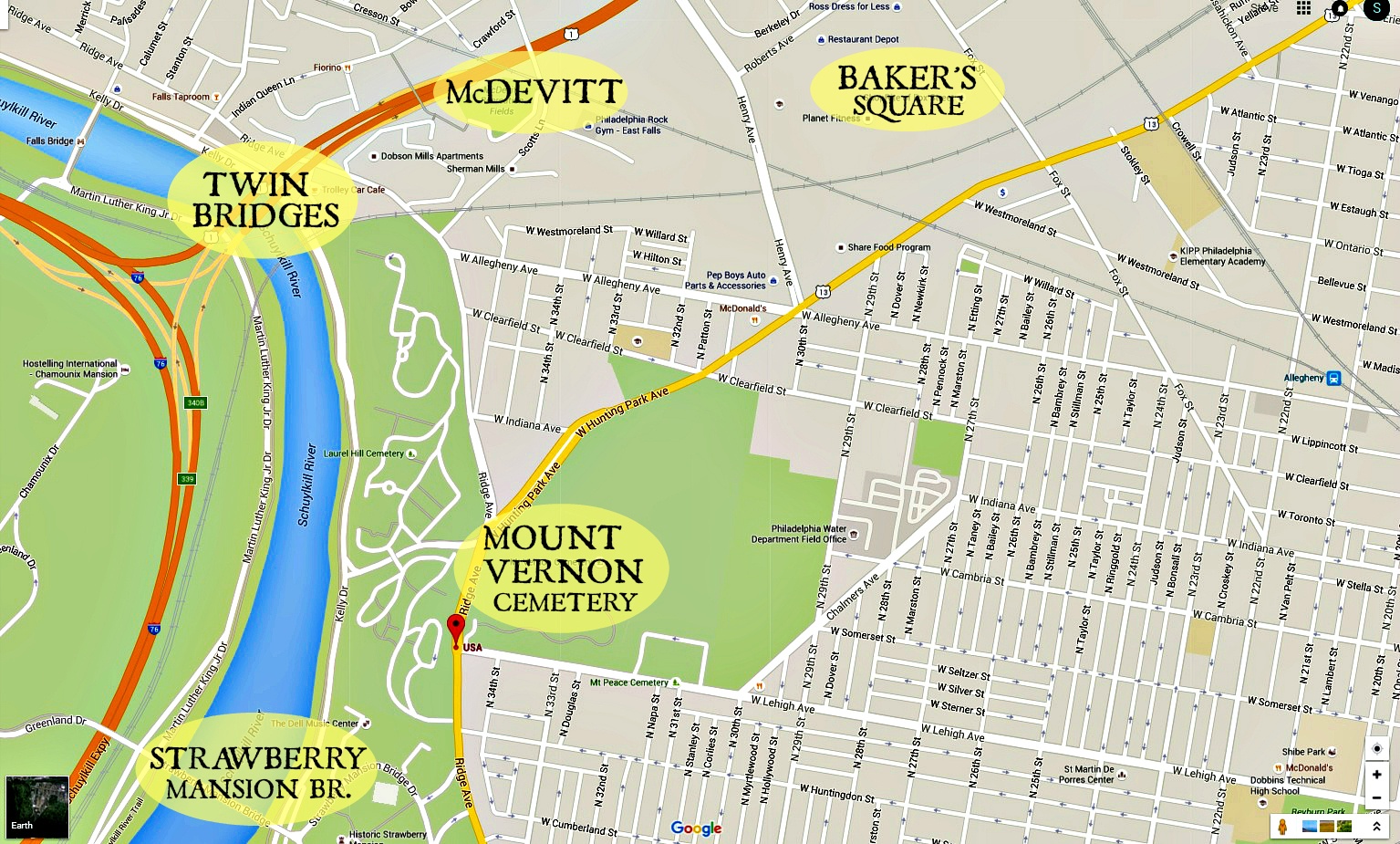 Mount Vernon is a fairly small cemetery compared to its neighbors Mount Peace and Laurel Hill. However, Mount Vernon looks vast from the inside. 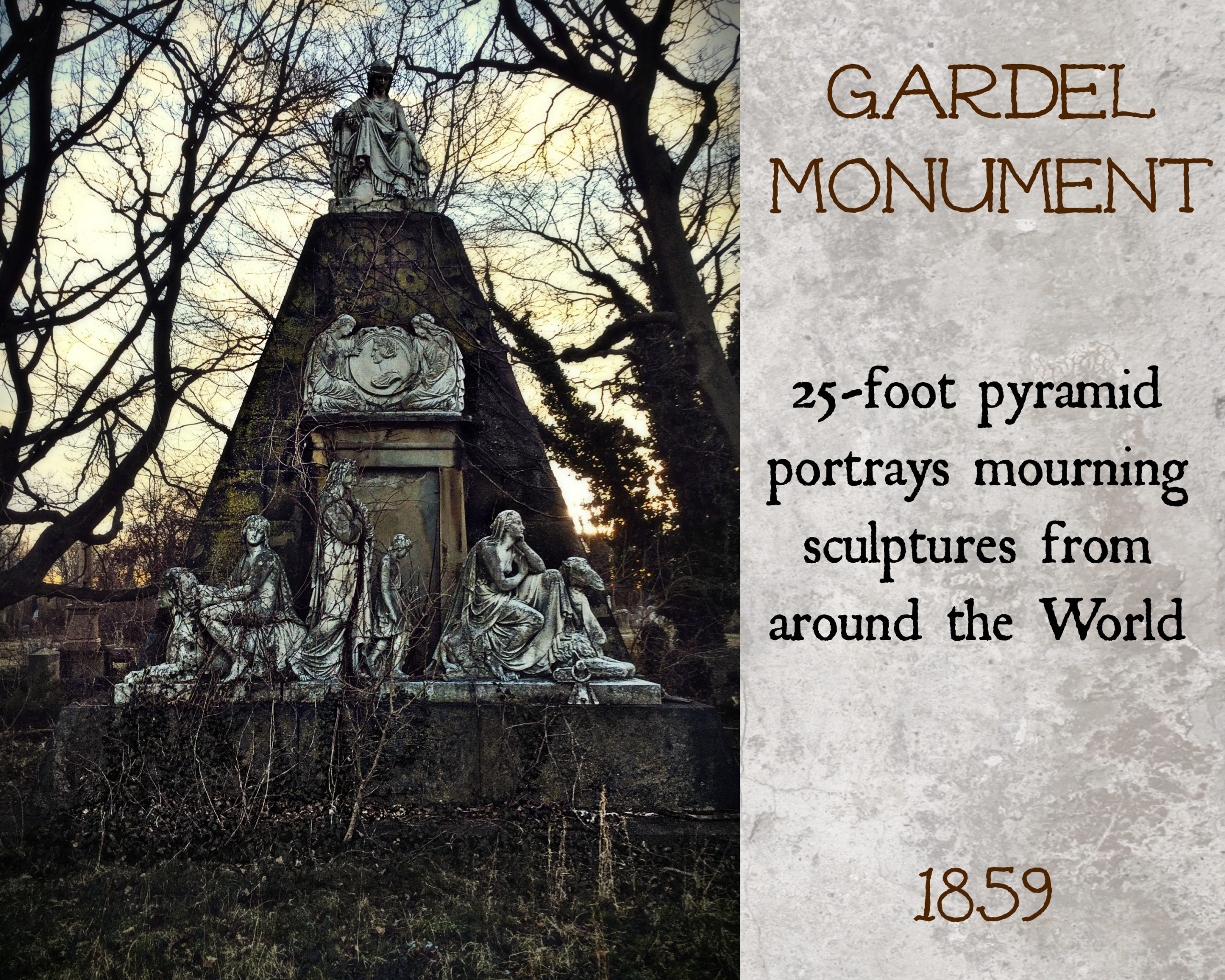 The reason that drew me to Mount Vernon was one object, a 25 foot high memorial, in the shape of a pyramid, the Gardel Monument. The Gardel Monument was something that I first read about, then viewed, for years, through the fence along Lehigh Avenue. 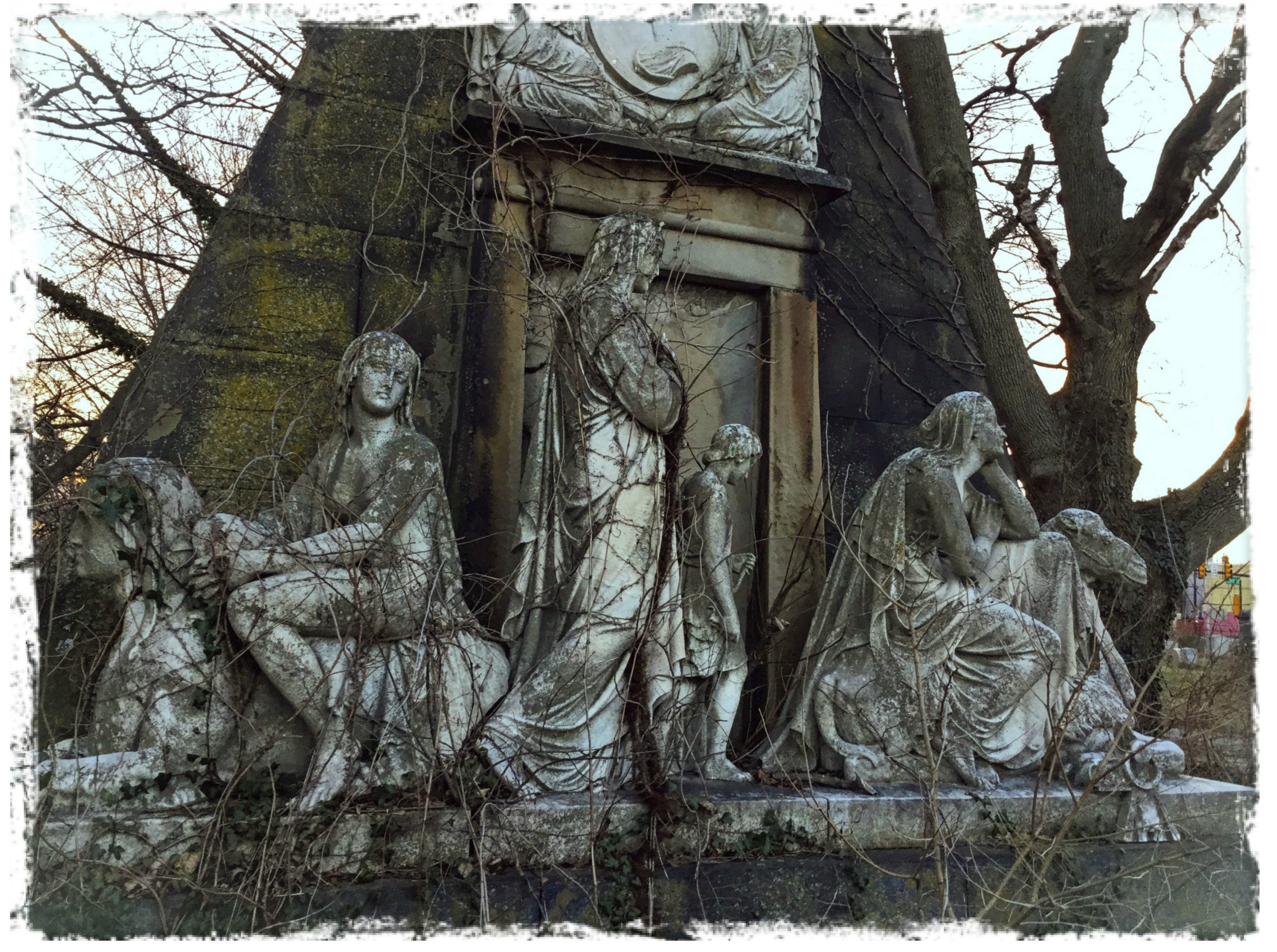 Bertrand Gardel and his wife Julia Hawks Gardel were Philadelphia school teachers. In 1859 Julia died in Damascus, Syria while on a World Tour. With her death, Bertrand wanted to play tribute to his wife and her love of the world, so he commission noted Philadelphia architect Napoleon LeBrun and Belgian sculptor Guillaume Geefs, to create a  25 foot pyramid that contained mourning sculptures from around the world. The monument, made of brownstone and marble, was erected in 1865 at the cost of $30,000. In 1883, Bertrand Gardel died and was laid to rest, with his wife, at  pyramid monument, in Mount Vernon Cemetery. 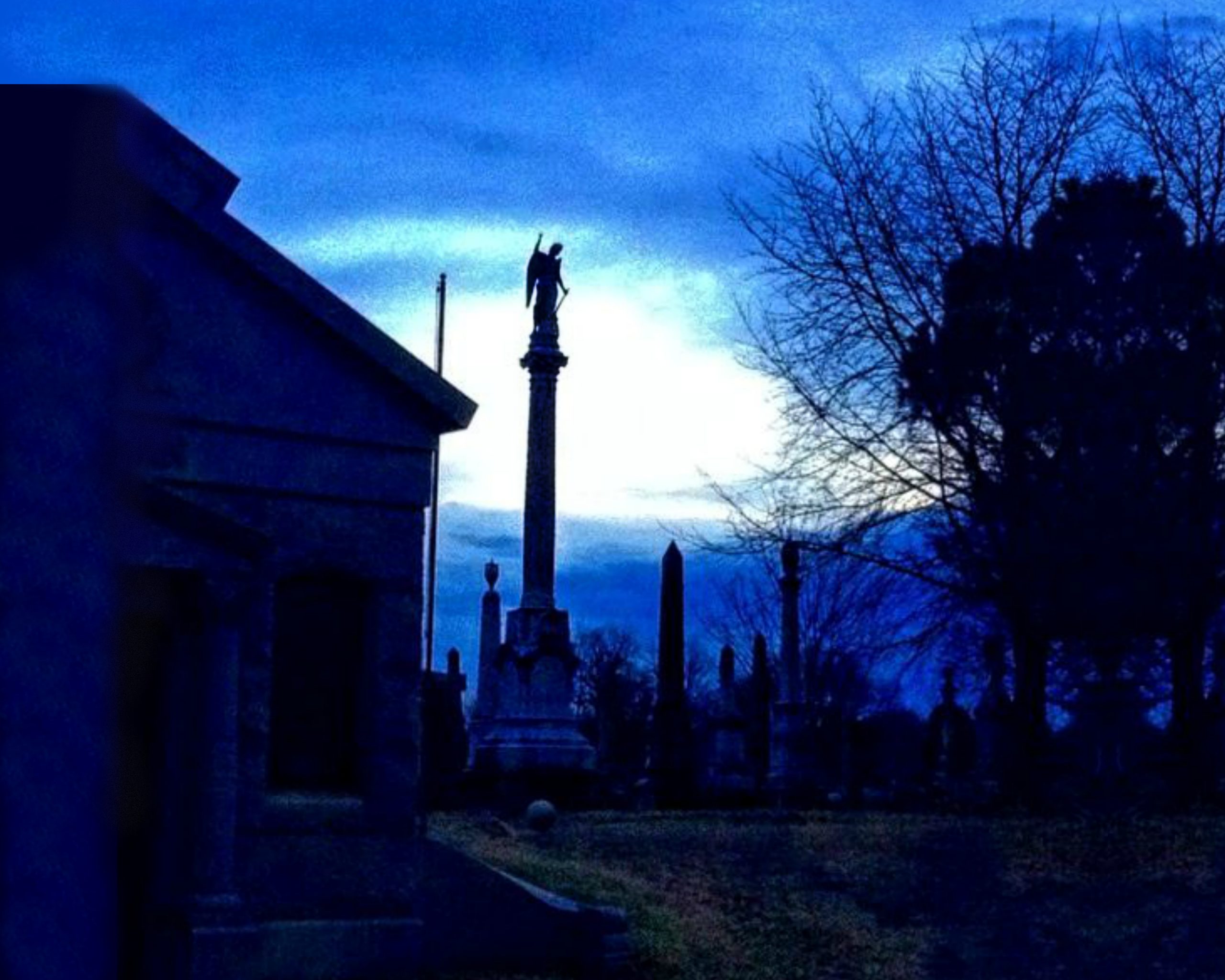 Today, Mount Vernon Cemetery is locked up tight. You can call the office number to make a request to visit, as long as you have a family plot in the cemetery and you know of its location. In the last few years, most of these requests have gone unanswered.

Currently Friends of Mt. Vernon Cemetery members are working with the ownership to make the cemetery accessible to the public, eventually restoring the grounds, through historic research, education, and community engagement. 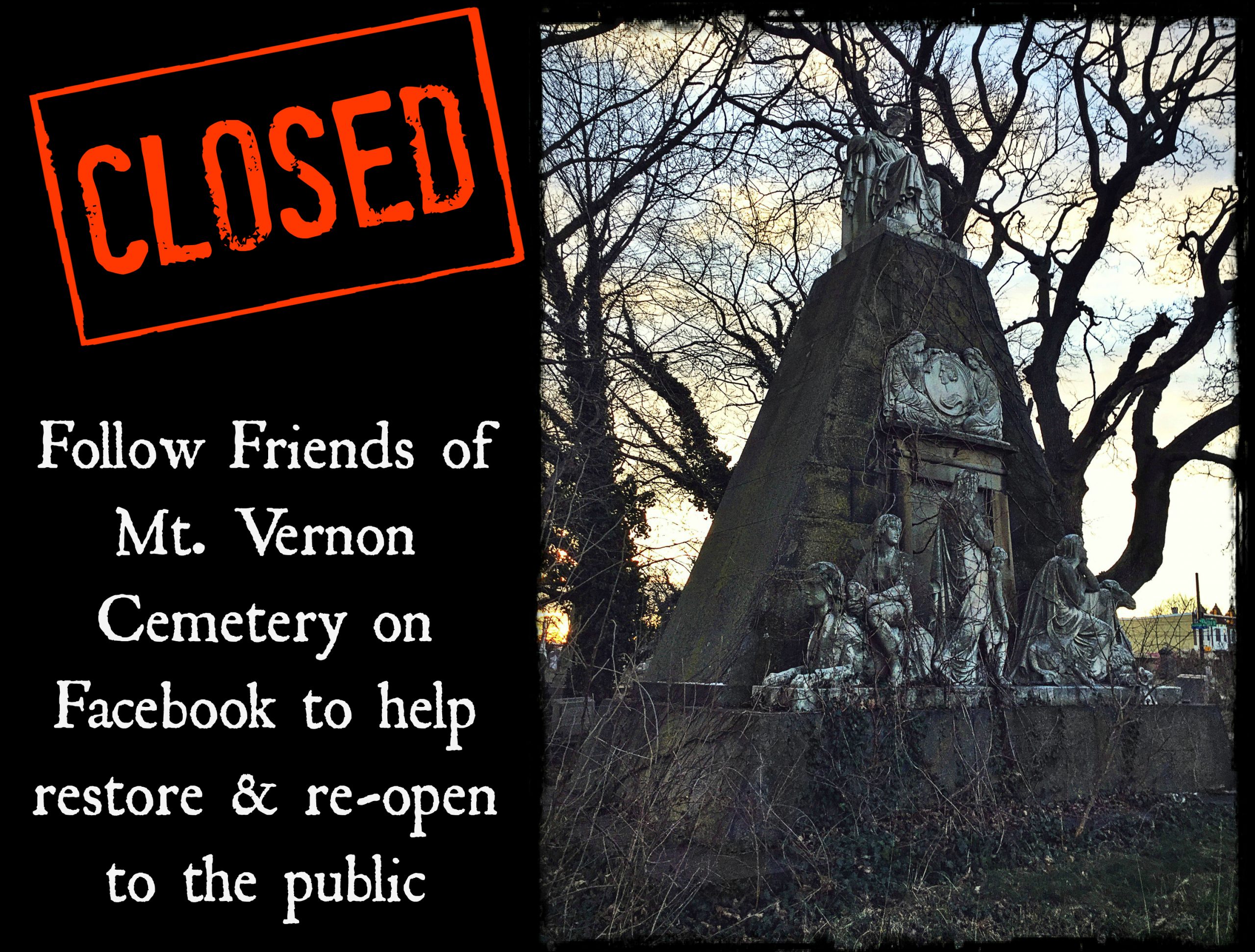 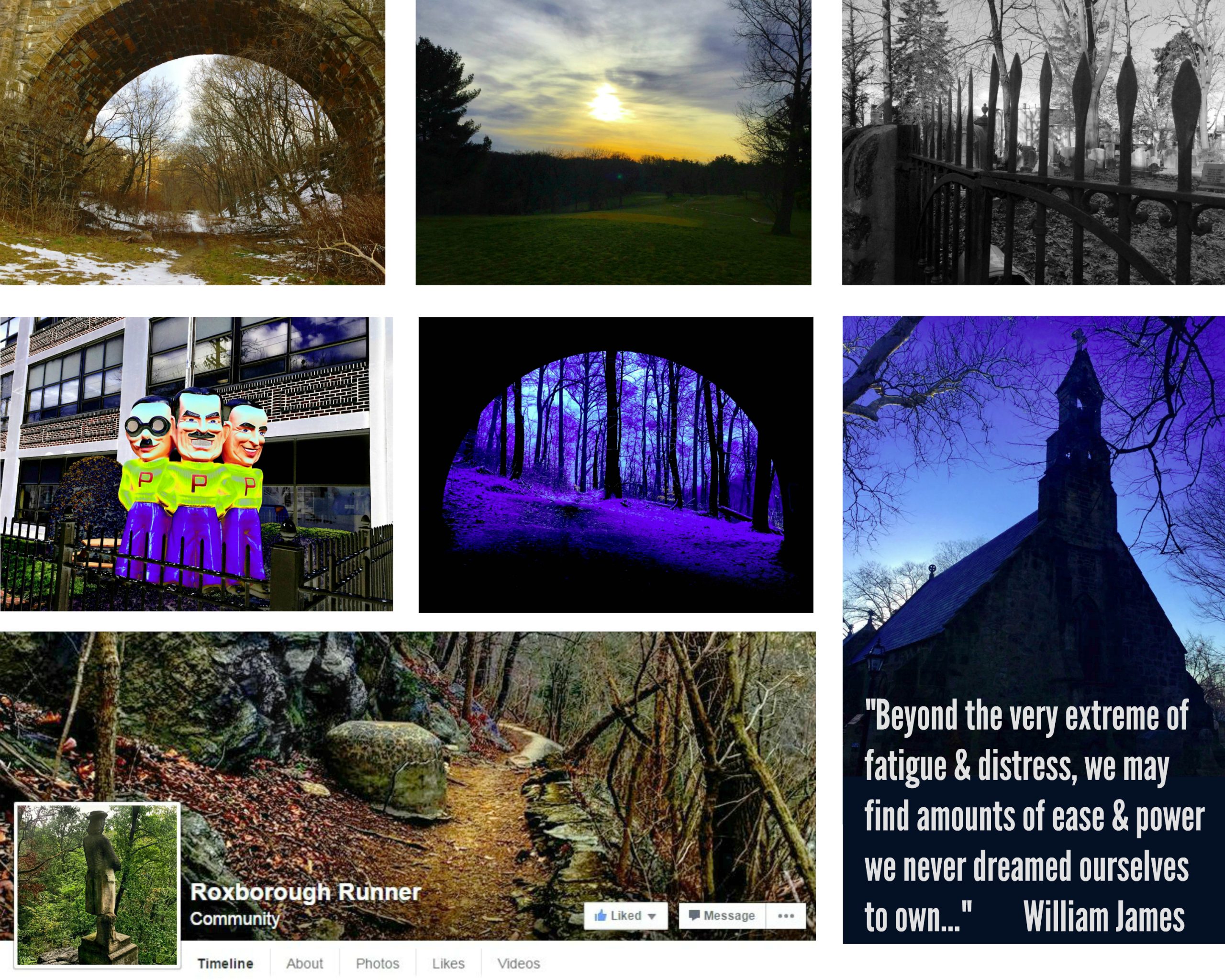 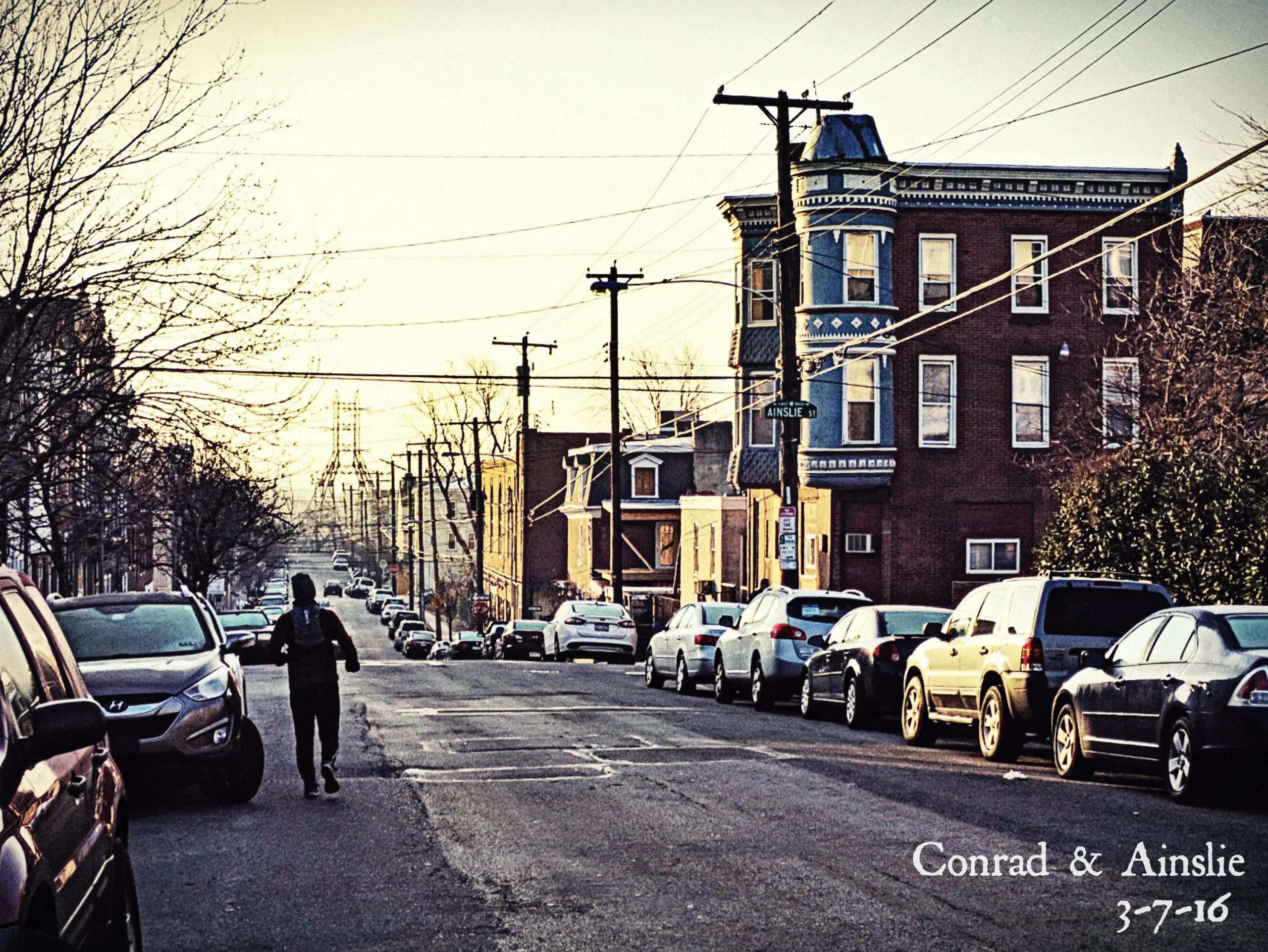 Share your favorite sights, views, and cool hidden corners with your neighbors on East Falls Local. Submit text & pics or join us for one of our informal brainstorming meetings (email for dates/times).

About Mark Pugnetti 2 Articles
Mark Pugnetti is a Roxborough native. He enjoys Philadelphia history, exploring the city, photography, and is an avid runner. Follow him on Facebook @RoxboroughRunner and on Instagram @pugrat.

Howl to Make the World a Better Place

Clothes that move & groove with you — plus give back to the environment and community. A very yogic swimsuit shoot at Alden Park, with PhillyU senior and sustainable living advocate Nicole Boychuck.    Yoga [more…]

Neighborhood studio re-opens with new plans for safe workouts physically & emotionally.  Alex Jeffers closed his studio in March 2020, after less than one month in business at the lively corner of Wayne and Rittenhouse, [more…]