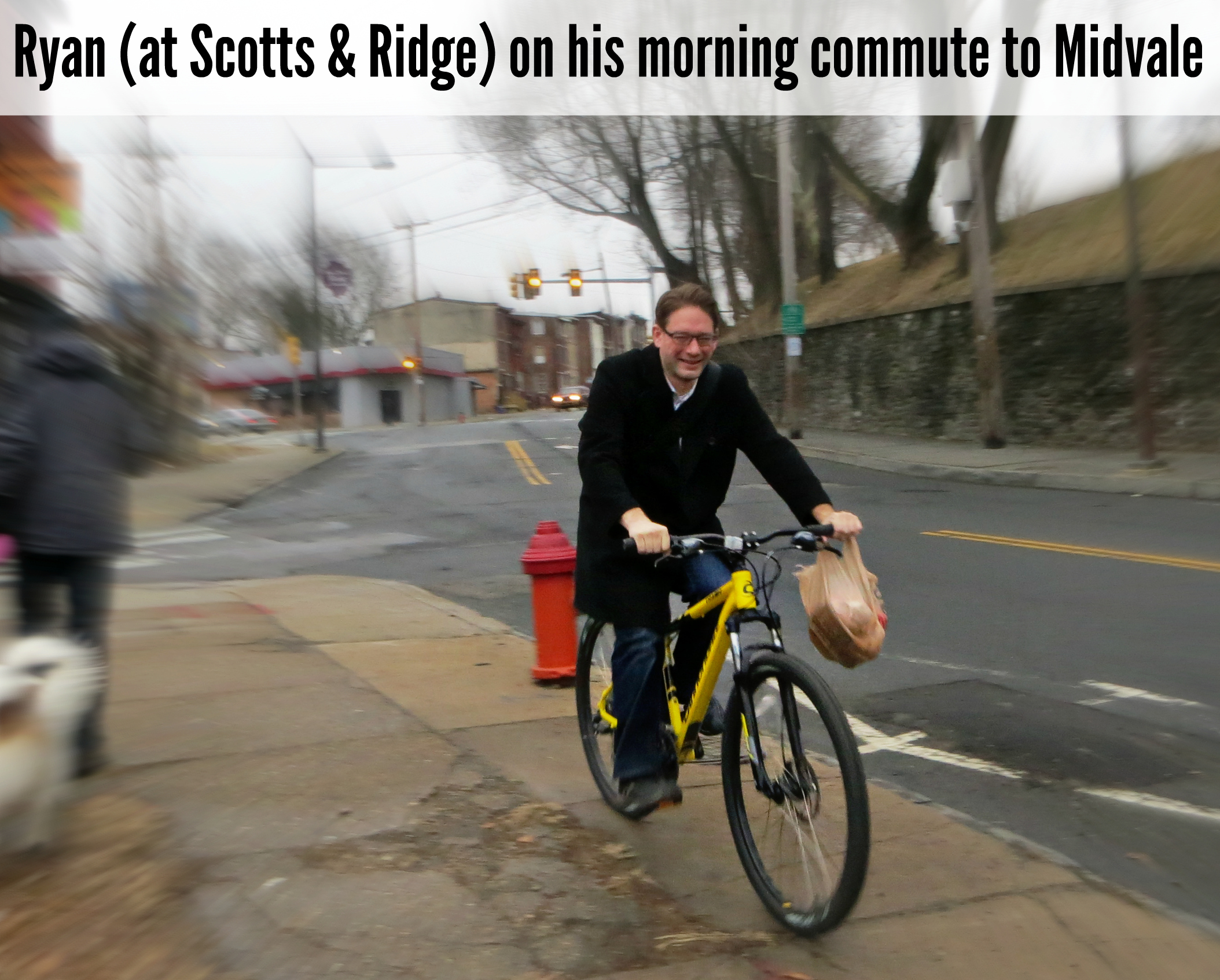 BuLogic’s owner Ryan Buchert’s new inclusive scouting troop, the “42nd Philly Makers” owes part of its name to British fiction: “42” is the tongue-in-cheek answer to life, the Universe and everything from The Hitchhiker’s Guide to the Galaxy (a favorite read).

“The book starts with the answer, and then they search for the question, which turns out to be ‘What is six times nine,'” he explains. The punch line being: “I always knew there was something wrong with the Universe….”

While think-y sci-fi humor seems a natural fit for a tech entrepreneur like Ryan — scouting, not so much. Especially this “traditional” kind, which stresses outdoor activities, and mastery of practical skills like wood-chopping, path-finding & bivvy-building. What’s the deal? 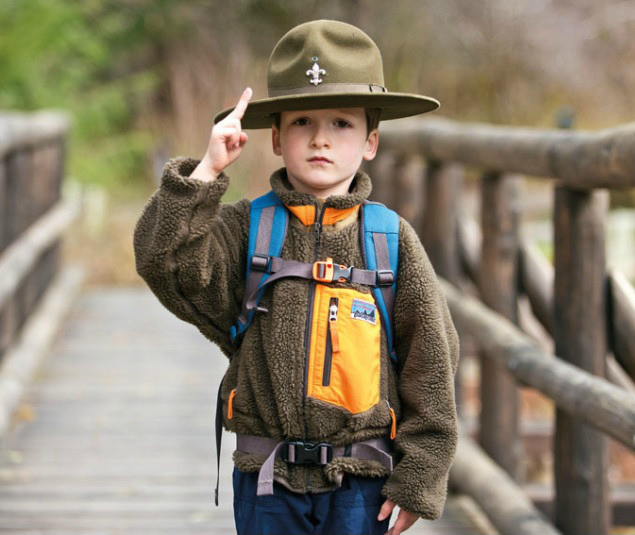 A Scout for over a decade in his hometown near Kutztown, even today Ryan still talks of upholding Scout Laws like thrift, health, courtesy and kindness. Ryan credits much of his company’s success to lessons learned cooperating with others, working on shared challenges together as part of a scouting troop.

Back when he was growing up, the Boy Scouts of America was pretty much the only game in town. For awhile there, no one really questioned its decision to exclude gays, atheists and females. Over the years, BSA introduced badges like “game design” and “programming” that took emphasis off fitness and Nature.

No more! The Baden-Powell Service Association’s U.S. youth branch was created in 2009 as an inclusive traditional scouting alternative based on the original writings of Boy Scout founder Robert Baden-Powell.

Ryan’s 42nd Philly Makers is a local BPSA scouting group that welcomes men, women and children of all ages, regardless of religious beliefs or sexual orientation.

The idea may have started with Ryan’s love of scouting, but quickly became a joint effort for him & his right-hand “man” — BuLogics CEO Felicite Moorman, who used to be pretty active in scouting, herself. In fact, she not only works with an Eagle Scout, but she married one! Husband Sean Hawley is eager to return to his scouting roots with the 42nd Philly Makers, and will serve in a leadership role, as well.

“BPSA is scouting, with a 21st Century mindset!” she declares from BuLogics’ bright, open office. As the world moves towards equality and diversity, traditional scouting develops cooperation & comradery among ages, genders, religions… “Things always get more interesting when you mix everyone up!” she smiles (was that a wink?).

Sounds good to us! Girls and boys play on the same little league teams nowadays, so why not scout together, too? 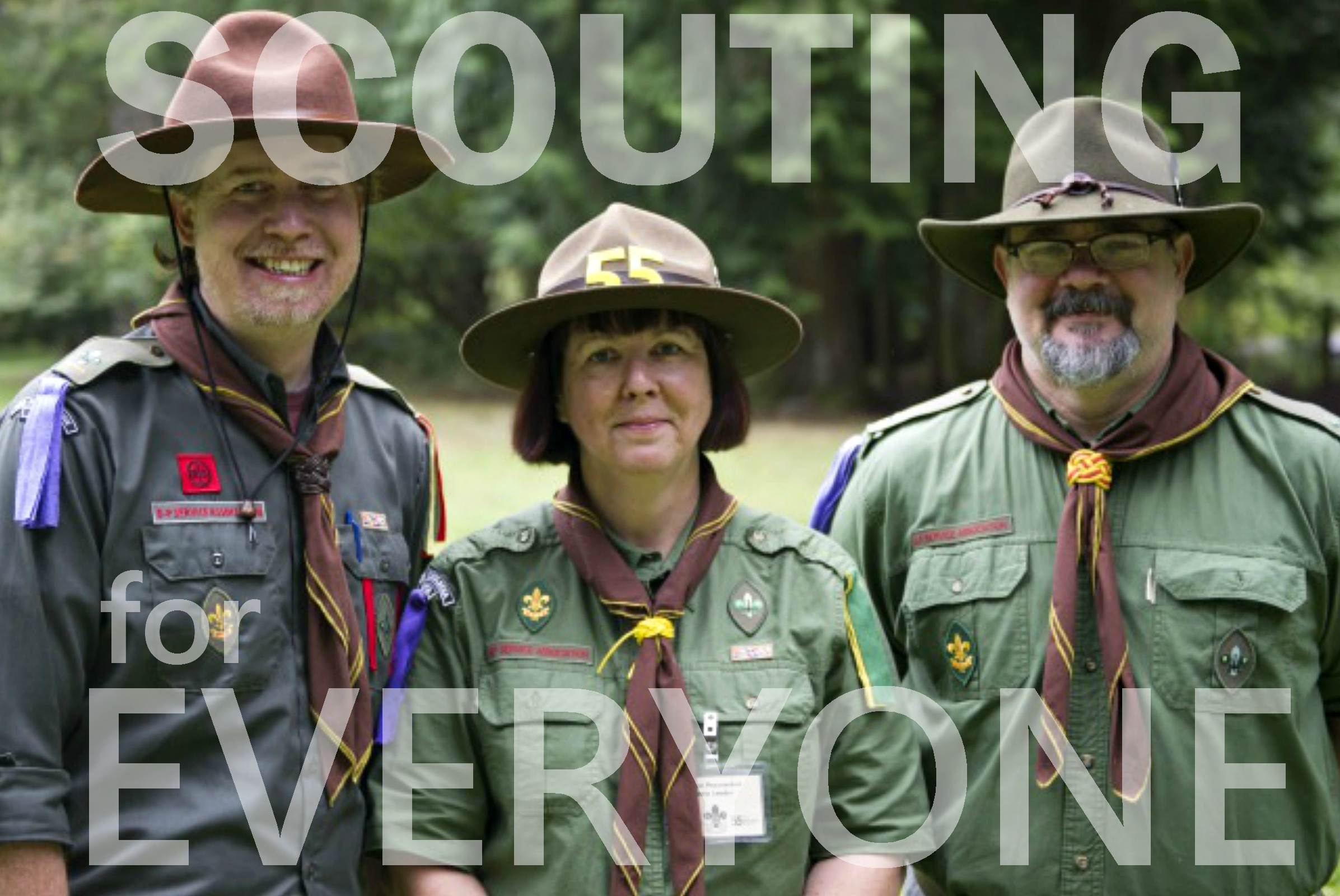 WHAT IS THE BPSA?

WHO CAN BE A SCOUT?

Everyone! All ages, genders. BTW, with such a diverse demo, BPSA took care to publish very clear guidelines for ethical behavior, and plus all leaders undergo background checks.

WHAT DO THEY DO?

Service projects, learning labs, wilderness adventures, historical canoe trips… The 42nd Philly Makers are just getting started, so now’s a great time to sign up and add your input.

Come to the first meeting Friday, April 17th from 6:30 to 8:30 pm at the Mason’s building at Ridge & Midvale Avenue (also known as BuLogics). Dinner included! 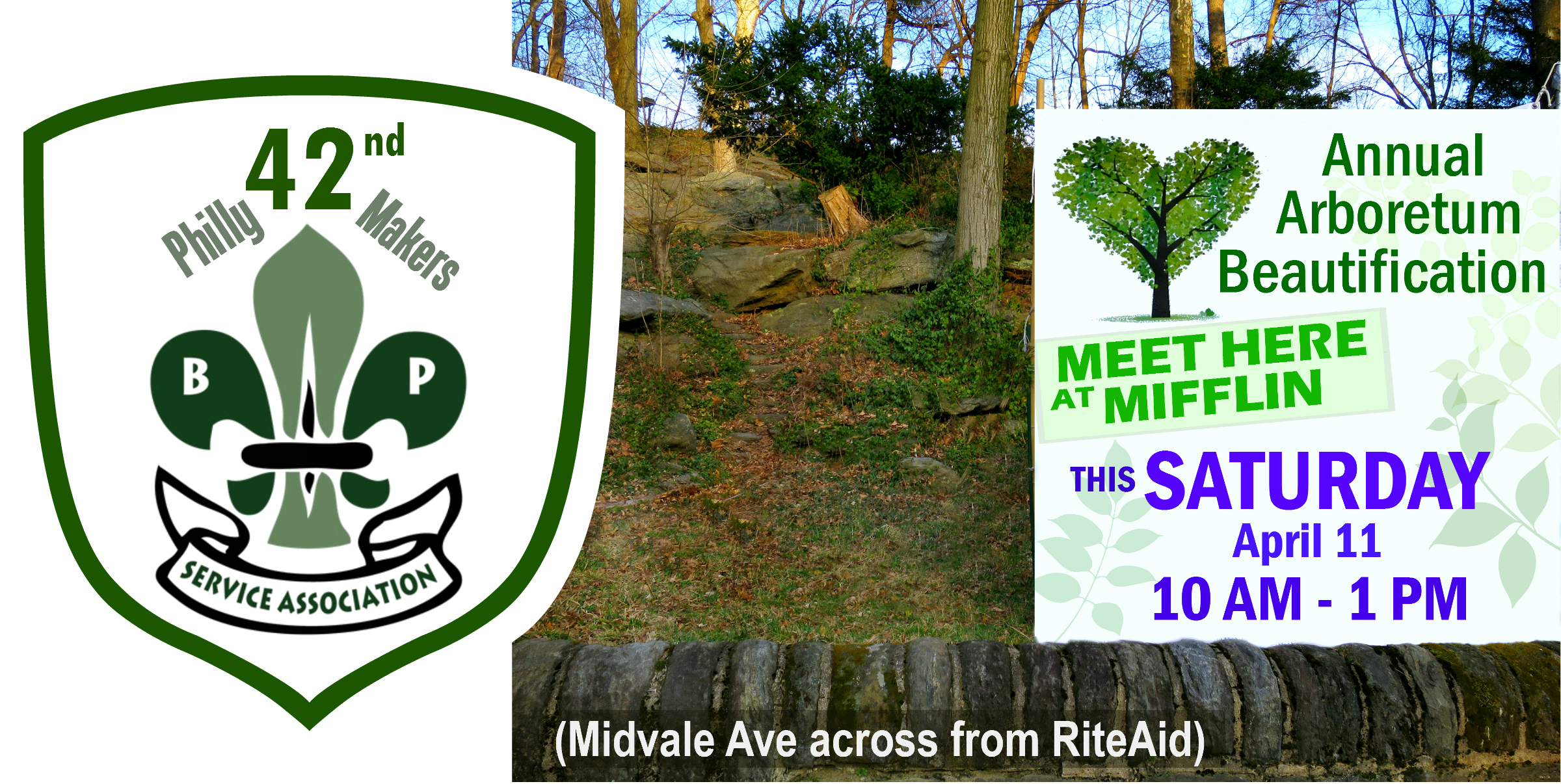 Or lend a hand with Ryan & the 42nd Philly Makers at Mifflin School’s Arboretum Clean-Up on Midvale Avenue.   Saturday April 11th, 10 am to 1 pm 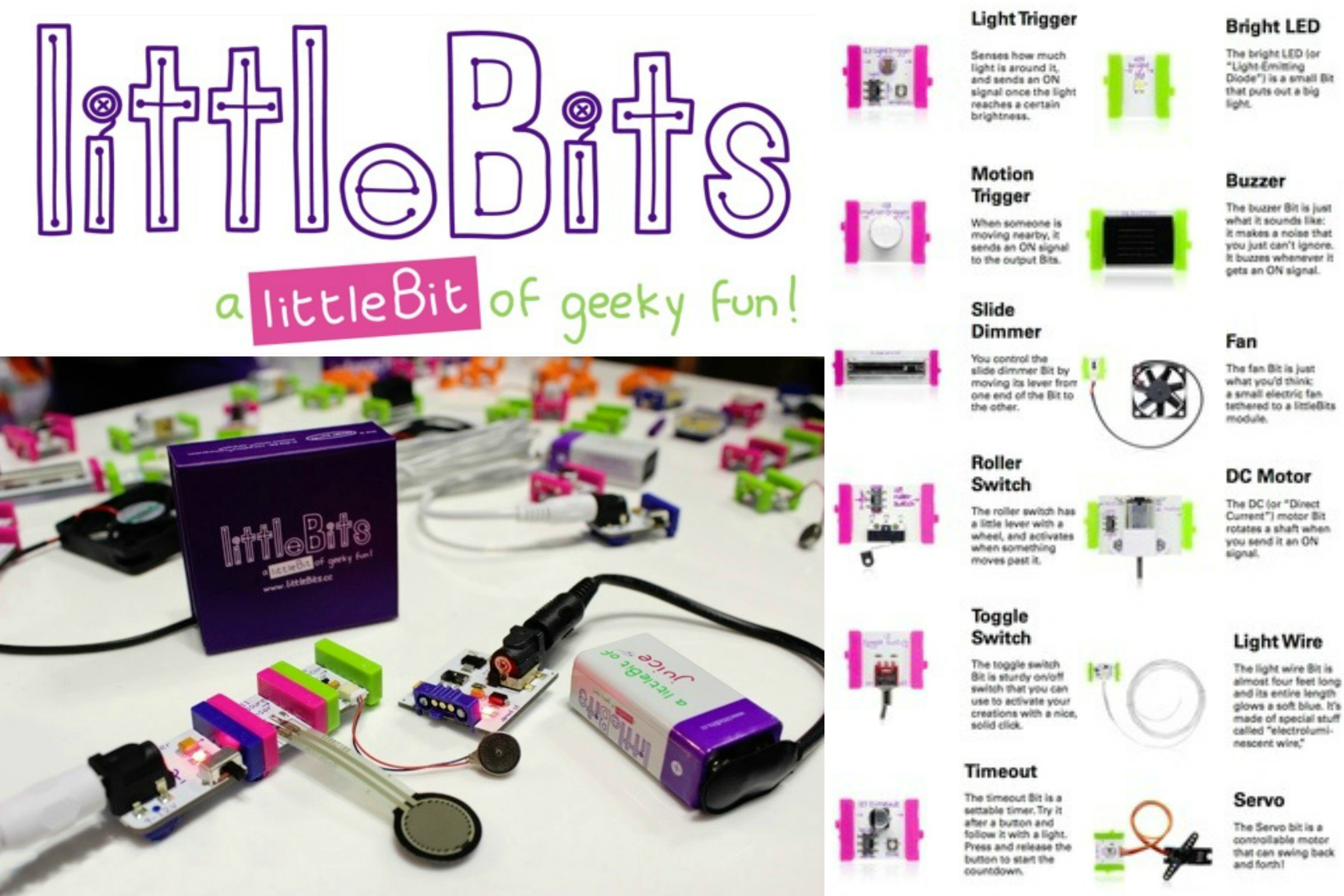 East Falls Local will be joining the arboretum clean-up this weekend, and are already looking forward to the first meeting — we’re gearing up our camping stuff as I type this, so we can be ready for last-minute opportunities. (“Be prepared!“)

If you’ve got kids, if you’re a kid at heart. If you love Nature, if you see the point in helping others. If you have room to grow and stuff to share. If you really, really love campfires & the smell of DEET.

Please consider reaching out to Ryan, and checking out a 42nd Philly Maker meeting or event soon. 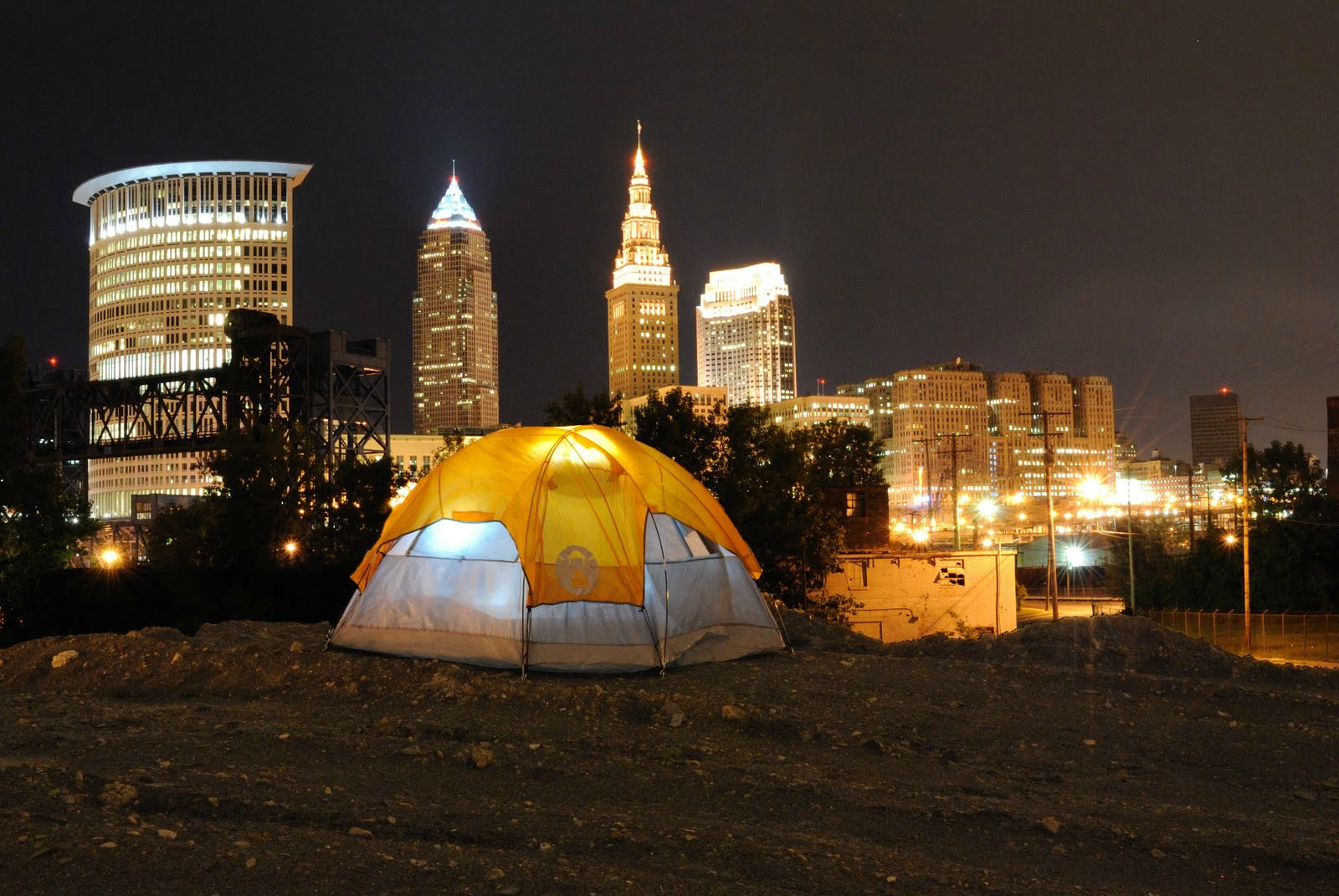 His wife’s back in town. There’s a baby on the way. And two new artists at his shop. For Frequency Tattoo’s John Howie, life is expanding in all kinds of exciting directions. Congratulations to Frequency [more…]