Public pools are a great perk for all Philadelphians.

RAVE!  My husband and I moved with our kids to Manayunk about 6 months ago. I was flabbergasted to learn that Philly still has public pools because most cities got rid of them, so this weekend we decided to try out the Kendrick Pool, after seeing posts about it on this group. (We still want to check out other pools too but it’s nice to go to a pool 1/2 a mile from your house.)

The pool was huge, clean and nice. Nowhere really to sit (bring a chair!) but since it’s so close to home, you can go, swim for a couple of hours, then go home. Plus since it’s nearby we ran into people we know from our local playground which is great (well, one family we invited but the other was just there 🙂)

I’ve been recently reflecting on Heather McGee’s book called “The Sum of Us” about how racism hurts everyone. It focuses on “drained pool politics” which describes policies that cut off one’s nose to spite a black face. That is, throughout the country, there used to be zillions of resort-style free public pools but after desegregation most places, especially in the south, but also in the north, drained the pools and filled them in rather than share the oasis with black neighbors.

Instead, white people had to pay money to go to pools that were whites only and often times minorities weren’t allowed at private pools at all. Thus, it was especially surprising to find out that Philadelphia has a specific initiative to support public pools.

Proud to live in a city that continues to have public pools that I can share with all my neighbors!

(Katie Ernst is a criminal appellate attorney working to reverse wrongful convictions. She’s a mom to two, a wife to one, and she now lives in Philly, a city second to none). 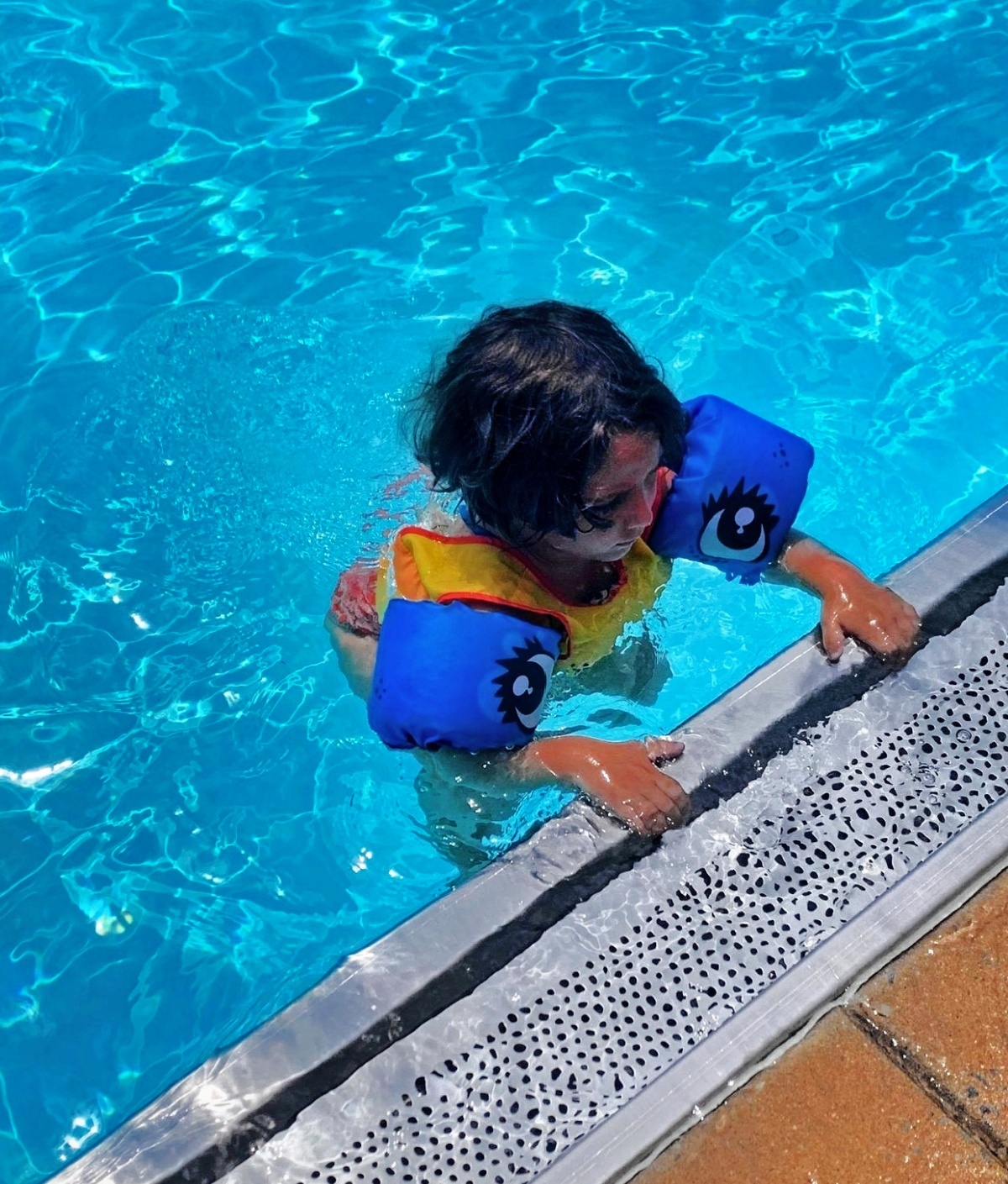 Anne C
Well Katie that was never done here. Although there were days for boys only and girls only. We just swam together with our friends and cooled off in the summer heat.

Susan G
We called it “the Bathee”!

Pat B
My dad was born in 1915 and told stories about swimming there. You had to have a dry bathing suit to go in… And swim sessions were timed. The boys would change and throw their suits on Roxborough Ave so the asphalt sun and traffic would dry them.

Rebecca P
It was built in 1925. Lots of public rec centers and schools were built in the 1920s.

Ruth G
I learned to swim at the Kendrick more than 65 years ago. It looks very nice in the picture

Nicole M
I think of the Sum of Us a lot in relation to our pool system. We need to do work to make sure they’re all opened in the future and for expanded timelines (like Memorial Day through Labor Day) but it’s really an asset to our city.

Angela M
I have lived in Manayunk my entire life and never been to the rec pool!

Rebecca T
I was on the swim team there for years almost 20 years ago, glad to know it’s still up and running

Kyle K
I’ve lived near this pool for 14 years now and haven’t gone yet. Shall be going this year for sure!

Katie E
Not gonna lie, when you walk through the gates initially it looks like you’re going into a prison yard (and I’m a criminal defense attorney so I should know). But it’s really nice inside, and the pool was cleaner than the majority of pools I’ve paid to use, plus there are multiple life guards.

Emily C
I lost a tooth in that pool when I was like, 6. They dived for it and everything, but we never found it.

Ann D
I just moved to Roxborough in Dec, didn’t know about this pool. Will definitely be stopping by with my daughter! 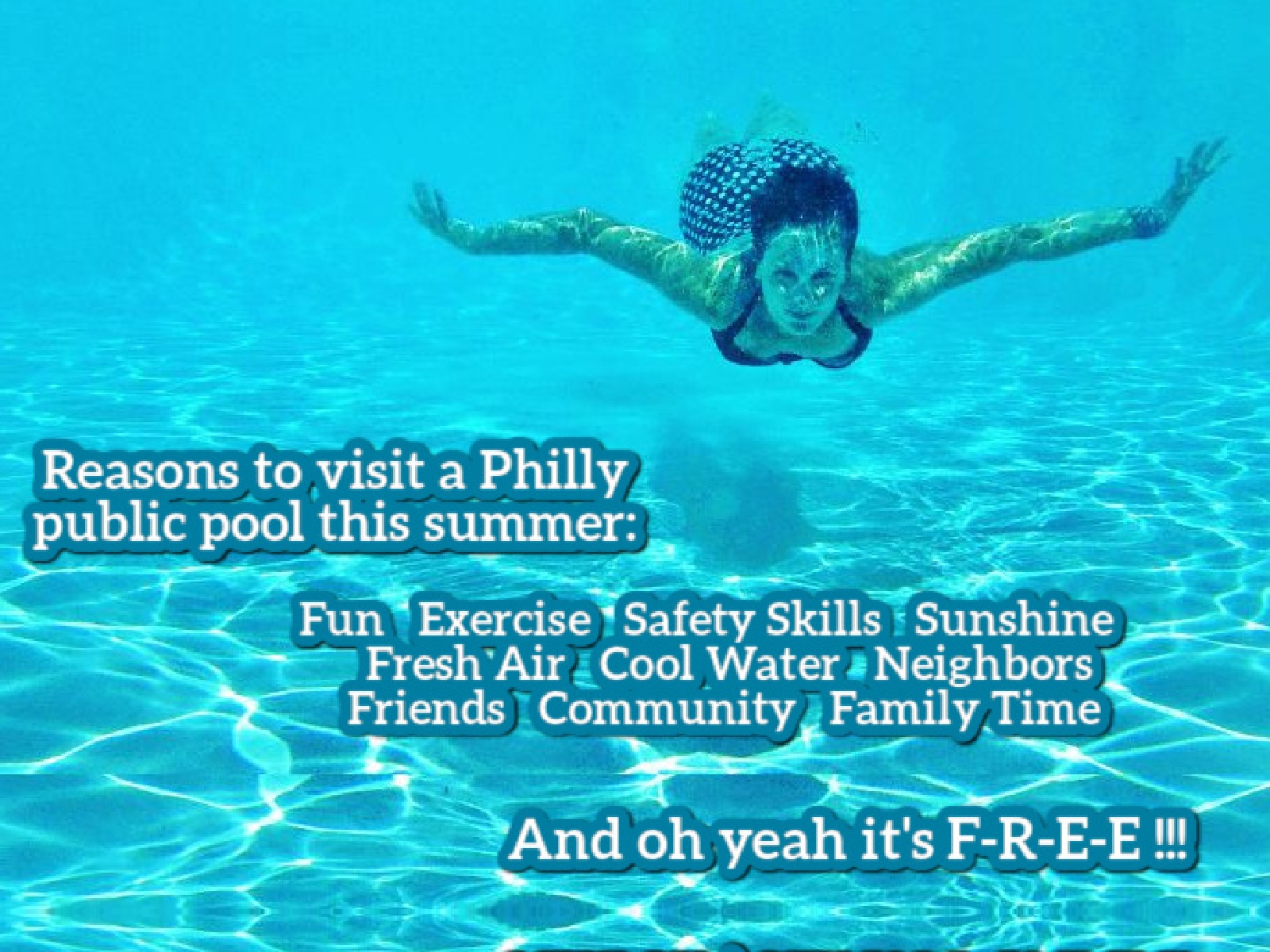 Find other swimming pools by neighborhood on phila.gov or through Parks & Rec’s “pool finder” app.