PHILADELPHIA – It’s the Guns, Stupid! Well, that’s the simple view, anyway. The reality is that the issues are much more complicated than a simple sound bite. Solving the problem of semi-automatic assault rifles like the AR-style weapons used in mass shootings will undoubtedly reduce the level of mass carnage we’ve seen since the early 2000’s when the  Public Safety and Recreational Firearms Use Protection Act or Federal Assault Weapons Ban (AWB) provision of the Violent Crime Control and Law Enforcement Act of 1994 expired in 2004.

But, mass shootings only represented about one percent of the overall gun deaths in the U.S. in 2020, even if they are more gruesome, shocking, and effective at grabbing the headlines.

I am not trying to minimize the shock and trauma these events cause for the victims, their families, and their communities. It is merely to say that solving the issue of mass shootings is the starting point, not the end game.

We already know what we need to do to reduce the number of mass shootings. History has given us those answers, even if the GOP refuses to legislate.

It’s the Guns, Stupid! Yeah, that works for that part, and we have a framework for such bans because it was already done in the 90s, and it worked. The same goes for the rest of the currently proposed legislative actions from gun reform advocates, but still, these actions, although positive steps, are half measures. Shallow attempts to fix the obvious problems without doing anything to fix the root causes of gun violence and, by extension, crime in America.

To reduce the number of gun deaths in America significantly, we need to take a whole of government and whole of society approach to the issue. In 2020 alone, 45,222 people died from gun-related injuries, approximately 124 people a day. Of those 45,222 people killed by guns, 54 percent were suicides, 43 percent were murdered, and 3 percent were accidental deaths or undisclosed.

This year, we’ve hit 995 as of June 8, 2022. Indeed, we’ve ticked over a thousand shooting incidents as of this story’s writing.

Over the last three years, we have had more than 1,331 fatalities in the city involving guns. Nearly 20 percent of these shootings happened in our precious NW section of Philadelphia, leading to more than 250 of our neighbors’ and family’s deaths in those three years. This year alone, 44 of our neighbors have been killed due to gun violence.

America is in a gun crisis; our city is chest-deep in a gun violence crisis.

Our kids have been begging us to do something about gun violence all year. In February, Roosevelt Elementary school students protested to call for an end to gun violence, at the end of May, students from Strawberry Mansion, in April, community members demonstrated on U- Penn and Drexel campuses, and on June 3, students, clergy and community members in Germantown held a memorial for 33 people recently killed in the Germantown section of Philadelphia. On June 11, 2022, March for Our Lives will organize a mass demonstration of students and community members.

Jamal Johnson, who has been a leader in the Anti-Gun Violence movement for years, has been protesting nearly every day at the site of each shooting he can physically make it to. He has also held protests at City Hall, in Harrisburg, and Washington, DC, marching hundreds of miles and even going on a hunger strike for nearly a month earlier this year.

We haven’t made progress for lack of trying on the part of Philadelphians or Americans across the country. Many of the gun reform advocates suggested legislation are supported by the overwhelming majority of Americans.

Our so-called leaders would love for this to be a simple gun nut versus commonsense gun reform issue. Those are easy black and white issues to run on, and at the end of the day, for most elected officials, that’s all they care about. But the reality of the situation is far more complicated, and gun reform only addresses a small but statistically significant portion of the reforms needed.

Shoveling more money into already bloated police budgets isn’t going to fix the problem. We’ve been doing this for decades, and clearly, it hasn’t helped do anything but take mothers and fathers out of our community and lock them up in inhumane conditions, creating further trauma and deepened hopelessness and despair in our communities.

If anything, the over-policing, the mass incarceration approach has worsened the problems of crime and poverty, directly impacting gun violence. Our reliance on policing and incarceration created a class of people who perpetually struggle with unemployment, addiction, and homelessness, which remains largely unrepresented in many places.

In short, our reliance on police and incarceration has created a 2nd class citizenry akin to Jim Crow. This system is equally as effective at discrimination and oppression, and those impacted by it are even more desperate to survive in a society that has labeled them less.

If we want to address gun violence and crime, we need to stop doing the same shit but more of it. It hasn’t worked, and it’s not going to!

Research dating back to the 1930s has shown that if you want to curb Juvenile Delinquency and youth crime, you must address the underlying social and economic issues. In Carl Suddler‘s 2019 book, Presumed Criminal, he references the work of Owen Lovejoy, Secretary of the Children’s Aid Society of New York in the 1930s. The latter’s research studied the effects of the Great Depression on black youth in the city. He found the lack of sufficient educational opportunities, inadequate recreational spaces, lack of economic security, and substandard living conditions faced by the youth impacted their behavior, decisions, and perceptions of authoritative figures in their lives. In short, poverty and lack of resources made them more likely to become delinquent and eventually commit crimes. 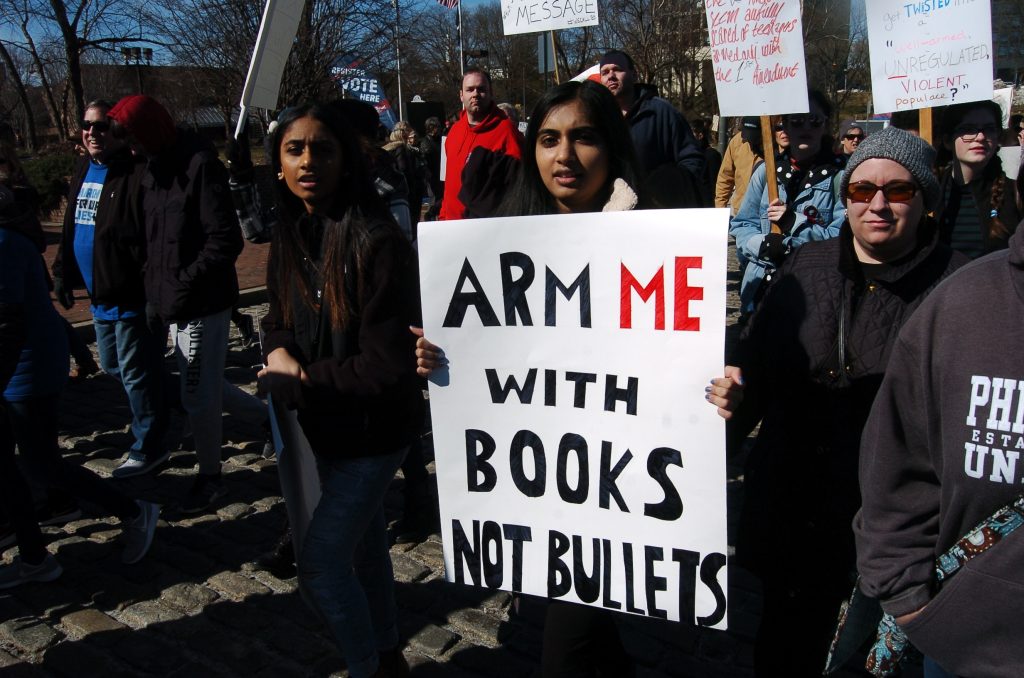 Little has changed since Lovejoy’s original study was published in 1932. If anything, the situation has been made worse since the advent of mass incarceration, and the War on Drugs replaced Jim Crow.

Black folks still face low wages, unemployment that is double their white counterparts, high cost of living, food insecurity, underfunded and served schools, underserved communities, lack of access to health care, lack of investment in the community and hyper segregation, over-policing, mass incarceration and a mental health crisis due to all the trauma they are forced to endure every day from birth to the grave!

Suppose we know these conditions lead to crime and gun violence yet refuse to make the appropriate investment in communities and continue to invest in the institutions that exasperate disparities. Can we expect a different result?

If we’re going to have a tangible impact on gun violence in our city, we have to give its most affected residents real hope by giving them a real chance at the “American Dream” that has for so long been little more than a phantom.

We must invest in our communities, rehab viable housing, and put unhoused people and people with insecure housing situations in them. This process would create jobs, which should be given to people impacted by the criminal justice system from the communities where the work is being done.

We need to ensure everyone has access to healthcare and mental health care. In Washington, D.C., they have a mobile medical unit that goes out into the community and sees patients that otherwise don’t have access to a primary care provider for free and assists them with obtaining health care coverage such as Medicare and Medicaid. These mobile units also provide patients with some needed medications, such as asthma inhalers, insulin, and antibiotics.

We need to invest in our children fully. In their schools, after-school care and activities should be abundant and accessible in a society that requires both parents to work. We need to invest in their education by ensuring every student gets the help they need, streamlining education services, IEP, and 504 Planning for students, ensuring that any student who needs it has access to tutors, and investing in our teachers.

We must invest in our kids’ mental health and that of the community at significant invest in de-escalation and conflict resolution in our homes, neighborhoods, and community.

We need to invest in the food security of our communities, increase and fund community sustenance gardens, require that restaurants and grocery stores donate food they would have otherwise thrown out to non-profits or other community groups that can distribute it, and increase the number of food distribution sites in the community to pre-pandemic levels or higher.

While all these things are being done and intelligent gun legislation is pushed forward, we must fund gun safety education and safe storage.

Our gun violence problem has always been a policy and priority problem. We will never incarcerate our way out of this, nor will more police or national guard occupying our neighborhoods stem the tide. It will only further terrorize our children while solving nothing! It hasn’t worked yet; we need to get at the root of the problem.

The Philadelphia Platform: An Historic First

A bold plan to fight poverty in Philadelphia. [more…]

How to keep Citizens and Guns Safe