The Holiday Lights Ride is a guided group roll through South Philadelphia’s most spectacular streets during the most magical time of the year. This year marked its 10th Anniversary, and easily 300 people came out December 14th to ooh and ahh together over twinkling displays that seem to get more elaborate around every corner.

The sightseeing goes both ways, too. Everywhere we went, pedestrians stopped in the street and neighbors came out on their doorsteps to wave and watch us go by. We were a festive crew: bikes of every kind, glittering with lights & garland. Friends, couples, and families all dressed up like Christmas trees (one person wore a literal Christmas tree on their helmet!). There was even music – all variety of Christmas tunes, playing from this bike or that.

Check out one magical minute below as we cruised up the Miracle on South 13th Street. This community display runs from Tasker to Morris and goes back decades, with lights and decorations up every house, tree, pole, and sign post. No wonder thousands of tourists make the trip every year. Feels almost like cheating to have our own personal cruise-through.

So much fun! It’s also FREE, and expertly organized by the Bicycle Coalition of Greater Philadelphia, whose top priority is safety throughout a 7ish-mile kid-friendly route with zero hills or challenges. The massive crowd is divided into teams flanked by designated staff/volunteers who speed ahead at intersections to manage traffic while the group passes through. It’s all very seamless and efficient.

Fun Fact: this technique is called “marshalling” or “corking,” and it’s a social riding skill pulled from the pages of Critical Mass, an early cycling movement that pushed for a lot of bike-friendly infrastructure you see now. Started in San Francisco in 1992, it soon spread to hundreds of cities around the world (including Philly). Critical Massers hold free monthly rides to celebrate and demonstrate that our streets are for everyone, not just motor vehicles. As their catchphrase goes, “We’re not blocking traffic, we are traffic!”

Critical Mass rides are a party, parade and protest all at once. With technically no official leadership, these events are considered “spontaneous gatherings” that fall outside municipal requirements for fees and permits. It’s all very loosey-goosey and underground, which might feel sketchy if CMers weren’t so goshdarn friendly and inclusive. That’s the point, though, right?

“We’re just taking our turn,” one dude said to me on a Washington DC ride in 2007, where corkers handed out flowers and candy to drivers waiting as we passed. Over the years, though, friction between motorists and cyclists – while rare – became a real buzzkill. Ridership plummeted. It started to look like the Critical Mass movement was over, and then the pandemic happened, and thousands of new bike riders turned to pedaling for COVID-safe commuting (and just blowing off steam).

People also started taking a second look at public space. The idea to claim some of it back doesn’t seem so revolutionary, now that we’ve all seen how enjoyable a city can be when it’s not crammed with traffic. By the time Critical Mass celebrated its 30th anniversary this September, a new renaissance was firmly on the way.

Social riding is back, baby! Here in Philly, Critical Mass is just one of several free group rides happening regularly in the city. Now’s a great time to get in on the fun of rolling en masse through lively neighborhoods with new friends. Mark your calendars now! Here’s to living our #BestBikeLife in 2023.

Wednesday Night Rides – This group holds social rides every other Wednesday evening, generally meeting at the Art Museum but you’ll need to sign up for their newsletter (or follow them on Reddit) for specs.

Philly Full Moon Bike Ride – Join up for an evening of fun and cycling solidarity, taking in city streets under the full moon. Meet at the Art Museum, we’ll ride until we find a howlin’ good watering hole! Come one, come all! Stay and hang or peel off at will. See Facebook page for times/details.

No wheels? No problem: Indego to the rescue! The city’s ridiculously popular service lets you borrow a bike to your destination and then leave it there for the next person. Though tourists love Indego’s $15/day pass, most users are Philly residents who can take advantage of deeply discounted $20/monthly and $156/yearly packages. More than 150 stations, offering e-bikes, too! Find a location: rideindego.com/stations 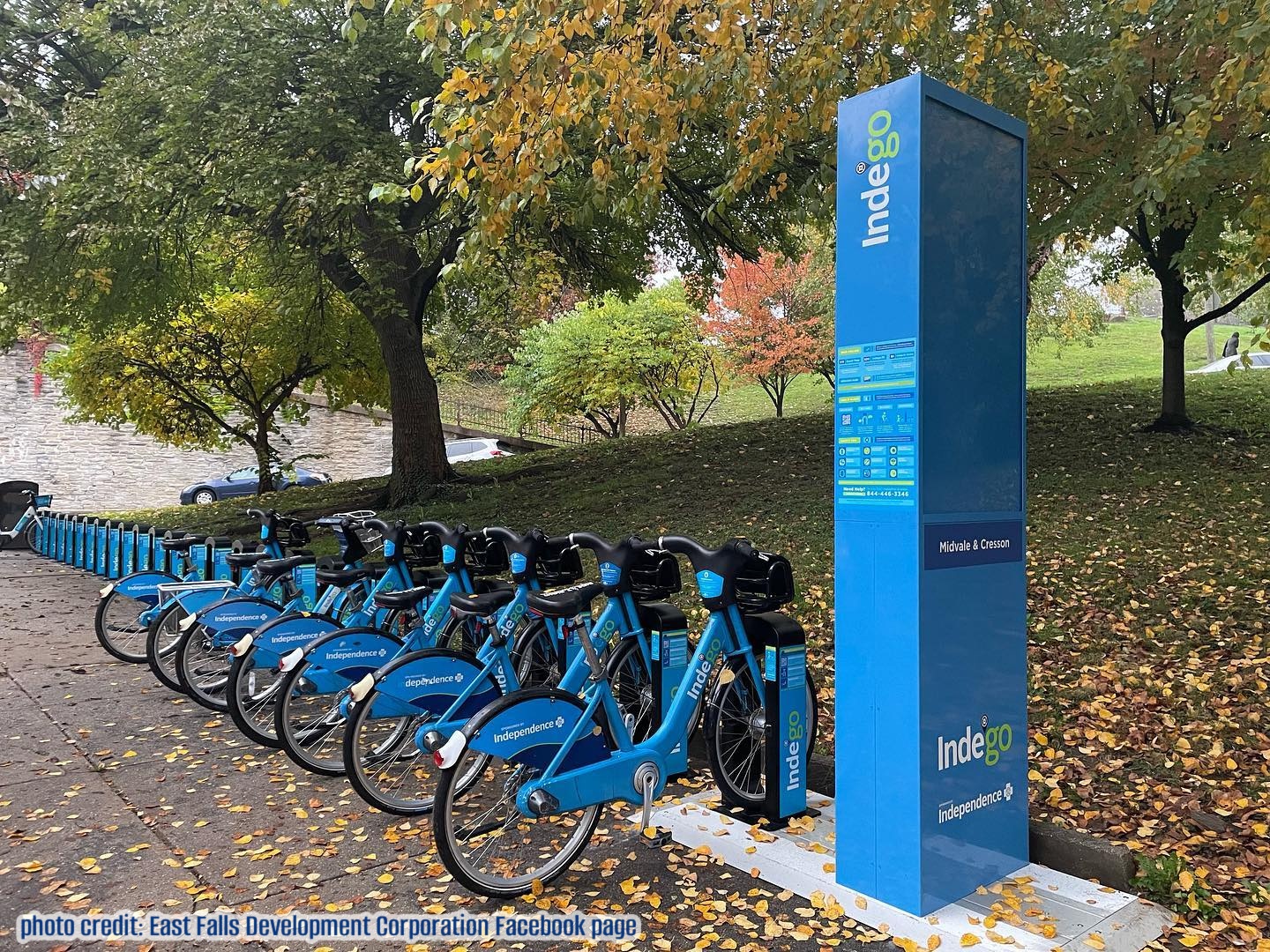 The Bicycle Coalition of Greater Philadelphia supports efforts to make bicycling a safe, healthy, and sustainable way to get around. Sign up for a full library of local rides and other resources. Membership is pay-what-you-can, suggested base cost is $60/year and includes a sweet t-shirt.

Reflections on the importance of sharing the road [more…]