Andrew Malkasian became a history teacher in part because of stories his grandmother used to tell him about a special place called East Falls. History’s taken several turns since he drifted off to sleep with those tales in his head, but East Falls went from dream to reality last year when he purchased a house on Midvale Avenue.

Comparing those two East Falls has been a source of wonder for him since he settled into his new home in July, but nothing has surprised him more than discovering that his grandfather attended Mifflin school – just down the street from his front door. Stranger yet, it’s also the school Andrew’s daughter will be attending this year.

“It’s really a weird coincidence,” he said. “I knew he had a connection to the Falls from family stories, but I could never find documents to pin that down exactly. His family lived a pretty nomadic existence.”

For years, that history kept him searching, but a recent discovery by his mother of pictures and report cards from Mifflin (and Andrew’s own census sleuthing) brought details of a hidden early life into focus.

To find out more about that life, and its East Falls connections, we fired up our Zoom cam to chat with Andrew.

How much did you know about your grandfather before the Mifflin connection?

AM: I knew quite a bit about his professional life, from the time he graduated from college. I didn’t know much about his childhood, but what I’ve come to realize is that it was pretty hectic. His father died when he was a young man, leaving his mother to look after him and his sister. It was tough enough for a woman to find a job at the time, and it didn’t help that she didn’t have skills or a specific trade. So they were a bit nomadic as they tried to find a way to get by.

How did you find out he went to Mifflin?

AM: I’ve been trying to nail down the history for maybe 10 years. In the last few months, it came to a head when my mom got these documents from the late 1930s and early 40s, including Mifflin report cards, after a family member passed away.

How was he as a student?

AM: Well, he was an OK student, which is kind of ironic because in his later life, he was an incredible academic. A man who dedicated his life to education. He was a math professor in college. Dean for a long time in New Jersey. He even helped develop a science program at Camden County Community College. His name is still on the Honor Society there. So it’s strange to see some of these report cards.

What else did you learn from the report cards?

AM: I think they say a lot about what was going on in his life at the time. First off, he was never late, but he’s absent regularly. And my best assumption is that his mom worked multiple jobs, so he had to help out around the house, including taking care of his little sister.

And it’s kinda sad, because in each of the report cards there’s a “physical checkup” section, and for four years running, he’s listed as underweight. My grandmother used to tell me stories of him having to sometimes steal bread from places. I grew up not entirely believing it, but when you see these reports about being underweight, it’s pretty convincing. Of course, he would never say anything about it to me because he was from a sort of “stoic gentleman’s” era. You didn’t talk about stuff like that.

Do you know where he lived in East Falls?

AM: Yes, I found his address in one of his yearbooks. It’s where Thunder Mug Café is now. I’m not sure of the building’s history, but I assume there was a storefront and his family lived upstairs. Probably a small apartment, given their financial difficulties.

Did his academic career influence you to become a history teacher?

AM: This answer will sound ridiculous but it’s the same answer I give everyone who asks. My love of history began with my grandmother telling me bedtime stories about East Falls. Instead of reading from children’s books, she had all these memories of growing up here. It was transformative in so many ways, because I used to think of East Falls as – I don’t want to overstate it, but it was also in the mind of a five year old – as this perfect place. She emphasized community, she emphasized the 4th of July parties and parades and stories about family members. Her cousins and aunts and uncles lived here. Her grandparents too.

She talked about cleaning the front steps of the rowhome on Calumet to get a dime to go to the movies on Saturday nights. Going to church (and school) at St Bridget’s, and just telling me about a world and a time that existed well before me. And I think that’s where my love of history comes from. It may have been there innately too, but she at least brought it out. 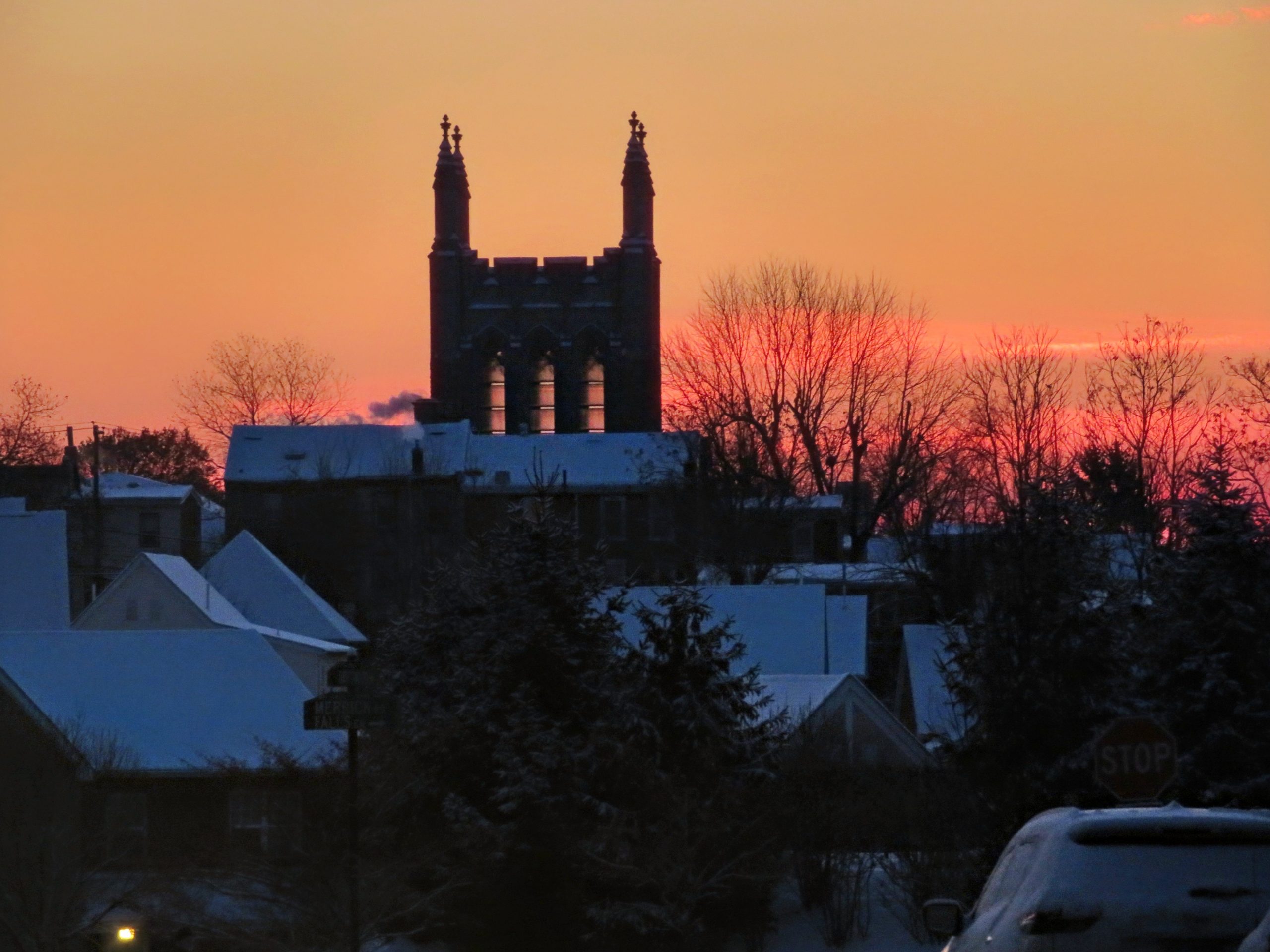 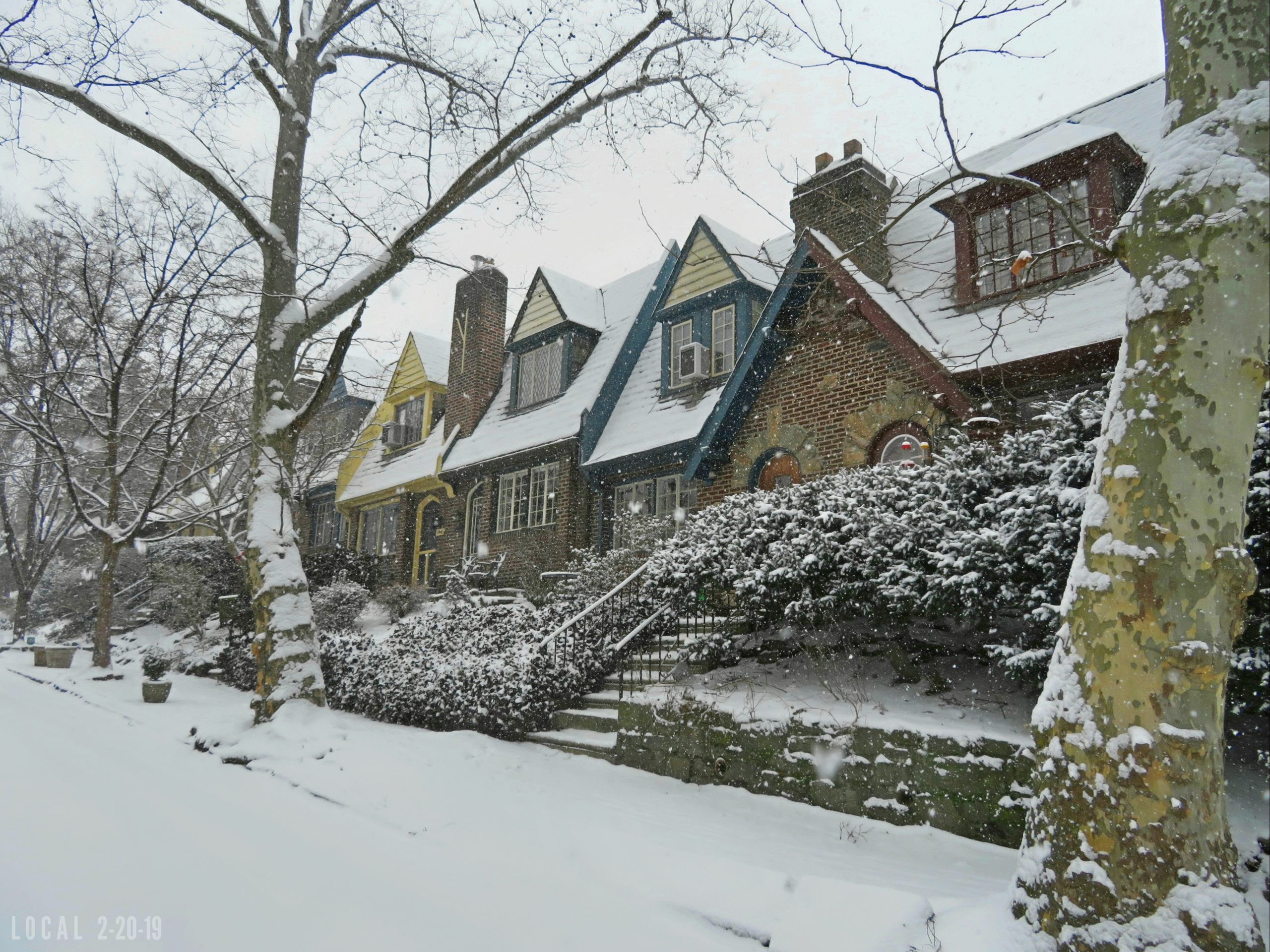 Any neighborhood characters you remember from those stories?

AM: Unfortunately no. It’s a truly tragic story because her life was upended after her father got severely sick and couldn’t work anymore. They lost everything and had to move to Kensington, which she did not like to talk about because I think it reminded her of what she’d lost by leaving East Falls. She felt separated from St. Bridget’s, from her school, from her family. It’s less about the individuals and more about the familial bonds that were broken. When she told me those East Falls bedtime stories, it makes sense she’d build them up into a perfect place because it reminded her of a better time before things went bad.

Did those stories influence you when you were shopping for a house?

AM: They did, but the most important thing on our minds was moving closer to my wife’s work. She’s a teacher in Norristown and we were living in South Philly when we made a decision to buy a house. About a year ago we started taking the kids – our four year-old Eva, who’s going to Mifflin next year, and our two year-old son – to different areas of the city, going to parks and walking around just getting a sense of what areas we liked. But I was hoping we’d choose East Falls because of the familial connection.

How has it been living here so far?

It is like the neighborhood my grandmother described in terms of a community feel. Even the pandemic couldn’t lessen that. I’ve gotten to know my neighbors, at a distance of course, and they all know who Eva is. She was happy to pass out Christmas cards, and knock on doors and say hi. I’ve lived other places in different parts of the country – small towns, big cities, all sorts of different communities – and this is the one that’s the tightest knit. It feels good. It feels like a place we’re going to stay for a long time. And it feels really good to raise kids here. 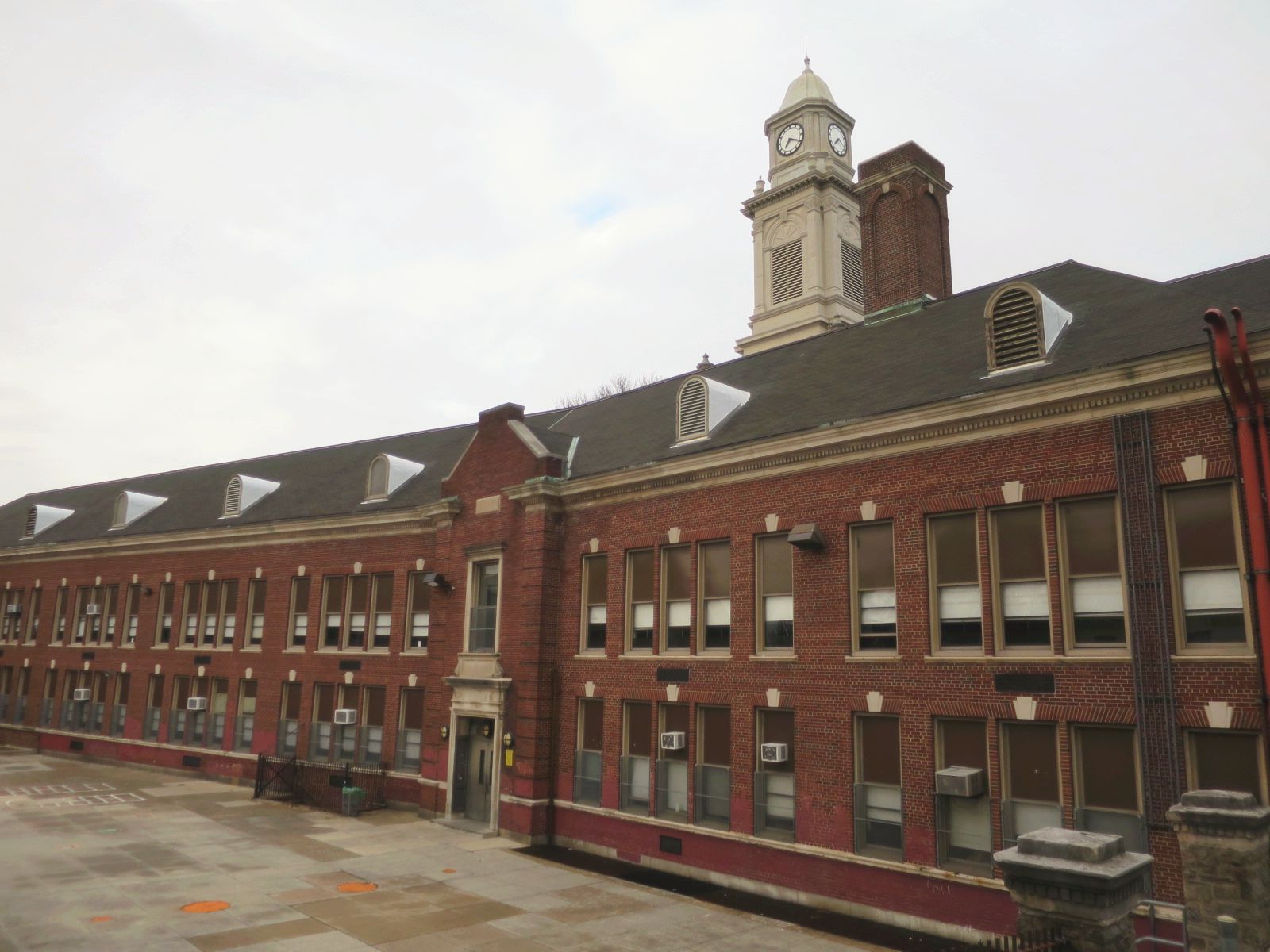 Have you been inside Mifflin yet?

AM: Only once, when I voted. But once we get a chance to go inside again, I’ll try to look up his room numbers, which I have on his report cards. I don’t know if the room numbers have changed in 80 years, but if they haven’t, that’d be amazing to know the exact rooms he was in. And quite frankly, that’s how I feel about Thunder Mug too. Getting coffee from the place my grandfather once slept in gives me this sense of connection.

Finally and with great anticipation: speeches from the Grasso ground-breaking.  [more…]