Original short story about a couple on a snowy walk down East Falls’ oldest street.

Please enjoy this short, sweet moment by East Fallser Andrew Jaromin. “On Indian Queen Lane” puts into words the special sense of communion humans feel for our shared surroundings — how that love helps bond and uplift us. Pics here are from this historic street from January 29th’s Nor’easter, which blanketed the area with about 7 inches of snow while packing ferocious cold and winds.

The snow was a buffer, falling heavily and silent on Indian Queen Lane. It seemed to tuck the world in, letting it drift off to sleep under the caring watch of the streetlamps.

The day had gotten away from us, and what had initially been meant as an evening run was now an evening walk. I held her hand because I wanted to, but also partly because we’d only brought one pair of gloves with us. She wore them, of course, her hands far too small, giving her the appearance of a 1930’s Mickey Mouse cartoon.

We walked our normal route, at a less-than-normal speed, at an abnormal hour. The crunch of snow was the only noise that followed us. She whispered its beauty. She didn’t have to, but I was glad she did. The night would’ve felt empty without the words.

“Do you think it knows?” I muttered with a softness meant to match the snowflakes.

She stopped, gathering herself and her red scarf. Looking at me, she crinkled her nose as a request for clarification. I’d known she would, but I’d wanted to see her nose crinkle. I smiled at my small victory.

“Who?” her voice twinkled.

“The street, the snow, these cars, this whole scene,” I said, “Doesn’t it know how picture perfect it all seems?”

She flashed me another smile. Radiant.

“Doesn’t it deserve to know?” I asked.

I was suddenly sad, knowing that this street, this night, would never witness its own elegance.

“No,” she said, cradling my arm tight, “this level of perfect would come with so much pressure.”

She turned, pulling me along once again.

“And I would hate to chase it away.” 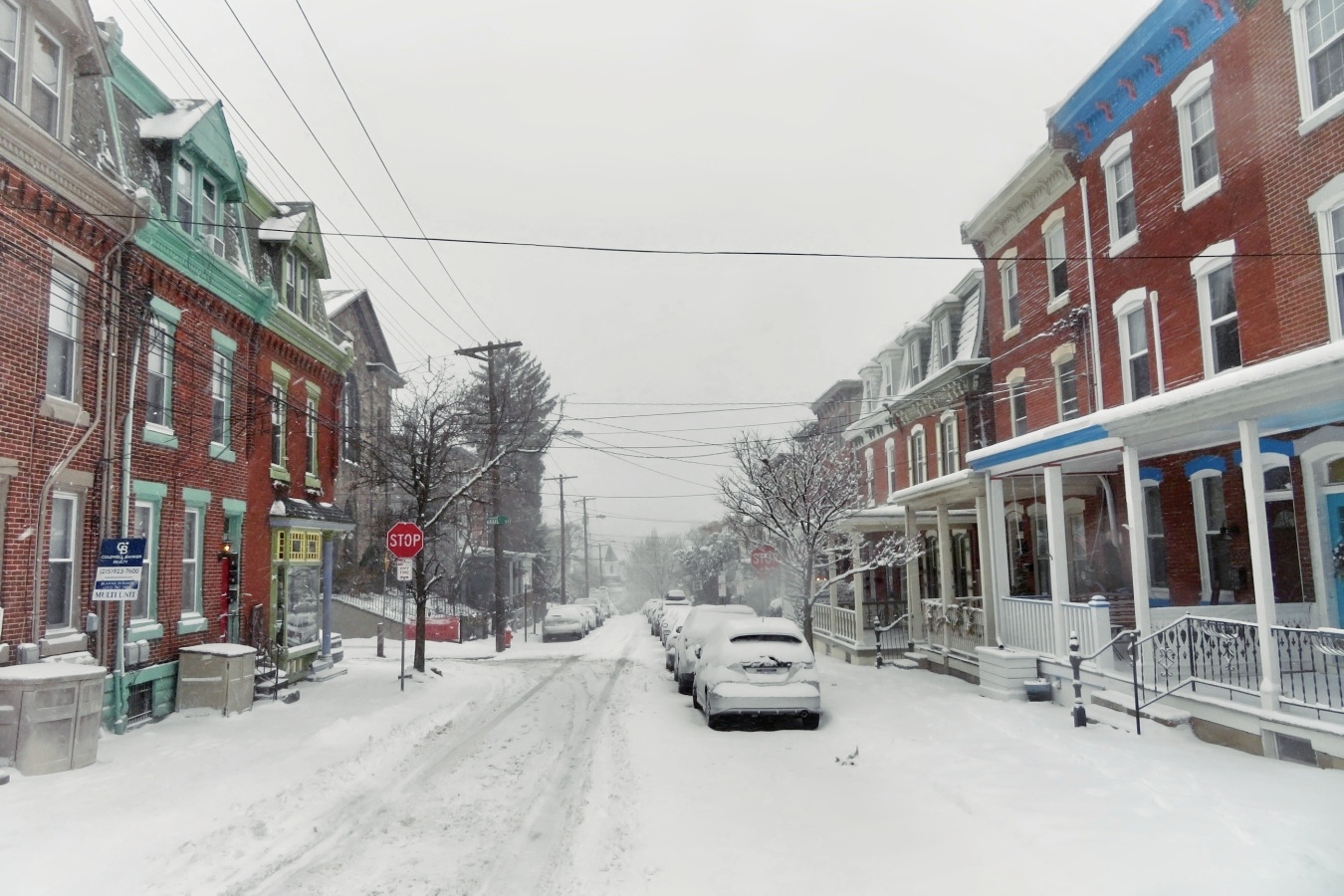 Learn more history about Indian Queen Lane in this fascinating walking tour that covers the oldest part, from the railroad tracks to the river.

About Andrew Jaromin 3 Articles
Andrew Jaromin lives on Indian Queen Lane in East Falls and has done so ever since graduating from Saint Joseph's University five years ago. Although originally from New York he has come to consider Philadelphia his home. He works as a 4th Grade Reading Teacher at Lindley Academy Charter School in North Philly, where he also coaches basketball. He doesn't like to brag, but if he did, he might mention how he has won two championships back to back with his middle school girls basketball team. Andrew is also a passionate writer, who is simply looking for his big break on one of the novels he has written. He is looking to share his short fiction stories with the paper in the near future! More writing by Andrew can be found at andrewmjaromin.com.

After four weekends of dry-walling, the Krail Street house pushes hard in the home stretch! [more…]