Invasive Lanternflies are on the loose in PA. Here’s what you can do about it. Also, some tips for rescuing baby Gray Squirrels. 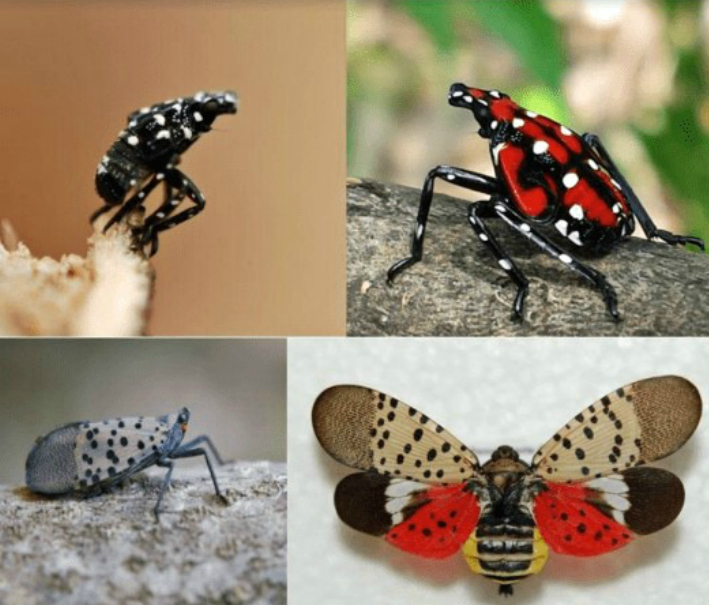 First spotted in Berks County in 2014, the invasive Spotted Lanternfly (SLF) has been seen in a number of Philadelphia locations including nearby Valley Green Road and other Wissahickon Park areas. While partial to the Tree of Heaven (also invasive in our area) it will feed on fruit trees, grape vines, hops, hardwoods and other trees and plants we care about. They can cause enormous damage, so we urge you to learn to identify them and to kill as many as possible at all stages of the lifecycle.

A commonly recommended method of population control is to place sticky bands around the trunks of trees you wish to protect. (When SLF nymphs first hatch, they will walk up the trees to feed on the softer new growth of the plant, providing a chance to ensnare them on the tape). 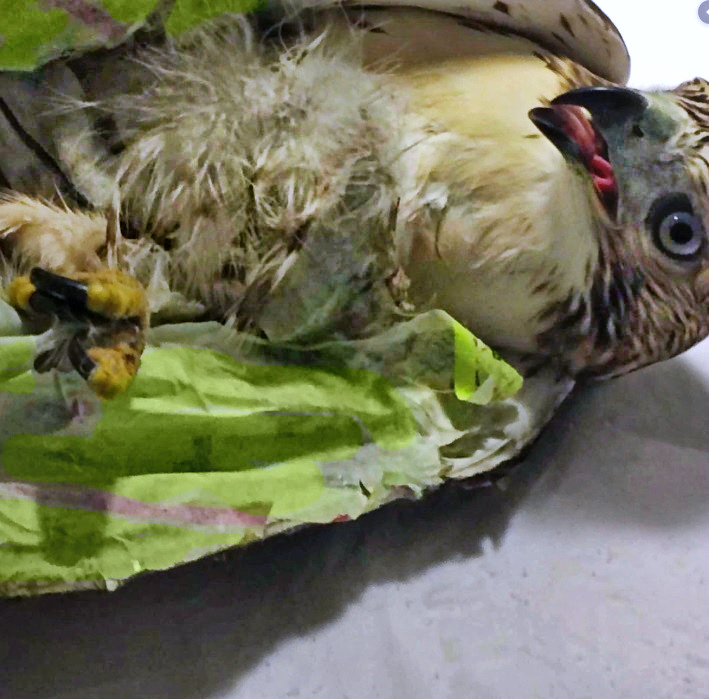 While this can be an effective strategy, it also has unintended consequences. Many birds and small mammals including bats, woodpeckers, flying squirrels and even hawks have become stuck on the sticky substances – and many die horribly. We have had dozens of animals ensnared in this paper brought to us as patients this summer, mostly woodpeckers.

Here are some tips for reducing the impact of SLF sticky bands on wildlife.

For more information and pictures of SLF at all stages, check out the video above or swing by the Penn State Extension ‘s website for extensive information on this merciless invasive insect that MUST DIE!!! 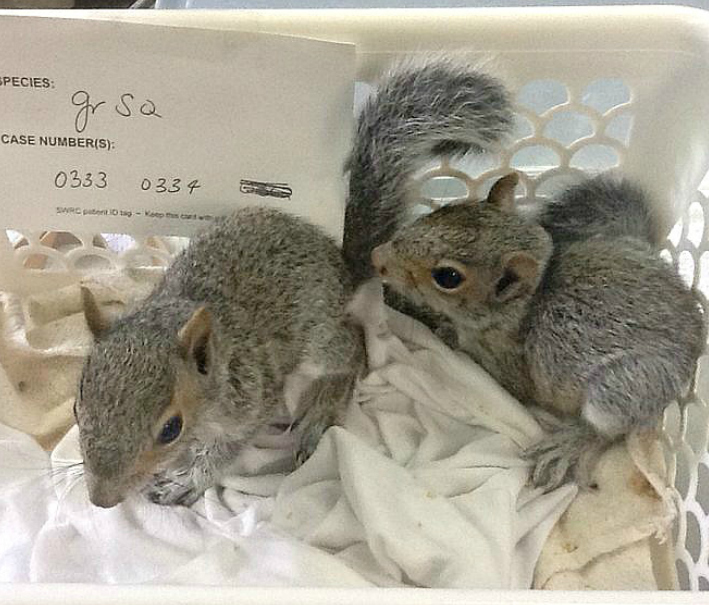 It’s that time of the year for baby Gray Squirrels

Many wildlife species produce young at specific times of the year – times that both coincide with a nourishing food supply and allow time for the young to mature to self-sufficiency before harsh weather sets in.

Gray Squirrels, our most common local species, have two distinct birthing seasons – early spring, starting as early as late February, and summer beginning in late July. At Philly Metro Wildlife Center we had an incubator full of baby squirrels in early August, brought in by concerned animal lovers. Most often they have been found on the ground.

If you encounter baby squirrels on the ground, observe them from a distance before taking any action. And keep all pets away, indoors.

If a nest has fallen out of a tree the mother will come for them if she is alive, and often has built a secondary nest for just such an emergency. If they are injured, in danger or you believe the mother has been killed, call us for instructions and advice.

Baby squirrels require incubator support for warmth, a specific rehydration protocol, and specialized formula that mimics squirrel milk. Do not try to care for them yourself. If a tree has been cut down this advice, also applies. If the babies are uninjured, they are not orphaned, they are only temporarily homeless. You are always welcome to call us for advice on any wildlife situation you encounter.

Philadelphia Metro Wildlife Center is a non-profit, wildlife rehabilitation organization serving Philadelphia, Montgomery, Chester and Delaware counties. They are now located in their new permanent home at 2815 Township Line Road, Norristown. For more information visit their website at www.phillywildlife.org. Follow them on Facebook.