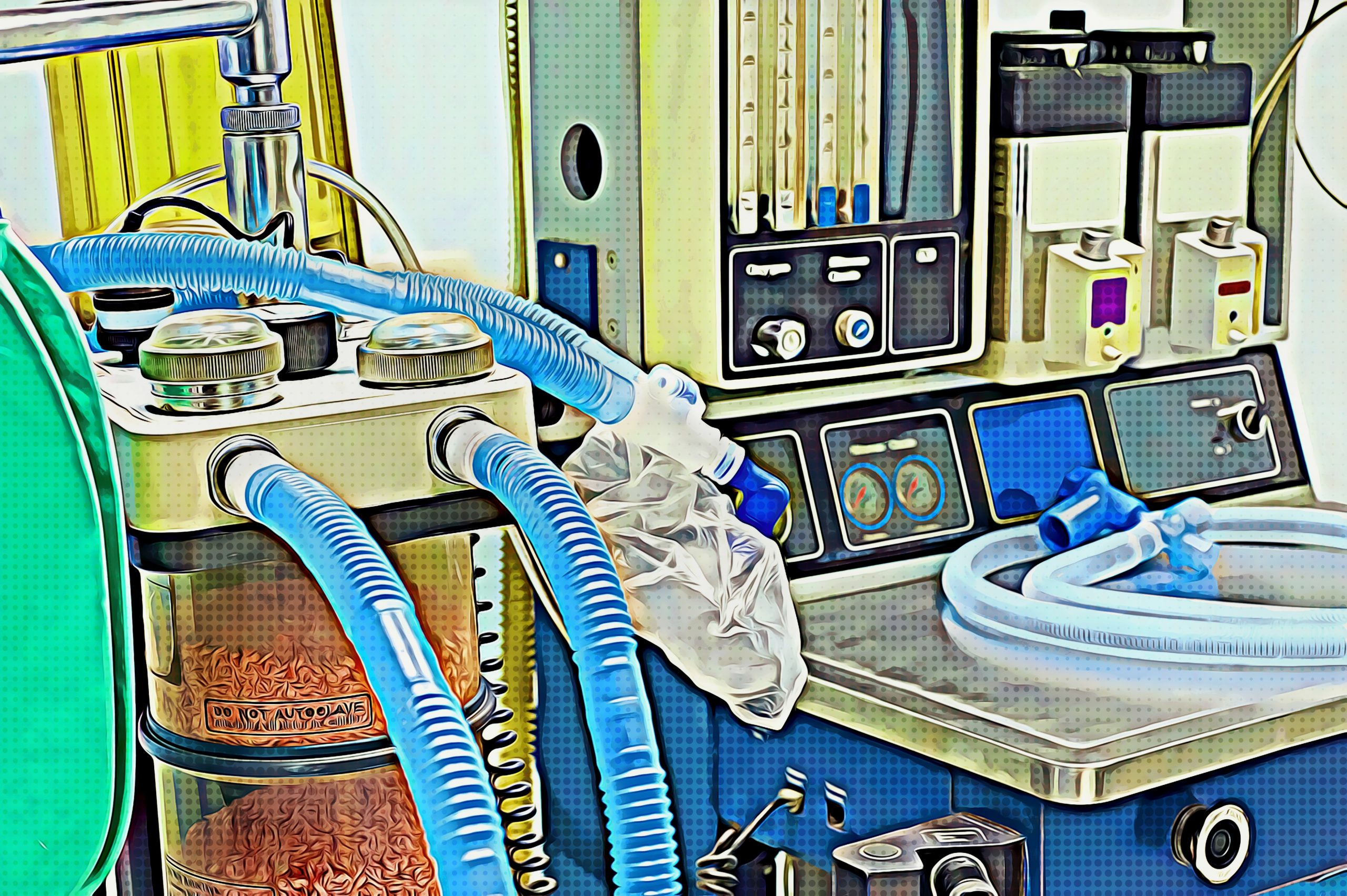 A year ago, at age 45, I awoke from a coma, brought on from a viral infection in my lungs. I was in the hospital, confused, mostly paralyzed, surrounded by – and connected to — machines. I was terrified.

I was also lucky as hell. I’d survived.

And, as the novel coronavirus continues ravaging America, my experience — one of an illness, then lung infection, then sepsis and organ failure — is one far too many others now will face. That sequence is exactly the path COVID-19 follows. And while this is a fatal scenario for many — the focus on fatalities ignores realities like mine. People assume surviving means “back to normal.” For some, that will be true. But for others, like me, surviving, while infinitely better than the alternative, sucks.

My story began in January 2019, with the flu. Just the flu, as I’d gotten so many times before. I was young (mid-40s is only old to my kids), and healthy. I figured I’d eat some soup, sleep in a day or two, and be back on my feet.

But my flu hit my lungs – again, just as COVID-19 does – and that led to pneumonia and sepsis.

Look, I’m not trying to scare anyone. Most of us are scared enough. Yet we’ve all seen the photos of younger people ignoring social distancing guidelines because they imagine themselves “not at risk.” We’ve seen Facebook friends, and even politicians, still dismissing this disease as “just the flu.” Acting like mortality rates are all that matter. I’ve talked to people who tell me they’re not worried – “most people who get it will survive.” 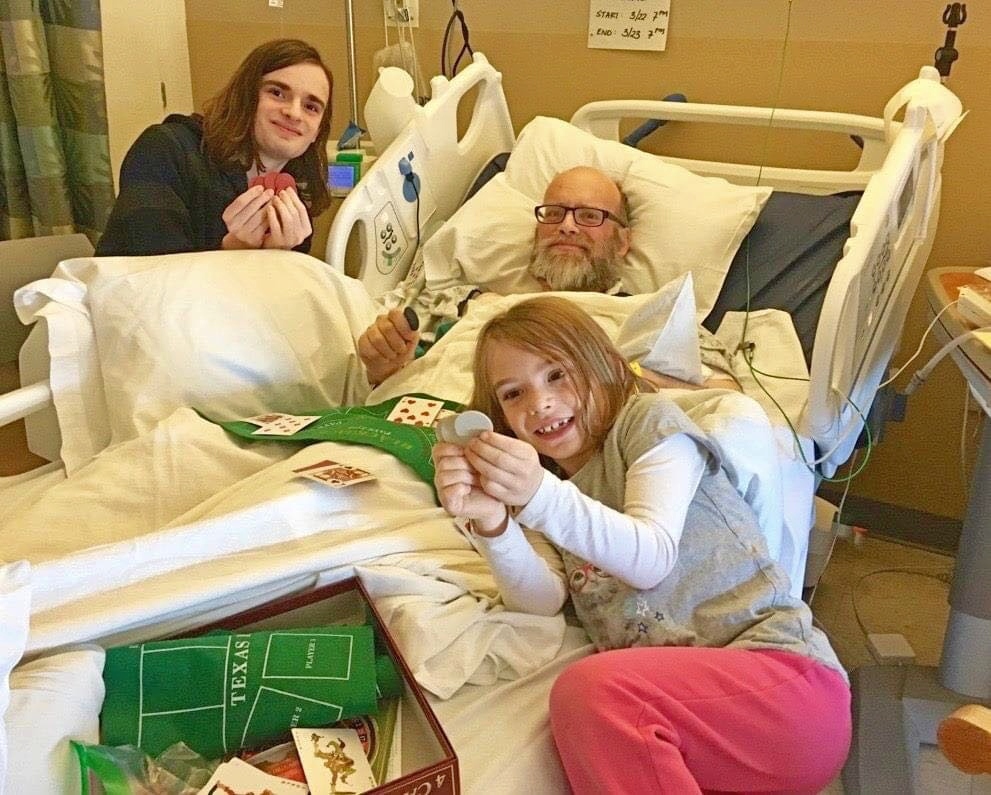 To them I say: Survival or not — lung failure is terrible. Think of waterboarding — and how the fear of drowning works so well as a form of torture. Now imagine that fear in your bedroom, as your lungs fill with fluid. Coughing, gagging, struggling futilely to make room for oxygen amidst the phlegm. Do you really want to experience that?

My family, worried when I didn’t answer the phone, called 911. EMTs found me on the floor, seizing, unable to breathe, drowning in my own mucus. My temperature spiked to 106. After an agonizing couple of nights, I fell into a coma.

My medical records dispassionately paint a horror movie in which my body is a group of teenagers going into the basement to see what the noise is.

My organs started failing one by one: my lungs, my kidneys, my liver, and my pancreas. My stomach bled. My brain swelled from encephalitis. My blood pressure fell precipitously, then spiked. My gall bladder turned gangrenous and had to be removed. I lost nearly 100 pounds – mostly much needed muscle.

My family was told to say their goodbyes. More than once. I was not expected to make it.

The battle I fought is, with organ failure and associated complications, exactly what’s going on when you hear of people getting seriously ill and hospitalized from COVID-19. It’s excruciatingly painful.

I consider myself lucky to have been in that coma, to have some lingering amnesia. Because what I remember of lung failure – the gasping and gurgling, the pain of a body in panic shutting down, is a horrific trauma I’d give anything to forget.

The brain damage left me deeply confused, unable to talk, with horrifying waking dreams (I thought I’d been kidnapped and was being kept on a train. Also, because of the intubation tube and a Rip Van Winkle beard, I thought I was a walrus). I was starving – but not allowed to eat or drink for days due to the damage to my stomach and digestive organs.

There’s a medical name for this: “Post Intensive-Care Syndrome,” or sometimes “Post Intensive-Care Unit Delirium.” Doctors don’t fully understand the cause, but it happens when people are in the ICU for extended periods of times. According to news reports, doctors are already seeing it with COVID-19 patients. One told NBC News recently that up to two-thirds of ventilated COVID-19 patients may suffer from it.

Miraculously, though, my body began to heal. My kidneys resumed their functions – no more painful dialysis. My lungs recovered: I could breathe without help. My sight returned – though I’m permanently partially blind. I was allowed to eat again, and regained some weight. I also regained some feeling and movement in my legs. One by one, over the weeks, tubes were removed.

Still, I couldn’t walk. I needed full-time care. So after four months in the hospital, with the emergency abated, I was transferred to a nursing home.

When medical professionals discuss the lack of hospital beds in America as the virus spreads, keep those four months in mind. This wasn’t an “in-and-out” sort of situation. Many of the ill will also require a significant time in the ICU and beyond.

The next six months at the nursing home were spent slowly gaining independence. As my nerves returned, so did crippling neuropathic pain in my feet and legs. It was weeks before I could even put weight on my feet. 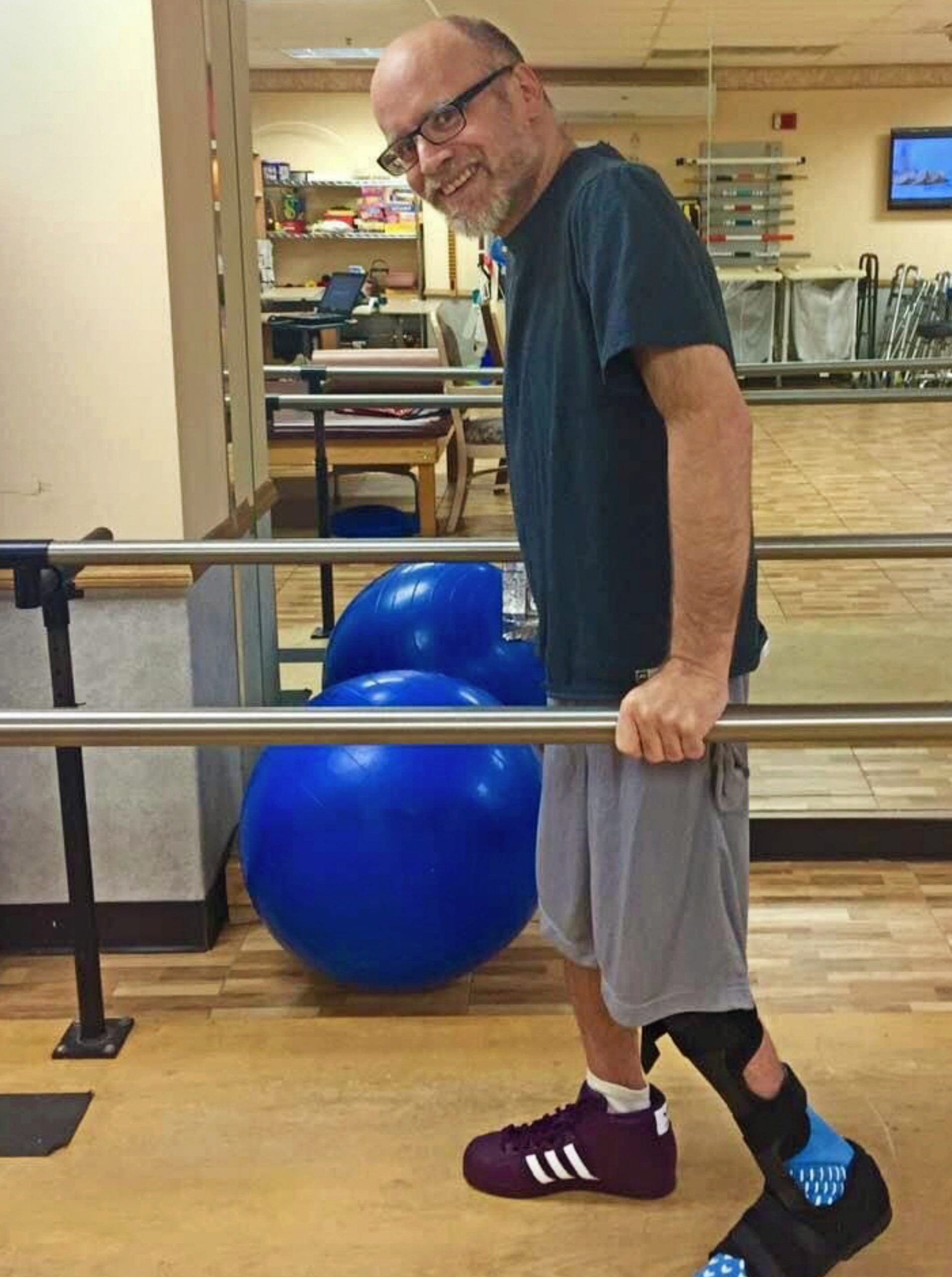 Months later before I could stand and take tentative steps (with two physical therapists holding me up). I eventually was strong enough to push myself in a wheelchair, dress myself, even get myself to a bathroom.

It was autumn when I was finally capable enough to return home.

I still can’t walk – though I use a walker more than a wheelchair now. I’ll always need some sort of chair, walker or cane. I’ll likely never drive again. I’m still in constant pain in my feet, and will always be. I have constant dizziness, nausea, and balance issues — a remnant from the brain damage — that undermine all my progress. There’s no fix for that.

There’s also no fix for the diabetes, though it’s under control. Also user control: the PTSD. And on top of it all, the remaining nerve damage means I’m still unable to move parts of my hands and feet like I used to – for example, typing this story was very difficult. You’d hate to have seen the typos.

So here I am. Alive. And stuck alone in my one-bedroom apartment. Self-quarantined. I’m now immunocompromised – if I get COVID-19, I am very likely to die this time. So my doctor says I can’t leave, not even to sit outside. I’m lucky to have friends and family close by — but they can’t visit. Not even my kids. Until this is all over, I can only wave at them from the window. It’s heartbreaking. I stare out all day, like a house cat.

But I’m not complaining. Because I remember what it was like to not be able to breathe. I’m suitably terrified of it. Frankly, I wish more people were. No one would complain about social-distancing if they knew the alternative.

So yes, most people will survive getting COVID-19. And yes, most of those surviving won’t suffer what I did. There’s comfort in that. But, sadly, many still will. Like me, those survivors will need to be hospitalized for months, and will have an equally hard time returning to life as normal – if it can ever return to normal.

Yes, most will survive COVID-19. But surviving isn’t always as easy as it seems.

About Eric F. Lipton 1 Article
Eric F. Lipton is a journalist, editor and educator living in Highland Park, NJ. His work has appeared in the Chicago Tribune, Salon.com, KTLA-Los Angeles, WPIX-New York and MTV. He currently is self-quarantining in New Jersey with his two kids and a once-stray cat he adopted from the nursing home.

Coronavirus might offer the greatest lessons of our lifetime. [more…]

You Oughta Be in Pictures