In defense of gratuity 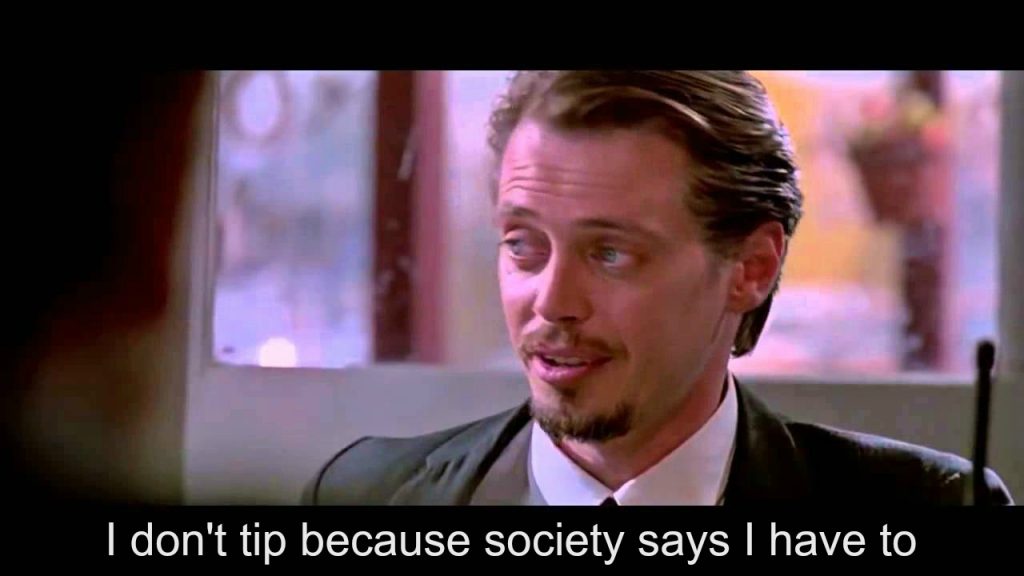 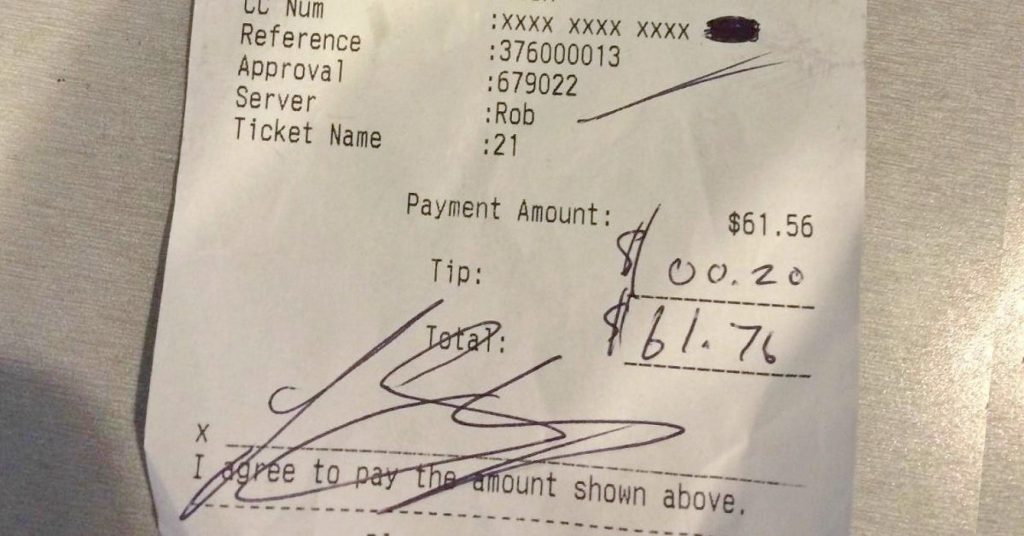 I stole a cookie. I stole it because I earned it. And I earned it because I have managed to keep the crimes I wish to rain down upon these patrons locked in my twisted imagination, tucked away and untouched for the sake of humanity – and my job. For those of you who have had worked –or still work – in the service industry, you’ll recognize this sentiment.

Immediately following my thievery, I made my way to the front corner of the restaurant; adjacent to the kitchen, close enough to hear the symphony of a busy evening. The place was crowded with patrons waiting to be served – and wowed. The distinct sounds of crashing plates and kitchen chatter filled the air. Needing to get away from the hustle and bustle for a minute, I headed for the restrooms. My wave of irritation rose as I realized they were occupied.

“How dare they,” I thought. Don’t they know that these comfort stations are a refuge for servers like me? One bathroom in particular was a favorite of mine – it had a baby changing table that was quite comfortable to sit on. Unlike the plastic death-traps you find attached to the wall of more corporate establishments, this one was a freestanding station made of dark wood, polished to a sparkling sheen. Reclining on it, I felt like a southern aristocrat surveying my imagined land. A brief moment of tranquil glory made delicious by a pocketful of stolen sweets.

I devoured the freshly baked cookies laughing to myself. Table 14 would have to settle for some other topping for their monstrous ice cream sundae. My giddiness suddenly gave way to a depressing realization – I have a college degree, I thought. I have read the classics. I can recite Shakespearean sonnets and monologues from monolithic works. I knew epic stories about great lives and kings and queens of vast and powerful domains. But sitting atop the bathroom changing station, it seemed for a moment that this was my tiny kingdom, and I was its monarch.

So why keep at a job that made me feel so small? Even in my dark mood, I knew waiting tables was not exactly a waste. As Frank Costello said in The Departed, “You can learn a lot, watching things eat.”

Which is to say we servers get pretty good at sizing up the customers. Some go out for a grand experience while others are simply looking for polite food-and-drink transporters. We try to gauge early on which one you are and act accordingly. We appreciate you spending your hard-earned money, but if your favorite dish has been taken off the menu, or it was slightly overcooked, we hope you can keep from blowing it out of proportion. Despite McDonald’s best efforts, the service industry is still a people-centric operation, with all of its occasional failings. The AI takeover hasn’t happened quite yet. 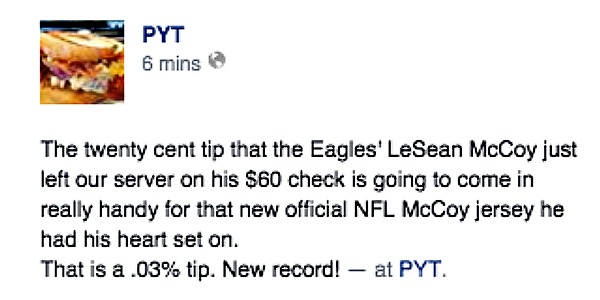 The question then is who wants a Disney animatronic character bringing you your food? Technology can screw you up – I invite you to type “Iowa caucus” into Google. The only difference would be that when the robots screw up, you will be denied catharsis by screaming at it for poor service. Your shiny server will simply, efficiently log your dissatisfaction for corporate data and move on to the next customer.

Since we’ll all have to deal with humans a while longer, it brings me to another question that every server from Cracker Barrel to Barclay Prime has asked: Is it that hard to tip appropriately? Is the math so daunting that you can’t add $12 to your final bill?

Most places do the heavy lifting for you, and list it conveniently right at the bottom of your receipt. We are not looking for grand gestures, or overt flaunting of one’s wealth. Just recognition that, despite the shortcomings you may feel about the restaurant, serving tables is still our livelihoods. How we make rent, how mom’s pay for school supplies, and how many begin to save for college. 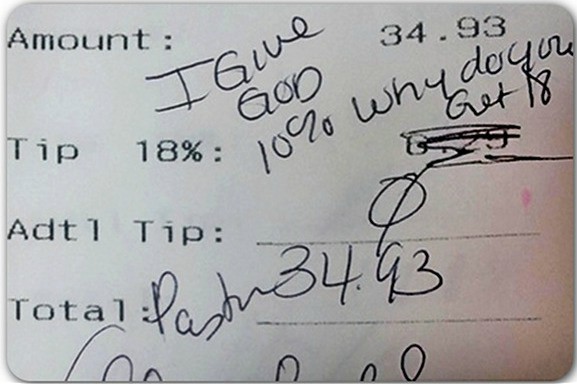 For many, the solution seems obvious – pay the servers a livable hourly wage. Then the sting of a less-than-adequate tip wouldn’t be quite as bad. That makes sense – until the pesky rules of capitalism get in the way. With these higher wages, customers may find that their beloved $4 soup now requires deeper pockets on a weekly basis.

Also, imagine the hoops servers would have to jump through. Performance reviews anyone? A bi-weekly report of your “server metrics” would erode any hint of enthusiasm you might’ve still had for the job (and make for some very unhappy customers to boot). No, we don’t need any more performance reports, we already have the only one that matters – the tip customers leave.

Now, none of this is an attempt to make you feel guilty in a restaurant. If we forget to bring you ketchup, it’s an honest mistake and we’re happy to fix that right away. But if you thinned the tip to 10% because you had to endure 60 seconds of dry fries then you, my friend, are truly a lost soul. There are an abundance of social programs and religions that are more than willing to help guide you back to the light. 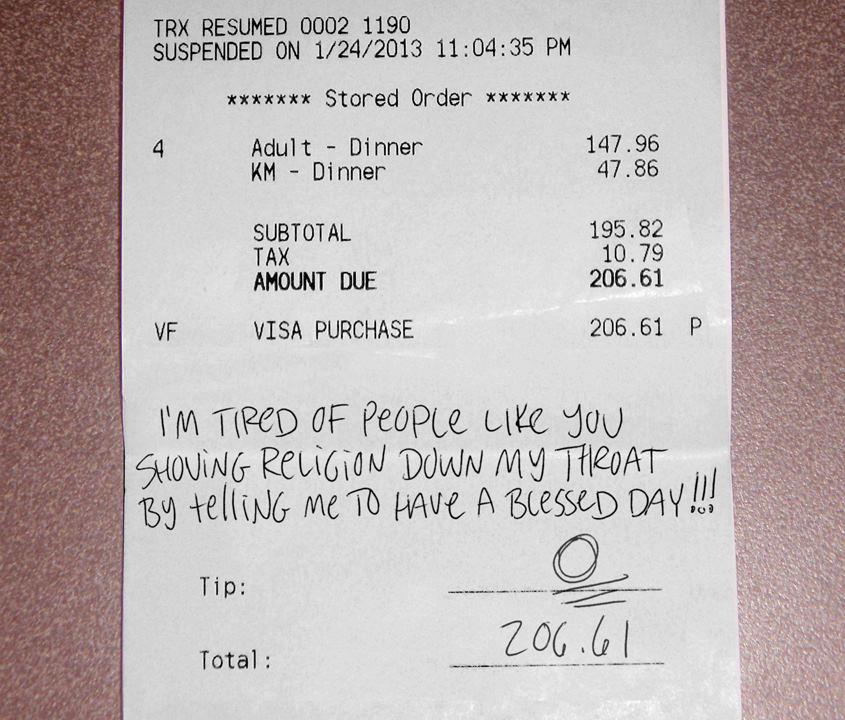 In all of this, I keep coming back to a saying my father had – “people are either good tippers…or they’re not.” This was usually accompanied by a shoulder shrug. To him, it was a fact of life. Something written in the stars. As genetically predetermined as your eye color. But I hope for the sake of the industry and the people in it, he’s wrong.