Local author Larry Benjamin’s novella imagines a world where vampires are outcasts, and how choosing to love one changes your life forever.  In the aftermath of Christian violence & destruction, two men have only each other to face the rising of a new Vampire Nation. 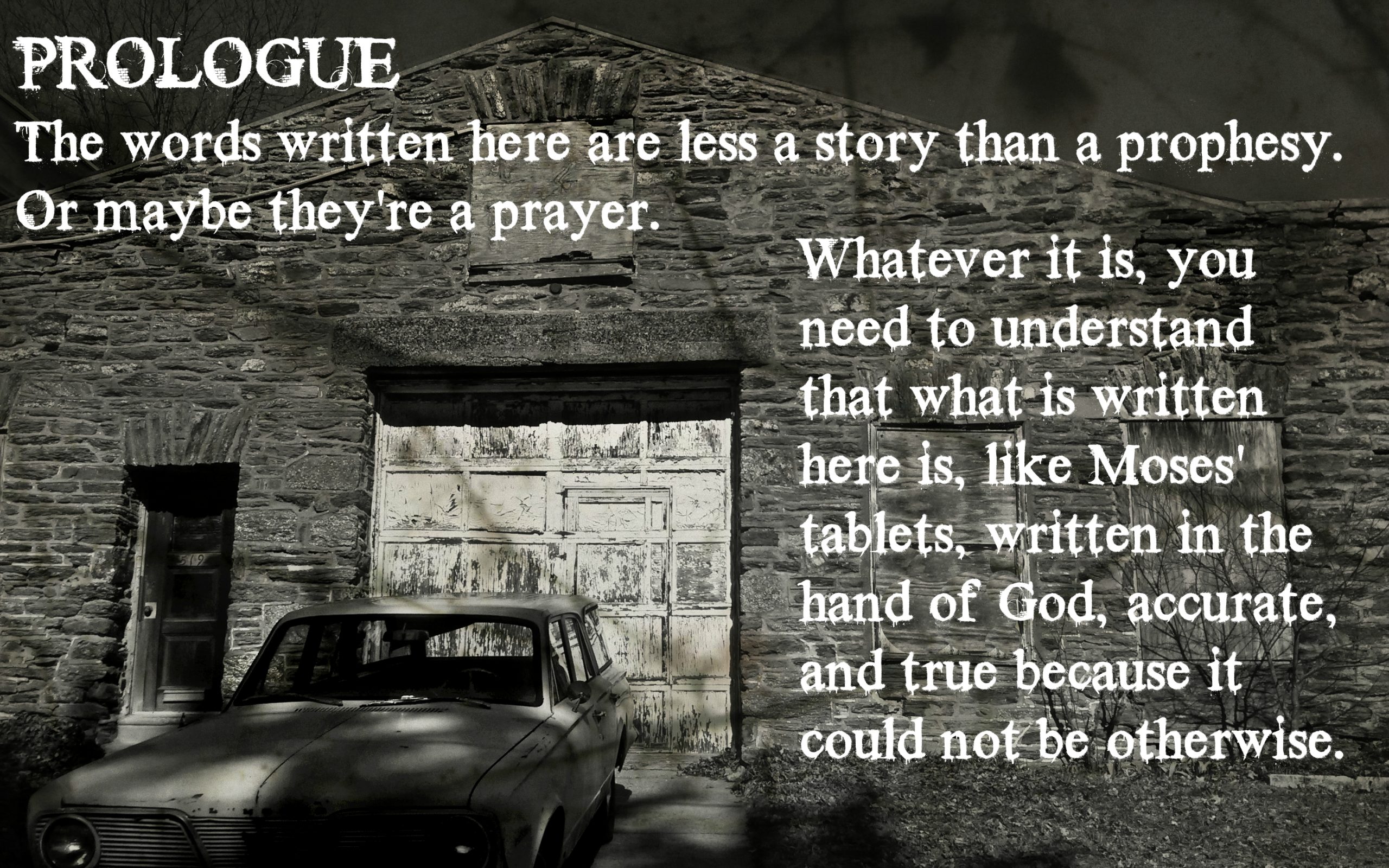 Chills! I may be biased (we’ve enjoyed working with Larry before) but when I read the prologue to Vampire Rising, I literally shivered at this harbinger of a really juicy vampire story. Like, the kind that soars to Gothic heights and practically heaves with romantic longing: oh the eternal, isolated life of these blood-lustful nocturnal creepers!

Larry Benjamin’s vampire Gatsby Calloway, however, is far from the Hollywood “Dracula” caricature — he’s a professor, for one. A concert pianist, a debonair party host, and a really nice guy who can’t resist his attraction to a handsome former student, Barnabas, now an artist. He also suffers a good deal of self-loathing and guilt over “turning” a dying human he had feelings for many years ago. 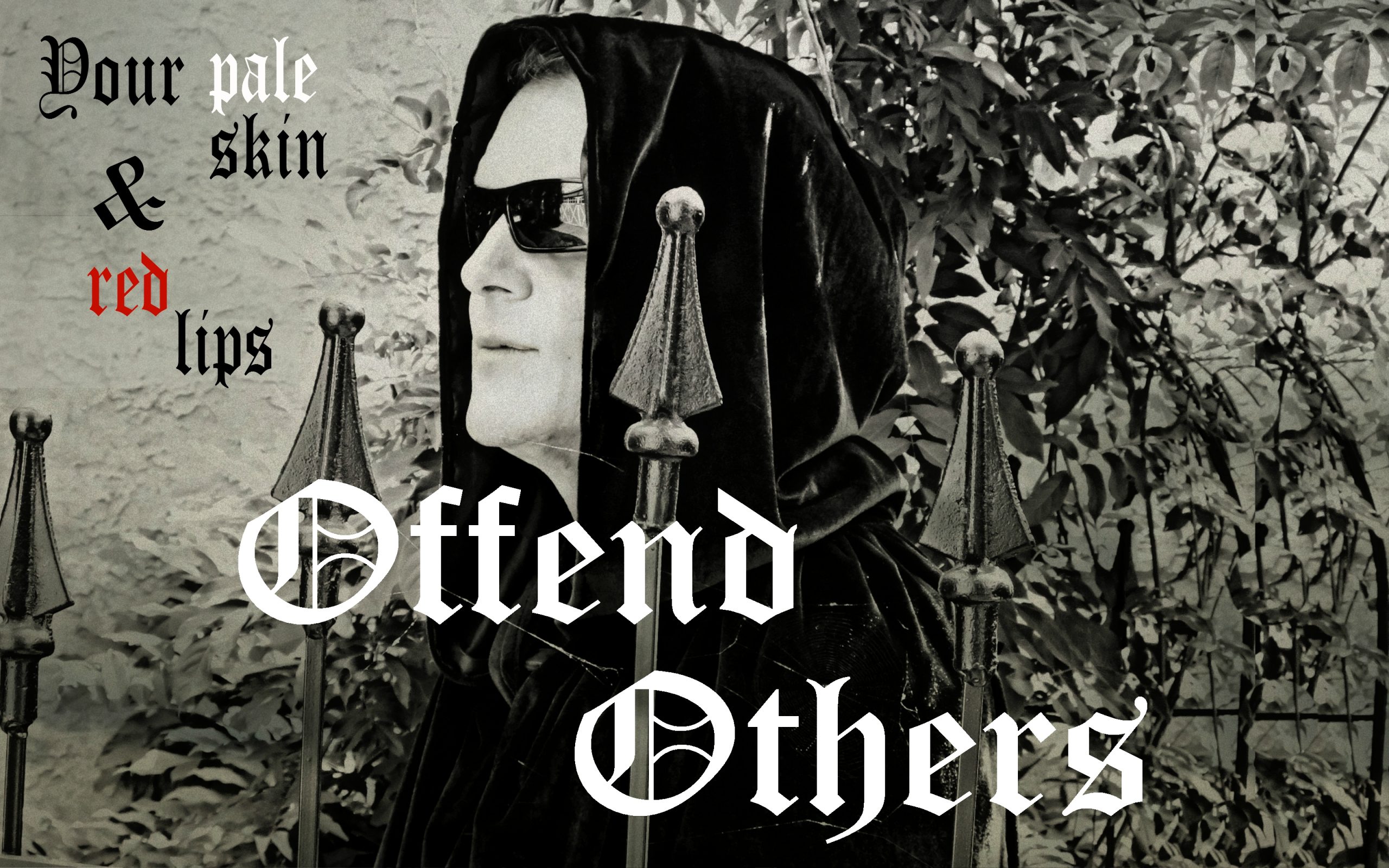 In the world of Vampire Rising, “vampirism” is caused by the “Human Vampire Virus” that only infects gay men — in straight men & women, the disease fails to replicate. With such a small segment of the population affected, victims of the disease are easily marginalized, discriminated against, and even persecuted. They don’t kill people, and in fact tend to only dine on each other, like a supplement that increases the virus’ strength in their system.

Regardless, vampires elicit so much suspicion & hatred — from fundamentalist religious groups, mainly– that they’d have been wiped out entirely if it weren’t for helpful side-effects like immortality & super-human strength. In this future world, vampires remain second-class citizens in hiding, without even basic rights.  So why on earth would you want to date one?

Such is the question Gatsby seems to be urging Barnabas to consider, despite the overwhelming connection between the two men, including years of unrequited pining. 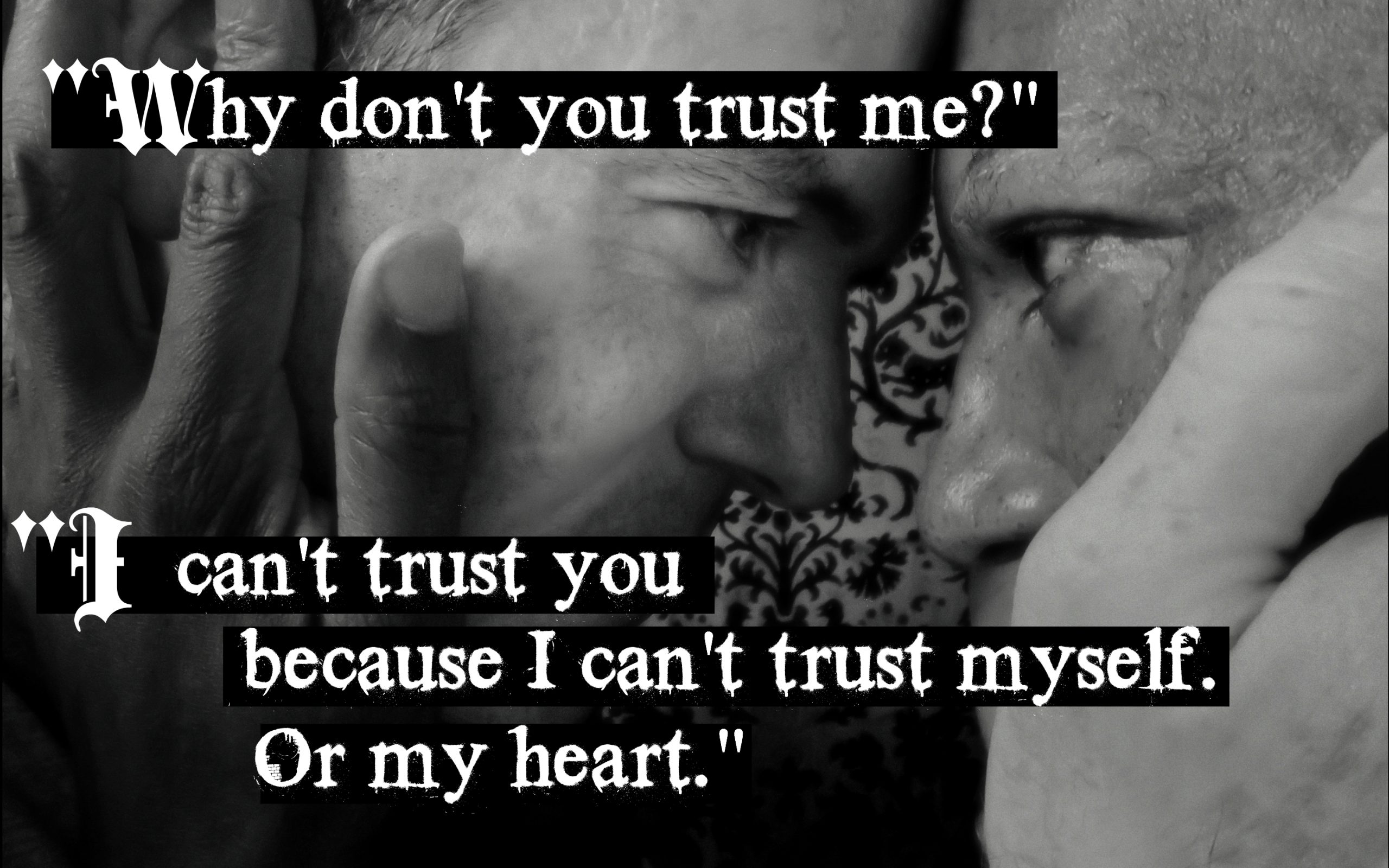 Barnabas begs his soul-mate to “turn” him, but Gatsby cannot accept such responsibility. As the two fall into a loving — if incomplete — relationship, Barnabas studies vampire culture and learns about all the difficulties and prejudices facing this maligned sect of society. He discovers a grassroots movement by vampires, demanding equal rights. He secretly plans to attend a big vampire rally, featuring the dynamic and controversial vampire speaker Malcolm V.

The rally goes horribly awry — thanks to the author’s twisted descriptions, I now cannot shake the image of a disembodied head watching its own severed body on a Jumbotron. Larry Benjamin paints a crazy scene…

Bloodshed! Retaliation! Retaliation on top of retaliation! In the midst of urgent conflict, these two characters discover a new life together. But what will this new day bring? How will this centuries-old vampire guide and protect his ingenuous young partner as the world changes so violently around them?

In a mere 58 pages, VAMPIRE RISING hits all the vamp-lit sweet spots (mystery, sensuality, fright, gore, etc) while providing some social allegory to chew on. The plot’s not bogged down with symbolism, but still strongly underscores the danger in denying basic human rights to even the most disenfranchised rung of society. 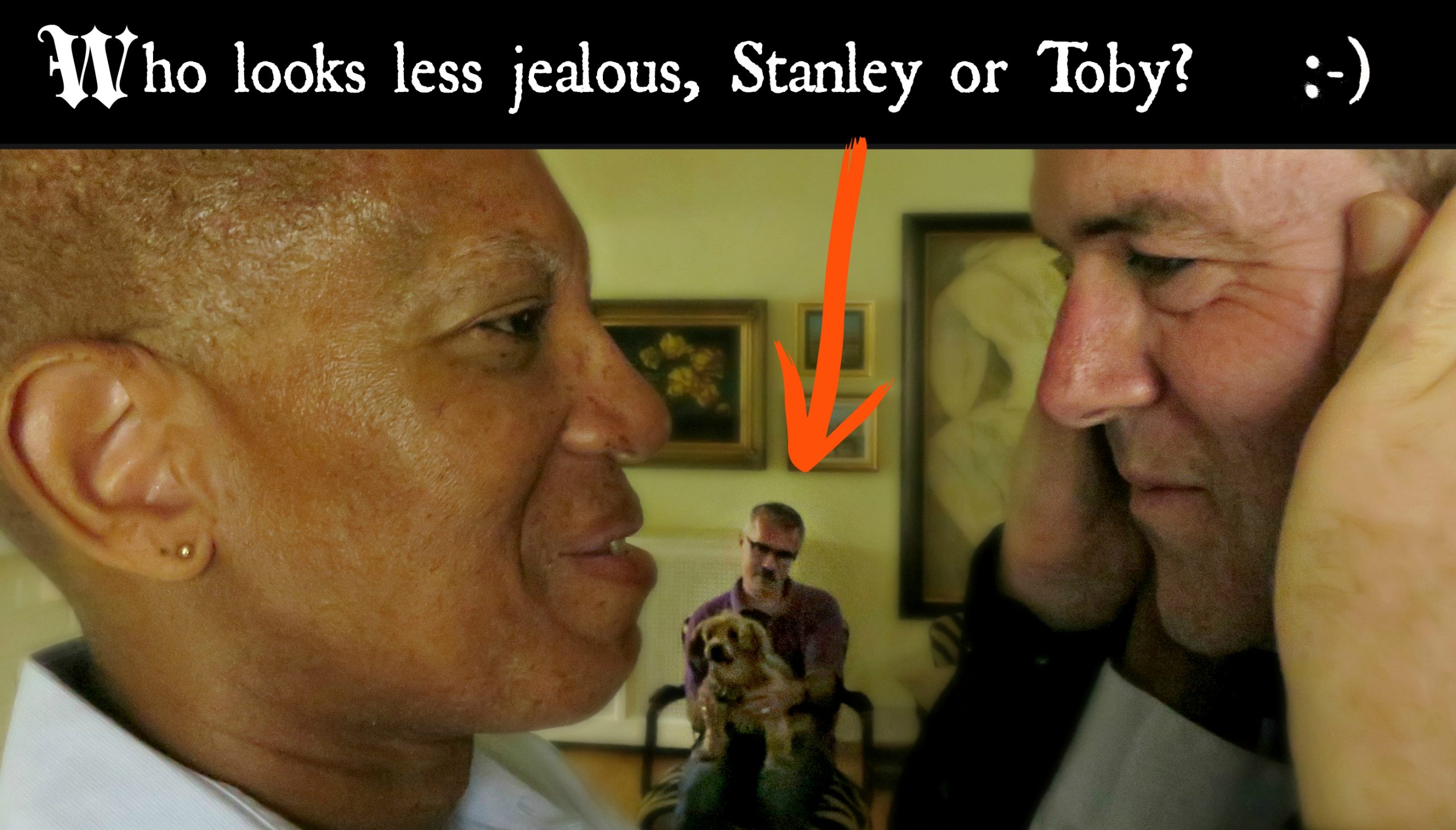 BIG THANKS to Larry Benjamin for letting us help with this Middle Child Media production! Full disclosure: Larry was a blast to work with, and even made two cameos in the video. Props to our own Steve Fillmore, too, who also popped up in a few frames (and was a very good sport during filming).

BUT WAIT — THERE’S MORE! Larry’s not just a talented East Falls writer, he & his husband Stanley are historic home renovators and designers. They completely restored a Vaux Street rowhome, and only recently finished rehabbing their amazing home at Penn & Henry.

Annnnd they were cute as the dickens when we played the Newlywed Game with them earlier this year! 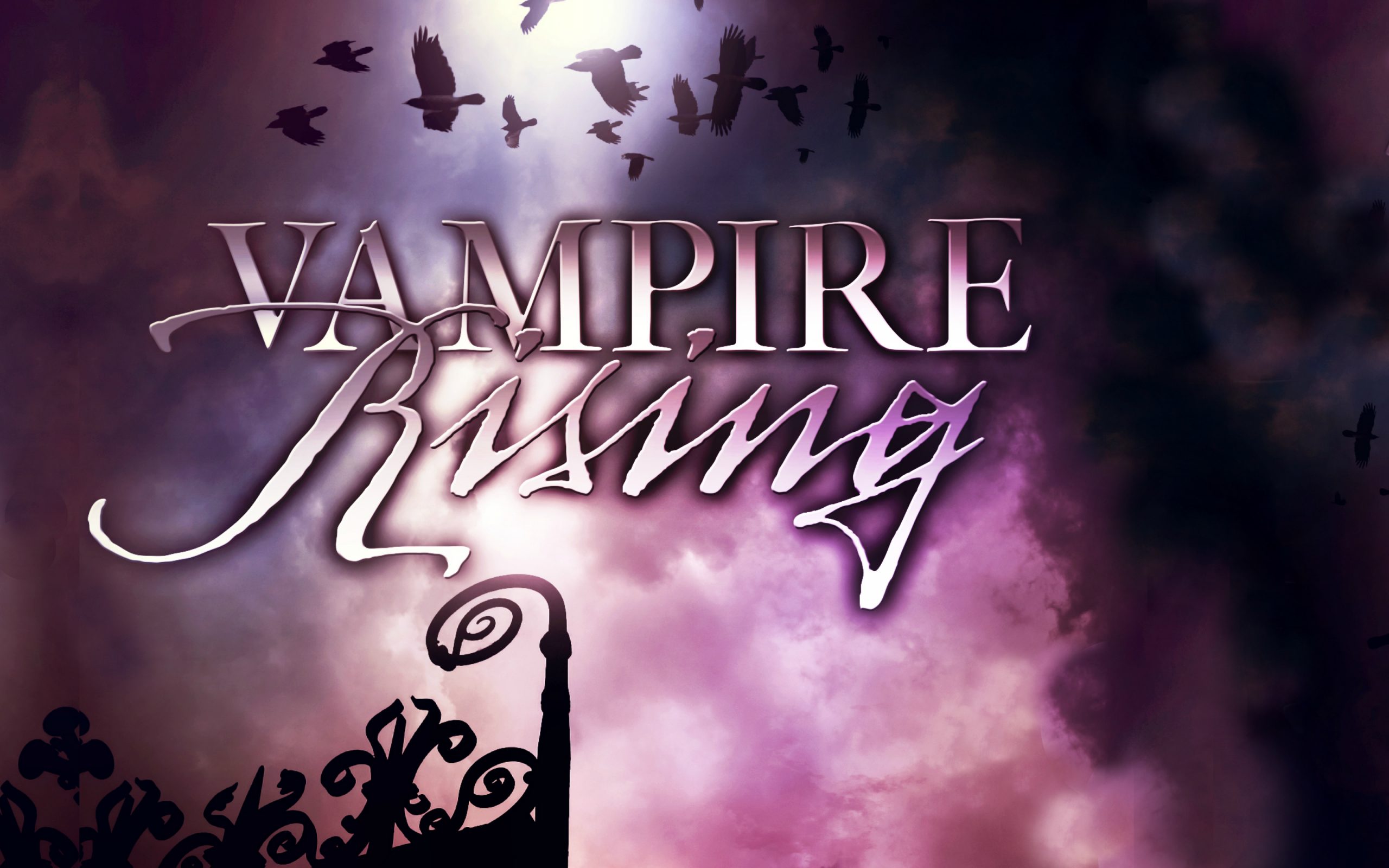 Read the book’s other great reviews on Amazon & PrismBookAlliance.com.