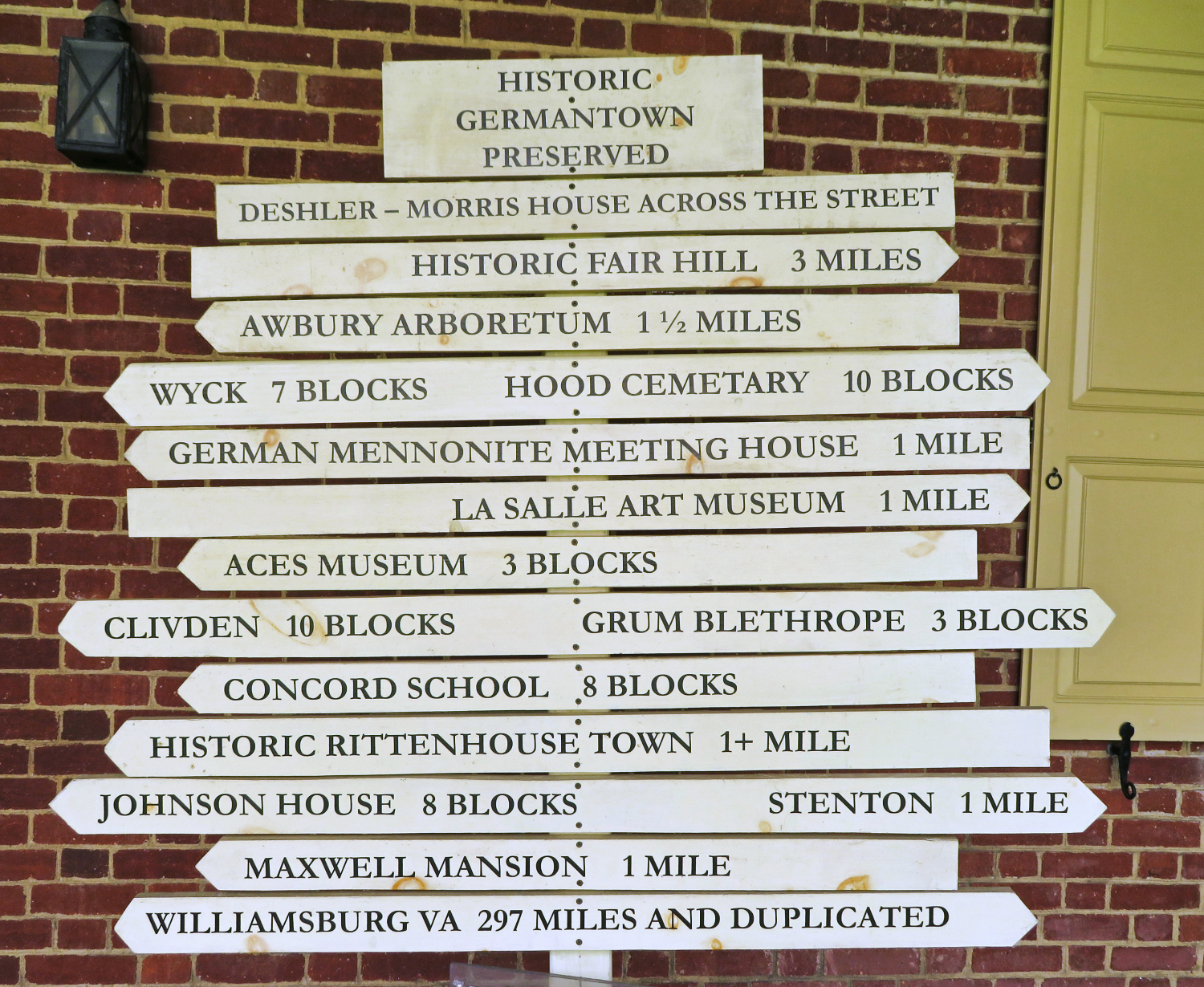 Centuries of local history to explore — right in our own backyard!

Every 2nd Saturday thru October, all of Historic Germantown’s 18 fascinating sites are open to the public from noon to 4pm.  Just added: The Black Writers’ Museum and The Lest We Forget Museum of Slavery, which officially joined the list this year.

These two sites help provide some much-needed information and context for African American history in Philadelphia.

All the sites are fascinating, though — especially for anyone living in this part of Northwest Philly historically known as Germantown Township in Colonial times. Indeed, the Germantown Historical Society‘s collection includes images, documents and artifacts from many neighborhoods including East Falls, Wissahickon… to the most rural parts of Chestnut Hill.

Take a peek into our past  every 2nd Thursday for a free community mixer at Historic Germantown’s stately Headquarters and Colonial courtyard. And then plan your Saturday wisely…. Most of these sites are within walking distance to great little shops and cafes you’ve probably never noticed driving by.

Thanks to Tuomi Forrest, the (relatively) new executive director of Historic Germantown, for his handy rundown of sites and highlights. Click on the links! Many of these places hold unique events: galas, supper clubs, farmers markets, festivals, re-enactments, special tours and more. 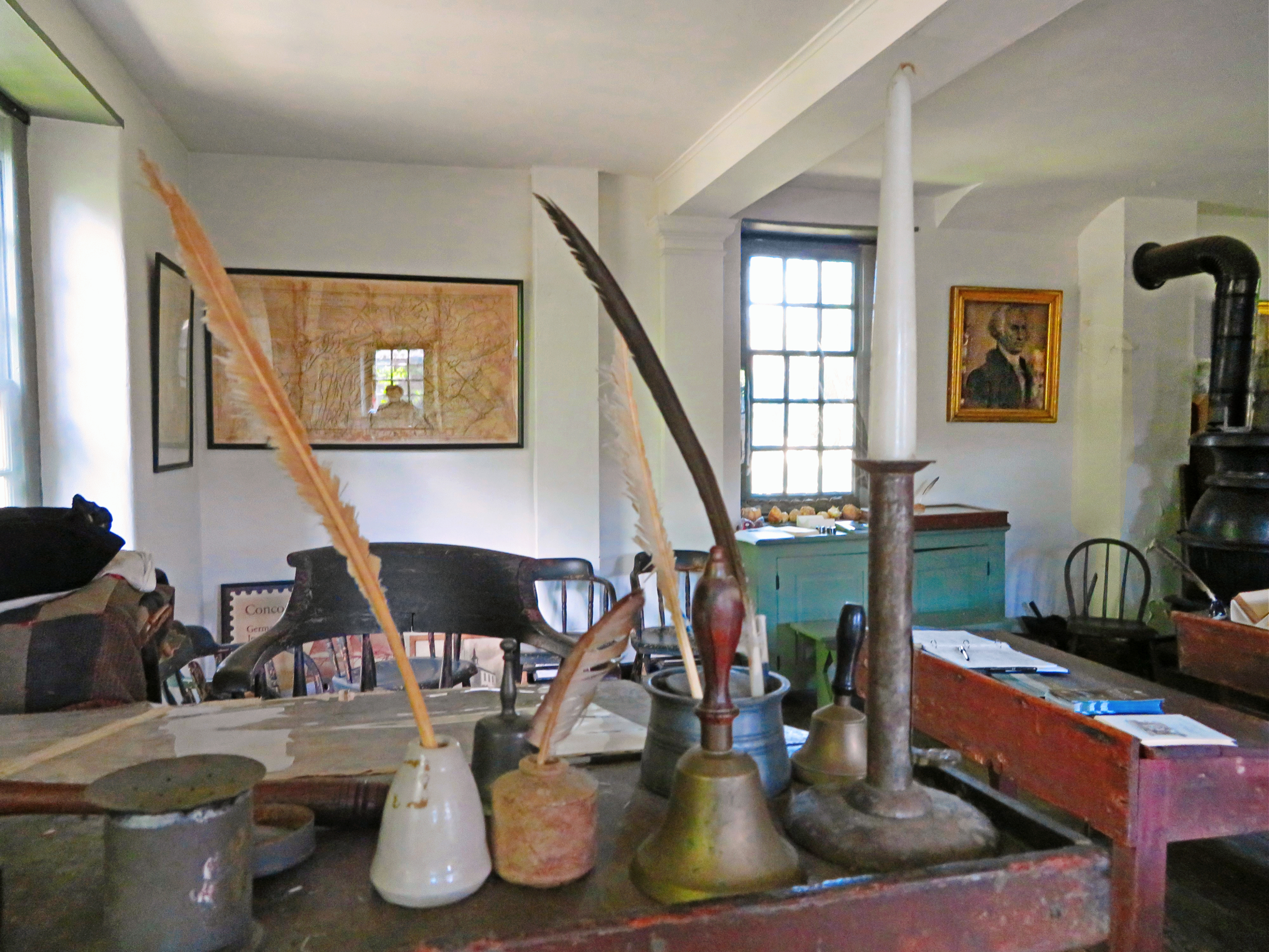 Although he doesn’t play favorites with the sites, Tuomi has a soft spot for the Concord Schoolhouse.

“It’s a small one-room schoolhouse. Kind of a magical feel – you walk in and you’re instantly transported back into the 19th Century. I think it’s interesting in a number of ways regarding the history of Germantown because of the struggle to live up to its ideals. It was founded as a kind of community cemetery (not a religious one) that welcomed those of different faiths, and ethnic and racial backgrounds.”

But this openness changed at times in its history, Tuomi said, when certain groups would be banned from the cemetery and school, only to be allowed back in when the school returned to its more inclusive roots. “This switching between integration and segregation over its history speaks to the on-going struggle for equality and freedom that I think is one of the threads that runs through all of Germantown, and American, history.”

Find out more about Germantown’s Historic sites at FreedomsBackyard.com.

See the Sites on Second Saturdays

Don’t forget! Second Saturdays May through October, all 18 historic sites throw open their doors at the same time – noon to 4PM. Many sites are clustered around each other, so visitors can hit a number of attractions in a single afternoon.

Admission fees and donations apply from site to site. Save time & money with a Historic Germantown Passport, which provides access to all 18 attractions for a single price ($25/pp, $45/family).

About Tuomi Forrest 3 Articles
Tuomi Forrest has been Executive Director of Historic Germantown since August 2018. He has many years of experience bringing the power of history to community organizations and institutions. Having most recently served as Executive Vice President of the nationally known Partners for Sacred Places, Forrest brings an extensive background in administration, fundraising, research and public policy to Historic Germantown.

A Bounty in Our Backyard

The Local heads to Germantown to sink in some serious local history at Second Saturday (and we found lots of other cool shit, too). [more…]