Dr. Woodson gets this holiday weekend started with some truth that bears repeating: people of all colors founded this country.

You may be surprised to know that in Colonial times – especially in the North where the Revolution was born – race wasn’t such a dividing line. Whites, blacks, indigenous commonly lived and worked together and even intermarried. Systemic racism is a relatively modern invention, really, but that’s another column for another day…

In the Revolutionary War, Black and white patriots fought side-by-side in integrated units to overthrow a monarchy and found a Nation. Some of the War’s greatest heroes, indeed, were fearless black men, leading the charge against the British and providing swift support on the battlefields. Black men of law and diplomacy represented our interests overseas and argued passionately for Human Rights.

Not that you’d ever hear about them now. Sure, we all know about Crispus Attucks taking the first bullet in the Boston Massacre – thanks, History Books. Of all the possible ways you could present African American contributions in the Revolutionary War, you decide schoolkids need to learn that the first guy shot was black. And it was just a random, ricocheted bullet, too, how’s that a teaching point? What was I supposed to retain from that, as an African American student?

True story: more than 6,000 African Americans fought for our freedom in the Revolution. They participated in every major battle of the War. And they worked behind the scenes, too, with Generals and the drafters of documents that would change the world. No offense to Crispus – thank you for your service, sir – but America needs to fix our Colonial History to show that many of our Founding Fathers were Brothers.

We also need to make amends to our countless black countrymen who fought for America’s liberty, only to lose theirs to a society who would enslave them and their heirs for at least another century. The process begins with simple acknowledgement. Let these extraordinary profiles highlight the worthiness of this cause. 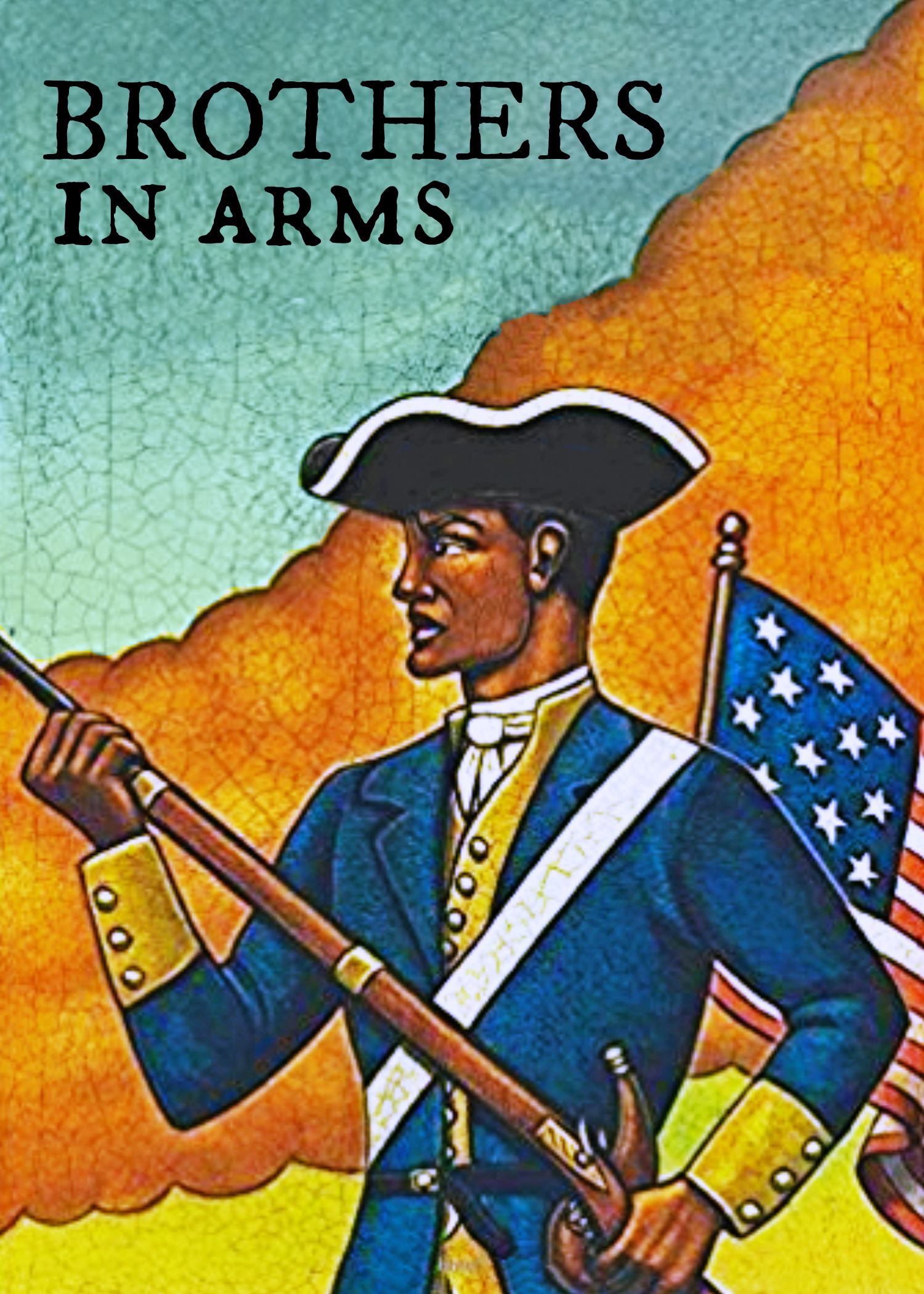 WENTWORTH CHESWELL (1746 -1817) The black Paul Revere! Warning colonists was a two-man job that night when “the British were coming.” Cheswell rode north, Revere went west. Cheswell also served in the War, founded a library, held many elected public offices and is known as New Hampshire’s first archaeologist. But somehow everyone knows who Paul Revere is. Smh.

PETER SALEM (1750 -1816) A sure shot with balls of steel. 5,000 British troops stared down American forces outside Boston in June of 1775. At Bunker Hill, Americans were greatly outmanned but still holding their own until they started running out of ammo…

British Major John Pitcairn mounted the hill, shouting, “The day is ours!” and PEWWWW! Salem picked him off. Pitcairn’s troops freaked out and Americans recovered safely. General Washington himself honored Salem for his valor.

PRINCE WHIPPLE (1756 -1797) A royal heir shanghaied! When Prince Whipple was ten years old, his wealthy Ghanaian parents sent him to America for an education but the captain of the ship he boarded sold him into slavery instead. New Hampshire ship captain William Whipple, a famous state leader, purchased him and asked him to help fight the British. Prince was like, “I would kick their asses if you gave me my liberty.” And General Whipple said, “Man, you are so free!”

Prince Whipple then went onto deliver his promise, fighting bravely alongside General Washington as soldier and aide of the highest levels.

BENJAMIN BANNEKER (1731 – 1806) He was penpals with Thomas Jefferson and helped influence the ideals of liberty in our Declaration of Independence. David Rittenhouse admired his almanacs that predicted eclipses and planetary movements to the day. This cat made a functioning clock out of wood by carving every little gear to scale from a pocket watch he saw once. Take that, Ben Franklin.

JAMES ARMISTEAD/LAFAYETTE (1760 – 1832) A super spy (and double agent) who basically won the war for us. As a slave in Virginia, James witnessed the British siege of Richmond in 1781 and told his master William Armistead, that he needed to get with General Lafayette asap. Layfaette sent him to Benedict Arnold’s camp, posing as an escaped slave seeking work. Soon, James was eavesdropping on Lord Cornawallis – and eventually tipped off General Washington about Yorktown, where the war was won.

James was a hero, but he returned to slavery for three years before General Lafayette came back to America and petitioned Virginia personally to grant his freedom. In 1787, James Armistead won his freedom and changed his legal name to James Lafayette in honor of his friend (the General would live out his final days as an ardent foe of slavery).

JORDAN FREEMAN & LAMBO LATHAM (?? – 1781)  These guys. A company of black & white solders fought to defend a small fort in New London, CT from Benedict Arnold’s forces. Holed up in tiny Fort Griswold with no ammo, Americans resorted to clubbing British with their rifles as they scaled their walls. Black patriot Jordan Freedman speared the British officer leading the attack!

Still, the Americans were overpowered. As their commander surrendered, the British murdered him in cold blood. Lambo Latham, another black patriot, retaliated. The fort was lost but the British were humiliated to lose so many men at the hands of so few Americans.

LEMUEL HAYNES (1753 – 1833)  One of the three African American men assigned to Ethan Allen’s Green Mountain Boys, the brave militia who took key forts from the British on Lake Champlain. He was also a black preacher of an all-white congregation.

PRINCE SISSON (1707 – 1777) The British took General Charles Lee – the 2nd in command of the American forces – as a prisoner of war. Not for long. A squad of black & white elite soldiers loaded into small boats with muffled oars to capture British General Prescott in his quarters, to barter General Lee’s freedom. Their success is credited to one African American, Prince Sisson, who attacked & overcame the first sentinel they saw, and whose impressive strength charged thru locked doors to secure their quarry.

THE FIRST RHODE ISLAND  A regiment of 125 black patriots – both slave and free – bonded together during that terrible winter at Valley Forge. They became famous for their bravery and courage, most notably against the dreaded Hessians (who grew to fear their ranks).

Though sustaining gross casualties, the Rhode Island First served the remainder of the War. They were with George Washington when he accepted the surrender of Lord Cornwallis at Yorktown.

I could go on: James Forten, Salem Poor, Venture & Cuff Smith, Cesar and Festus Prince… thousands of names, really. Read some of these links! Drop me a comment, I love to engage readers and appreciate all your feedback. Speaking of… 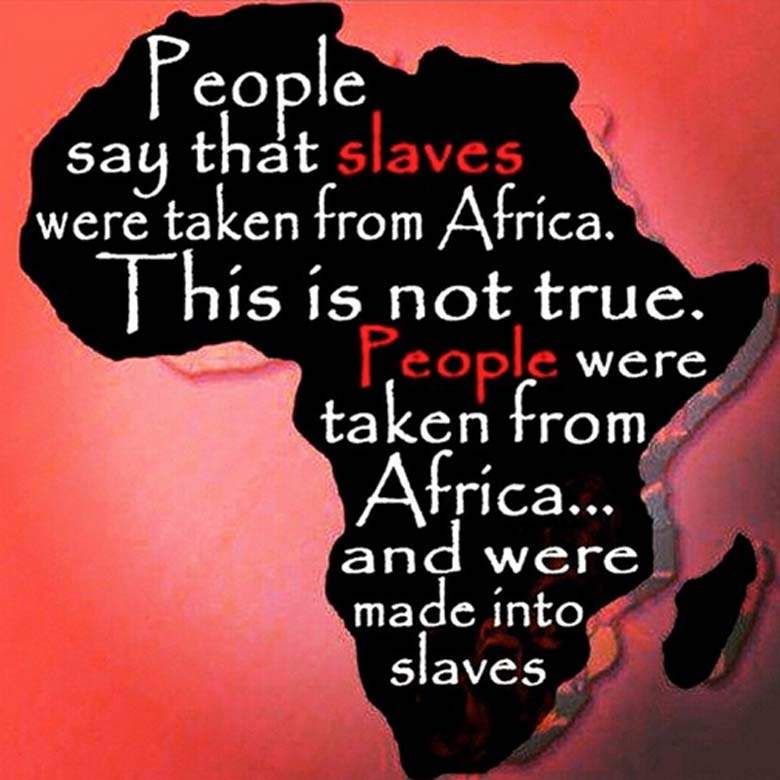 I’m responding to your image in the June 2019 Local (above).  I was thinking of a couple things I had read about the African tribes in the 18th century who had slaves and then when the British came, they sold them.  I looked online and there are numerous articles about this…  I don’t know if you didn’t know this or were distorting the information for a purpose.    – G. Bartell

Curious why you’d single out this particular meme to point out that Africans also played a part in enslaving other Africans. The quote shared does not point fingers at *who* did the enslaving, there is no mention of race at all, in fact. Not sure what info is being distorted – except, I guess, if you believe humans can be “slaves” like it’s an identity and not an injustice.

No. Africans did not invent slavery as we know it in the Americas (aka “chattel slavery,” look it up!). Europe wanted free labor to exploit global resources, and she found it in Africa. That some Africans participated in slave trade as entrepreneurs rather than unwilling laborers is a consequence of the system, not a cause. Which is beside the point, no?

We don’t need to agree on who’s “fault” slavery was before we can work together on better race relations. We can all start right where we are, with open hearts and minds willing to read and listen and learn.

PS. Please note, G. Bartell is quoting a controversial 2010 NYT editorial by the director of Harvard University’s Hutchins Center for African and African American Research. A very interesting piece, that has sparked some great discussion and debate worth digging into:

EFDC’s executive director resigns after less than a year.  [more…]

Bent But Not Broken

Ride for a cure! Local columnist shares his struggles with a rare neurological disease that’s getting some much-needed attention. [more…]