That time the Schuylkill spawned a boozy sovereignty 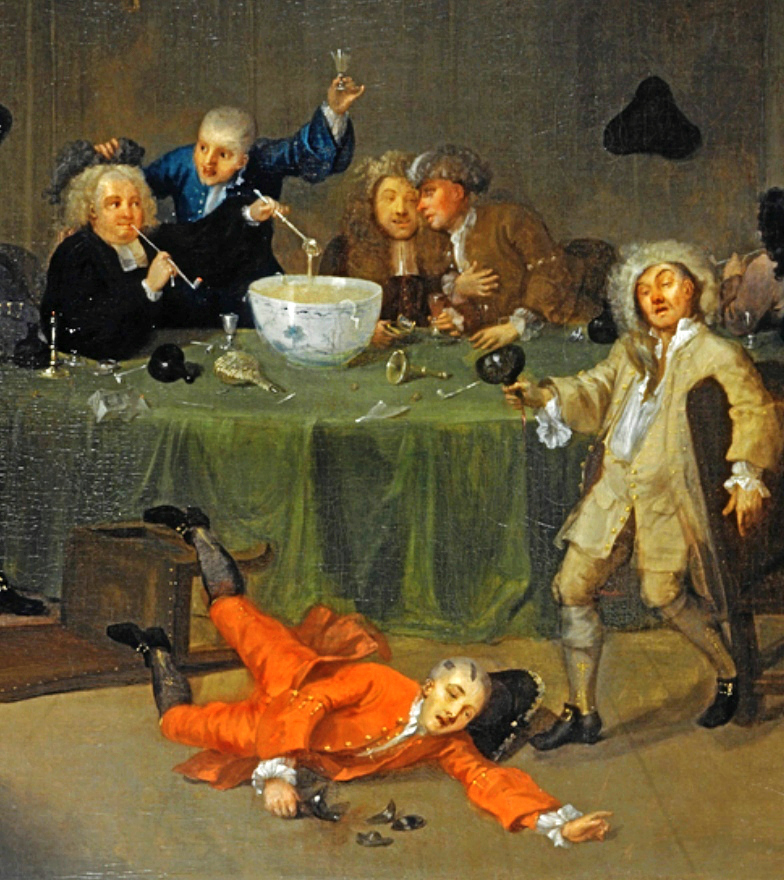 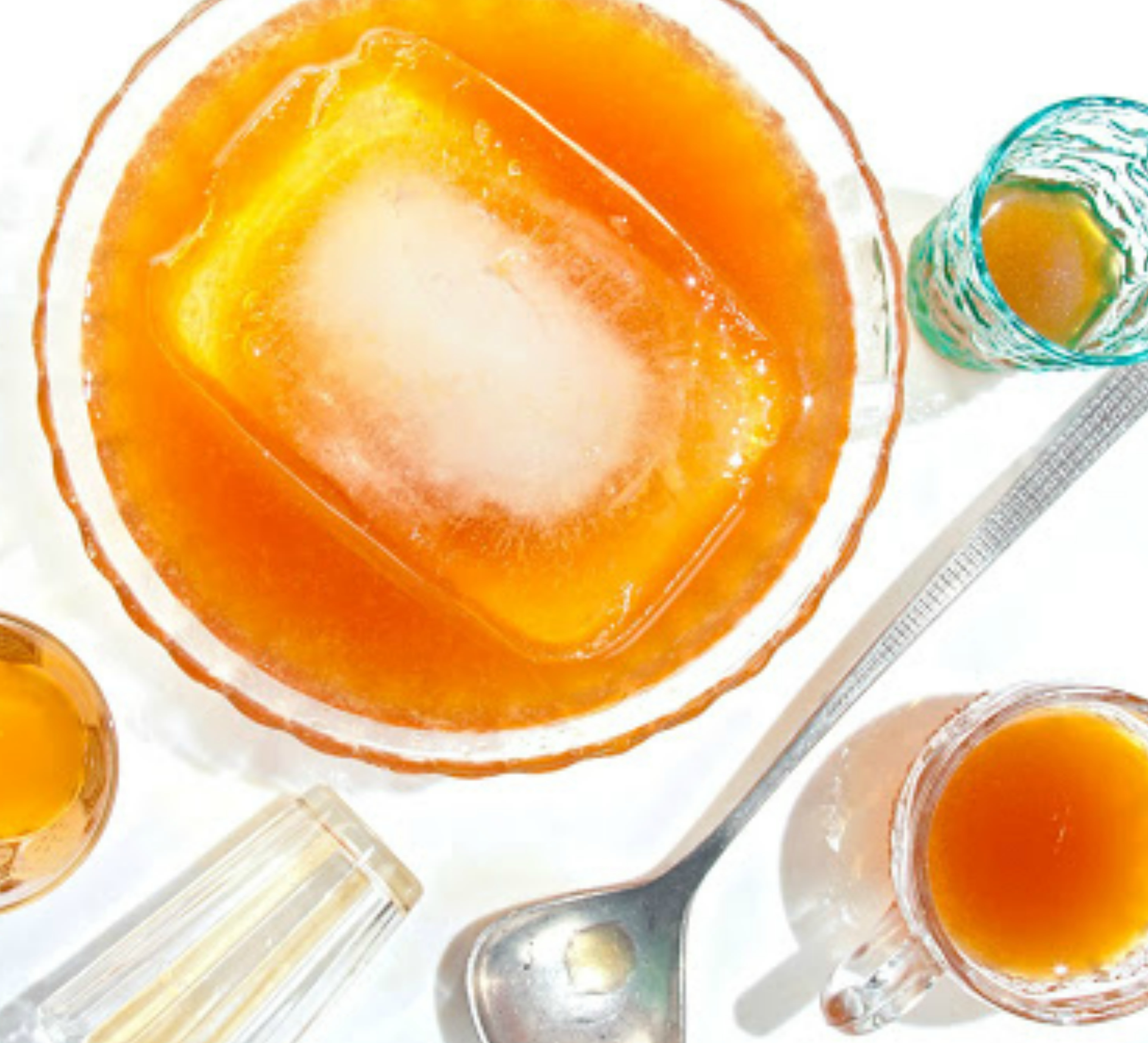 There’s a little place just out of town,
Where, if you go to lunch,
They’ll make you forget your mother-in-law
With a drink called Fish-House Punch.
—  The Cook (1885)

Forgive us, Attic and Wissahickon Breweries – this won’t be another beer column. Even though (outdoor) tasting rooms have opened again, and neighbors are excited to try new brews like WBC’s fruited sours and Attic’s Breath of Change hazy IPA (100% of the profits go Gtown nonprofits).

This July, we’d like to honor our Founding Fathers and share a story of liberty and libation that harkens way back to colonial times., when East Falls was just a charming little fishing village…The rustic beauty here soon caught the eye of Philadelphia’s aristocracy, who made it a resort destination by the early 1700’s, populated first by gentlemen’s sporting clubs and guest houses.

Sanitation at the time was specious, so people purified water by turning it into alcohol. While beer kept laborers happy and hydrated, the nation’s elite enjoyed punch as a social lubricant at their fancy-pants feasts and gatherings. The British in particular loved to get their punch on. A poet visiting the English colony of Maryland in 1708 was met with “a herd of planters on the ground, overwhelmed with punch.”

Oh my! By the mid 1700’s punch became drink of choice for the Age of Enlightenment, fueling political discussions and alliances that would ultimately lead to our country’s independence.

Starting with secession on the Schuylkill!

Indeed, a band of punch-loving Quakers were the US’s first real patriots, if you consider their tongue-in-cheek declaration of “The Colony of Schuylkill” in 1732 a true act against the monarchy. Which it most certainly was not. No, the twenty-eight gentlemen who signed a treaty with the Lenni-Lenape on May 1, 1732, established their “colony” under King George for the exclusive pleasures of fishing, hunting, eating and drinking.

They leased land along the Schuylkill (off MLK drive, around Girard) where they built a clubhouse, which they naturally called “the Castle.” Members & their guests formed a “daytripper” population that would eventually bring hotels, saloons and trains to riverside villages like East Falls, which btw was originally called “Fort St. Davids” after our own colonial sportsman’s club, located near where the Falls Bridge is now.

But these Castle guys were first, and they really went for it, too: they drew up all kinds of official documents declaring governor, three counselors, a treasurer, a secretary of state, a sheriff and a coroner (“to hold an inquest upon any suspected meat, fish or other provisions“). They even had their own Army and Navy — well, a broken cannon and two boats. But still!

Even today, their Andalusia club (they moved the Castle here in 1944) upholds these honorary titles and “the pleasant fiction” of their ersatz republic. Sure, they’re kidding around. But they’ve been kidding around for 285+ years! They’re the oldest continually-operating and “formally organized” sporting club in the English-speaking world (stick that in your pipe and smoke it, Beefsteak of London). 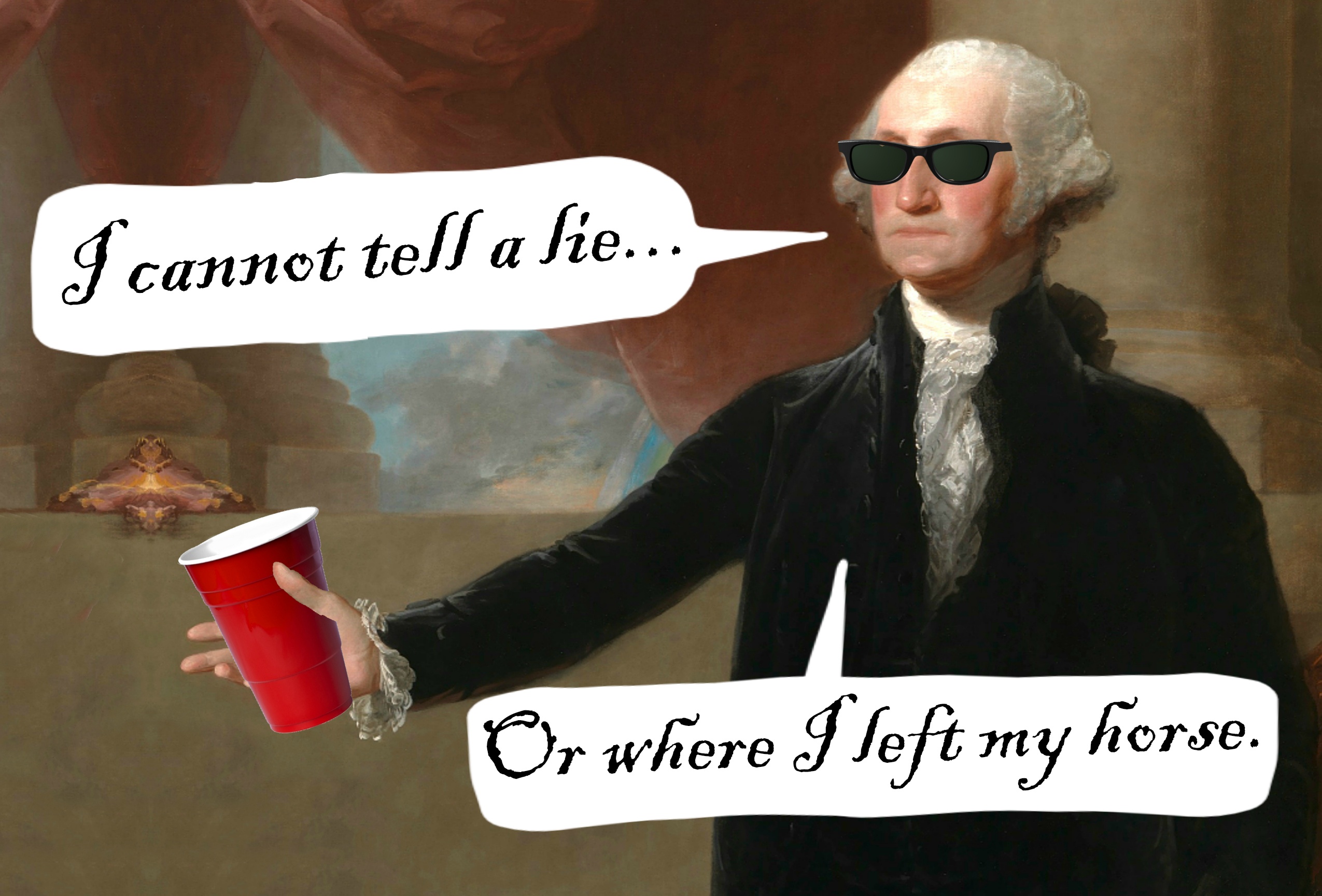 Thomas Mifflin was a founding member, and Lafayette an elected officer. And good old George Washington was kind of a mascot — he didn’t officially belong, but he was out there all the time, drinking and barbecuing. He even had a favorite drink: Fish House Punch!

In 18th century Philadelphia, every fine drinking club and establishment had its own special alcoholic concoction based upon a basic recipe sailors seem to have picked up from West Indies trade routes: lemon/lime, sugar, water, spice and rum (or alcohols of choice). In fact, the word “punch” comes from a Hindi word for “five” – as in, the typical number of ingredients in this, the world’s first cocktail.

Word around town was our “Fish House” boys mixed some KILLER punch! And they served it rather dramatically, as well. A visiting diplomat from Virginia recounted club members in 1744 greeting him fondly with an ornate bowl of punch big enough for “a dozen geese” to swim.

Washington himself had often been presented with the same enormous punch bowl, from which partygoers would join him in toasting glass after glass. The story goes that on a visit to the State in Schuylkill in 1787, our first president enjoyed so much Fish House Punch he couldn’t bring himself to make an entry in his diary for three whole days!

So get ripped like a Revolutionary this July 4th with this original recipe from American History. Bottom’s up!

A decent batch consists of:

30 limes, peeled, cut in half and squeezed, such pulp as gets through is fine
15 lemons, treat as above to make 3 cups of citrus juice (combined)
½ lb brown sugar

1 fifth water, in the form of a block of ice
Nutmeg, for garnish

The day before serving, put sugar into a suitable container with a tight lid. Gently work the citrus peel into the sugar until wetted out; cover and let sit overnight. Strain liquid into juice; add the rest of the ingredients.

Ease the ice into the container gently as we do not want to waste any of the precious elixir. Gently “bail” the mix over the ice, cap it and repeat this every couple of hours for the flavors to “come together” before it’s time to serve. It is most proper to sample the batch each time it is mixed, to monitor the manner in which the materials are melding together. Serves 30 citizens and 10 apprentices.

No giant heirloom punch bowl? No problem!
Here’s a personal-sized version anyone can make at home: 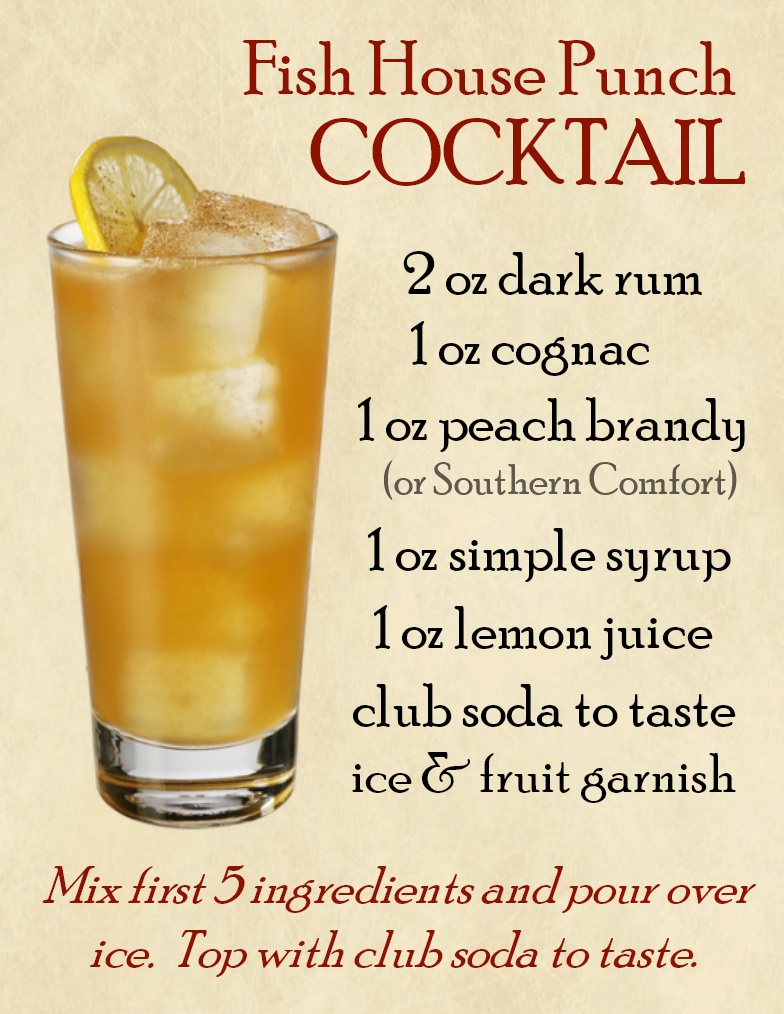 Mix all ingredients and pour over ice in a highball glass. Top up with the water or club soda to taste. Garnish and enjoy.

*some insist the “real” recipe is secret

This article has been updated from a post originally published on eastfallshouse.com (July 2014)