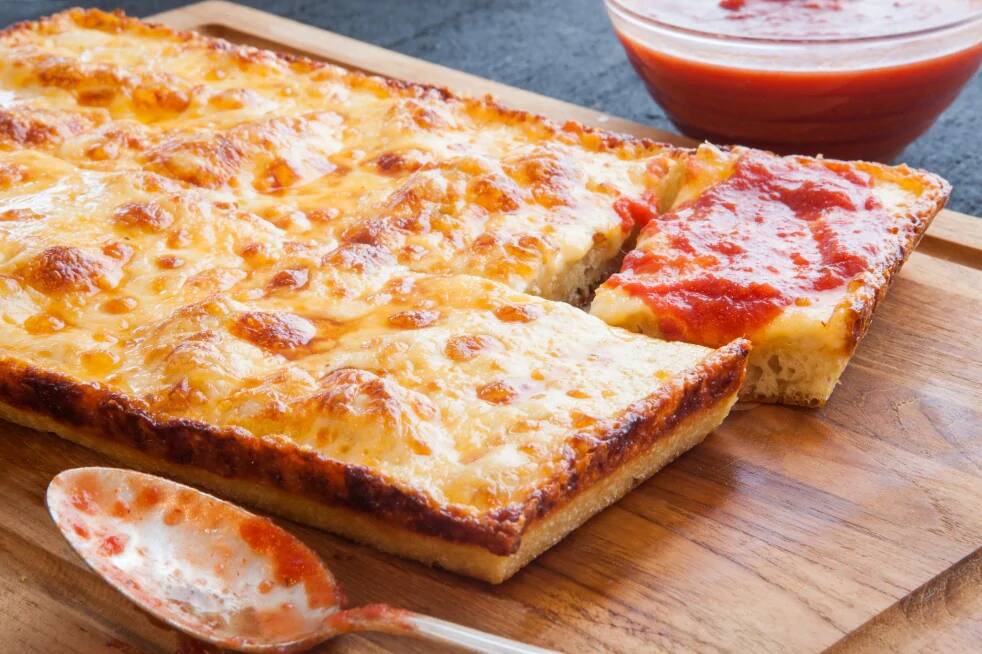 Founded Pizza and Coffee fans already know about the thin crust New York style pizza Fahri and his crew sling to high praise from the locals. Makes sense — New York is where Fahri first learned to make pizza after immigrating from Turkey in 2007 with a little cash and the phone number of a family friend in his pocket.

And from New York, he’ll be taking us this fall to Detroit. Specifically a Detroit style square pizza will be added to the menu. Also known as the “red top pizza,” “upside-down pizza,” and the “Motor City Secret” (until recently the style was known only in Detroit).

The crust of a Detroit-style pizza is occasionally twice-baked and it is usually prepared in a well-oiled pan to a chewy medium-well-done state that gives the bottom and edges of the crust a fried or crunchy texture. The difference between Detroit-style pizza, Chicago and New York styles is the crust, which is extra thick and very crispy on the bottom.

Another fun fact: the original Detroit pizza was square because it was first made in industrial parts trays from factories. Just a little history to chew on while you’re deciding which of the 20+ varieties you can choose for this new style.