From noodles to donuts, a quick rundown of vegan eateries

Whether you’re a dedicated vegan, are looking to reduce your carbon footprint, or just flat out like good food, don’t close your eyes to the amount of vegan and plant-based dining in the city and surrounding area. Philadelphia has a plethora of great plant-based restaurants, bakeries, and quick service that will change the way you look at meat. As an omnivore myself, I often cannot tell the difference and end up craving the cheeseless mac and cheese balls from Monster Vegan or the soft and rich pastries from Dottie’s Donuts.

Monster Vegan is a place I frequent often, located at Spruce and Broad. The neon decor mixed with the horror movie theming is perfect for a happy hour with friends or the main event of your night. The restaurant often hosts events like movie viewings and trivia — the Friends trivia title holder being myself.

Their completely plant-based cocktail and food menu contains some of the most unique dishes I’ve had, meat and dairy meals included. The rice-based noodle dishes and vegan cheesesteak are my usual orders. The restaurant is down the street from Charlie Was a Sinner, one of the most well-known vegan spots among plant-based diners in Philly.

If I’m looking for a quick bite, Greens and Grains has a location on Sansom St., as well as in Galloway and Northfield heading towards the Jersey Shore. This spot has quick favorites like wraps, sandwiches,  salad bowls, and smoothies.

For sweets, Crust Bakery in Manayunk is women-owned and prides themselves on having affordable vegan treats while supporting their workers with a living wage and hospitable work environment. The restaurant’s motto is “Baking with an emphasis on social justice,” and that message can be seen on many of their themed pastry designs.

Dottie’s Donuts is a crowd-favorite donut spot with two locations on Springfield Ave. and South 6th St. The donut shop has regular customer favorites like Dunaroo, and a rotating menu of new editions such as Strawberry Lavender Shortcake, Espresso Buttercream, and Carrot Cake donuts. A box of fresh Dottie’s is my go-to for bringing to parties and events with friends. Pro Tip: if you have the chance, try Dottie’s pierogi donut — whipped potato and caramelized onions with Tofutti sour cream on the side, of course (for dipping).

Plant-based food is becoming increasingly popular at mainstream eateries too, and many establishments have taken it upon themselves to offer a decent selection of vegan meals on their menus. Sit-down places like Bourbon and Branch offer both vegan and meat options on their menu, allowing plant-based eaters to avoid having to default to a single dish, if any, at other restaurants that will accommodate their diet restrictions. Other places, like Vedge, are strictly vegan but still attract a mixed crowd of plant-based and meat and dairy eaters.

Veganism and plant-based eating is here to stay, and it is up to restaurant owners to decide how they will welcome these crowds. Philadelphia has a great selection of plant-based food, and the hospitality of restaurants like these are a reason the city is a hot spot for plant-based eaters.

Agree? Disagree? Please leave your comments below. Follow along on my local food journey on Instagram @GingersLikeToEat.

EDITOR’S NOTE: Not far from the Local’s lair in East Falls, there’s been a nice vegan spot serving seriously good food. Problem is, it’s rotated thru several different owners, and has weathered stretches of inconsistent hours, too, which is unfortunate. We hear rave reviews about the latest iteration, Vegan Vibes Cafe & Juice Bar, which opened in February to offer zippy cold-pressed juices and vegan spins on American favorites.

Fingers crossed this third time’ll be the charm.  🤞🤞🤞  What say you, NW Philly neighbors? 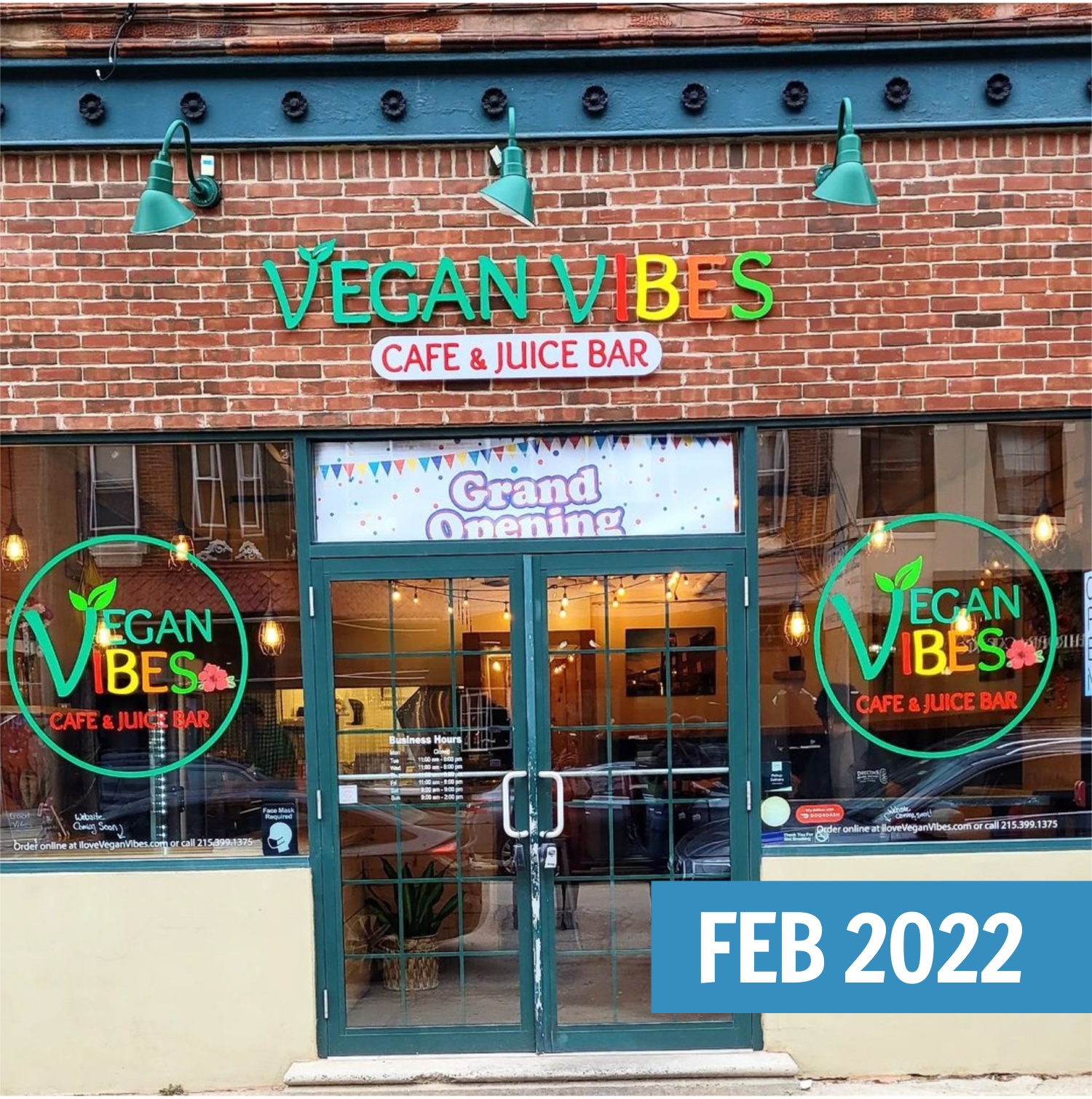 About Eleni Finkelstein 7 Articles
Eleni Finkelstein (aka @gingersliketoeat on Instagram) is a South Jersey and Philadelphia-based food blogger and journalist. She loves traveling, trying new foods, and cheering on Philly sports teams. You can check out her book, "Eat Like a Local: South Jersey" on Amazon.

Phils win National League pennant — then it got even better! [more…]

More than just shopping, the German Christmas Village is an immersive Holiday experience with something for everyone. All you need to know to plan your visit. [more…]

Eat, Drink and be Scary