Nostalgic pics from steamy seasons past, courtesy of Historic Germantown 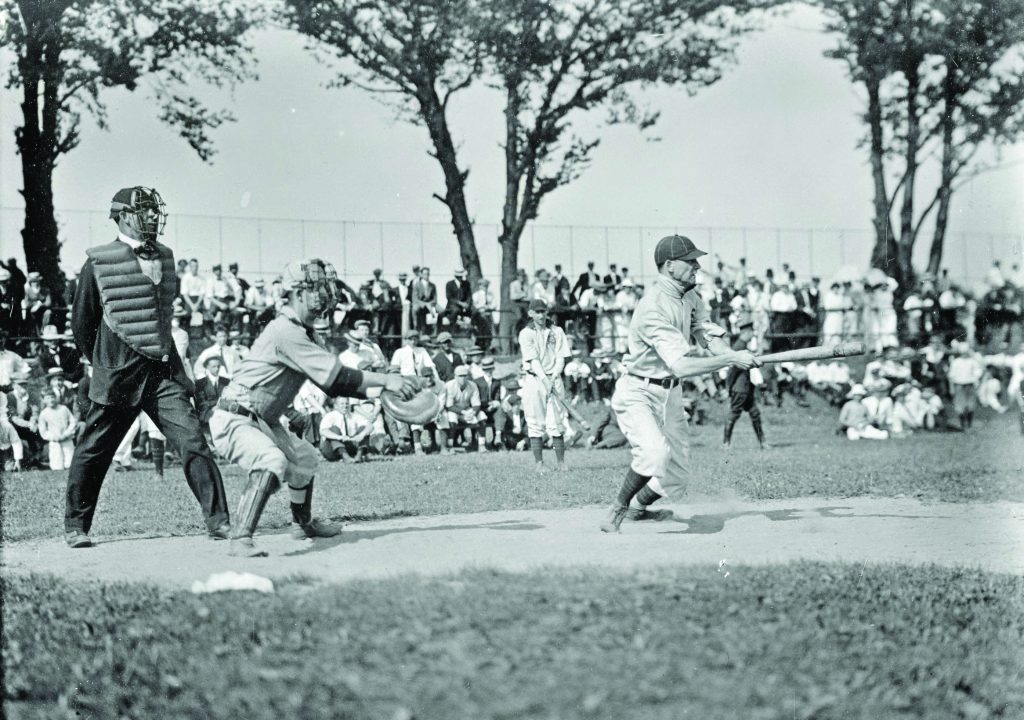 “America’s game” of baseball has long been a traditional summer pastime. Shown is a game being played around 1900 on the grounds of Chestnut Hill Academy a short time after the school relocated to West Willow Grove Avenue from its previous home on Germantown Avenue. (All photos courtesy Germantown Historical Society/ Historic Germantown.) 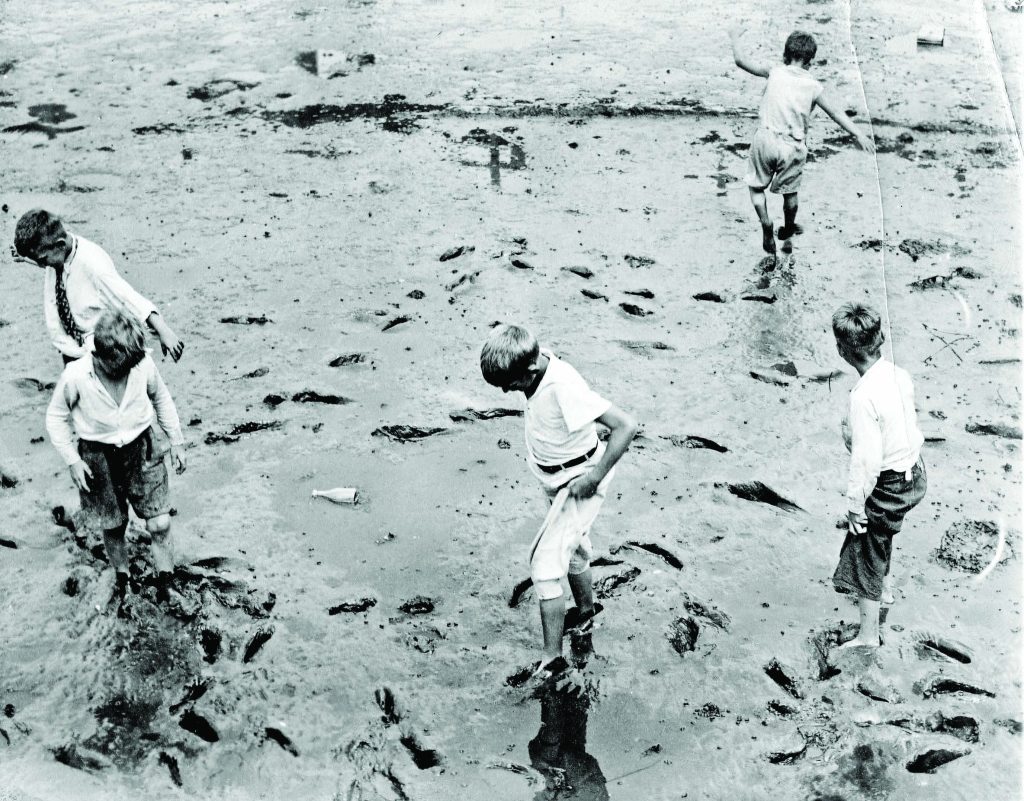 The Germantown Boys Club (GBC), located on the unit block of West Penn Street, has provided year-round activities to generations of area children. Trips to the Club’s beach house in Ocean City, New Jersey, were an important and much-anticipated rite of summer. Shown here (circa 1935) are GBC boys walking barefoot in a marshy/ mucky area adjacent to the bay. Probably a dangerous thing to do, given the milk bottle [foreground] and trash visible to the rear of the photograph. 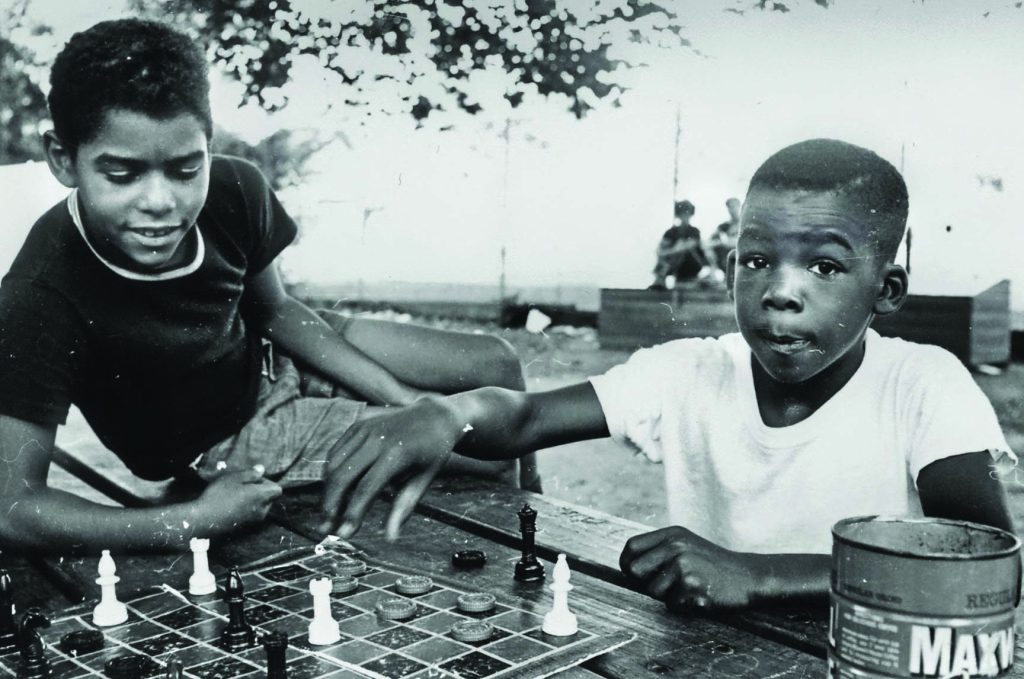 A nice, relaxing day in the park playing games with friends and family in the shade is a perfect way to spend a hot summer afternoon. These children clearly had the right idea, playing a game of chess (or checkers!) in Cloverly Park (Wissahickon Avenue at School House Lane), during the summer of 1969. Do you recognize either child? If so, please let us know! (library@germantownhistory.org) 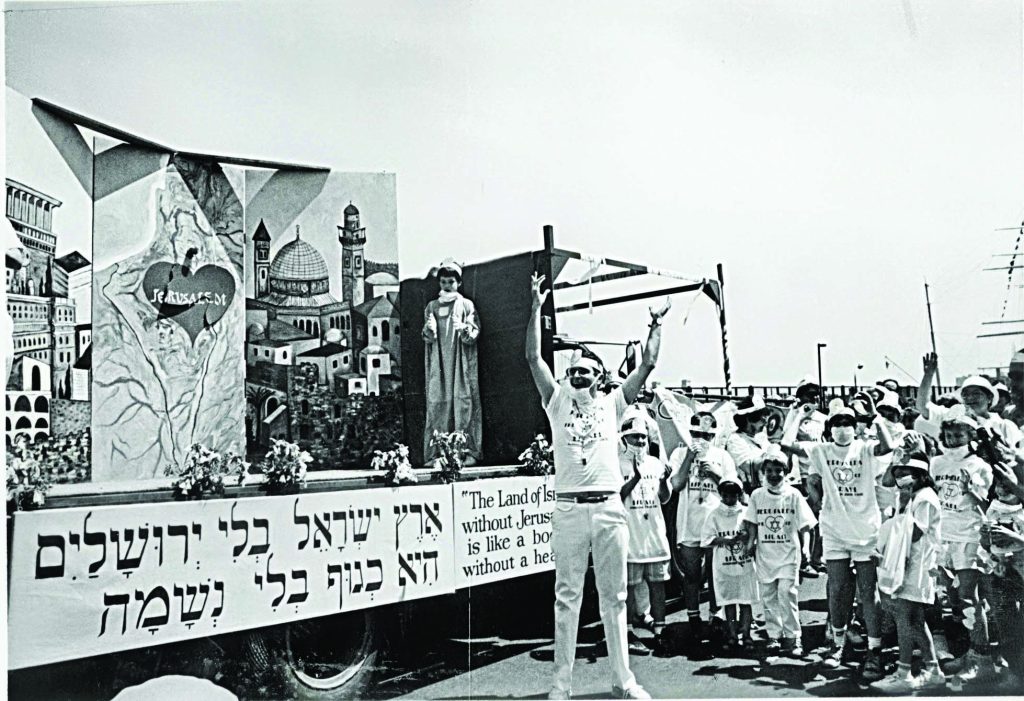 For many, the arrival of summer means parades and outdoor concerts. One such event was the Israel 39 Independence Day parade held in Center City in 1987, in which the Germantown Jewish Centre (GJC) won two awards for their creative float and presentation built around the theme “The Land of Israel without Jerusalem is like a body without a heart.” The parade was part of a community-wide celebration of the founding of the State of Israel 39 years before. Shown is the GJC’s award-winning float.

Tuomi’s Time Machine is a regular feature of Historic Germantown and its Executive Director Tuomi Forrest. These photographs of summertime fun were chosen by Alex Bartlett, Librarian and Archivist of the Germantown Historical Society/ Historic Germantown. Did you know that thousands of old photographs are available on the website of the Germantown Historical Society? They can be viewed at germantownhistory.catalogaccess.com/home. For additional information or to learn more about the history of Germantown and surrounding northwest Philly neighborhoods, please contact him at (215)844-1683, or at library@germantownhistory.org.

Get Growing! New Community Garden for All

Sunny Scenes From Seasons Past [more…]