Happy birthday to the founders of American Democracy – the Iroquois.

While we’re fist-pumping our freedom this July 4th, let’s give due credit to the Iroquois* Nation, the continent’s first participatory democracy, and the granddaddy of our Constitution.

This version of democracy, too, was a far cry from the Greek and Roman models Europeans were familiar with. For starters, the Iroquois governed by consensus, not majority vote. Their council of 50 chiefs were chosen by the women, who did not attend meetings but had veto power over all decisions. This created a system of checks and balances unique in all the world.

That is, until the United States put their spin on it.

Don’t believe me? Iroquois sachems and warriors attended the Continental Congress as advisors for the writing of the Constitution. In addition to the idea of checks and balances, the Framers cribbed whole sections from the Iroquois Great Law of Peace: our legislative branches, impeachment process, how we declare war, and the balance of power between state & federal governments.

What’s more, the colonists may have never revolted against England in the first place, if it weren’t for the Iroquois. A prominent diplomat and chief of the Onondaga nation, Canassatego, urged colonists in 1744 to take up their example and unify under a “good agreement with your Brethren” which will give them “fresh strength and power.” Benjamin Franklin was so moved by his speech that he printed 200 extra copies of the official meeting notes and sent them overseas.

Before long, Franklin was pitching the idea of overthrowing Mother England with a “voluntary union” of colonies like the Iroquois Confederacy. In 1775, special delegates from Philadelphia met with the Indians in Albany about this new nation they were forming, and gave them props for inspiring them. They even copied their logo!

The Great Seal of the United States features a bald eagle holding a bundle of 13 arrows in its left talon, which represents the 13 colonies. This is a straight-up knock-off of an iconic Iroquois analogy for their federation: “How easily a single arrow breaks, but many arrows together even the strongest man cannot bend….” 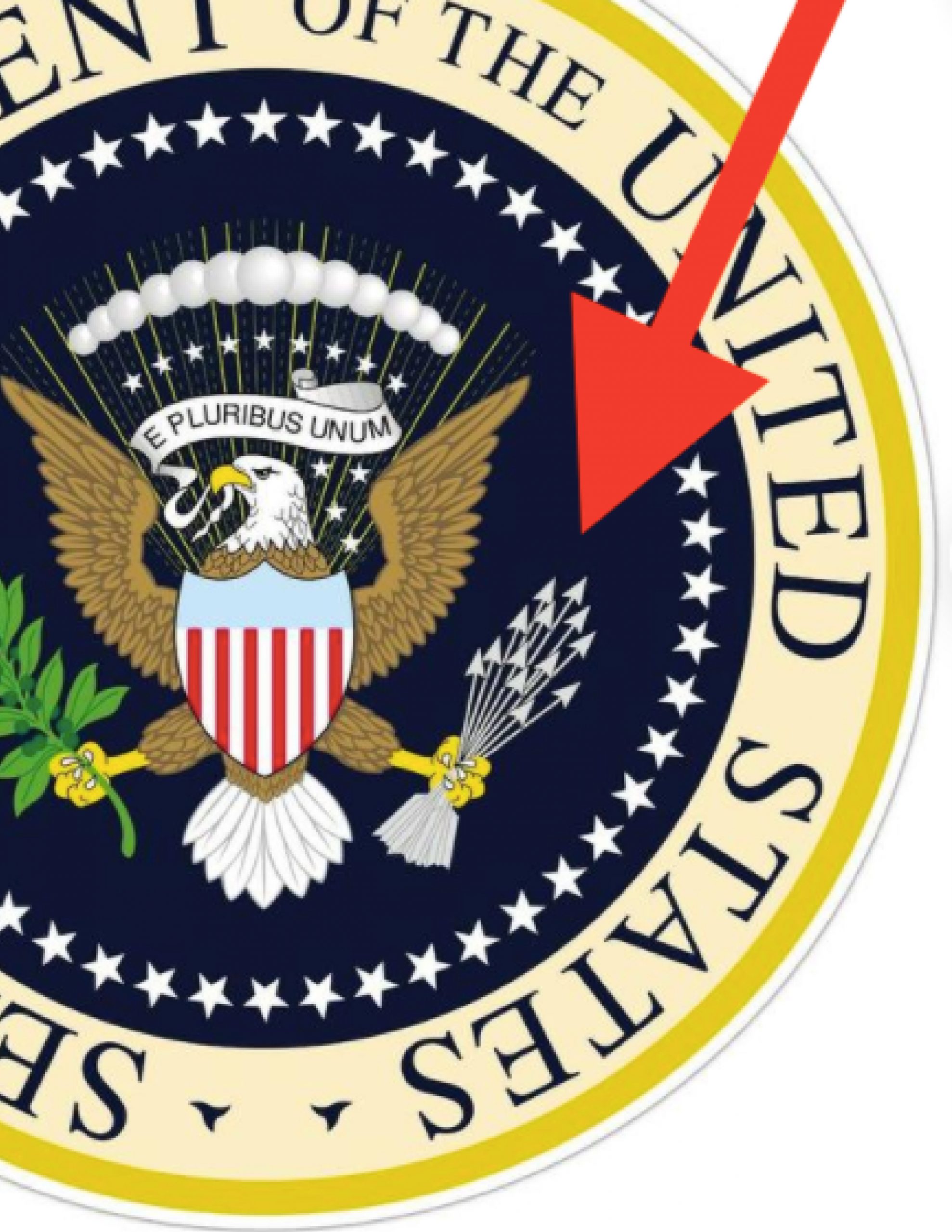 Shocker: until 1988, the United States refused to acknowledge the debt our country owes to the Iroquois – and even after passing a Senate Resolution, there has been no federal effort to make sure school kids learn any of this important history. Add this to the list of empty gestures our white supremacist government loves to offer, instead of actually changing.

This Fourth of July, let us step back from the patriotic propaganda to honor the brilliant indigenous minds that first conceived our nation’s guiding principles. Deepest respect and gratitude to America’s original Free Thinkers.

*Editor’s Note: We use the name “Iroquois” in this article to keep consistent with our source material; however, the actual name for this federation is the Haudenosaunee, or “Peoples of the Long Houses” which refers to how they lived, in extended, bark-covered long homes.

FYI: the individuals represented in the feature image for this post are: Hiawatha, Jikonsaseh, the Peacemaker and Canassatego (read about them here or watch the video above!)

Agree? Disagree? Leave your comment below or email drwoodson@nwlocalpaper.com. Follow the links in this article for deeper dives into the issues.

Take off all your blinders about racial inequality and Climate Change. Dr. Woodson on why we should be fired up and fighting back. [more…]