In honor of the arrival of the new school year, it is a great time to reflect on the history of some of the schools in our area, many of which have survived for generations. We do so with this photo montage showing some of the schools, and highlighting their connections to our history and community.

During the 1910s and 1920s, parts of East Germantown were being intensely developed, causing a rapid growth in population. As a result, a new public elementary school, the Roosevelt Elementary School, was built at 430 East Washington Lane, in 1923-1924. The new school was integrated, providing instruction to both Black and white students in Germantown. Shown is the school band, posing on the front steps of the school in June 1936. 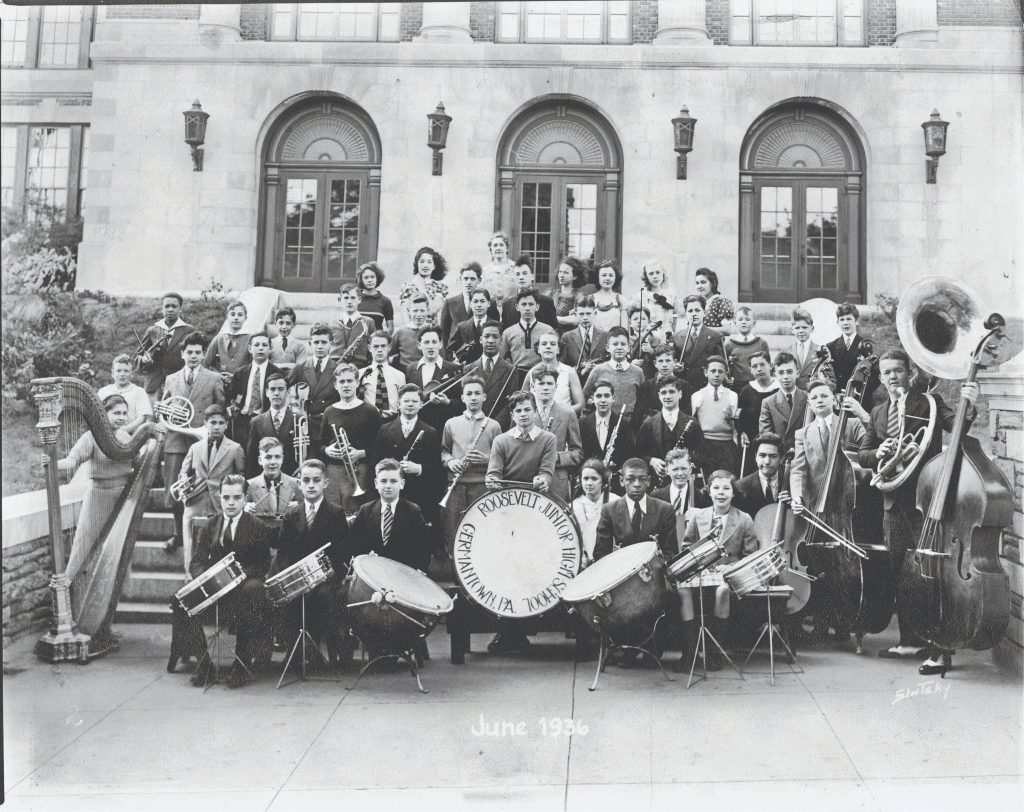 Shown as it appeared around 1900, the Concord School opened in 1775 as an English-language school on Germantown Ave. (near Washington Ln.). The Concord schoolhouse was originally built as a single-story; after briefly closing during the Revolutionary War, a second story would be added in 1818. The school would later close and the building would become the Germantown Site and Relic Society’s (later the Germantown Historical Society’s) first home, in 1901. The Concord School is now one of Historic Germantown’s 18 member sites, along with the adjacent Upper Burial Ground. 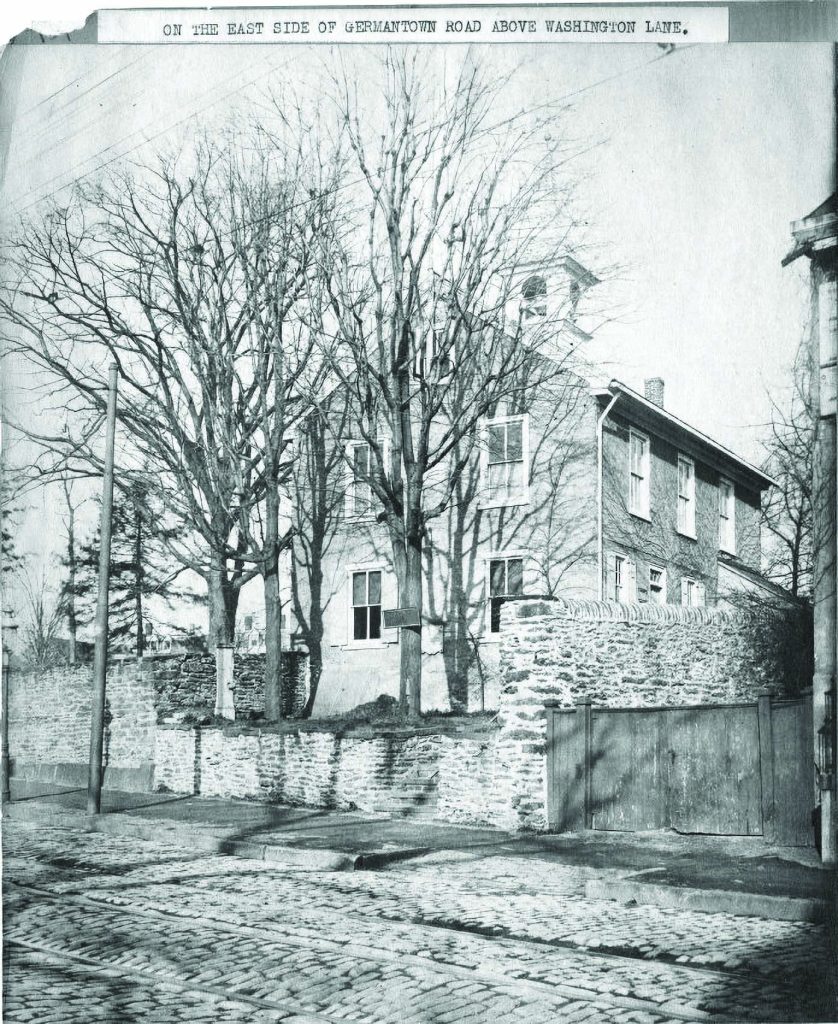 School isn’t just for youngsters; it is also for the young at heart. The Settlement Music School at 6128 Germantown Avenue is the second-oldest branch of the school, following the Mary Louise Curtis branch, at 416 Queen Street in Queen Village. Opened in 1958, the Germantown branch has provided valuable music and dance instruction to generations of area residents. This June 1988 photograph from the Germantown Courier shows students of the school’s “Mellon Mornings of Music” program, which was held each Monday morning. 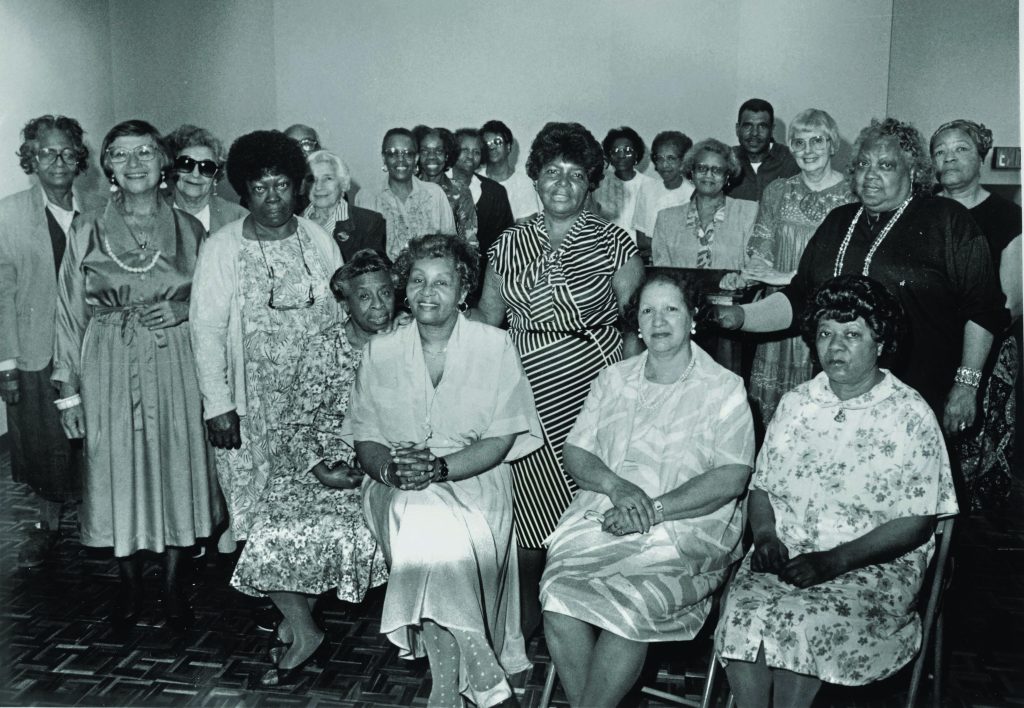 The Pennsylvania School for the Deaf was founded in Center City in 1820 as the Pennsylvania Institution for the Deaf and Dumb. In 1892, the School relocated to a new campus at 7500 Germantown Ave. in Mount Airy; one of the buildings on that campus is shown as it appeared around 1945. The School flourished at this location for the next 70 years. However, enrollment began to gradually decline over the years and it became apparent that such a large campus was no longer needed. As a result, the School purchased the old 6.5 acre campus of Germantown Academy on School House Lane in Germantown, and relocated there in 1985, where it remains today. 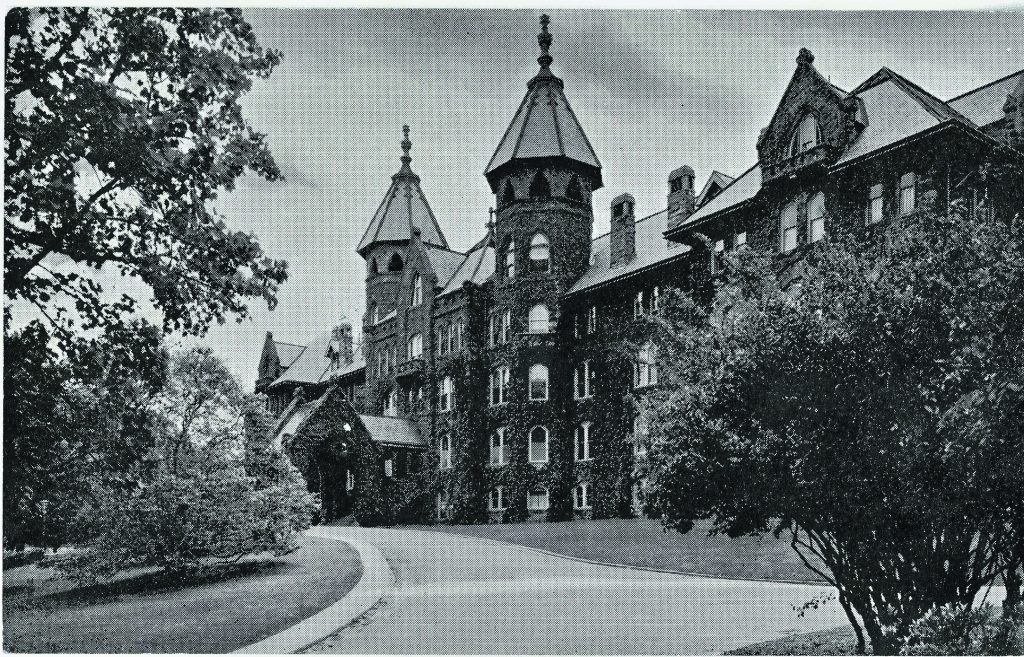 About Alex Bartlett 28 Articles
Librarian and archivist Alex Bartlett combines his hobbies with his career. Working for the Germantown historical society, Bartlett manages the libraries’ collection and archives, while also helping to provide visitors with requested research documents. Alex is a self-described “history nerd,” with interests in archeology and old bottles and glassware. He said that growing up in Germantown is what initially stimulated his enthusiasm toward historical documents and objects, and his job manages to integrate all of his interests into one field.

Student activists fought for racial equity at Philadelphia high schools in the 1960s, and beyond [more…]

When FDR came to Germantown and East Falls [more…]

I’m going to take off my journalist hat for a bit and put on my proud Roosevelt Elementary School dad hat and my proud East Germantown neighbor hat. These kids don’t need me to write [more…]