Barbecuing is a great way to while away a day. Invite some friends over, put the ribs or brisket in the smoker, and kick back, relax and shoot the breeze or play games while the smoke and fire work their magic.

This, however, assumes you have several hours you can spare. What if you don’t, but you still want some tasty Q anyway? Not to worry: a bunch of local pit masters have been smoking for you. All you have to do is go pick it up at the restaurant or have it delivered.

Philadelphia once had a reputation as a barbecue desert. That’s changed thanks to the arrival of a passel of good, authentic barbecue joints over the last two decades or so. While it may still not be on the level of the barbecue capitals, it is now possible to get great Q no matter where you are in the city.

Unfortunately, one of those great Q places, Germantown’s own Charlie Gray’s Rib Crib (6333 Germantown Ave.), still hasn’t reopened after shutting down abruptly in 2016 “due to unforeseen circumstances.” The Grays pop up from time to time at festivals and still cater the occasional event, however, so keep an eye on the Rib Crib’s Facebook page to find out if and when they will be serving.

In the meantime, there are a number of outstanding barbecue joints all over the city. The best ones are a little ways away from here, but they’re worth the trip.

First on the list is a relatively recent arrival on the Philadelphia barbecue scene, Mike’s BBQ (1703 S. 11th St.) However, only the restaurant is a recent arrival; owner Mike Straus has been playing with fire for many years, first at his Taproom on 19th in Girard Estate, then popping up at events and festivals with a Lang smoker he bought on a trip to Georgia. Ribs, brisket, pulled pork, sausage and wings are menu mainstays, but Straus frequently offers dishes he has been experimenting with and other surprises.

Then there’s the must-try brisket cheesesteak, a smoky twist on the classic Philly sandwich topped with Cooper Sharp cheese sauce. And if you gotta have Mike’s meats, order early: the store opens at noon Thursday through Sunday and regularly sells out before its official closing time of 6 p.m. You can call ahead and reserve your order as early as 8 a.m. 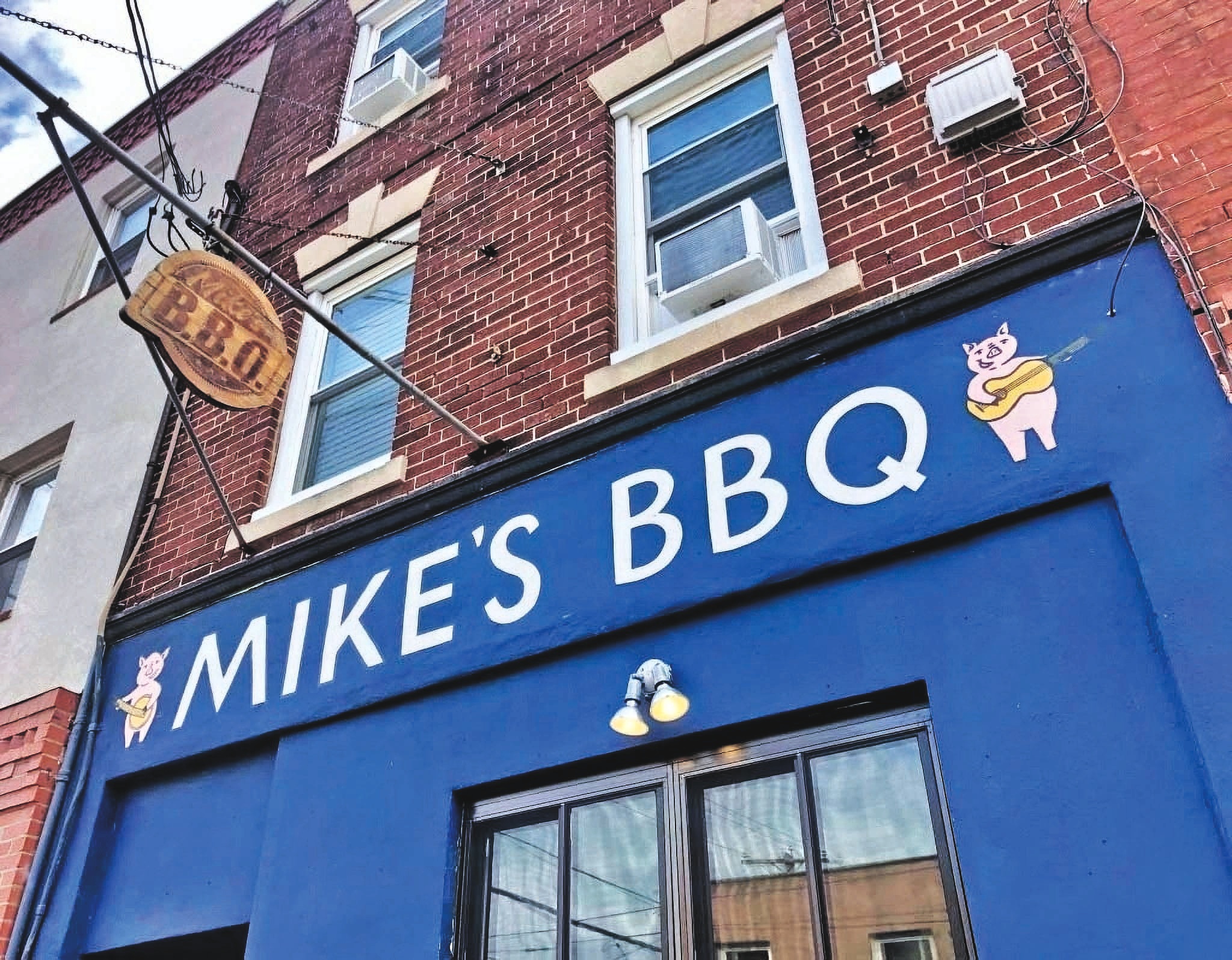 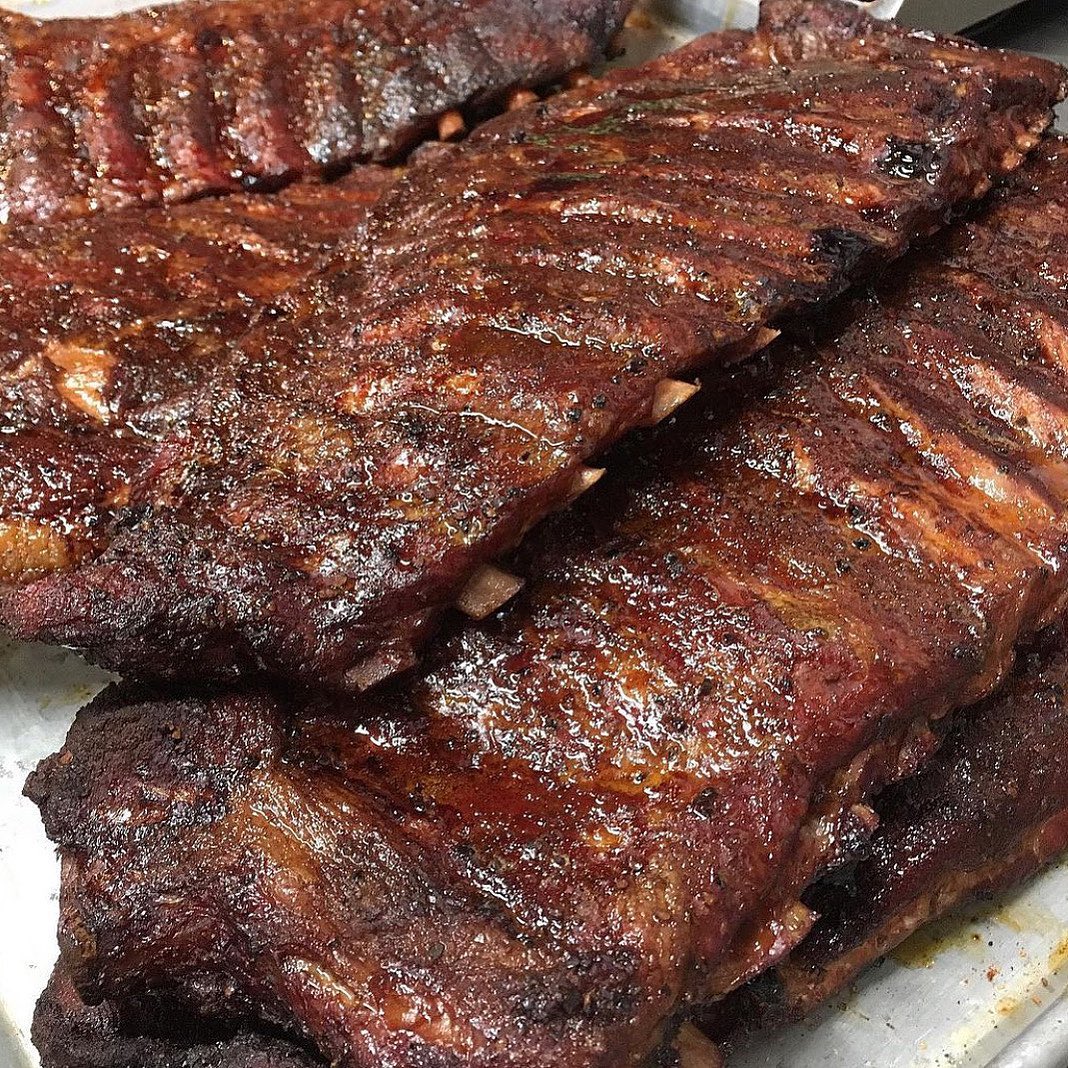 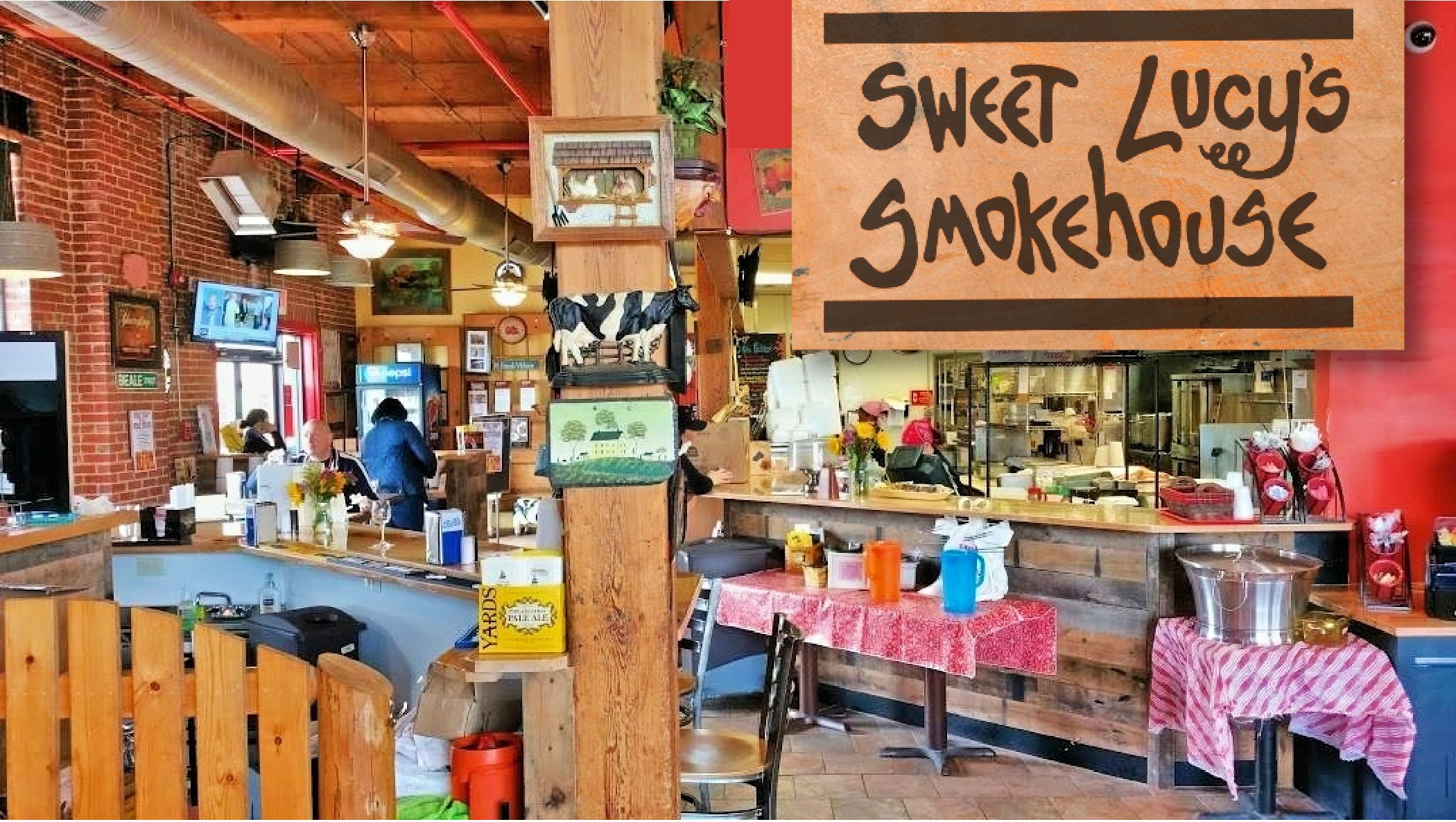 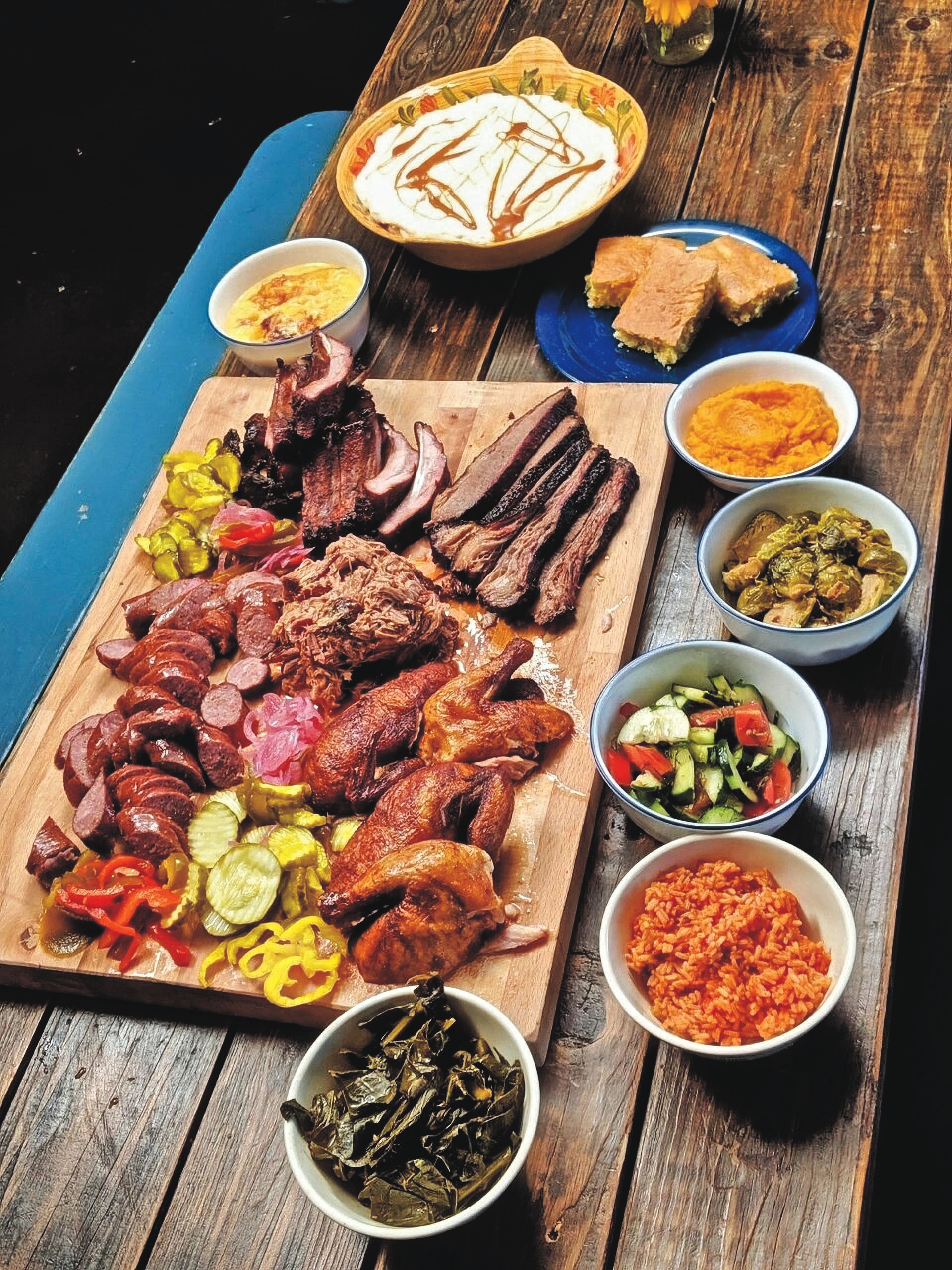 On the other hand, Sweet Lucy’s Smokehouse (7500 State Road), long considered by many as the best Q joint in the city, has been dishing out delicious fare up by the prisons in Northeast Philadelphia since 2003, when they began serving Q from a trailer. Owners Brooke and Jim Higgins — she a Neshaminy native, he a Carolina expat — take all the time they need to produce some of the best baby back ribs, pulled pork, chicken and brisket around. And because, like Mike, they smoke only what they think they will sell that day, they too may run out of food — but they usually make enough that you don’t have to order ahead, and they stay open until 8 p.m. seven days a week.

A little easier to get to is Fette Sau (1208 Frankford Ave.) Stephen Starr brought New York restaurateur Joe Carroll’s popular Brooklyn restaurant to Fishtown a decade ago, and it was a hit from the day it opened. Carroll took his barbecues from Texas, the one barbecue capital whose roots don’t trace to the Afro-Caribbean (its name, which means “fat pig” in German, reflects the Texan origins), and while the menu, which changes daily, is not pure Texan, it does bear strong Central Texas influence. However: This is also one of the few places in Philadelphia where you can get that Kansas City delicacy, burnt ends, in the form of a sandwich.

Speaking of Texas Q, you can also get it on occasion up in Chestnut Hill when North by Texas makes an appearance at the Saturday farmers’ market there (7673 Germantown Ave.) The crew that run this pop-up regularly travel back to Texas for ingredients and inspiration for their “Tex-Mex” barbecue. Their most recent appearance, on July 8, raised money for the Uvalde Little League. 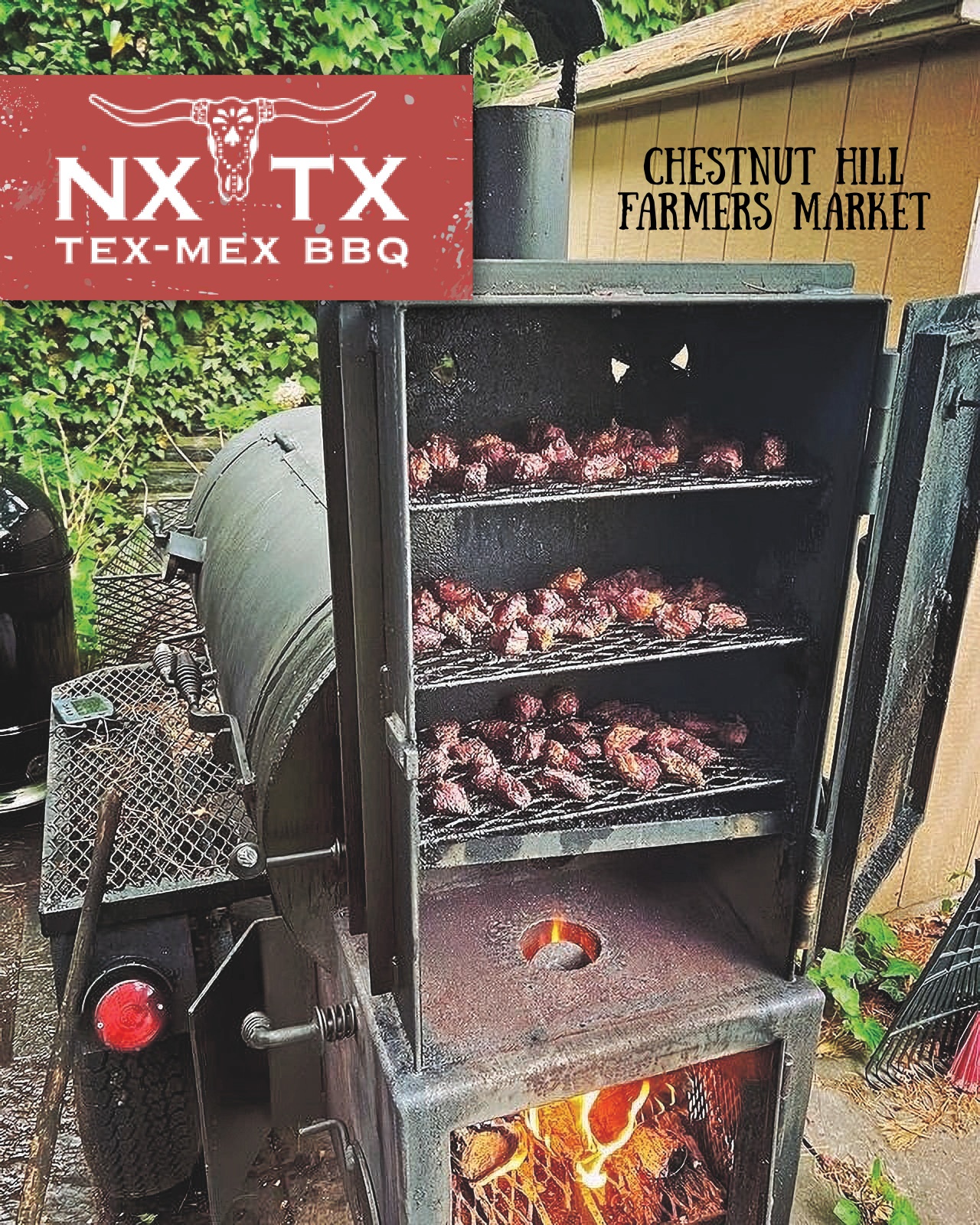 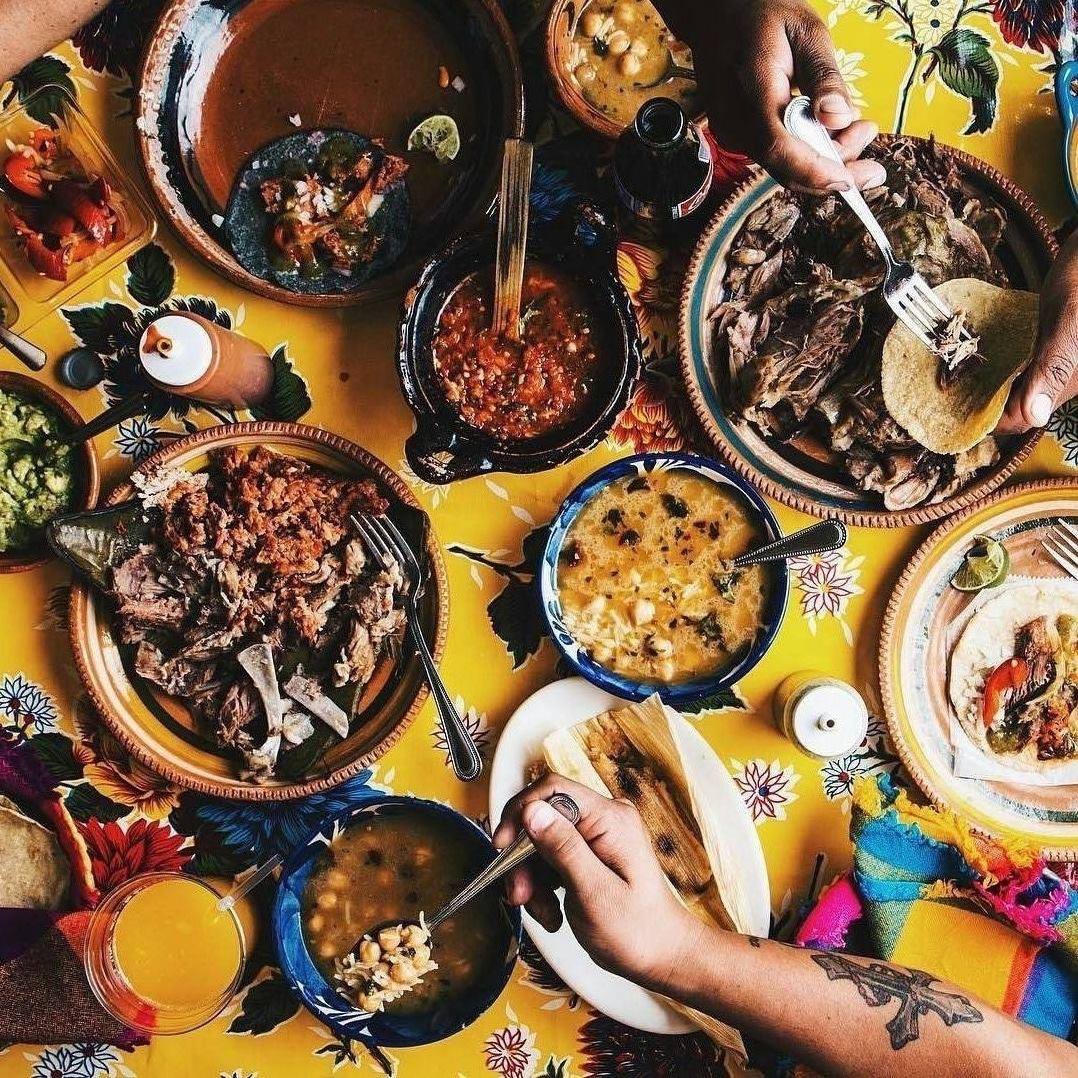 If you would like your barbecue with an even stronger Mexican accent, get in line for the tacos at South Philly Barbacoa (1140 S. 9th St.) Chef Christina Martinez’s fare has won accolades from the national food press, landed the restaurant on “A Chef’s Table,” and finally, snared her a James Beard Award for Best Chef in the Mid-Atlantic Region this year. Martinez is as passionate about the causes that concern her as she is about the food: she has advocated for immigrants’ rights, and, as an undocumented immigrant herself, shone a light on conditions in the restaurant industry here, where immigrants from Mexico fill the back of the house at most local eateries.

Closer to home, there is also a Q joint currently open in Germantown itself: Deke’s Bar-B-Q (137 Berkeley Street), next door to neighborhood-fave craft brewer Attic Brewing Company. The courtyard in back of both is a great place to hang out when the weather’s nice, and live music is often on the menu as well. If you really don’t feel like traveling for really good Q, at least this offers a neighborhood option while everyone waits for the Rib Crib to reopen. 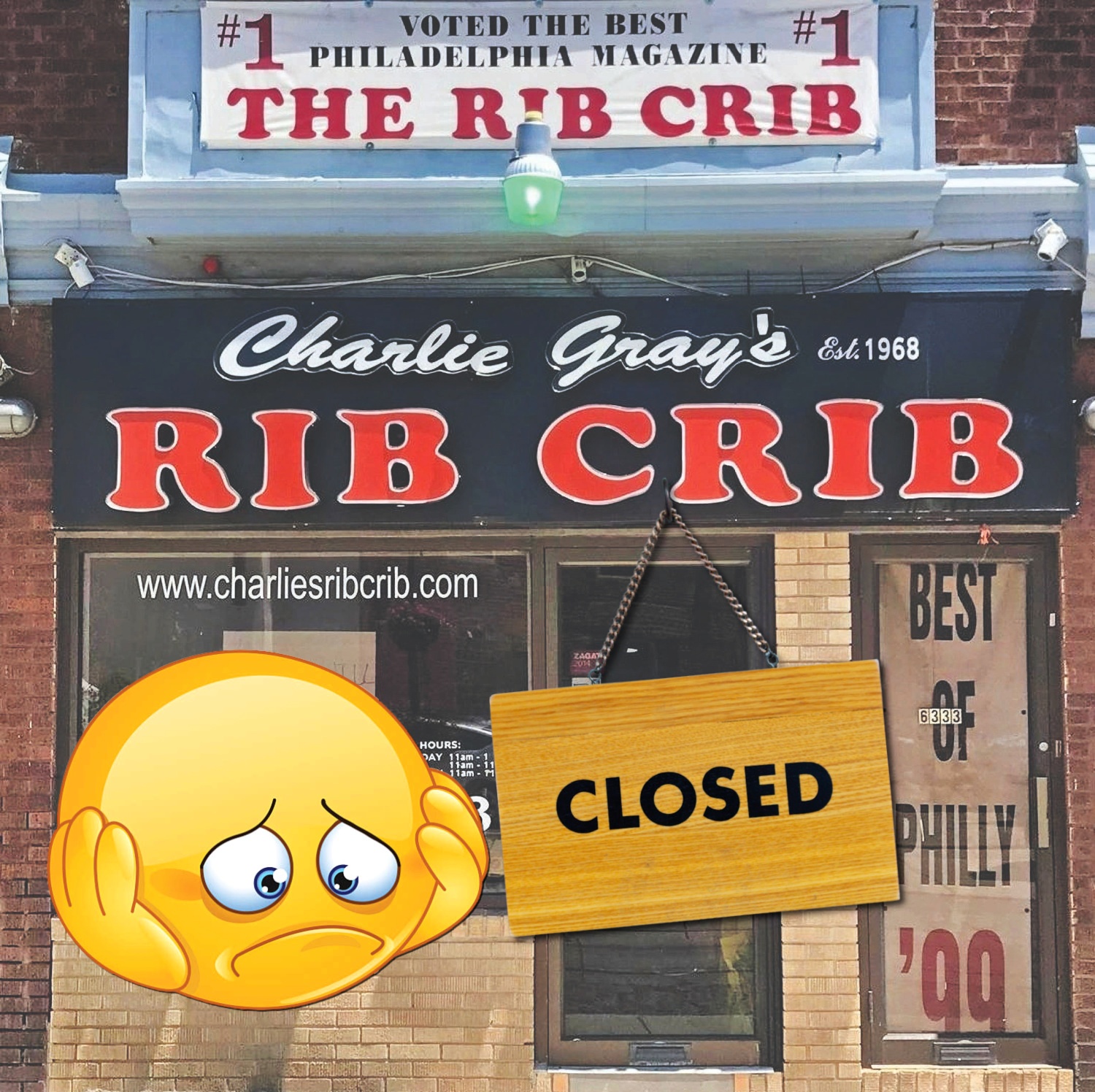 Pig Out! For all you need to know about American BBQ, see Sandy’s excellent piece “Pit Primer” (The Local, July 2022), about the country’s four “BBQ capitals”, each with its own fascinating history. Includes Sandy’s personal recipes for real Kansas City flavor in the city of Brotherly Love.

The Local paper’s new Germantown editor shares his dreams for a real community newspaper that addresses the neighborhood’s needs. [more…]

A short introduction to America’s barbecue capitals, plus recipes from the city that tops them all [more…]

From the rubble of a 19th century industrial building in historic Wayne Junction: a new apartment building and a resurrected diner. [more…]