Can a Germantown-based developer awaken Town Hall from its long slumber?

No doubt you’ve noticed that apartment buildings are sprouting like weeds all over Germantown, especially on its west side. Whether or not you know it, this is good news, for it means that Germantown is also in the thick of the apartment construction frenzy that is gripping the city.

In the long run, all these new units should ease any upward pressure on rents and help keep the affordable rental housing that’s out there affordable.

Now comes a proposal for yet another.

This one, however, would have the added benefit of returning a cherished local landmark to public use.

West Powelton Development (WPD), headed by Germantown native Anthony Fullard, is about to submit a formal proposal to the Philadelphia Industrial Development Corporation to acquire the Germantown Town Hall and rehabilitate it. In order to make that happen, however, Fullard’s company will build a 39-unit apartment building with ground-floor retail behind it, on its parking lot.

Fullard explains that this first step is necessary in order to generate the cash flow that will enable WPD to obtain the financing needed to tackle the restoration of the Town Hall itself. 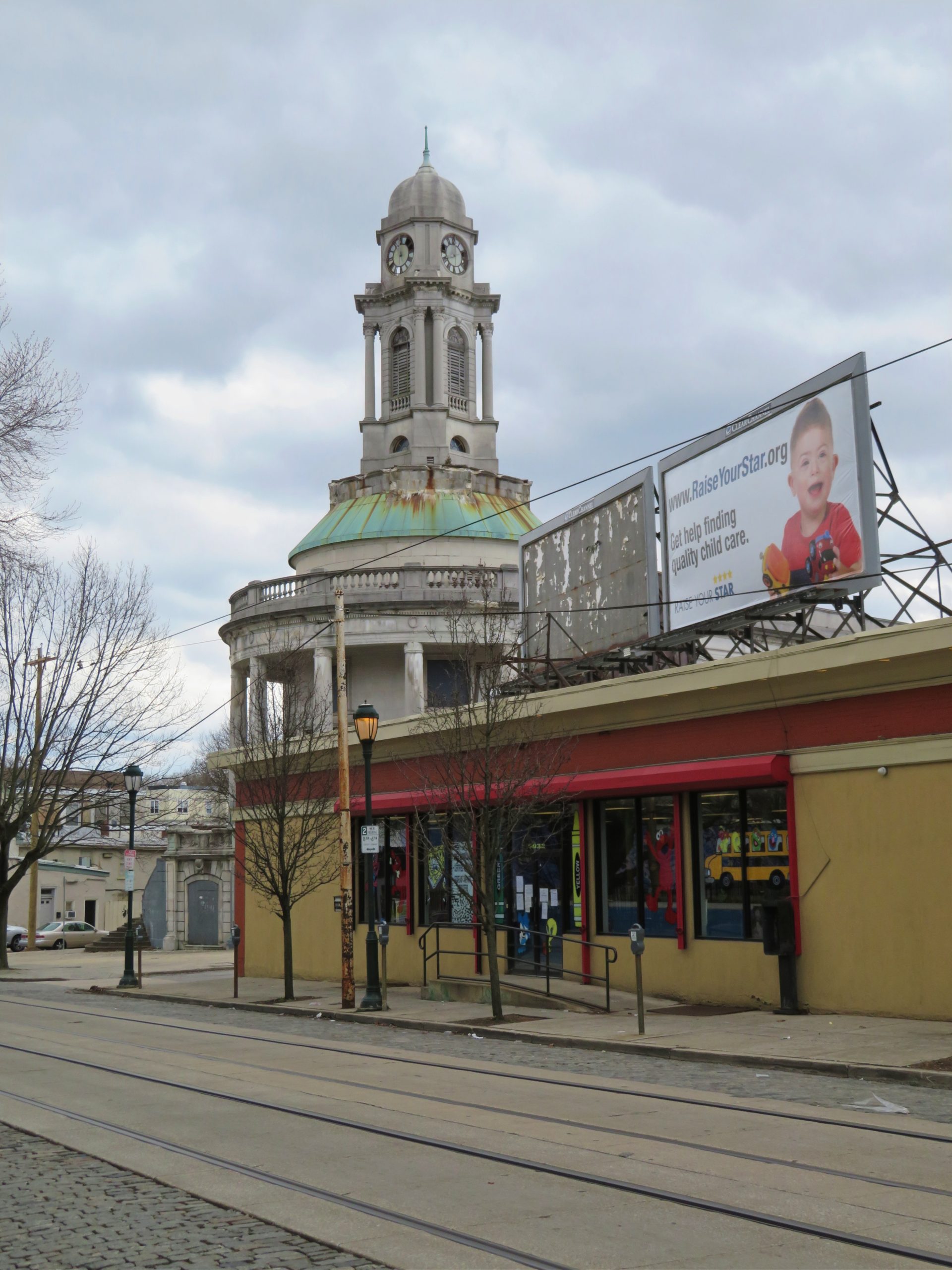 The apartment building will stand apart from the Town Hall because the latter building is on the city historic register and cannot be altered on the outside. And since Fullard also plans to pursue historic preservation tax credits to make the project work, keeping the apartments separate is essential to the Town Hall restoration.

Another reason this project is good news is because its developer is willing and able to take the time needed to secure financing.

Fullard says that work on this project, which began in the fall of 2020, had to be put on hold because the original financing package did not include funding for storm water management features the site requires. But after negotiations with several lenders, he has been able to obtain the needed funding through a restructured package of loans.

Right now, foundations have been completed for three of the units. Fullard expects those to be ready to welcome buyers early next year. The restructured funding will allow him to work on the remaining 16 all at once rather than in phases as originally planned. Work on those should also begin soon. 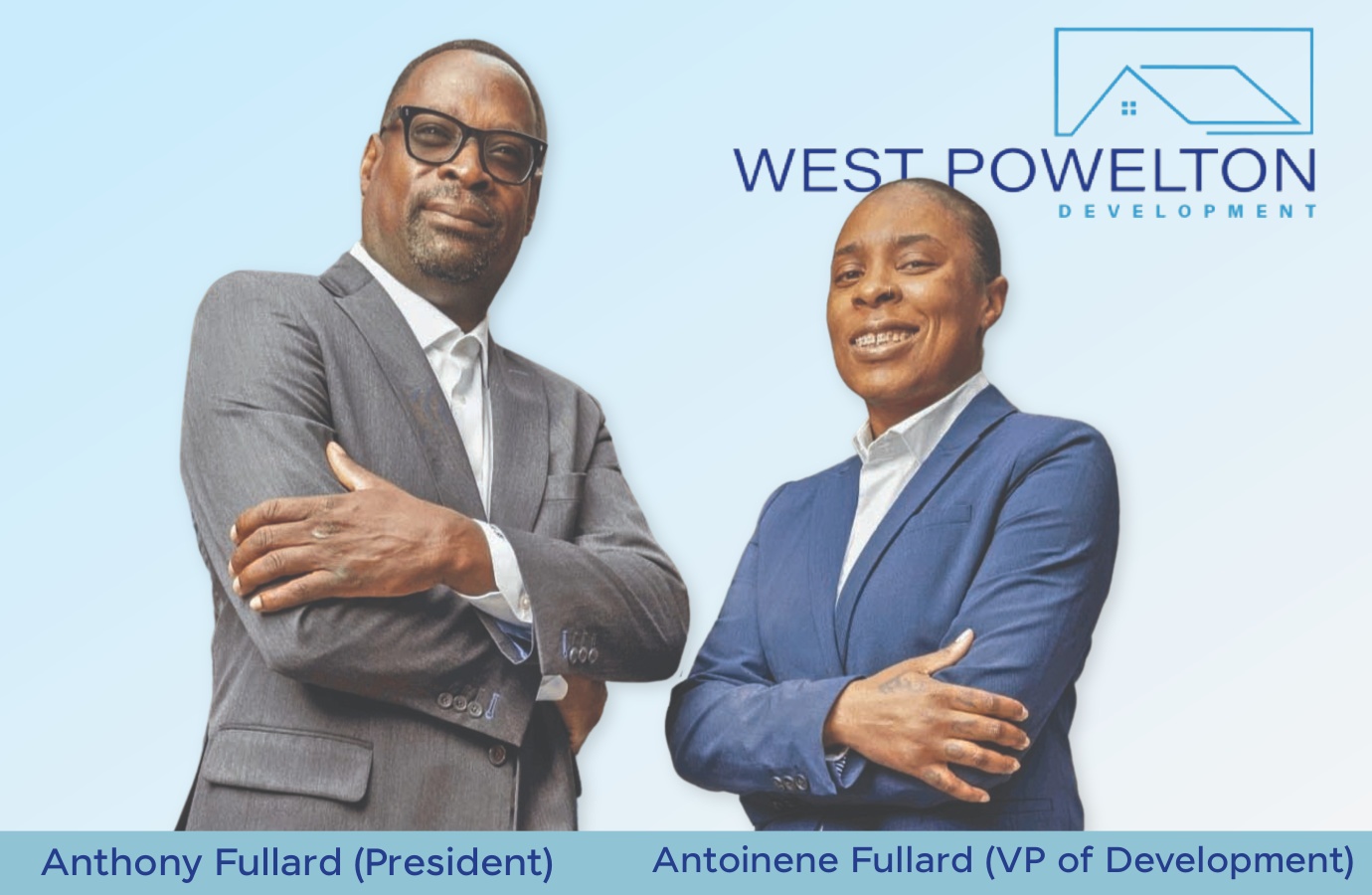 In addition, among the projects WPD has successfully completed is the second reconstruction of the Osage Avenue houses destroyed in the 1985 MOVE bombing. Here, the city picked the company to replace the first rebuilt houses, which developed structural defects shortly after they were finished.

What this means is that a developer with the capacity to see the project through, not to mention a Black developer with ties to Germantown, is prepared to awaken Germantown Town Hall from its nearly 25-year slumber.

In 2013, artist Jacob Wick reopened “Germantown City Hall” for the public to see as part of the that year’s Hidden City Festival. The sight was at once fascinating and eerie, for the building’s offices, last occupied in 1998, looked as though a neutron bomb or some alien force had gotten rid of the people but left everything else — desks, signage, notices on bulletin boards — in place. Fullard aims to bring the building’s lower floors back to life as civic space and gathering places for the community, and he is exploring whether residential units can be created on the upper floors.

Some in the community have expressed dismay that this project won’t stimulate small business development in the neighborhood. They point to BOK, the former vocational high school-turned-maker space and business incubator in South Philadelphia, as an example of what they would like to see Town Hall become. 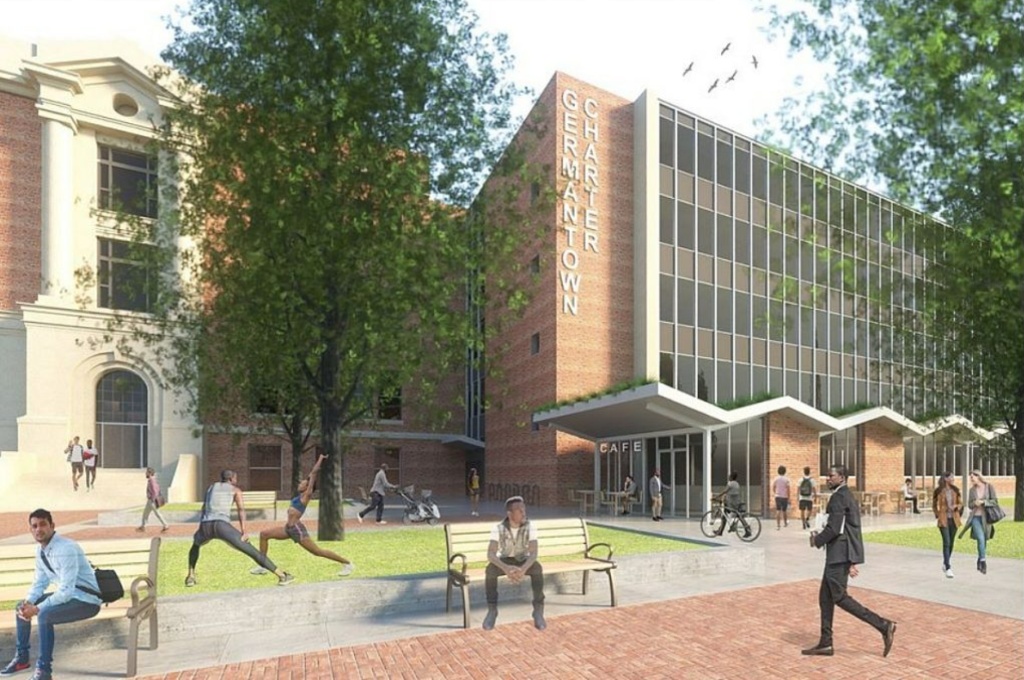 Actually, there’s a building right across Germantown Avenue that’s better suited for that purpose: the vacant Germantown High School. And with a redevelopment proposal announced in 2020 that appears to be at a standstill, there may be an opportunity to reimagine what that building might become.

Especially if apartments are going to rise behind Germantown Town Hall. I for one am willing to take a chance on WPD’s proposal coming to full fruition — the firm’s perseverance on Mount Airy Mews offers a sign of hope.

Editorial Endnote: Germantown High School sold for just $100,000 in 2019, sparking months of heated community meetings and debate that highlights, we think, how much neighbors here 1) love this campus and 2) both want and need development that offers more than just luxury residential.  — ed.

About Sandy Smith 14 Articles
Sandy’s interest in journalism stretches all the way back to high school, and he’s been scribbling away ever since then, either in the field or in its hired-gun cousin, media relations. He currently runs the Real Estate & Home channel at Philadelphia magazine's website, phillymag.com. You'll find his column on trends in real estate and design in the print edition. Cities and the built environment float his boat, as does rail transportation, and he’s written about all of the above for Philadelphia-area media and beyond. His work has also appeared in Next City, The Philadelphia Inquirer, Hidden City Daily and several other regional publications. Sandy is a Kansas City native who currently lives in West Germantown. Follow Sandy on nwlocalpaper.com and social media -- Twitter: @MarketStEl Facebook: WriterSandySmith

Dr. Woodson’s pissed about new tax breaks for wealthy investors opening the door for too much change in Germantown. [more…]