WE LOVE GERMANTOWN…and 2020 is our year to shine! One month down —  and it’s time for some NITTY GRITTY on how to show our real love for Germantown.

I just saw a post with a lot of energy about one small house…218 comments! It gives me hope I can get some energy and drive going on three major properties. Trust me, these three sites in Germantown could create a dynamic path forward for 2020.

IT MATTERS BECAUSE THESE ARE OUR BUILDINGS!!! 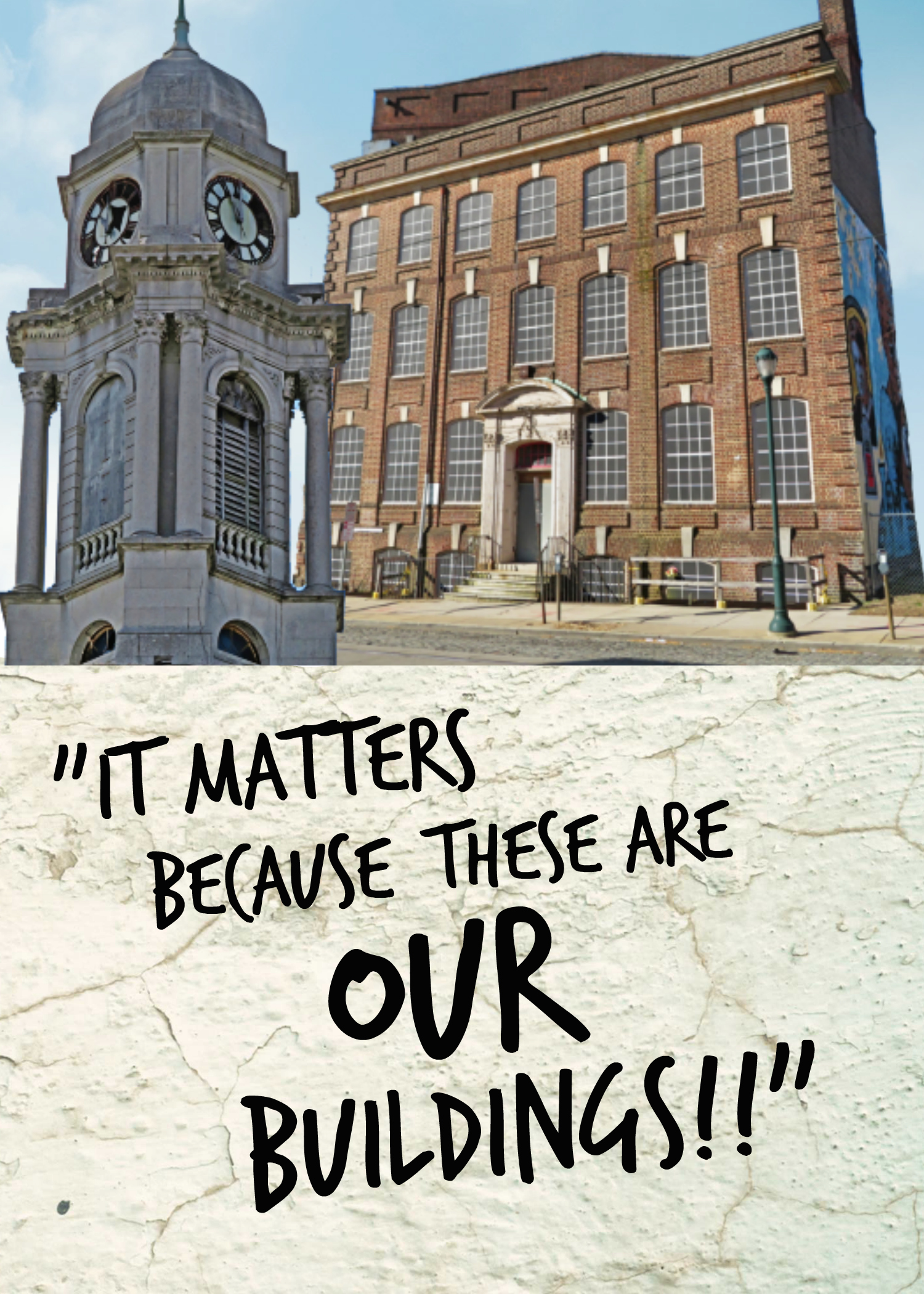 So, let’s get focused. You know about the first two – Germantown YWCA and Town Hall. Last month, I explained how Councilmember Cindy Bass has been blocking their development and leaving them blighted and abandoned history.

Cindy has no expertise in development…none in construction or financing… Yet she has forced YOU AND YOU AND YOU to put up with a developer who keeps making promises and no delivery. For five years and counting! KBK HAS NOT YET DEMONSTRATED THE CAPACITY TO FINANCE THIS PROJECT. And its proposal is full of holes. It is on the third application with the National Park Service to obtain certification of historic tax credits for the project.

And in the case of Town Hall – there isn’t even a developer yet! Many are interested, but Cindy has turned them all away. What is going on? ….”Let it Go…Let it Go…” Singing my plea to Cindy! She needs to stop blocking the marketing of Town Hall…period! Just let it go, and the market will take over. (I hear the developer of Bok Tech is interested!) A true COMMUNITY DRIVEN PROCESS is needed. We deserve better for our historic public properties. 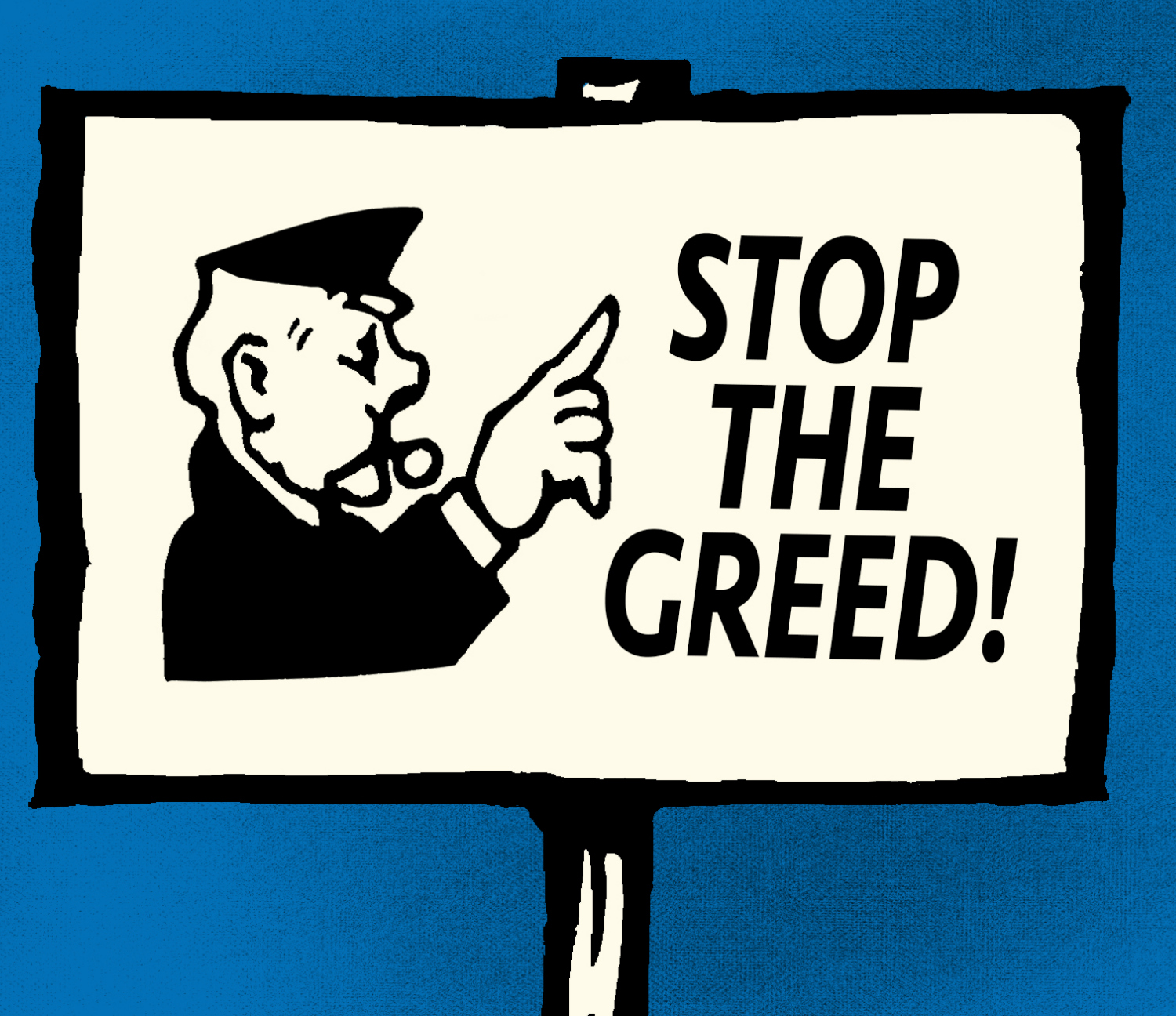 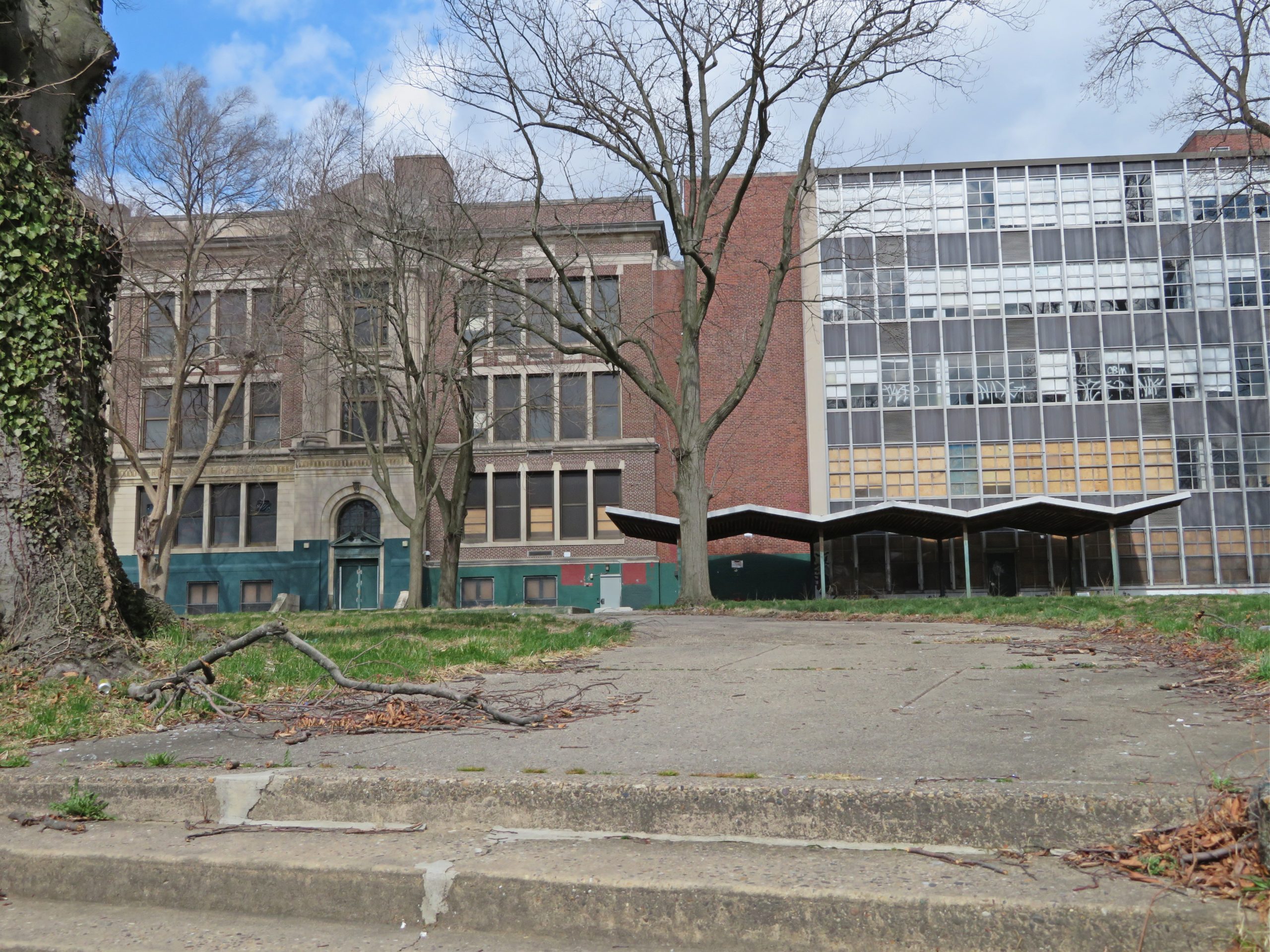 And also our historic privately-owned properties, like Germantown High School. The developer has pulled a zoning permit that does not include what was promised to the community in many meetings. Most troubling, there’s no educational use requested in the variance.

Unless and until the zoning application is amended, no school will be allowed (even with this 99 year history of being a school). Once a variance is approved, everyone HEADS UP…the vacant building would be more valuable for a flip.

I can hear you: But Yvonne, what about the Community Benefits Agreement we’ve all been working on? Because of the failure of the Chelten Plaza CBA, I doubt their value. CBA’s really depend on the good will and commitment of the developer…and not on the power of the document. Enforcing a contract involves lawyers, court costs, administrative oversight… That’s a lot of resources, which many communities like Germantown often lack.

After our experience with Chelten Plaza, I’ve come to believe that the only way to create an enforceable CBA is to require a developer’s obligation to put funds in escrow specifically assigned to cover monitoring and, if needed, initiating a law suit to enforce the contract. Not to belabor, but the terms of a CBA must be expressed in explicit and measurable objectives and requirements. It should be recorded to “run with the land,” meaning that if the building is sold, the CBA is imposed on the new owner.

Just as a deed and mortgage are recorded on the public record, I would recommend that any CBA be a recordable document (i.e., notarized) and required by its terms to be recorded. I would bet a few pennies that the developer of GHS will not agree to do this, especially if he has a “FLIP” in mind.

ARE YOU READY TO HELP DRIVE THIS COMMUNITY PROCESS? It’s important to be bold and powerful! Email Greg Heller, Executive Director of the PRA  to demand that the PRA rescind the bid by KBK Developers for YWCA and demand that the PRA exercise INDEPENDENCE from Cindy Bass in re-bidding the project. DO THIS NOW!! 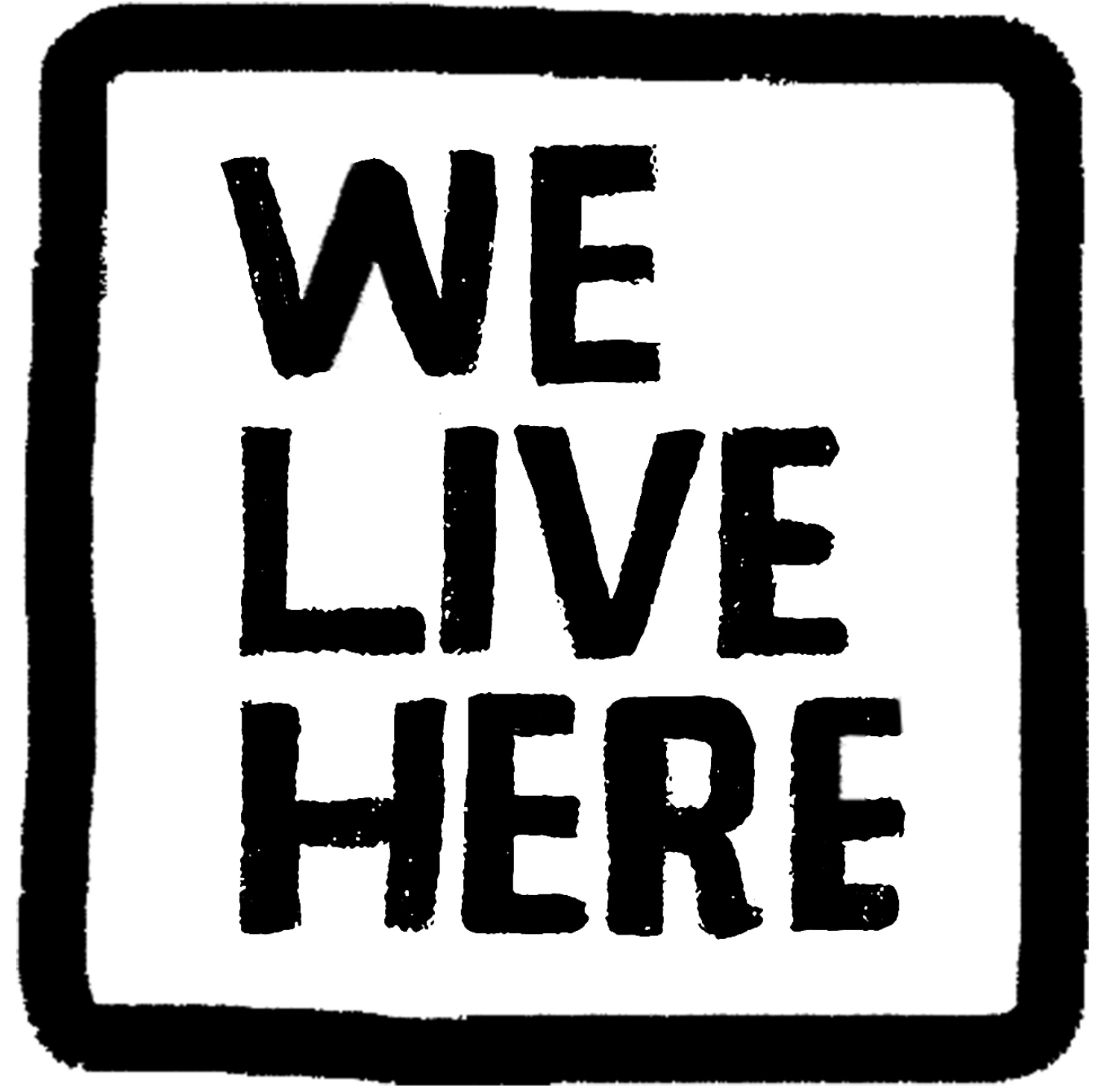 Sue Patterson Thank you for your drive, consistent focus, and pushing everyone to do better Yvonne. It matters.

Yvonne B. Haskins Sue Patterson From your mouth to God’s ears! I will Be disappointed if folks don’t let it be known to Greg Heller that it matters.

Elisabeth Nickles Yvonne B. Haskins I don’t understand why she would block development … For what reason? I know the buildings are different.

Yvonne B. Haskins Elisabeth Nickles When someone is a bully, into ego about who is supporting her, limited in leadership and relationship building, self-centered, and using race to maintain power…the outcome is never predictable, especially if the developer is not willing to “kiss the ring.”

There have been several major news articles about District Council members involved in shady land deals involving transfer of public land. I worry about too much control by Cindy over land deals in Germantown. The Y and Town Hall are public buildings that cannot be sold without an ordinance by City Council. The unwritten rule of Council-manic prerogative gives each District Council member (like Cindy Bass) total control over disposition.

No land can get transferred to a developer unless Cindy introduces the ordinance. This gives her control over the Land Bank and the Redevelopment Authority. So, she can block development as she did in blocking the development of the Y (that had strong community support for senior housing) and Town Hall.

How long will folks tolerate this? Cindy says she will ONLY DO COMMUNITY DRIVEN PROJECTS. The KBK development was NOT community driven. But why don’t we rise up and demand that Cindy do what she claims as her mantra…. If the community will speak with unity…what could she do with such “community driven” resolve??

The Local Regarding GHS’s variance request — GHS Education Committee point person/GUCDC president (Julie Stapleton Carroll) said this summer that getting a school here was “one of the main interests of the community” and also that it would be an advantage in negotiations with the Developer to have a guaranteed “anchor tenant.” Unfortunately, at the emergency zoning meeting we attended in December, there didn’t seem to be any progress on this reported.

Julie Stapleton Carroll The Local the developer has pledged to add an educational use to the variance appeal at a meeting we (the coalition) had with them in December. Our lawyers from RHLS will be confirming that they in fact do so.

The education committee headed by Cornelia Swinson meets regularly. They are in active discussions with a number of potential partners. This remains a pivotal focus in this project.

Yvonne B. Haskins Julie Stapleton Carroll If the zoning application was made after the December meeting, there is obvious disregard for including an educational use.

Yvonne B. Haskins Barbara McDowell Dowdall My kids swam there…my daughter learned to swim at the Y. What I really love is the history of Germantown women associated with the Y. Did you know that in the 1940s — get this — black women had a separate facility further north on the Avenue. The white women decided that this made no sense and invited the black women to come join them at the big Y with the pool.

The integration of a swimming pool was especially unheard of in the 40s (if anyone remembers the Nile Swim Club in Upper Darby, the segregation was strong 30 years later.) The act of these women to come together is a great historical moment for Germantown. Loretta Witt, president of Historic Germantown, probably loves this story!

Loretta Witt You got it, Yvonne! I think that “separate facility” is what we know of as Settlement Music School today. 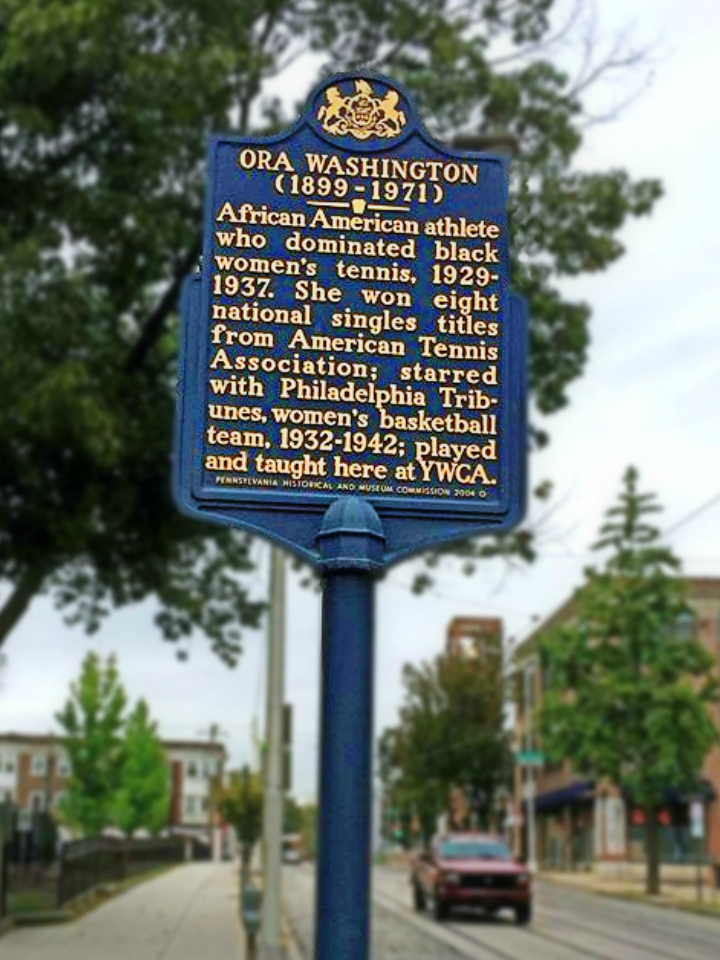 Jill Saull Yvonne B. Haskins there is a marker at Settlement Music about the Tennis Great Ora Washington and that being the site.

Robert Seeley Ora Washington was recently inducted into the Basketball Hall of Fame, but the marker predates her induction.

More local chatter on Facebook: Living In Germantown is another great neighborhood resource.

About Yvonne Haskins 4 Articles
Yvonne B. Haskins has substantial and varied experience as a lawyer, financial underwriter, developer, public administrator, community/economic development planner, and community-based organization director. Her current focus is real estate law, affordable housing and economic development projects. She initiated a process that resulted in the creation of Germantown United Community Development Corporation, whose mission is to revitalize and bring improvements to the commercial corridors in the Germantown community.

Penn Street resident & budding photojournalist Katherine Wzorek is back from two years in Latin America, and turning her lens homeward on our Instagram feed. Follow Katherine for a special look at our local landscape, plus upcoming profiles [more…]

As Fallsers it’s only natural to want to connect with our German past this time of year when cool weather sparks cravings for richness: meats, cheeses, and breads. Here’s your excuse to indulge… Philadelphia’ s [more…]

On the Right Frequency

Let’s tune in as our tattooed contributor’s colorful story continues at the Philadelphia Convention Center.  [more…]