At an April Germantown Hub meeting, neighbors and journalists compared notes about the drama surrounding the Germantown High School property’s recent sale for a mere $100k. The same name kept coming up, until finally one of the moderators stood to remind the room that a Councilwoman “only has so much power.” Public land deals are a complicated process and it’s wrong to blame one person.

Except no. In Philadelphia there’s a thing called “Councilmanic Prerogative” – it’s not a law, really, more like a legislative tradition that basically means a Councilperson has full control over all the public real estate dealings in their district. Whatever they propose to Council, if it’s in their jurisdiction then the other Council members rubber-stamp it as like a courtesy: 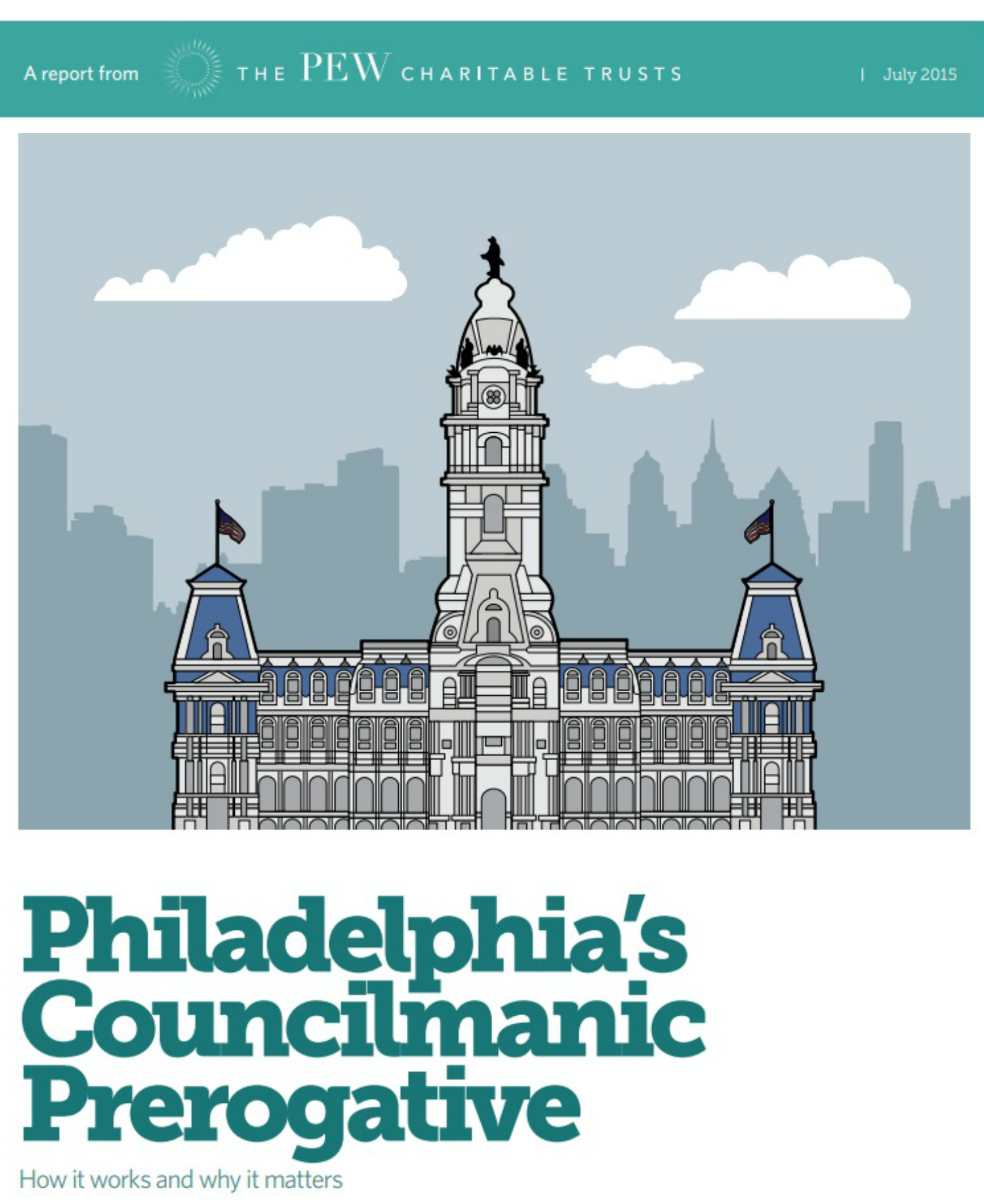 We are not making this up. In 2015, the PEW Research Center (a non-partisan fact tank) compiled an extensive analysis of City records and data from 2008 to 2014, which revealed ZERO recorded cases where prerogative bills did not pass. Even more troubling, PEW found most councilmanic prerogative occurs behind the scenes, which opens the door for favors and back-scratching.

When a developer’s interested in acquiring public land in Philly, councilmanic prerogative behooves them to reach out to the District Council’s office — technically, the City has a Zillow-like app of listings but it’s pretty much a “don’t-call-us-we’ll-call-you” thing (where only certain people get called back). So the first official involved when there’s possible development on public land is the District Councilperson. That’s just the way it is.

And since this hush-hush process is all handshakes and phone calls – and donations! – no one outside privileged circles knows what’s going on. Of course most of the time councilmanic prerogative is probably perfectly legit. Except when it’s not.

Fun Fact: since 1981, in every instance when a City council member has been convicted, it’s been due to shady stuff around land deals. Must be hard to stay honest when no one’s looking and developers are throwing cash at you. “Sure the neighbors need affordable housing but Luxury Condo Guy here’s buying me a campaign boat so…”

Even financial assistance for local groups, events and services. A dedicated councilperson could lay down a tight Community Development Agreement to help curb displacement and ensure that economic growth benefits everyone on an on-going basis.

At a recent North Philadelphia clergy summit, Wilson Goode – yes, THE Wilson Goode – was clear about who has the power to save our great city’s history, culture and vitality. “District Council could end gentrification now if they wanted to,” Philadelphia’s former mayor told the crowd of local minority leaders & organizers, providing examples from his time in office. “The power to stop gentrification lies in the hands of the 10 district council seats.”

Which brings us back to Germantown High School, which – on top of selling to a developer for just $100k – is now slated for Sheriff Sale thanks to $70k+ in unpaid taxes. If the account remains in arrears, the auction date’s set for May 15th (opening bid $1500). What is going on here?!

UPDATE 5-1-19: According to GUCDC president Julie Stapleton Carroll, the sheriff’s sale is now off — and a meeting with the community and the developer is on! Come out to Janes Memorial United Methodist Church Monday May 6th,  6:00 – 8:00PM (47 E. Haines Street).  Jack Azran and his team will discuss plans and next steps for the Germantown High School property — no word yet on whether Cindy Bass will be making an appearance (let’s hope she’ll at least send a representative)…

The Gentrification Summit, hosted by the PBA Ministers Council, provided attendees an all-day immersion into the issues and impacts of rampant, unregulated for-profit development. After a morning of inspiring speakers (including Dr. Goode), guests formed working groups and targeted action plans to fight displacement and induce developers to provide more resources for middle and lower incomes.

Key players in attendance included Councilwomen Cherelle Parker and Helen Gym, plus a community relations specialist and advocate from Germantown, Sharrieff Ali, who came away from the summit fired up for change. “Councilmanic prerogative should never be for sale,” he told us, “It should always be a part of an inclusive, transparent, community-driven process.”

A Chat with Dr. Goode

The things you learn chatting with an ex-Mayor! Where would a councilperson who wants to do good for the community start? What can neighbors do to lend a hand? Dr. Goode gives us his take. (Big thanks to Sharrieff for sharing Mayor Goode’s empowering message.)

Let’s say a District Councilperson was very motivated to help a community such as Germantown combat gentrification. What immediate steps could they put into action using councilmanic prerogative?

First let me say that people often blame developers alone for skyrocketing housing prices and taxes in a gentrifying neighborhood. The other side of that coin is that there are city policies and regulations in place that allow it to happen – policies that the district councilpeople have the power to change through councilmanic prerogative.

Right now, that power allows them to delay a project indefinitely or approve it based on conditions of their choosing. Those conditions could be made into regulation or policies – a set of requirements that must be met before the councilperson signs off on development initiatives.

There’s examples of policies in place right now that affect development, such as a signoff from a district councilperson for zoning changes in their district. Same goes for a street renaming. If these changes require councilperson approval, why not other development initiatives?

Dramatic increases in property value in gentrifying neighborhoods (and the tax increases that go with them) can be influenced to a great degree by councilpeople if the right policies and regulations are in place.

What are the chances that a District Councilperson doesn’t know about the sale of a public property in their district?

Zero. Not only would they have to know about it, they’d have to approve it.

Any examples of councilmanic prerogative being used for good?

I don’t know of any. Right now district councilpeople seem to be in reactive mode. Only after things are happening do they try to do something about it. It’s a piecemeal approach. They need to be proactive. They need to understand how gentrification is affecting their areas and have a plan and policies to deal with its negative effects – without those things, it’s difficult to use councilmanic prerogative for good.

Developing that district-wide understanding of gentrification seems straightforward. If I were a district councilperson, I’d start with the entities in the city that have the power to approve development – and there are only a handful – the Planning Commission, Licenses and Inspections, the Redevelopment Authority, and the PIDC (Philadelphia Industrial Development Corporation). You can get all sorts of information about development from those groups and it’d allow me to understand the trends in my district and formulate regulations to ensure equitable development.

What can be done?

There are two things – one by citizens, the other by the district councilperson.

As for the councilperson, they need to connected with decisionmakers and recordkeepers (such as the Zoning Board, the Planning Commission, the Redevelopment Authority, the PIDC and the Department of Records) to monitor any type of change to land sales in their area. They can then detect unusual patterns and act to minimize negative impacts on the neighborhood. 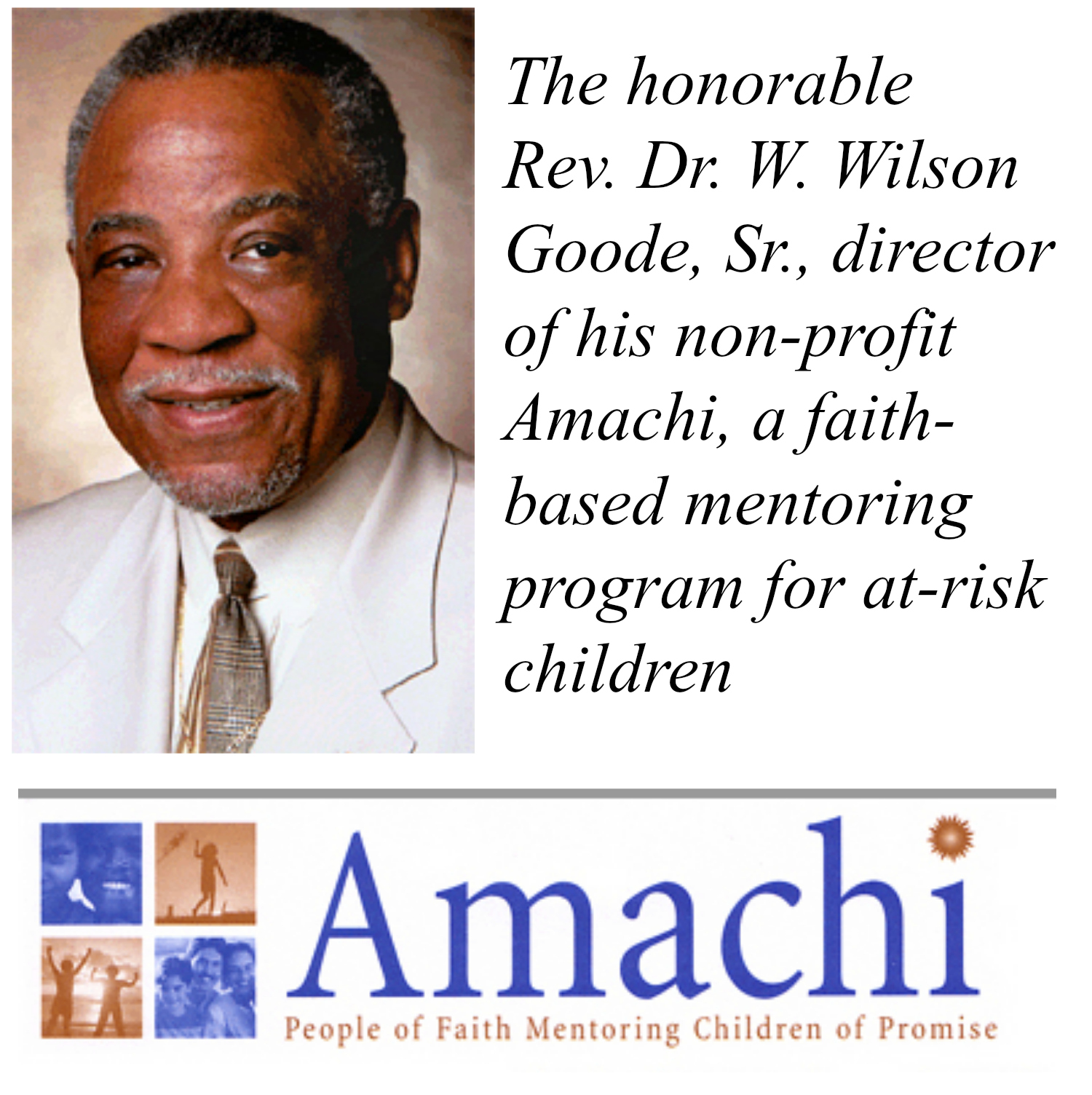 Philly’s former mayor is hard at work for the people who need him most! In addition to his non-profit Amachi, he’s also leading more gentrification summits in the coming months across Philadelphia. For meeting dates and info, email him at wgoode@amachimentoring.org.

Let’s Hear It for the Falls

A love letter to our neighborhood, by a local hoping to serve. [more…]

CAN-Do! Todd and Laura Lacy tell us how they keep the beer flowing after COVID shuts their doors barely 8 weeks after opening. [more…]