A short introduction to America’s barbecue capitals, plus recipes from the city that tops them all 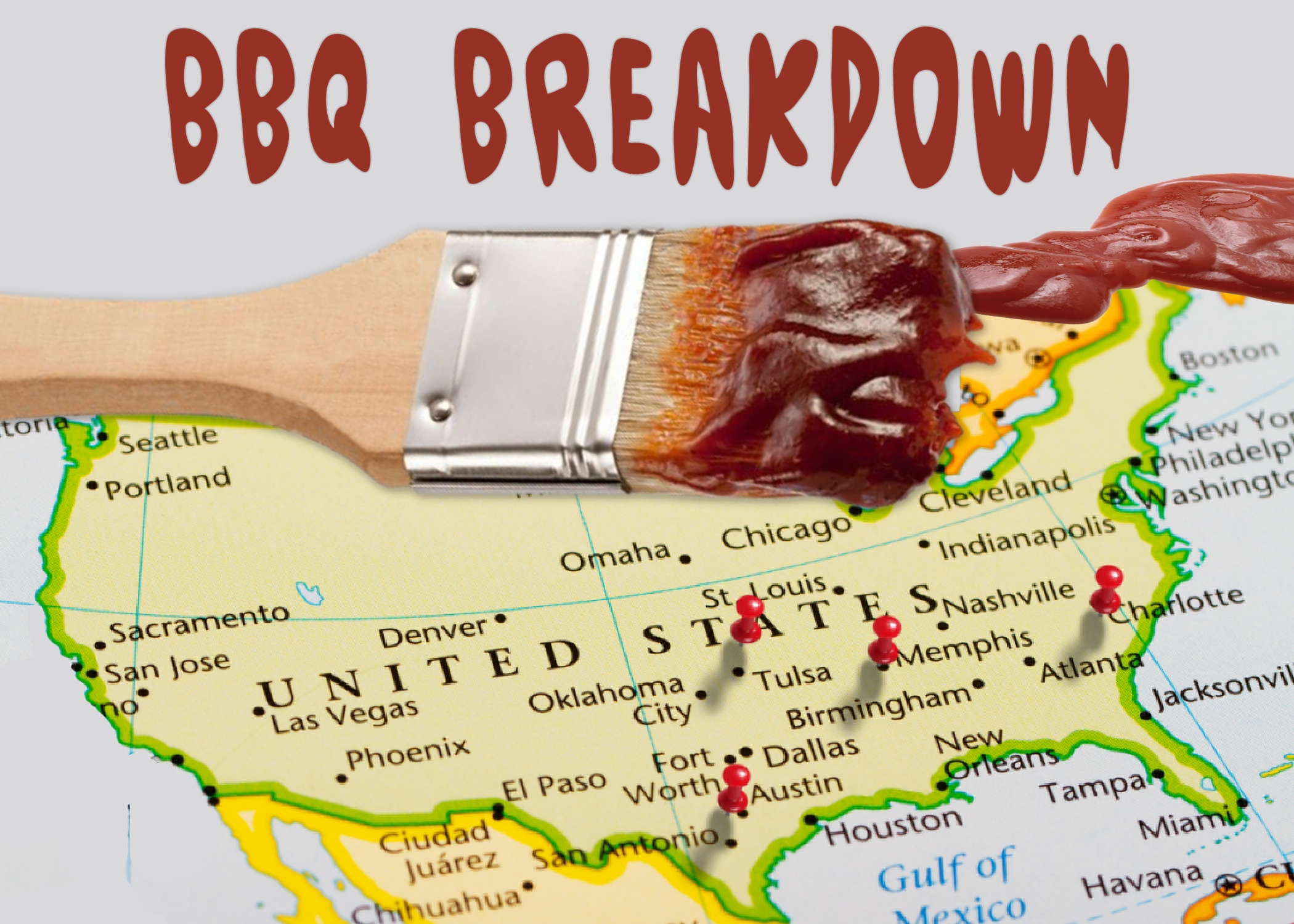 Last year around this time, I introduced you to the joys of real barbecue and the tools you needed to make it.

Now barbecue season is upon us again, and it’s time to learn a little more about this gift given to us by the people of the Caribbean, for the most part.

“For the most part” because, as you will soon learn, the major styles of American barbecue include one that comes to us via Germany. But the practice of slow-roasting meats over an open fire in a covered pit is generally acknowledged to have originated among the Arawak people of the Caribbean.

The word they used to describe the cooking method, “barabicu,” became “barbacoa” when the Spaniards who landed in the Caribbean ran across it. That word then passed through the Portuguese and the French, who bequeathed their word “barbecue” to the English language.

That word has multiple meanings, depending on where it’s used. Here in the Northeast, “barbecue” refers to the mere act of cooking food with an open flame, while in the major barbecue regions of the country — most of them in the Southeast – the word is reserved for meat cooked over indirect heat at a low temperature. Real barbecue comes in several regional varieties, but four in particular stand out.

The first style is Carolina barbecue, which comes closest to the Caribbean variety.

In the Carolinas, barbecue means pork, and only pork. It comes in three variants, the two best known originating in North Carolina.

In the eastern part of the state, whole hogs are barbecued, then shredded with forks to produce “pulled pork.” The shredded pork is mixed with a thin, vinegar- and pepper-based sauce that is also used as a mop sauce, depending on the establishment.

Western North Carolina barbecue focuses on the pork shoulder, which can be served shredded or sliced. Lexington-style, or “Western,” sauce, like barbecue sauces in most of the rest of the country, uses tomatoes in addition to the vinegar and peppers. This sauce, called “dip,” is also used instead of mayonnaise to make the coleslaw served on the side.

In South Carolina one finds a unique mustard-based sauce alongside the vinegar- and tomato-based sauces — it’s a controversial ingredient, we won’t get into that here.

The second barbecue capital is Memphis, where ribs rule.

Here, as in the Carolinas, barbecue means pork, and ribs are the signature dish. They can be cooked “wet” — brushed with a vinegary “mop sauce” while they cook — or “dry” — marinated with a dry rub before smoking. Both varieties are then served with a thick tomato-based sauce on the side. Memphians also serve pulled pork in sandwiches, on salads, with spaghetti, on pizza and in nachos.

Next comes Texas, a sprawling state with various regional spins, the most noteworthy with European roots.

As in the Carolinas, there are several local variations, but the one most distinctive to the state is the Central Texas “meat market” style. This is the barbecue the Germans (& also Czechs) bequeathed us, as they settled in the area between Austin, San Antonio and Houston, eventually developing a unique pit-smoked BBQ experience, served cafeteria-style.

Their original local markets sold fresh meats and smoked their leftovers in enclosed smokers, as they had done in the Old Country. Black and Hispanic cotton pickers then took up the tradition of eating smoked assorted cuts with pickles and cabbage/slaw. Meat is usually sold by the pound, like in a butcher shop.

Sausages also figure prominently, and sauce is an afterthought if it’s used at all. For many, these meat markets are the quintessential Texas BBQ joints.

From here, we head north to the place where everything comes together: Kansas City!

Kansas City and Memphis barbecue are kissing cousins: a Black pit master from Memphis named Henry Perry, who migrated to the city in 1921 and opened its first barbecue stand, is considered the father of Kansas City barbecue. But in contrast to the other three regions, Kansas Citians are marvelously tolerant when it comes to what foods merit smoking. Beef, pork, chicken, lamb, ham and even jackfruit can all be found on the menus of local Q joints. The city is also home to the world’s biggest barbecue cook-off, the annual World Series of Barbecue, held in conjunction with the American Royal livestock show and rodeo in the fall.

But the signature KC items are pork spareribs and burnt ends. Spareribs need no explanation; in KC, they’re served either dry with sauce on the side or glazed with a Kansas City-style, tomato-based sauce. Burnt ends are crunchy-yet-chewy chunks of beef brisket carved from the point, which cooks quicker than the rest of the slab. Like lobster, this onetime throwaway item — Arthur Bryant’s Barbeque served them free to patrons waiting in line for their orders — has become a prized delicacy, one so much in demand that many restaurants now simply cut cubes of beef off the rest of the slab and pass them off as the genuine article.

The key to seasoning Kansas City Q is sweetness, with a few exceptions. Dry rubs use brown sugar as a base, and many of the best-known sauces use molasses as a key ingredient. You can make your own KC-style dry rub with just a few simple spices that you probably have on hand, in the following ratios:

You can find Kansas City-style barbecue sauces at most supermarkets; I find most of them too sweet for my taste, with Aldi’s Burman’s Kansas City barbecue sauce being a notable exception. My own sauce recipe is a knockoff of Gates’ Bar-B-Q sauce, which stands out from most KC sauces for being more tangy than sweet:

METHOD: Combine all ingredients in a saucepan and heat just to the boil. Reduce heat to low, cover and simmer, stirring occasionally, for 30 minutes. Allow to cool and then store in bottles. The sauce will keep for at least one month in the refrigerator.

Pro Tip: Save time and effort by ordering Gates’ sauce online from the company website, gatesbbq.com (or Amazon.com) It comes in Original, Extra Hot (the version I prefer) and Sweet & Mild, the last of these Gates’ concession to the molasses craze.

Get grilling! For a great “How To” with tips on BBQing in the city — and information about Philly’s fire codes — see “All Up in Your Grill” (The Local, June 2019) Next month, my top spots for authentic local BBQ. Feel free to leave your own personal favorites in the comments below.

From the rubble of a 19th century industrial building in historic Wayne Junction: a new apartment building and a resurrected diner. [more…]

It may be the only way we can get a City Council member who serves rather than talks down to her constituents while putting her favored pets first. [more…]