When “cancelling” is a good thing.

PHILADELPHIA – Like so many of you, we have been waiting with bated breath to find out if President Biden would keep his campaign promise to forgive some portion of our student loan debt. Hell, I had all but given up on the notion after nearly two years, but yesterday he did just that.

Yep, there is still more! He extended the Biden administration loan repayment pause through the end of the calendar year. The administration has also proposed some rule changes to make life a little easier for those in the Income Based Loan Repayment Program.

The new rules would ensure that borrowers aren’t paying more than 5 percent of their disposable income, this is down from 10 percent. If you make under 225 Percent of the federal poverty level or about 15 dollars an hour for a single borrower, you won’t have to pay anything. The plan also forgives loan balances after ten years instead of 20 years, as was previously the case if your loan balance is less than 12,000 dollars. It covers any unpaid interest even if your monthly payment is zero if your accounts are current. 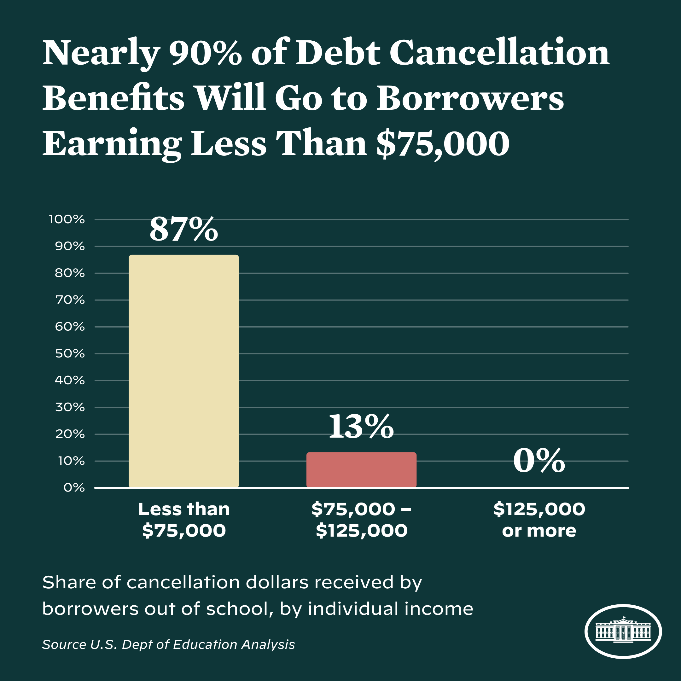 “Ninety-five percent of the borrowers can benefit from these actions, that’s 43 million people,” said Biden.

If you have worked in public service (federal, state, local, tribal government/ military or a non-profit organization) for 10 years or more. In that case, even if nonconsecutively, you may be eligible to have all your student debt canceled, but the deadline for you to apply for this is October 31, 2022.

The Public Service Loan Forgiveness (PSLF) program will forgive the remaining balance after 120 payments have been made to your account. The new rule changes allow borrowers to receive credit for past periods of repayment that wouldn’t otherwise have qualified PSLF. 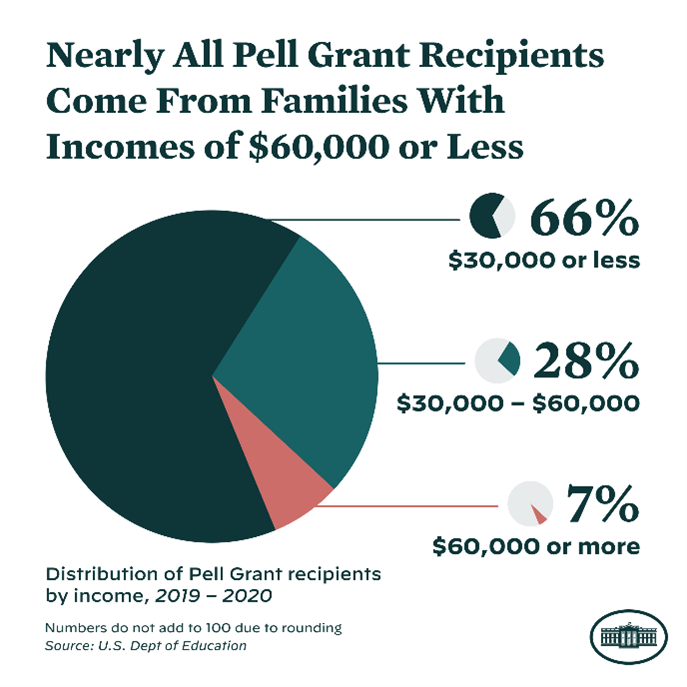 “No high-income individual or high-income household, in the top 5 percent of incomes, by the way, will benefit from this action;  period,”  Biden said. “In fact, about 90 percent of the eligible beneficiaries make under $75,000 a family.”

The catch is that this only applies to federal student loans. You’re still on the hook for any private loans you received.

If the Dept. of Education has your relevant income and employment information and you qualify, your student loan forgiveness should automatically apply to your account.

If you aren’t one of the 8 million Americans holding student loans, the Dept. of Ed. has the relevant employment and income information for the Biden administration will set up a simple app to help you get that information into the right hands in the next few weeks.

I have been checking throughout the day, and each time I’ve tried to log into Student Aid’s website, the site has been overwhelmed by everyone else doing to same, so be patient. There are millions of us, and we all want to get our shit squared away. Keep checking, but don’t let it upset you, either.

You can do to help expedite things on your end by signing up for notifications on the Department’s subscription page. 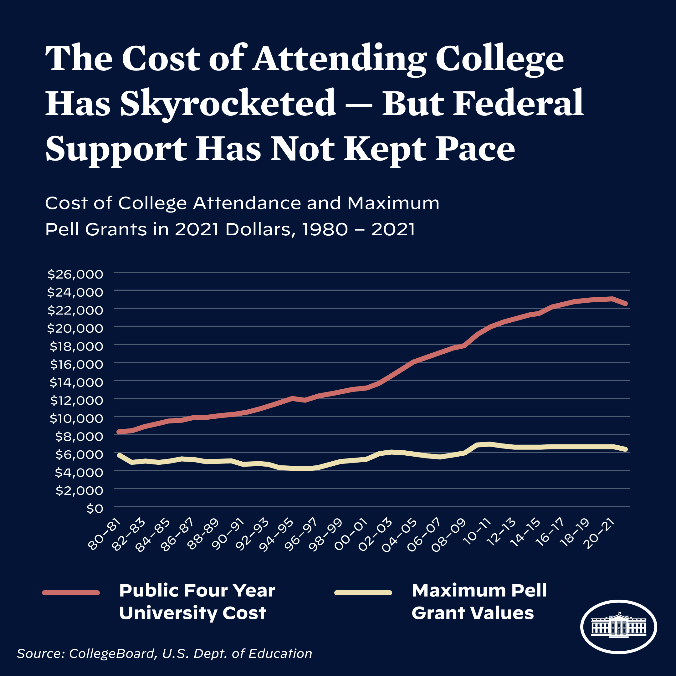 According to the White House, the Department of Education has already taken significant steps to strengthen accountability so that students are not left with mountains of debt with little payoff. The agency has re-established the enforcement unit in the Office of Federal Student Aid, holding accreditors’ feet to the fire.

The Department of Education is announcing new actions to hold accountable colleges that have contributed to the student debt crisis. These include publishing an annual watch list of the programs with the worst debt levels in the country so that students registering for the next academic year can steer clear of programs with poor outcomes and requesting institutional improvement plans for offenders. The action plans must include how these college plans bring down debt levels.

Please keep a close watch on the comment section; we will post updates as they come out.

Guesthouse Visit: The Artist Is In