From the Philly jazz scene to Hollywood, Silicon Valley, Amazon.com, and beyond — Afrofuturism is everywhere today, and it’s changing the world.

George Clinton. Herbie Hancock. Grace Jones. Among these pioneers of Afro-Futurism, the inimitable Sun Ra expressed the movement most fully, creating a real-world musical and cultural utopia right here in Philadelphia. He and his band, the Arkestra, moved into an unassuming Germantown rowhouse in 1968, where they jammed, taught and produced experimental jazz (and even film) that pulled from Egyptian and African themes, science fiction, fantasy, and psychedelia.

Though Sun Ra never achieved so-called mainstream success, he was hugely influential in establishing a cosmic movement with wide-ranging social, political and artistic implications that future generations would build on. Sun Ra died in 1993, the same year the term “Afro-Futurism” was first coined in a now-famous essay by Mark Dery. Since then his music has continued to grow and gain new relevance. Sun Ra Arkestra released its last album, Swirling, in 2020 to great critical acclaim. Earlier this year, Sun Ra’s house at 5626 Morton Street was added to the city’s Register of Historic Landmarks.

But what exactly is Afrofuturism today? It’s an artform and a platform; a protest strategy and a portal for developing new ideas; a bold narrative for self-expression and creativity; an integration of history, technology, social justice, and imagination:

“African-Americans are, in a very real sense, the descendants of alien abductees.” – Mark Dery, writer & critic on Afrofuturism

“Science fiction is the only genre that enables African writers to envision a future from our African perspective.”  — Nnedi Okorafor, Nigerian-American author

“If you can’t see and relay an understandable vision of the future, your future will be co-opted by someone else’s vision, one that will not necessarily have your best interests at heart.” – Ivor Hartmann, Zimbabwean author & publisher

“I believe Afrofuturism opens a path for all people that come from diverse backgrounds,” said Marwa A., a local writer, mom, CCP student, when she reached out to review a dazzling short film by Janelle Monáe.

“I usually enjoy all of Janelle’s work, but ‘Dirty Computer’ stands out because it incorporates all the elements that define Afrofuturism – dancers, costumes, settings and, of course, the music!” Though released in 2018, “Dirty Computer” remains an Afrofuturistic masterpiece, which is why Marwa is inspired to share her appreciation with Local readers. “I’m always surprised when people don’t know about Afrofuturism, even though they might recognize the songs and the videos.”

Set in a futuristic dystopia, this mini-movie provides a loose structure to connect stunning videos from an accompanying pop-funk album, electrifying classic sci-fi tropes. In this world, drones watch our every move and if anyone steps out of line, they’re hauled in to have their memories wiped. When the protagonist rebels, who will win in the end? “Dirty Computer” spins an empowering tale of hope, love, liberation, and individuality.

Dirty Computer (2018) An android, Jane 57821, attempts to break free from the constraints of a totalitarian society that forcibly makes Jane comply with its homophobic beliefs. An Emotion Picture by Janelle Monáe. 49 min/ Not Rated

When we meet Jane, she is trapped in some sort of operating room, and in the process of having her “dirty” brain cleaned by a woman, Zen, who she used to love, but who no longer recognizes her. Two nameless white men review Janes memories and then delete them. As each video plays, a story comes together of a young Black woman and her fight for freedom.

At first, Jane and Zen live happily: singing, dancing and partying, full of passion and defiantly on their own path. She enjoys being different, but society seeks to change her, to make her comply. “I’m a dirty computer,” her captors urge her to repeat, “and I am ready to be cleaned.”

But Jane resists. She is unashamed of who she is, and so sure of her love for Zen that she jogs the other woman’s memory, opening new possibilities in the end. “Dirty Computer” shows us how lovely the world could be, if all humans could be free to be who we are, rather than cogs in a machine we have little control over. In addition to opening our eyes to love and acceptance, Dirty Computer thrills with incredible action and imagery!

The costumes are amazing and indescribable. You really need to see the colors, textures, flash and feathers. There are winks at classic movies and iconic performers, all sorts of avant-garde designs. An explosion of Afrofuturistic finery and haute couture: golden headgear, glittering veils, studded collars, towering heels. And the dancing! Brilliant choreography and camerawork.

With sights and sound, “Dirty Computer” shows us the best of Afrofuturism today. It’s a great introduction for anyone seeking to learn more about this exciting, empowering aesthetic.

LEARN MORE by clicking the links in this article, and watching the extraordinary performances featured here for your enjoyment. Dive deep into the historical importance of Sun Ra and Afrofuturism in the Historical Commission’s nomination, which includes photos, maps, and a timeline of great local significance. 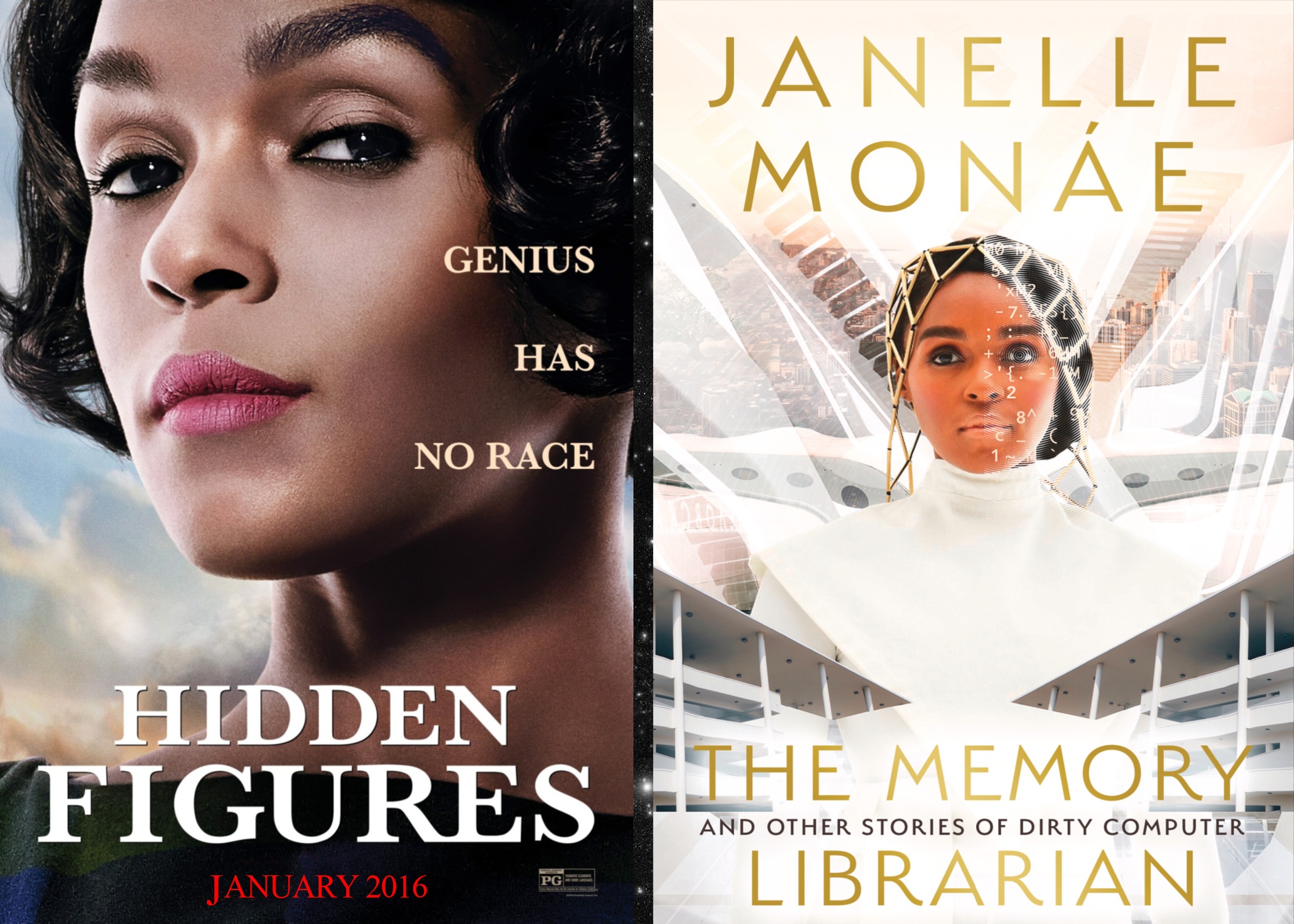 WHO IS JANELLE MONÁE

Janelle Monáe is singer/songwriter, producer, fashion icon, and actress  – you might remember her from 2016’s Hidden Figures about Black NASA scientists (she was also in Moonlight, which won the Academy Award for Best Picture in 2017). She’s now an author, too. Her first title, The Memory Librarian: And Other Stories of Dirty Computer came out in April of this year. It’s a series of five short stories set in the same futuristic world as her film and album but with different characters, written in collaboration with various co-authors.

About Marwa A. 2 Articles
Marwa A. is a married mom of two who enjoys writing, cooking and enjoying movies with her family. She lives in Northeast Philly, and came to us via Friends, Peace & Sanctuary Journal (a partner of WHYY’s News & Information Community Exchange).