Repugnant isn’t a description. It’s more of a feeling, but Eden could think of no other way to describe it, the thing that made itself known to him. It gleefully whispered obscenities into his ear, cackling a pus colored drool oozed from its mouth as it forewarned him of things he could never have imagined.  e didn’t even have words that could adequately describe the abomination its mere presence embodied.

They had vacuumed, rearranged, and disinfected the room into a modicum of acceptability before falling ravenously upon one another.  Saying things with the heat of their breath, the sighs of satiation that did not need words before falling off into sleep like two overfed lynx.

It was really Bowie that fell off into a contented, chemically predisposed slumber, emitting that familiar rumbling snore that Eden found so comforting.  den lay thinking about the documents Bowie had thrown on his lap.  Psychiatric histories, criminal dockets, medication regimens.

In his mind, he tried to line up the dates for certain events, certain criminal acts, with the timeline of when he had had sex with Bowie. He asked himself if having sex with him re-traumatized him, bringing him back to the episode of rape by his stepfather.

His thoughts all merged together, whispering voices in his head. He wondered if this was what having hallucinations, or “hearing voices” sounded like. He remembered when he was younger, his father’s erratic behavior, responding to internal stimuli, his mother responding to phone calls telling her where to pick up her husband: unclothed at the car dealership, washing in the sink in the restroom; carrying a briefcase full of newspapers, insisting that he is the owner of one million dollars in cash, and will be bestowing riches on a few lucky people at the local bank, and the calls from police, always the police, or calls to the police, requesting intervention, remediation they have not been trained to provide.

These thoughts rushed around until they became a low whisper, lulling him into a light sleep. Eden had never been able to go into deep sleep when in someone else’s bed.  At best he would fall into a light sleep. His heart-rate and body temperature dropped as he descended to astral sleep, where he was sort of aware of his body being sleep and aware of his environment, but at a stage where waking required a concerted effort. It was at this stage from which he would be able to recall minute details from dreams, such as color or smell.

He could sense himself lying in the bed, sense Bowie beside him, but he also felt light, as though his soul had floated a bit above his earthly body, and that soul could feel the weight, the pull of that body below. While he lay there, he casually noted its presence.

The original black pinprick remained coiled at the center, up there by the ceiling, spinning, growing larger and morphing to an eye of vermillion. The largest outer ring of space fragmented into shimmering colors around the shimmer at the center. which slowly opened, pried wider by what looked like the tentacles of a black widow, but moved slowly forth, exposing itself to be the curdled tips of talons. It slowly grasped the edges of color, pulling it apart and stepping forth, with a cloven hoof, with a matted hide of dark brown, as if some animal had crawled through the blood of a dead animal.

Eden told himself it was a dream.  He was used to this dream state, had experienced it many times before.  His subconscious screamed that it was a dream, struggled mightily to waken the body. His astral body floated back, arms flailing, being pulled to the earthly shell by panic and fear. But even returned to his body, Eden could not fully awaken himself. He looked over, without his head moving, tried to roust Bowie, and he saw him, lying there, his eyes glimmering, wide with fright, immobile beside him, drool sliding from his slack mouth.

Two rows of teeth were yellowed, gums bleeding pus, filling the room with the reek of spoiled eggs.  It grinned, pushing its sleek, dark head forth from the shimmer, lowering, descending slowly toward him with a long low piercing peal, moving lower, lower, like lava from some vulgar volcano.

Eden could feel its heat, radiant like lust, pulsing toward him, drawing sweat from his immobile brow.  His mouth stretched wide, pantomiming a scream that would not come.  And the thing saw that, like a flash, darted out its filthy talons into his open mouth, forcing it wider, wider.  He felt the dried hide on his palate, clumped and brittle, mashing down his tongue, pressing it against his teeth, pushing a weight that made him feel as though his jaw would snap.

Then, the head leaned close. He smelled its breath like shit, whispering things in his ear, filling it with bile and unspeakable, unimaginable things.  A wet unctuous feeling clotted his auricle, leaking out slowly, running down his neck, soaking the pillow beneath his head.

Then he heard Bowies phone buzz, charging on the dresser table, and the thing angrily snapped its neck around, searching for the sound. It turned its back to him, arched its back, then, abruptly, it withdrew, retreating from Eden’s body, stiff with horror.

Eden watched the bulbous shaped head, the wide shoulders and narrow, horned ass as it reached up into the shimmer and again stretched, pulling the vermillion center open, creating a space to let itself into and pulling itself up, higher higher, until it rested on the ledge of dazzling pinpricks of light, before pulling in its feet and dropping back, closing the shimmer into the nothingness from where it had come. 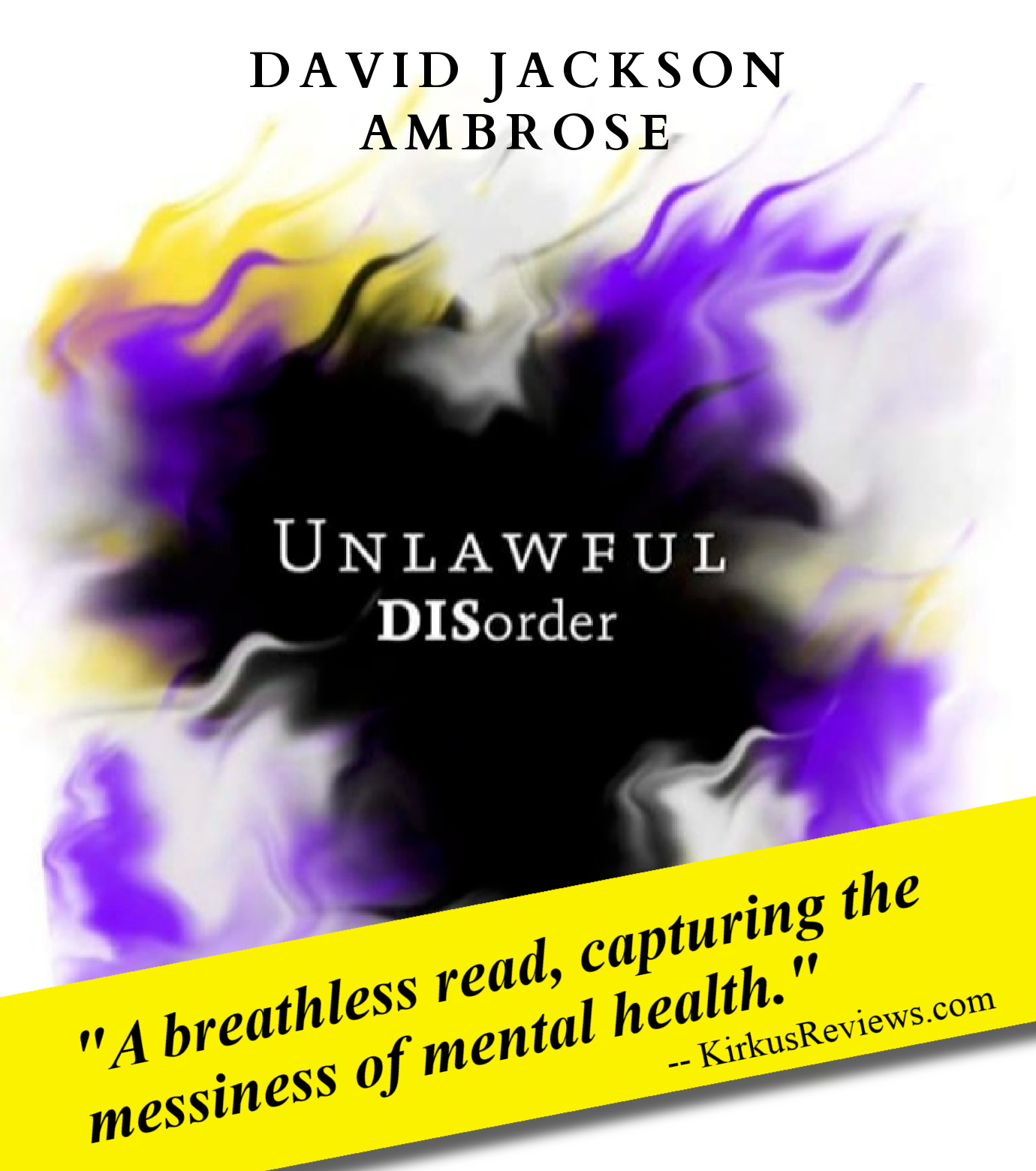 Bowie doesn’t intend to hurt his mother – he just wants to collect his social security check from her. But when she throws around words like hallucinating and tells him he’s “hearing things,” his fear is triggered and he takes action. This event, coupled with other mental and emotional challenges, sets him on a collision course with mental health professionals, the police, and the prison system.

As Bowie learns to question authority, he struggles to find his voice against a vile presence that follows him everywhere, seeping toxic thoughts into his mind…. 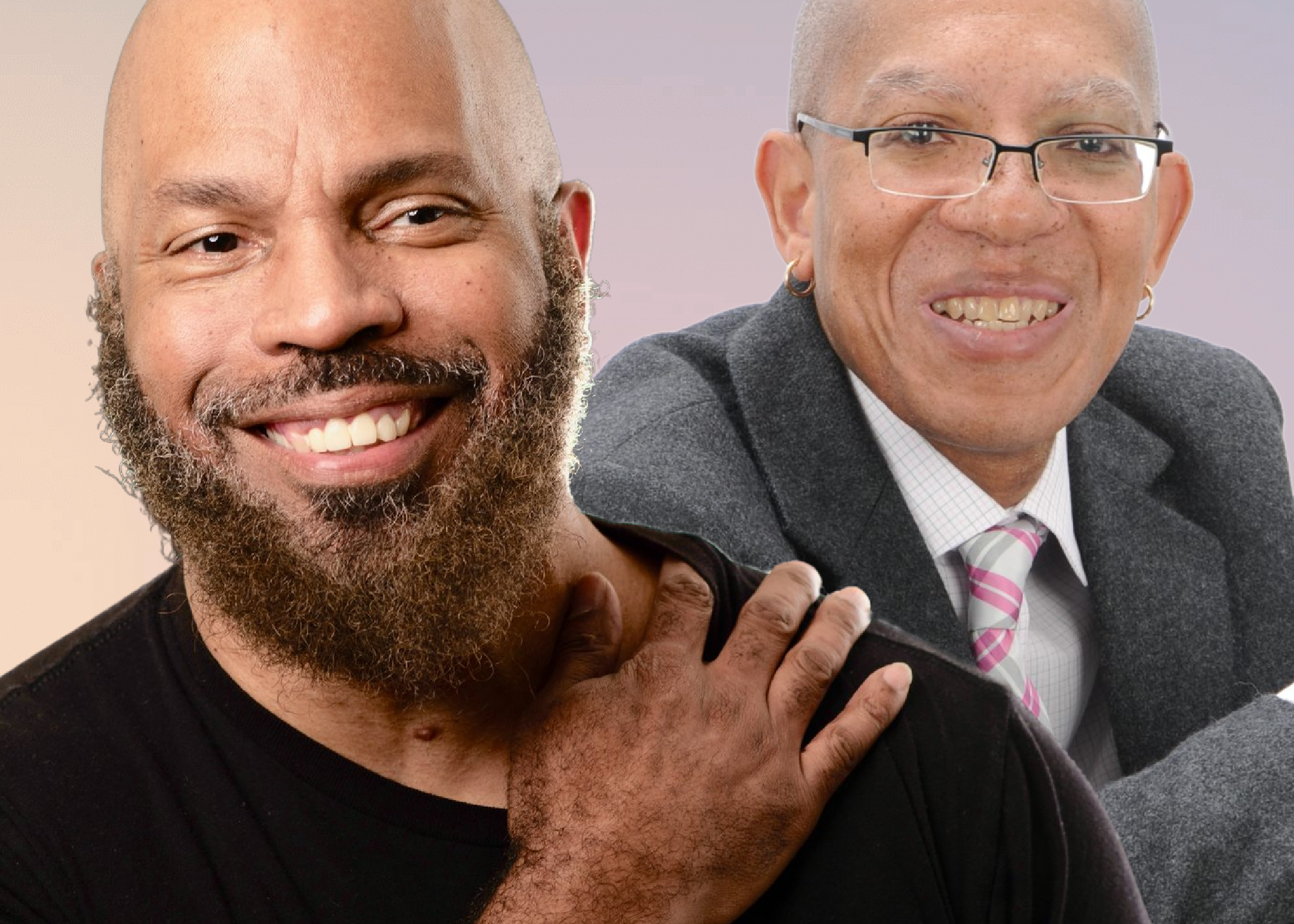 About David Jackson Ambrose 2 Articles
David Jackson Ambrose is the author of three novels that explore the intersections of race, disability, and class. His first, State of the Union, was a Lambda Literary finalist (2019). David is graduate of the University of Pennsylvania (Africana Studies) and holds an MA from St. Joseph’s and an MFA from Temple. He currently lives in East Falls.

Local author looks back at the bittersweet bonds that endure from childhood she made with kids growing up on the same block. [more…]