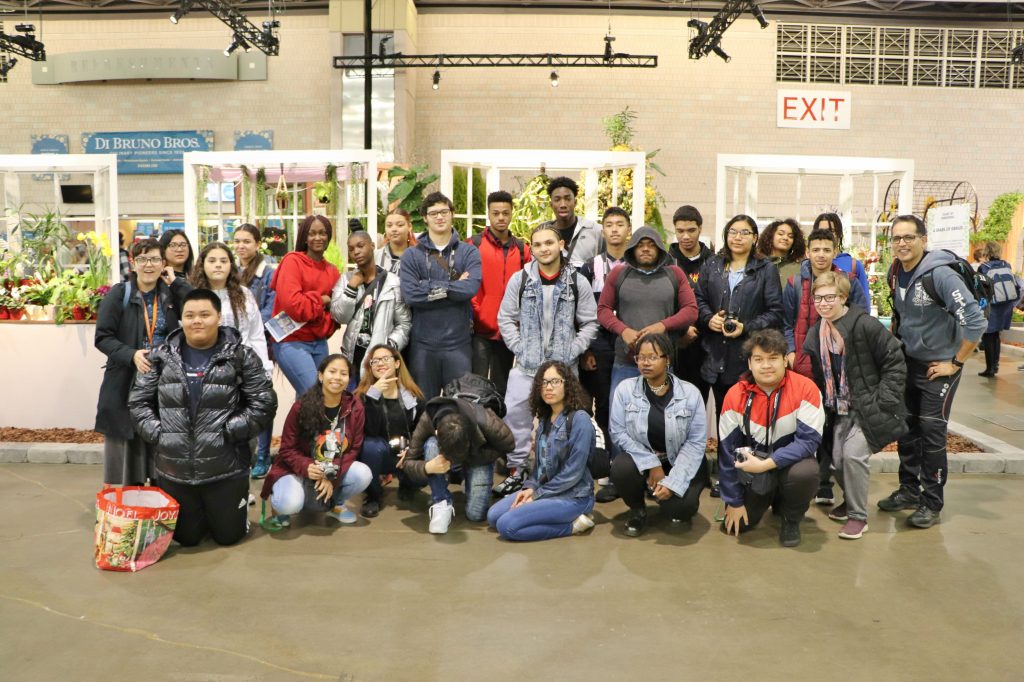 Their installation, “Surrealist Tea With Dalí”, received a perfect score from the judges! The display featured student-made pottery inspired by Salvador Dalí as well as a variety of bizarre cacti and succulents from the Mediterranean. 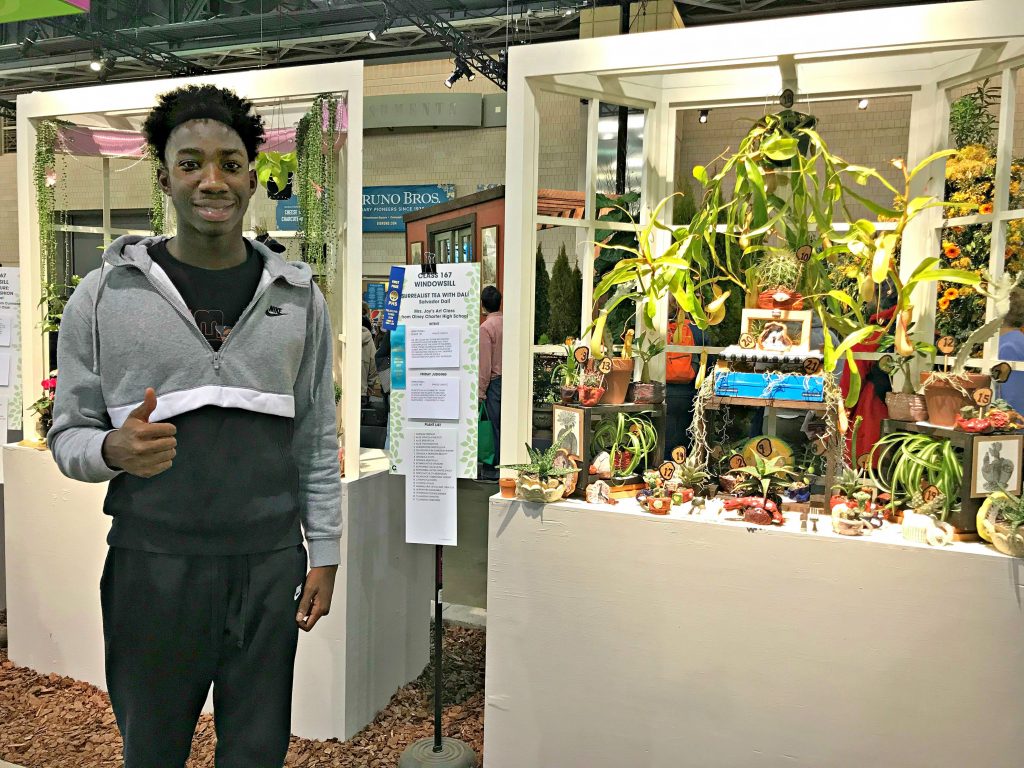 Students worked for 6 weeks with the Claymobile/Clay Studio to create bowls, cups, and chia pets for their winning display. They also entered the Pressed Plants category and entering plant collages with real plant material for the “Umbrellas at The Beach” theme. Students took a field trip to the Philadelphia Flower Show to document their work and experience.

The theme of this year’s show was the Riviera – particularly the region around the Mediterranean Sea (Greece, Italy, and France) – but the show also had a royal connection with roots in Philly.

Grace Kelly, who grew up in the East Falls section and achieved Hollywood fame, became Princess of the tiny Principality of Monaco (a nation on the coast of France that was spotlighted in this year’s show) in 1956.

Kelly’s love of flowers began when she was a child in East Falls and stayed with her throughout her life. She entered her own flowers into Flower Show competitions as a young woman and later, in Monaco, she designed a rose garden, cultivating hundreds of varieties. Her specialty was pressed flowers.

Her love of flowers endures. The Garden Club of Monaco, which she created in the late 60s as Princess of Monaco, exists to this day. In honor of the royal family’s contributions, this year’s Flower Show featured hundreds of Princess Charlene roses, a tea hybrid named after Grace’s daughter-in-law, the current wife of Prince Albert II of Monaco.

The Rose Garden also included more than 5,000 cut roses around a platform with a copy of Princess Grace’s wedding gown.

About Joy Waldinger 1 Article
Joy Elisabeth Waldinger is a community artist, educator and writer from Philadelphia. Her work explores a variety of topics: the human condition, connection to nature, and responsibility to the planet to ensure generations to come while restoring connections in fractured communities. She believes that art, in any of its forms, is a powerful tool that can generate change on a personal, local and global level. Art is healing. She has worked for WHYY, The Mural Arts Program, The Philadelphia Museum of Art, The Wagner Free Institute of Science and many other Philadelphia organizations and schools. She creates and shares her work digitally and through exhibitions. For example, she has exhibited at The Abington Art Center, Temple University: Tyler School of Art, The Resource Exchange, PhilaMOCA, The Brooklyn Art Library via the Sketchbook Project, Temple University Rome for their Tiny Biennale Art Show etc. She has also been published in: Philly Voice, CRED magazine, The Sun Magazine etc. Her goals as an artist and educator involve inspiring young people to make change through the means of art and to continue her own art practice, which sets out to raise awareness of environmental issues. She has been competing in the Philadelphia Flower Show for four years as an artist and as an educator. Last year her 8th period art class won Honorable Mention in the Pocket Garden Class with their piece titled: What Ails You? where they designed a small space with herbs and plants to cure “what ails you”. Their entry was a free-standing sculpture that involved an easel complete with many pockets and live plants. Students were inspired by artwork by Peter Max (pop artist of the 1960s). Look for their Mrs. Joy's Art Class next year as they will be competing again in The Philadelphia Flower Show 2021: Habitat."

Standing O for the NW

Let’s hear it for four (of eleven) PhillyCAM 2019 Cammy winners with ties to Northwest Philly. [more…]