Let’s hear it for four (of eleven) PhillyCAM 2019 Cammy winners with ties to Northwest Philly.

Winners were voted on by a panel of volunteer judges with expertise in community and independent media-making, community organizing and social impact work. Nominees were announced in September, and invited to a gala reception and formal awards ceremony hosted by Cherri Gregg, community affairs reporter at KYW Newsradio. The evening also featured performances by Mt Airy R&B artist Jacqueline Constance and the queer-themed theater troupe Dumpsta Players.

A total of 11 awards were given out in three main categories: Creative Expression, Civic Engagement and Democratic Values. There’s also a special, staff-selected award in memory of PhillyCAM staff member Vjay Mohan, who was tragically killed when he was struck by a car while riding his bicycle on Girard Avenue in May 2015 (he had been pedaling home after seeing a Ritz Five showing in Society Hill).

The Vijay Mohan Spirit Award recognizes a PhillyCAM member who touches the lives of individuals and communities in Philadelphia and who models Vijay’s spirit of kindness and generosity. This year’s recipient was Toni J Jones, West Oak Lane resident and PhillyCAM member since 2013. Toni produces The 7 Figure Hustle, a weekly TV and radio show covering financial literacy topics like budgeting, building wealth and the basics of interest & credit. She also helps produce The Trudy Haynes Show. Toni has made a mission out of recruiting people to become members of PhillyCAM.  (View 7 Figure Hustle Here)

A second winner hailed from West Oak Lane, Shameka Sawyer, who took home the Collaboration Award for her 5 Shorts Project (Season 5), a compilation of short films by aspiring filmmakers depicting diverse stories from our communities. Shameka was a teen mom before attending Community College of Philadelphia and then earning a scholarship to the University of Pennsylvania (graduating with a BA in communications in 2013). In a film class, she realized she enjoyed working behind the camera more than in front of it. Since then, she’s written, directed, starred in her own short films, and launched the 5 Shorts Project which walks participants through casting, camera work, editing and production. (View 5 Shorts Project Here)

East Falls represent! Ricky Paul aka DJ K-Tell was born in the Falls and now hosts & produces Sylver Alert, one of PhillyCAM’s most popular dance parties and winner of this year’s Excellence in Curation Award for Radio. Every Tuesday from 4:00 – 6:00 pm, he spins classic 60s through the 90s vinyl cuts with a shout out to Philly’s LGTBQ communities and straight allies. The program features uplifting and personal tales often with an edge of humor with valuable lessons in love, life, and gratitude from a variety of special guests. (He’s also produced “Dumpsta Players Presents” on PhillyCAM since 2009.) (Experience Sylver Alert Here)

Jefferson University professor Lowell Boston won the Innovation Award for TV for his fantastical half-hour reverie “Art of the Strange” (Optical Toys, Season 3/Episode 30). The program weaves quirky live-action & animated shorts that explore the extraordinary side of life: the peculiar, the bizarre and the humorous. Lowell double-majored in live-action filmmaking and animation at the University of the Arts, then went on to earn an MFA in Experimental Animation from the California Institute of the Arts. These days, he teaches Animation at the University of the Arts and Jefferson University. His personal and professional work has been shown nationally on ABC, Fox, and ESPN. (View Art of the Strange Here) 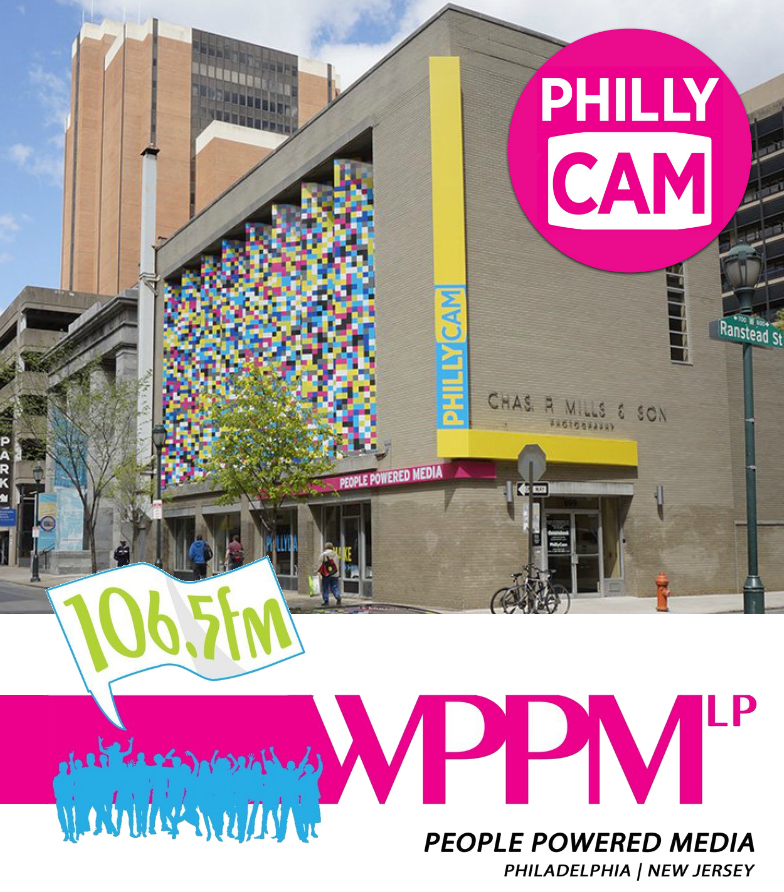 Not your parents’ public access TV/radio! Many of these shows are slick and professional, and they’re all super entertaining. Make sure you click on the links to all the winners for clips and info that might inspire you to tell your own story on PhillyCAM. Take a class, volunteer, apply for a job and check out other opportunities for anyone with an interest in community media.

You Can Do This! PhillyCAM produces nearly 100 hours of local programming every week, with 800+ members representing a broad diversity of voices: activists, educators, artists, seniors, youth, working people, sexual minorities, people with disabilities, returning citizens, immigrants and others. Most PhillyCAM members are people of color, representing neighborhoods across the city.

The Conspiracy of the Private Driveway

How can a hidden path commit an act of aggression? [more…]

A charming piece of East Falls history gets a facelift as we dig into the property’s storied past.  [more…]

All In for the Community Win