Trying to break the traffic jam

A new report commissioned by SEPTA claims that Center Center traffic congestion results in 9.7 million working hours lost by SEPTA riders and an economic loss of $152 million a year to the city and its citizens. Even though the study focused on Center City, it states, “…congestion losses fall on residents from all corners of Philadelphia as they access the employment opportunities and amenities located downtown.”

Here is East Falls, nestled comfortably beneath U.S. 1, a short jump across the river from I-76, next to the morning racetracks of Kelly Drive and Martin Luther King Jr. Drive (at least in the winter or during the week) – we are no strangers to traffic. However, we are fortunate to have other options of getting downtown for work or pleasure. We have the Regional Rail line and buses from the Wissahickon Transportation Center if we want to avoid a painful, clogged commute. But we also have one of the best bike trails in the city. And if all else fails, and the wind and tide is right, we could float on an inner-tube downtown. Yet, even with all these options (and the impending rickshaw services that I hope are coming soon) many of us in the Falls can’t escape the kind of traffic the report details and its economic and psychological consequences.

City Council is already in the final stages of increasing parking violations in an effort to help downtown congestion. The bill, introduced in May by Council members Mark Squilla and Cherelle Parker, increases fines on a variety of offenses including double parking, unattended vehicles, parking in a crosswalk, etc. The hope of this legislation is that delivery drivers, workers and commuters will engage in civil parking behaviors and that the guy in the Mercedes who blocks traffic to pick up his Brooks Brothers socks will have the decency to find a legal spot or go to a parking garage instead of causing the rest of us to be late on our way to the emergency room. 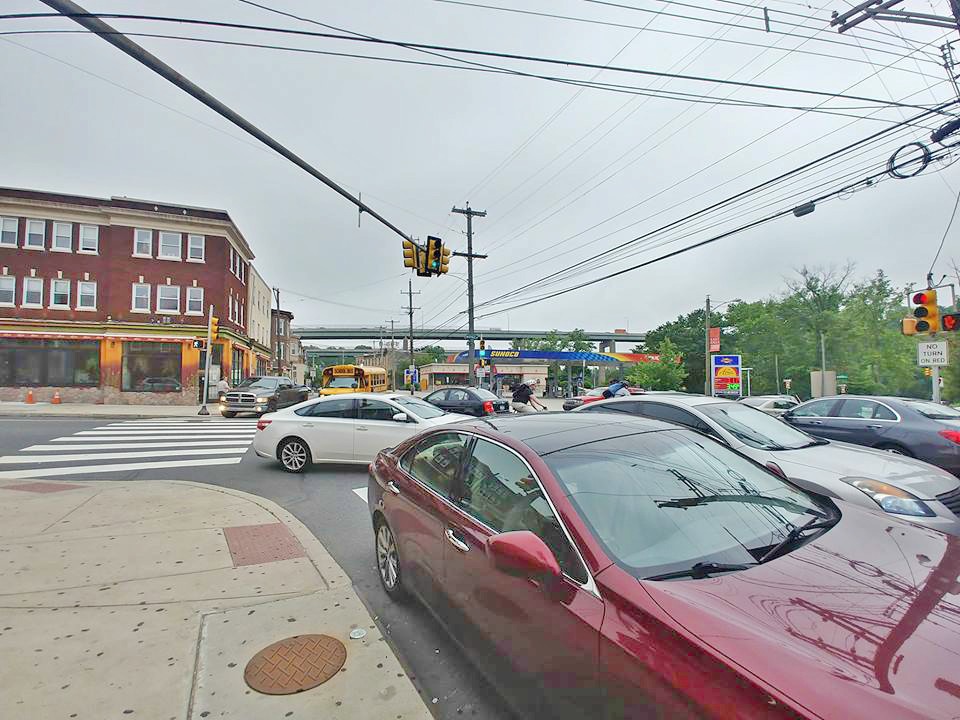 Council is right to target jerks as a way of alleviating traffic. A Psychology Today article  cites research that claims that driving in a civil, polite manner could reduce hour-long commutes by 15 minutes. But my guess is that neither the fines nor the research is going to convince the driver in the Audi, BMW, souped up truck (pick your stereotypical tailgater here) that seeks to get intimate with your exhaust pipe to back off.

There is an entire realm of research, Traffic Psychology, devoted to studying what makes so many of us become terrors behind the steering wheel. The research shows that many drivers see the act of driving as one of feeling superior. According to ““Psychology on the Road”,” by Ann Conkle and Catherine West:

Getting cut off is one thing, but when a huge gas guzzler whips in front of you, it seems to make the situation worse. Indiana University psychologist, Raymond Novaco, would argue that a person’s car is used as an instrument of dominance, symbolizing power, and that the road then becomes an arena for competition and control (Novaco, 1989; Whitlock, 1971). So remember: that driver in the Hummer who just cut you off is probably diminutive in other areas.

While we can all guess at what those areas are, we can also use this research to change not only our own habits, but also our reactions to all the aggressive drivers on the road. Instead of getting mad at the driver who cuts me off at Ridge and Midvale to get to the red light at Kelly Drive, give him the double bird, curse both his born and unborn, wish him into the fiery gates of an unending hell, I nod and smile, give him the peace sign. The hell I wish him to most likely already exists, every day, going from a home he doesn’t like, to a job he can’t stand, in a car that will never satisfy all that has gone wrong in his life. Including the traffic jam he just created.

5-18-16: Philadelphia’s Zoning Board of Adjustments today approved HOW Properties’ application for a variance for 9 residential units in Redeemer & new construction of five townhomes on the adjoining lot off Penn. See plans here.  [more…]