A call for common courtesy at East Falls zoning meetings. 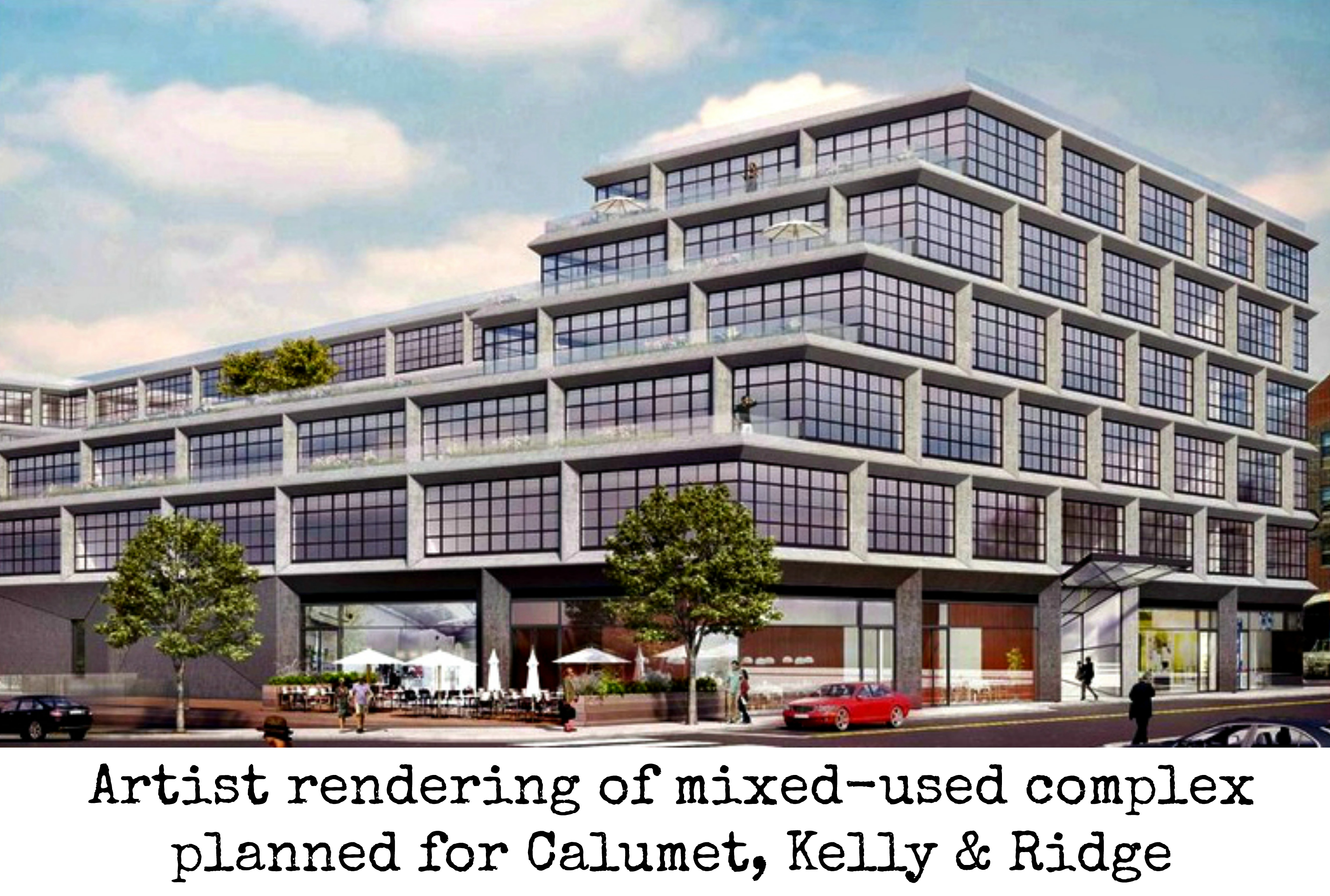 Let’s start with the good news. When we last left developer David Grasso in October, it was at an East Falls Zoning meeting with an overwhelmingly pro-development crowd asking him when the groundbreaking would begin at the Rivage site.

We had a spring in our step after the positive comments from residents and Matt McClure’s “No more dead zone on Ridge Avenue!” speech got the crowd cheering. It was full speed ahead for Grasso’s Rivage project and we were excited to attend the next scheduled East Falls Zoning meeting.

So when we saw a “special meeting” announcement at the Falls Ridge apartment complex last Monday it didn’t seem like a big deal. It made sense that local Zoning would reach out to the people most effected by the development right across the street. Due diligence and all that. And besides it was billed as a simple recap of the general overview Grasso had given in October. 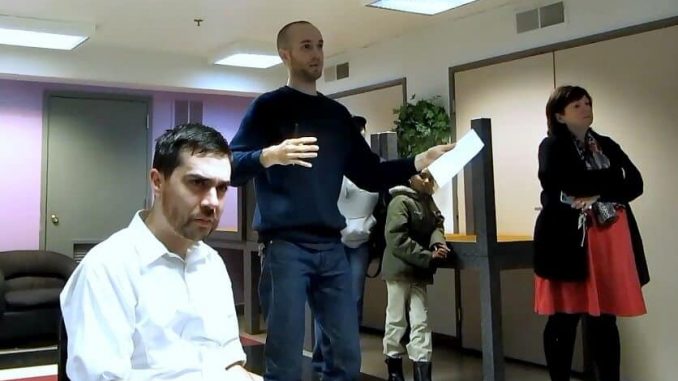 And then the meeting happened.

Look, we don’t mind tough questions. Tough questions are great — necessary, even, with development as large as what Grasso’s bringing to town. Let’s ask all the questions we can think of, but let’s ask our questions politely.  Like courteous members of society. Please.

David Grasso took time out of his schedule to recap last month’s meeting,  two days before he was expected at another East Falls zoning meeting.  The Falls Ridge tenants are right across the road from where he plans to build, so Grasso evidently agreed it was important to make sure those neighbors had every opportunity to weigh in.

So we’re wondering why, then, in the roughly 34 minute Q&A following Grasso’s presentation, Falls Ridge residents only spoke for about 3 minutes. The remainder of the session was dominated by question after question from mostly the same EFCC members who’d weighed in against the Rivage project at October’s zoning meeting.

We’ve got the entire video at the end of this post — you can actually see the same faces, hear the same voices. If this meeting was intended to elicit new perspectives about the project from a different group of neighbors, it failed kinda miserably.

As political theater, however, the meeting was more successful. We love how Marjorie (or “Meg”) Greenfield, an Apalogen Road resident since the 1980’s, demands maddeningly specific details that no developer at this stage of the game could provide — like she’s trying to trip him up or something. As you watch, keep in mind two things:

But whatever, it gets worse. If you caught our post about November’s EFCC meeting you’ll probably recognize Meg and Chris Caporellie, as well as their warm & friendly communication style (is it us or do they seem to be working as a team now?):

Let’s get one thing straight right off the bat:  Meg and Chris do *not* represent the East Falls we know.  And frankly, we’re not sure why they’re so angry — or entitled. Seriously, Chris literally charges on camera: “You’re not going to answer to us, the community?!” with no irony we can detect.

Hey, guys. There are other voices in our neighborhood, you know. And new ones arriving all the time from other parts of the city and suburbs.  Community Council is *A* voice in the community, not *THE* voice of the community.

And when that voice is suspicious or adversarial,  it’s impossible to have a reasonable discussion about development in our community.  We don’t mind genuine and reasoned anti-development arguments, but it gets us nowhere if things devolve into shouting, baseless claims, or insinuations that Grasso is hiding something.

When Community Council “attacks” like this at meetings, we don’t just come across cranky but also unprofessional. Who talks like this at public meetings? East Falls is up for 70 MILLION DOLLARS of development — lots of us attend these meetings to hear details & hopefully add our input.  We feel stymied when the same few people keep commandeering meetings to their tired, old, negative & suspicious agenda. Such behavior is not just rude, it’s unfair & it’s driving other voices away.

As long as we’re on the topic of speaking for the community, EFCC president Bill Epstein also took a turn at the meeting to suggest Grasso’s project will cause people to leave the Falls over parking. “We have people selling their homes because they can’t park in the street, “ he tells Grasso, ” That’s the reality, that’s what’s happening in this neighborhoood.”

Bill’s got a point — if parking is really that important to a homeowner, yeah, they might leave when East Falls gets “too urban.” But the flip side of that is all the new people who actually LOVE the urban feel we’ve got going on here.  Like us! And the many artists, students, and professionals who would like a walkable community with shops and services on Ridge.

Despite how Community Council likes to act blindsided by new development, East Falls has actually held LOTS of public opinion surveys about the Rivage site over the years. Time and time again, neighbors have voted for a mixed-use commercial/residential space for this part of Ridge avenue. In fact, EFCC’s own recent survey about the Rivage site shows 80% in support of the development as proposed.

But we ALL live with the effects of development decisions in our neighborhood and it would be nice if our public meetings allowed everyone to discuss, and even disagree about, development issues in a reasonable, polite way.

We don’t know David Grasso, but he seems like a nice guy — he agreed to this special “Falls Ridge” meeting as a good faith gesture, at least. But at Monday’s meeting, the guy actually had to defend himself:

We can do better. And we’ll get another chance soon to try our adult manners — we’ve heard there’s another “near neighbor” meeting in the works, this one regarding the development of the old Lutheran Church by HOW Properties. Stay tuned kids!

FINAL NOTE:  While some might be concerned Grasso is pushing for a final public vote “as soon as next month,” that seems a bit premature as the project still has a lot of details to tighten up before it’s even eligible for a public vote: