Opposite approaches to media at public meetings, with the same old song and dance from GSSD.

After all that promising last month to neighbors, business owners, city authorities, reporters, etc. to turn things around, you’d expect GSSD’s Board would’ve come roaring back with a load of progress to report in February. But not so much. The biggest step forward seems to be that GSSD’s account has finally been able to access the paychecks records, so this month’s Profit and Loss statement actually shows the correct payroll and payroll tax split (see below for meeting handouts).

More good news: this year GSSD’s net loss is $1780.45 so far. “Which is tremendously better than where we stood last year at this time,” the accountant with Pyramid Accounting Solutions advised.

So there’s that. Also GSSD’s interim vice chair Joe Meade has stepped down to focus on his role at LaSalle University (and with the CDC there).

And interim executive director Jamar Kelly was not in attendance for this Board meeting, which created some buzz in the audience about an email circulating where he complained his image from the last meeting had been used for “memes and character assassination.” Oops I think I know who he’s talking about.

Trapeta Mayson doesn’t seem to have much love for us either. GSSD’s interim board chair rolled her eyes when we pulled out our cameras as the meeting began. “I know you’ve introduced yourself before but would you mind telling us who you are and why you are recording?”

Not that anyone cared to hear my answer.  Board members waved me away when I pulled out a copy of the latest Local with the headline “OMG GSSD” on the front page. “No no no we saw it!” Sorry, guys, you asked…

I get it: no one likes to be called out on social media. But we have no control over how you appear to viewers. The camera is an impartial eye watching over public meetings. This isn’t paparazzi footage, it’s a community service. People who can’t attend meetings have a right to see what’s going on.

Lean in, maybe, and learn to see video as a way to connect with the people you serve. These monthly “broadcasts” provide a great opportunity to promote a professional and welcoming image for GSSD. They could help demonstrate a new trust and transparency, too. Share GSSD’s progress and goals. Fundraise, even.

David Rose certainly knows how to work a room for the camera! GSSD’s last Executive Director came with a whole speech prepared, the room stacked for maximum impact. Check out how he refuses to be interrupted, and stays on point to drive his message home. It’s all very dramatic (and quite effective theater)…

My favorite part is at the end when Trapeta explains that the Board is “very aware” of the grant David mentioned, after which Board member Daniel Conner inexplicably asks “How long has this grant been in existence?” as Trapeta slaps at his hands to shut him up.  🙂

Audience members provided the most interesting part of the meeting by far, asking about a variety of topics:

Seems to me these are good questions but the answers were kind of… I dunno. Unsatisfying? Maybe it’s me. See what you think.

To me, there’s an awful lot of paper-shuffling, phone checking and throat-clearing. And there’s something rather maddening about the meeting’s pace that I cannot put my finger on…

Meanwhile it seems we’re still pretty much right where we were last month. Here’s an updated summary of key points from January’s meeting (recapped in more detail with video here).

Remember that Jamar called for neighbors and business owners to “hold their feet to the fire… (and) make sure the Board and the organization is fulfilling its responsibility.” Special thanks to our readers for keeping informed about issues that effect the wider community. PS View more GSSD meeting footage on our YouTube page (going back to December 2018).

FINAL WORD ABOUT OUR COVERAGE:  Our writing strives to be conversational, not authoritative. We are doing our best to engage as authentically as we can, with all our cards out so to speak – so you know where we’re coming from.

We would totally love to feature recaps by other neighbors! If you or someone you know has a spin to share on this meeting (or on GSSD in general), please email editor@eastfallslocal.com or reach out on social media. 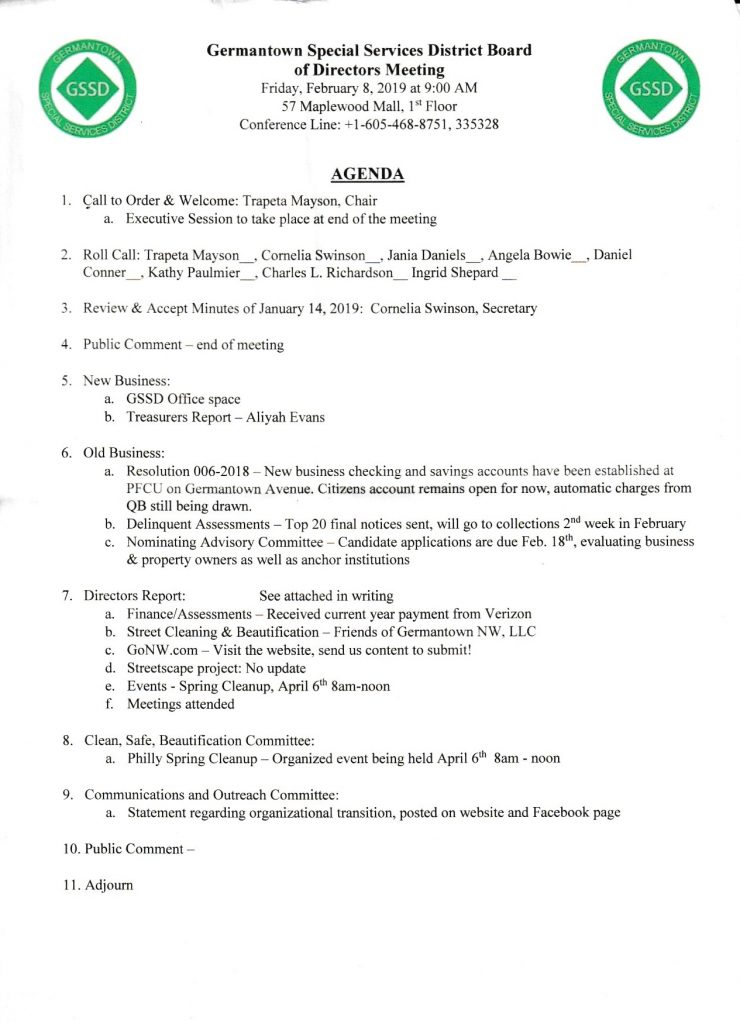 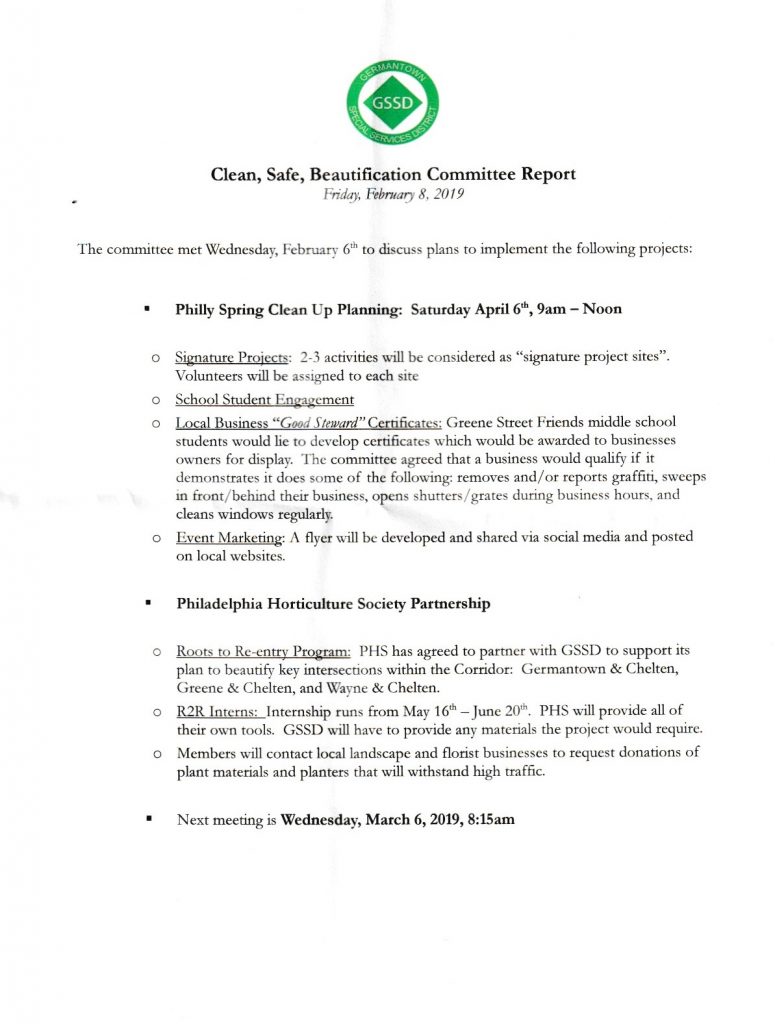 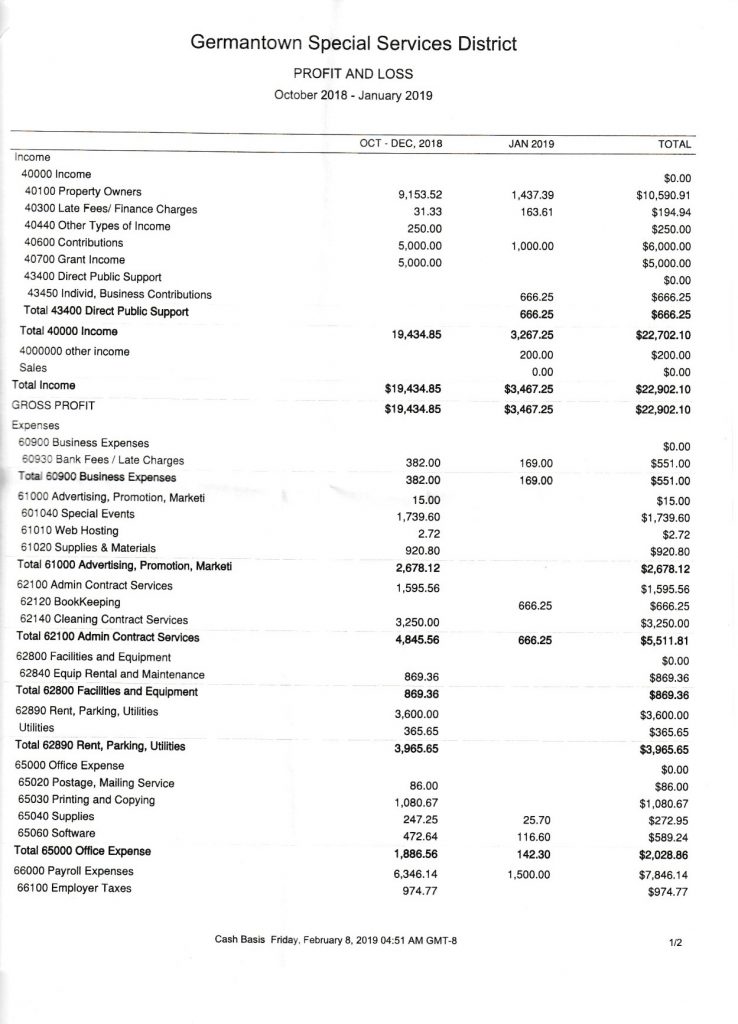 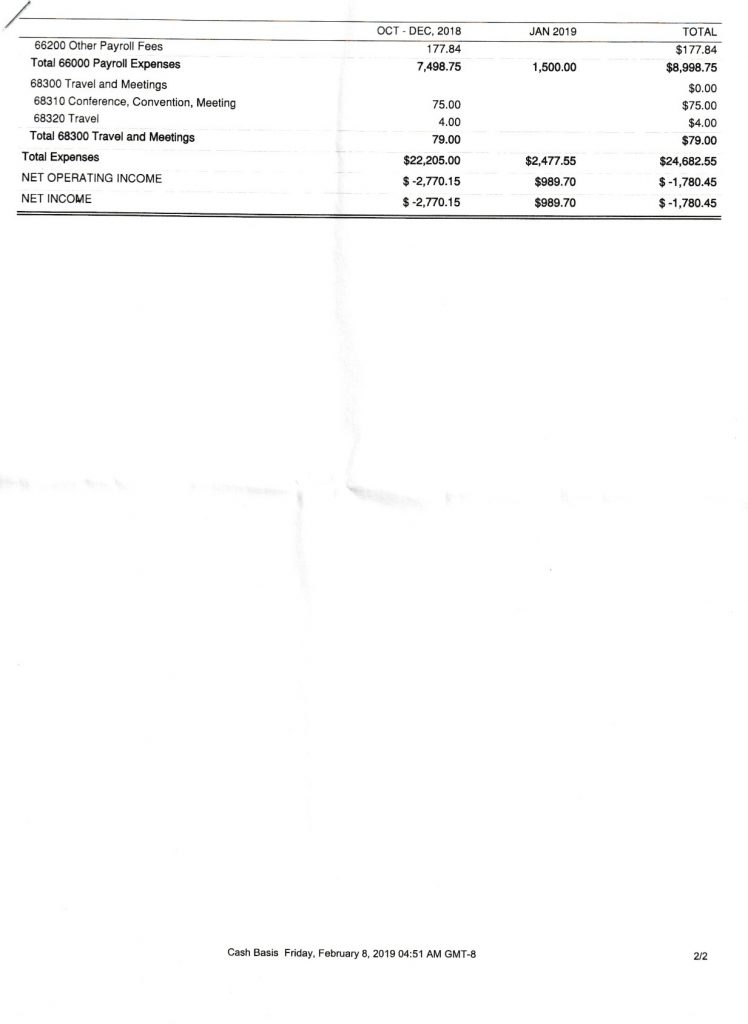 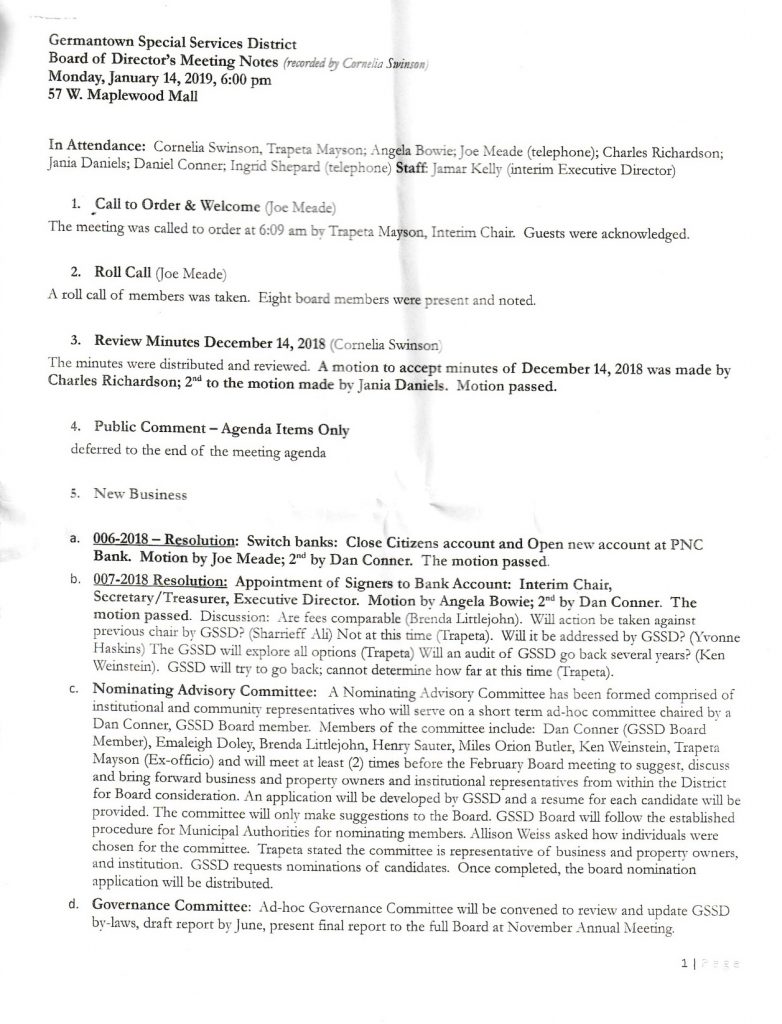 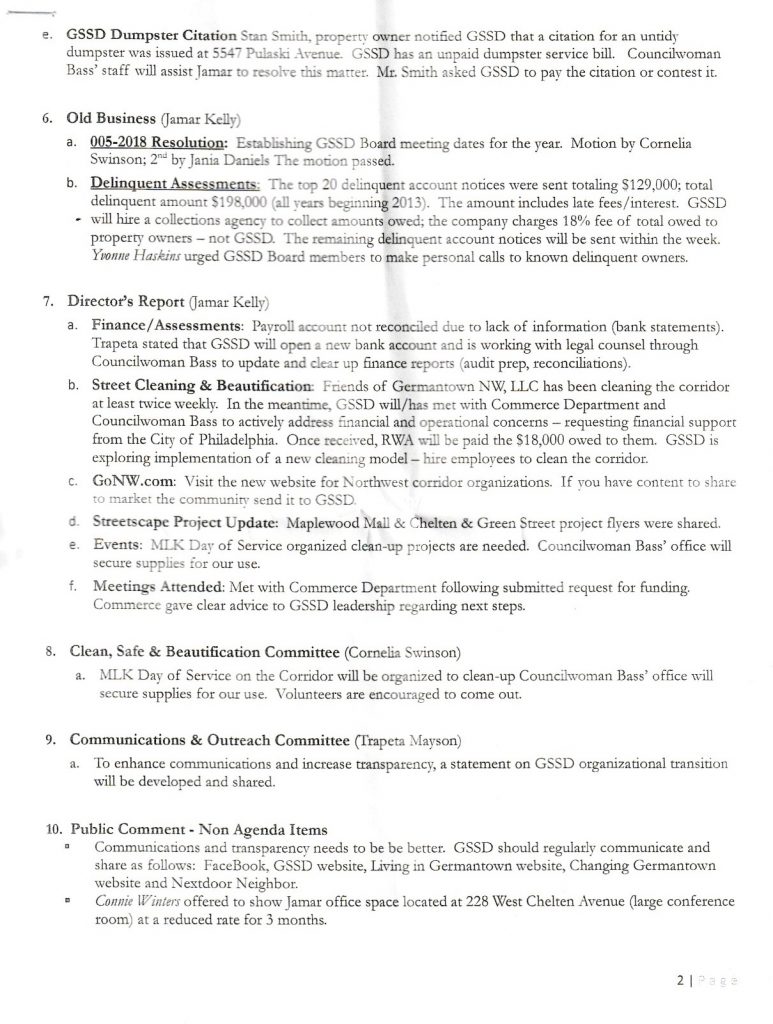 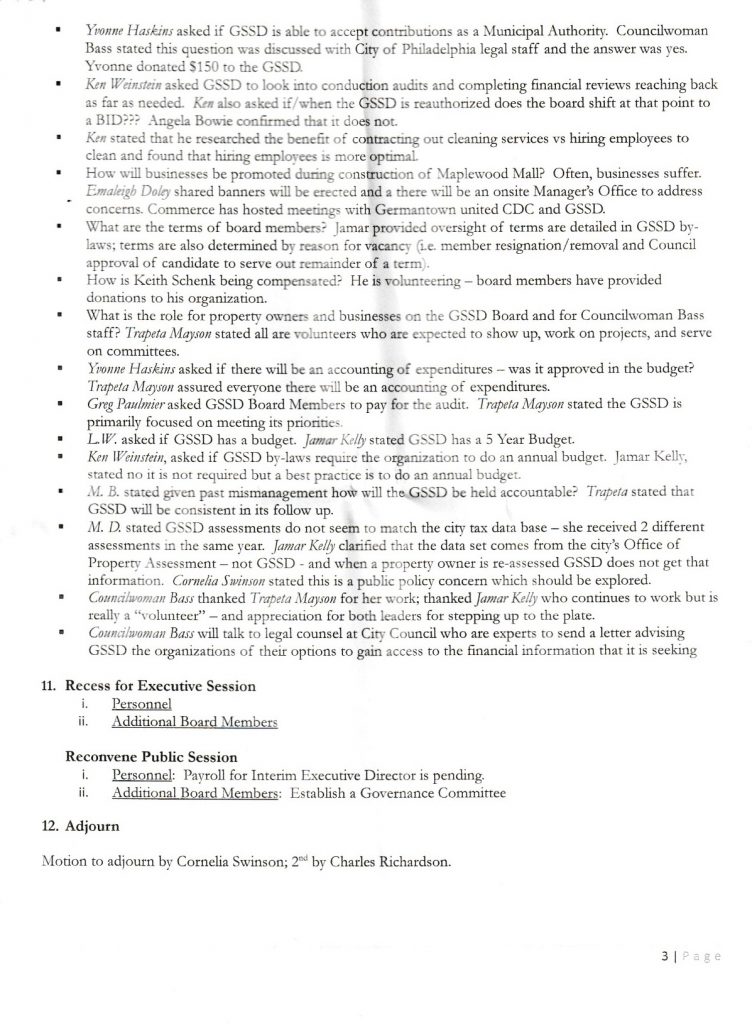 Frantically, yet delicately captured in a hand-woven craft basket that really brings the room together [more…]

The Gift of Green