Are we over HitchBOT yet? East Falls writer James Calder’s piece — first published in the Huffington Post — sums up why the Pope (and other travelers) should still come to Philly, even though we’re kinda rough on hitch-hiking robots…

Twitter and the rest of the Internet are all hating on my home city of Philadelphia right now. If you missed it:  HitchBOT, a robot traveling the country via the kindness of strangers was brutally destroyed in Philadelphia.

The project was a social experiment tracking and documenting where the robot would travel with the end goal of making it across the country to San Francisco. However, his trip only lasted a couple of weeks because that plan did not account for a fatal pit stop in Philadelphia, Pennsylvania.

I have been living in the city of Philadelphia for the past 15 years and another 15 years just outside the city. I apologize on behalf of that idiot; he does not represent a true Philadelphian.

As our fine city prepares for Papal Visit during the World Meeting of Families in late September, this latest event has tarnished our reputation just a little more in the media. As a Philadelphia homeowner and business owner I don’t condone this vandalism and we deserve the negative press for this one. We are a tough town with a bad rap sheet. Like any major city we suffer from crime, unsolved murders, political scandals, and poverty. However, most of our bad reputation comes from our sports fans:

In 1968 Eagles fans pelted Santa Claus with snowballs. In 1999 Eagles fans cheered loudly when Michael Irvin had a career ending neck injury, but he did play for the Cowboys so some locals think he had it coming. Also in 1999, Phillies fans heckled the first hand transplant patient while throwing out the first pitch because the ball dribbled across home plate. In 2002, Phillies fans threw batteries at J.D. Drew of the Cardinals.

However, this city offers some of the most amazing people, experiences and culture. Here are five reasons why the Pope shouldn’t cancel his trip. Besides, everyone has already rented out their Philadelphia homes.

1. Our history.
There is no denying it Philadelphia is loaded with history. Walk around in the Old City section of our city, or any section really and it is a competitive experience with getting in Doc Brown’s time machine. I live in a 100-year-old row home and channel the history every day while writing. Oh, we also have the birthplace of the Declaration of Independence and the Constitution.

2. Great music town.
I have so many great memories of watching live music in this city. From watching Philly’s constant hit maker Kurt Vile in an early performance at the Standard Tap to watching Linkin Park and Jay Z rock out on the steps of the art museum in 2005 at Live 8. We have one of the best public radio stations in the country in WXPN. Two weeks ago my wife and I enjoyed an amazing WXPN show across the river in Camden, NJ when St. Vincent and My Morning Jacket rocked the night away. 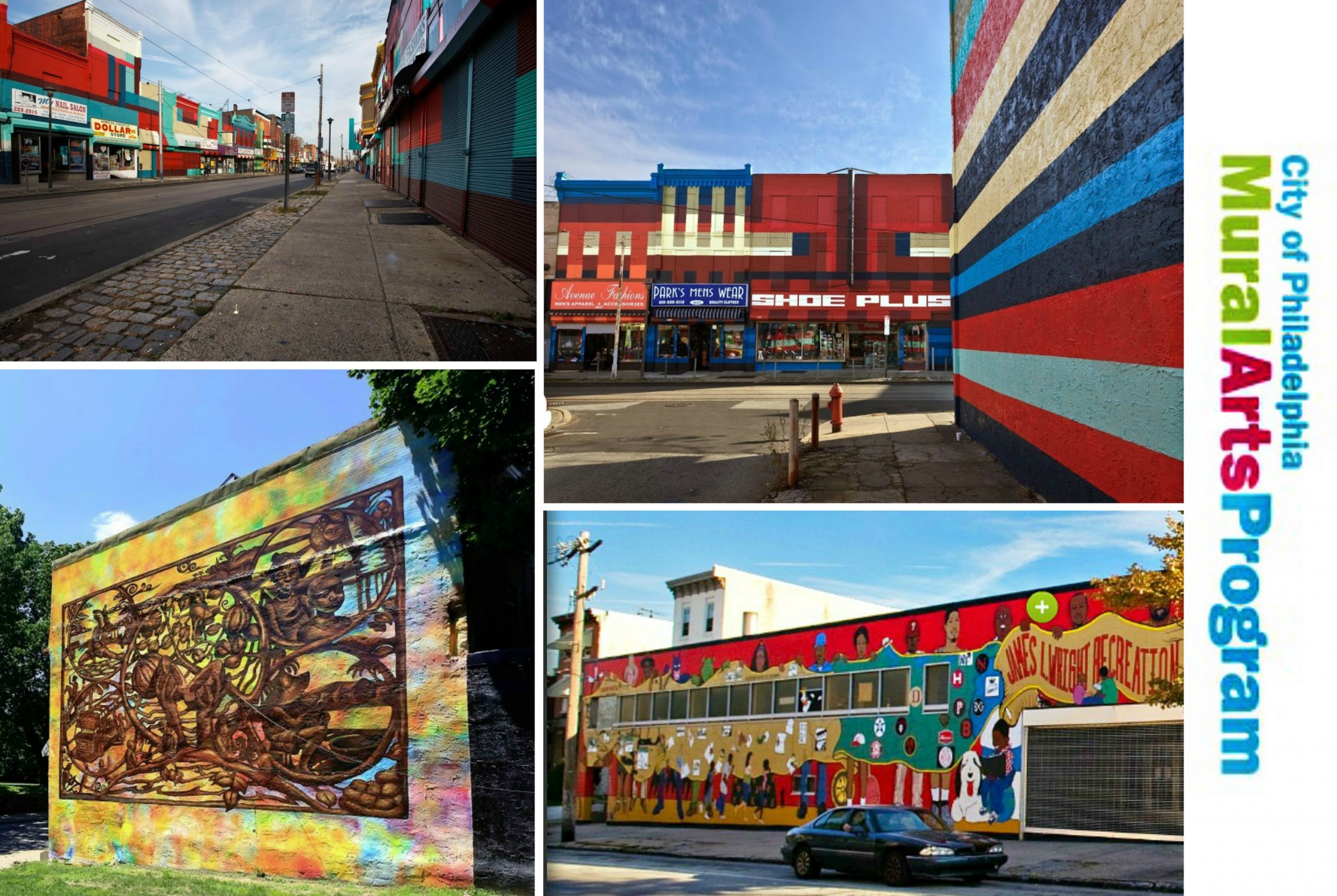 3. Support of the arts.
We are a city that supports the arts. My wife has taught children at The Philadelphia Museum of Art and the passion for art is strong in this town. If you have never been to this museum, it alone is worth a visit to our city. We also have an outstanding Mural Arts Program, which engages the community (ed Note: including ours!)  in 50-100 public art projects each year. Some of the greatest works of art in the world are housed in the Barnes Foundation.

4. We aren’t all assholes.
Despite what you have heard, people from this city are proud to have a connection. Just ask Rob McElhenney co-creator of It’s Always Sunny In Philadelphia, how he feels about this city. If some real Philadelphians had actually seen that criminal decapitating HitchBOT, they would have taken care of it before the cops showed up. Enough said.
To prove we aren’t all jerks, The Hacktory, a local group of design and technology makers has offered to help repair the traveling robot.  (ed Note: including a company on Midvale Ave)

5. Perseverance.
Like most east coast cities, we know how to take a beating and get back up. This is evident most in our sports franchises. But it also exists in the everyday residents who can shovel a foot of snow and still make it into work. For more information on taking a beating just watch Rocky 1 -7. We are a city of constant renewal; a melting pot of people and a true mix of old and new. I really do love this city and hate when idiots give us a horrible name.

A couple of YouTubers have already taken credit for faking the video footage of HitchBOT being destroyed, but that was after the announcement that he was already gone.

All joking aside, despite what you have heard and read Philly is a beautiful, cultural and somewhat safe city to visit. We live here, we love here and we raise families here. If someone can get HitchBOT up and running again, I will personally drive him outside of the city limits, hell even outside of the state, so that it does not happen on our watch again.

Originally published by James Calder for the Huffington Post TRAVEL.

James is director of S.O.A.R (Social Organic Acquisition Referral Department.) at Wound Care Advantage (woundcareadvantage.com) in Sierra Madre, California. He has spent the last 7 years using social media to educate people about the importance of quality wound centers in our healthcare system. James is also the co-founder of Tap Social Media. He can be reached at jcalder@thewca.com or followed on Twitter @jimmycalder.

ed UPDATE 8-19-15:  Two days ago, legendary Philly radio station, WMMR, sent off into the world a replacement hitch-hiking robot with a tall gleaming hat: a POPE-BOT! He hasn’t been out even a week yet, and already he’s fallen off the grid at least once for a few hours after visiting Temple U & Manayunk — fortunately, he turned up later, safe & sound, at a Levittown happy hour. WHEW!

Morning DJ’s Preston & Steve tweeted yesterday that PopeBOT has already lasted longer than expected — perhaps the little guy’s papal costume is affording him some protection? We can only hope.

At least, some of us can. While most of us see in HitchBOT & PopeBOT a cheery hello from benevolent strangers, social scientists have pointed out that these adorable traveling robots are little more than “spy androids” gathering all kinds of data about how humans relate to machines. Sound paranoid? Harvard Business Review published an article on HitchBOT last year essentially saying the faster we can get humans to relate to robots, the quicker we can replace humans with robots in the workplace! WTF?!

See You at the Parade!