The worst disaster in American professional sports happened this week in 1903 in North Philly.

On August 8, 1903, the bleachers at National League Ballpark (aka “the Baker Bowl”) collapsed onto 15th Street near Lehigh Avenue, leaving 12 dead and 244 people injured so severely they crowded local hospitals. Witnesses described “a waterfall of people” as hundreds of fans fell on top of each other — four deep, in some areas. How did this happen? And who was at fault?

The day had begun harmlessly enough. The Phils were awful that season, but otherwise it was a beautiful afternoon for baseball: sunny, mid-70’s with a light breeze. About 10,000 people came out for a doubleheader that Saturday with the Phils hosting the Boston Beaneaters. Though the stadium was almost half empty, the left-field bleachers were packed because it only cost a quarter to sit out there.

The first game went 12 innings and the second one looked like it’d be a slug fest – after just 3 innings, the score was tied 5 – 5, with over 17 hits between them. At the top of the 4th, Boston had a man on first and two outs when Joe Stanley stepped to the plate at 5:40 pm… 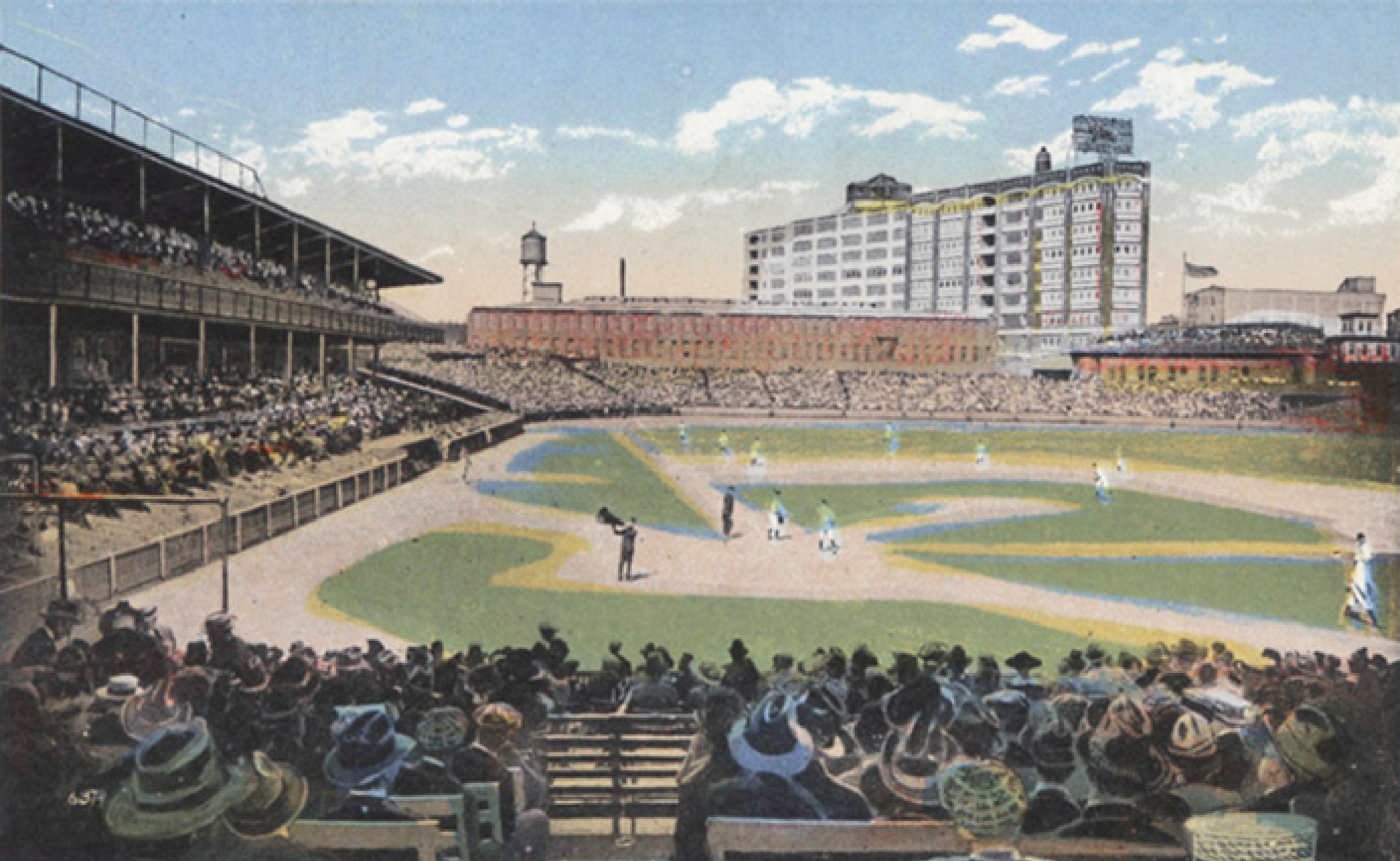 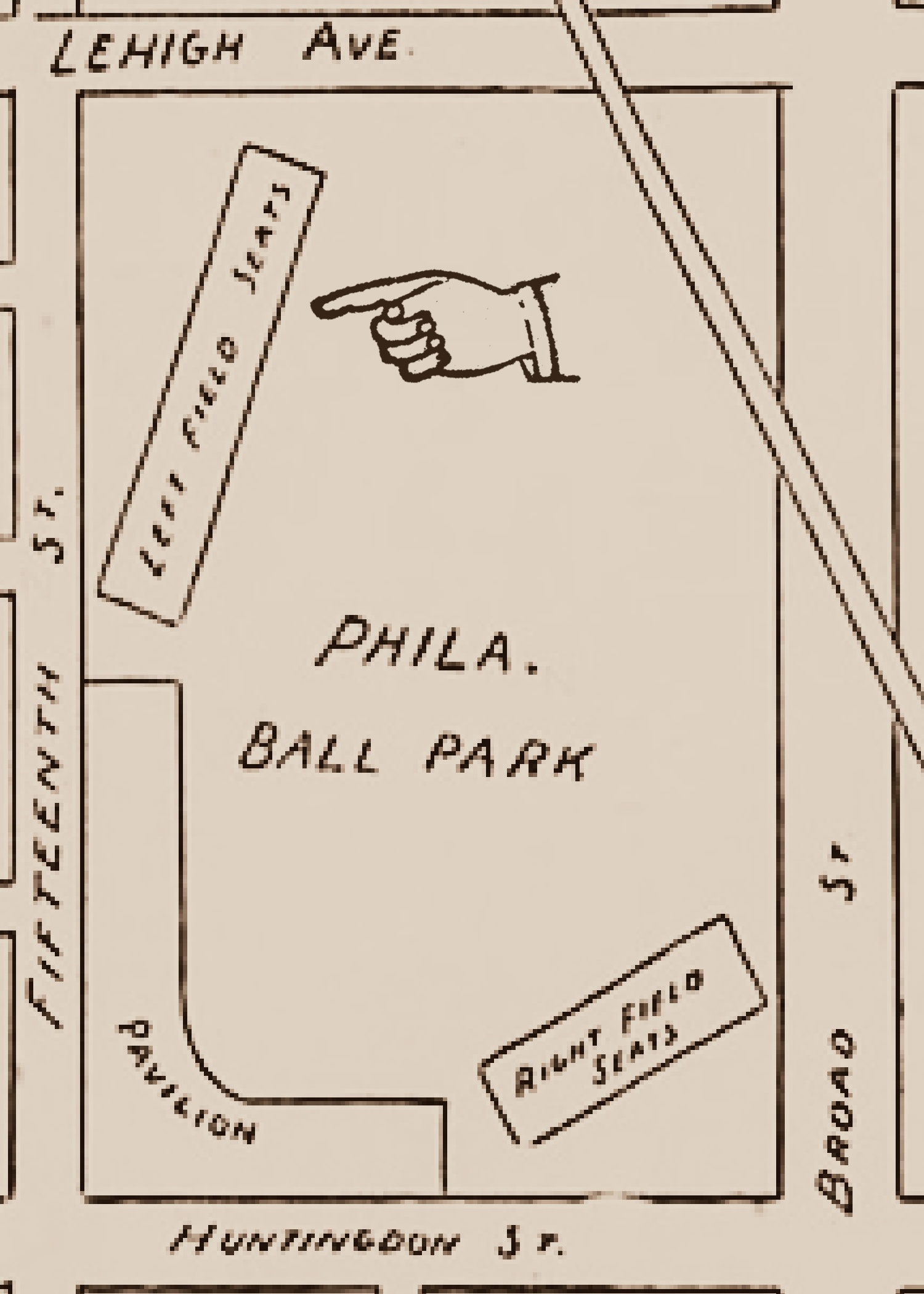 Meanwhile, outside the Park on 15th street, two conspicuously inebriated gentlemen had been staggering down the road, attracting the amusement of a feisty group of local teens who were having a good time taunting them. In the ensuing scuffle, one of the drunks managed to fall on a 13 year old girl named Maggie Barry, who (quite naturally) freaked out. In a flash, the other kids began yelling for help and screaming “MURDER!!”

All this commotion soon reached the ears of the fans jammed into the left-field bleachers above them. On a walkway that extended out like a balcony over the street, someone peeped the ruckus below and shouted, “FIGHT!!!!” Of course, Philadelphians have always enjoyed a good fight, and so all at once, 300 people rushed to this catwalk to have a look.

But the hemlock support posts were over 8 years old, and never intended to withstand so much weight for so long. A large crack echoed throughout the ballpark as a 100-foot long section of balcony collapsed three stories down onto 15th Street!

Bodies rained down with debris, as panicked fans rushed the field in terror and confusion. First responders struggled to assist all the injured, while petty thieves seized the opportunity to relieve helpless victims of their cash and valuables. The pickled pair who started the whole affair escaped into the chaos without injury or identification.

Ultimately more than 80 lawsuits were filed against the Park, but after six years of litigation, the case made it to the US Supreme Court, who denied the victims any compensation because they had gathered in a place they were not meant to be and therefore were at fault for their own injuries/demise.

National League Park eventually became the Baker Bowl after it was purchased by William Baker, a cheapo who groomed the field with grazing sheep and basically let the place go, earning the nickname “the Toilet Bowl” in the decades that followed. The Phillies played their last game here during the 1938 season, then moved in with the A’s at Shibe Park.

The Baker Bowl was demolished in 1950, but it’s worth remembering for more reasons than just this tragedy. In the 1920’s, it hosted the Colored League World Series. In the 30’s, the Philadelphia Eagles played here. Babe Ruth played his last Major league game here on May 30, 1935.

Think the tallest outfield wall in baseball history is the Green Monster in Boston’s Fenway Park? Nope! In fact, the right field wall at the Baker Bowl was 60 feet tall — 23 feet higher than the Green Monster. Why so high? Since the wall was only 280 feet from home plate, it was meant to prevent “cheap home runs.”

Like the Green Monster, the Baker Bowl wall was initially cluttered with an assortment of ads. Eventually, these gave way to one enormous Lifebuoy soap ad, which became a running joke with Phillies fans as it went, “The Phillies use Lifebuoy! And they still stink!” 🤣 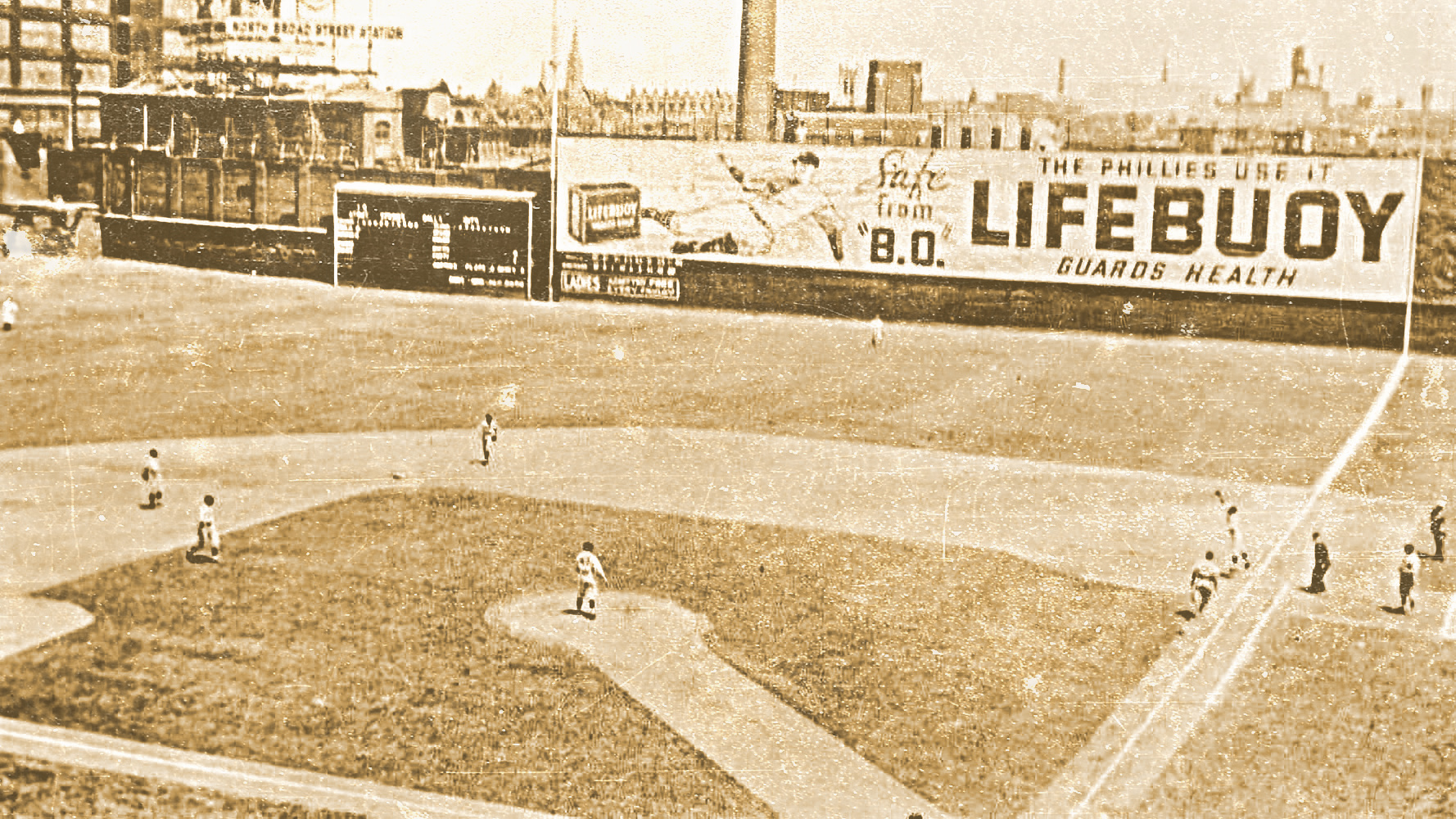 This post is a summary of a much longer and well-researched Philadelphia Story by the wonderful Bob McNulty, originally published on his fascinating Facebook page August 7, 2020. Please click through for full text with much more facts and detail, including lives lost plus what ever happened to Maggie Barry (there was also a second collapse at this park that’s another good story).

About Philadelphia Stories By Bob McNulty 2 Articles
Philadelphia Stories by Bob McNulty. Lifelong Philadelphian Bob McNulty tells fascinating tales about ordinary citizens and extraordinary events from the city’s long history. Ranging from whimsical to tragic (sometimes in the same story!), Bob’s tales are meticulously researched and bring to life figures and events largely forgotten today. Philadelphia Stories is a dramatic archive that spotlights everyday Philadelphians of all kinds -- men and women, Black and white, immigrant and native-born, many of whom, in Bob’s words, “didn’t have anyone to tell their story.”
Facebook

Fallser Fridays: Because We Should Know This SH#!

Ever wonder about McDevitt’s murals? In our first “Fallser Friday,” we get schooled on an East Falls Sports Association legend, Mike Dooney aka “Monzone” (and his faithful dog Gandolf!)  [more…]