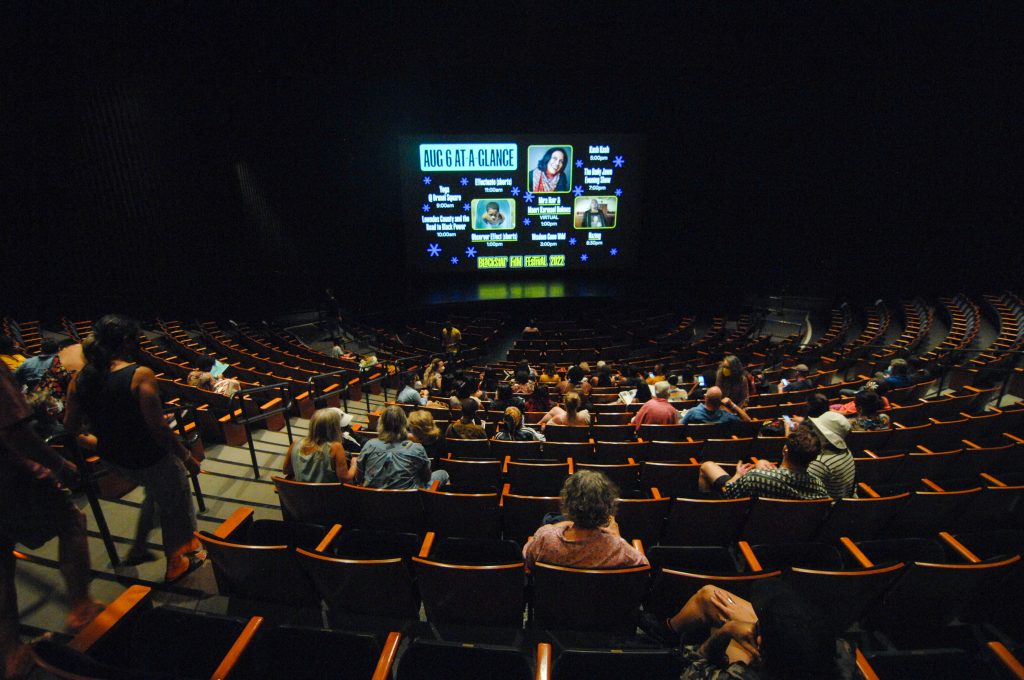 PHILADELPHIA- When I was asked to cover the BlackStar Film Festival, I looked at it as something fun to write about, no different than I would have any of the hundreds of comic cons I’ve photographed and written about over the years. The reality and the seriousness certainly didn’t meet my expectations. Hell, I had gotten it all wrong.

The films that premiered and the panels were as often as not gut punches, forcing me to examine my position in the world as a white-passing Jewish journalist, man, father, and son. They demanded that I step outside myself and see the world from the eyes of my black, brown, and indigenous neighbors.

They demanded that I examine the ethical standards I hold myself to in my work. Am I doing enough to be inclusive, to ensure representation in how I choose experts to quote? Am I sensitive enough to the power dynamics between reporters, photojournalists, and those we collaborate with to tell our stories?

The short answer is no, if I’m being honest with myself and you. I haven’t been doing enough; I have also shied away from stories that made me uncomfortable, sometimes consciously, at other times unconsciously.

Each day I came home more exhausted than the last while also feeling like I hadn’t had enough time to talk to all of the people or see all of the films I wanted to, and it wasn’t just the heat or the work I had to do for the house we’re trying to buy. I understood that I was in a process of reexamination and relearning things I thought I had already had down-packed but didn’t.

But it wasn’t all self-ass kicking and being schooled. There were also some truly inspiring people who also kicked my ass with their level of dedication to their craft,  love of humanity, talent, and storytelling ability, all of them dealing with their struggles through their art.

It examined black, brown, and indigenous trauma, joy, and excellence, the strength of vulnerability, and the endurance of the human spirit in the face of horror and callousness. It was a celebration of creativity, entrepreneurship, and humanity.

The films that premiered this weekend were profound in their way, in the context of the subject matter and the larger context of human interaction. Due to time constraints, I could only see three of the ones I wanted. Still, I was able to talk to folks about the films I didn’t get to see, and if the ones I did get to see were any measure of the level of craftsmanship and storytelling, every one of them was worth seeing at least a couple of times, and some of them should be required viewing.

Aftershock‘s examination of the birthing and healthcare experiences of black and brown women through the eyes of the fathers whose spouses died at the hands of a healthcare system that clings to racial stereotypes and racist fantasies, often unconsciously, exposes a slow-rolling unintentional genocide. It will only worsen as women’s rights to their bodies are stripped and handed over to a bunch of old white men who wouldn’t know a vagina from a hole in the ground and could give two shits about the consequences for any woman much less black and brown women.

It was a must-see for every husband, birthing professional, white suburban woman, and dipshit lawmaker who thinks they should tell women if, when, and how to start a family or not, experience pregnancy or the birthing process.

Lowndes County and the Road to Black Power gives us an on-the-ground view of the struggle for voting rights in the south through archival footage, images, and interviews with those involved in the visceral fight for not only the right to vote and hold office but for survival. If there was ever a question about the need for students to be taught an accurate account of American history, this was it. No wonder Republicans are so afraid of American history.

Wisdom Gone Wild looks at not only what it’s like to care for an elderly parent with dementia but also gives us a view of what it might be like to live with dementia. To struggle to remember what used to be so pristine, merging events from your past and the stories you’ve heard to create new narratives about your life. The frustration of having the parent-child roles reversed on you; it’s liberation. All these experiences build a new kind of wisdom and self-knowledge that can only form in proximity to death.

If you didn’t make it to this year’s BlackStar Film Festival, don’t fret, you can always go next year, and I’ll be writing about each of the panels I attended and each of the three films I got to see in greater detail in the coming few days.

About Cory Clark 42 Articles
Cory Clark is a Photojournalist and writer focused on Human Rights and other social issues. His work can be found in hundreds of media outlets from Philly Magazine to Fortune. He has been a long time freelancer for Getty Images, The Associated Press, and Association French Presse. Cory, his wife, and son are residents of East Germantown.

“Lowndes County and the Road to Black Power“ is one of the most consequential films of 2022, particularly given the Republican’s ongoing assault on teachers’ ability to teach accurate American history; and the right’s attacks [more…]

MOVIE REVIEW: New documentary looks at black maternal mortality in America through the eyes of two new fathers who lost their partners due to complications related to the birth of their children [more…]