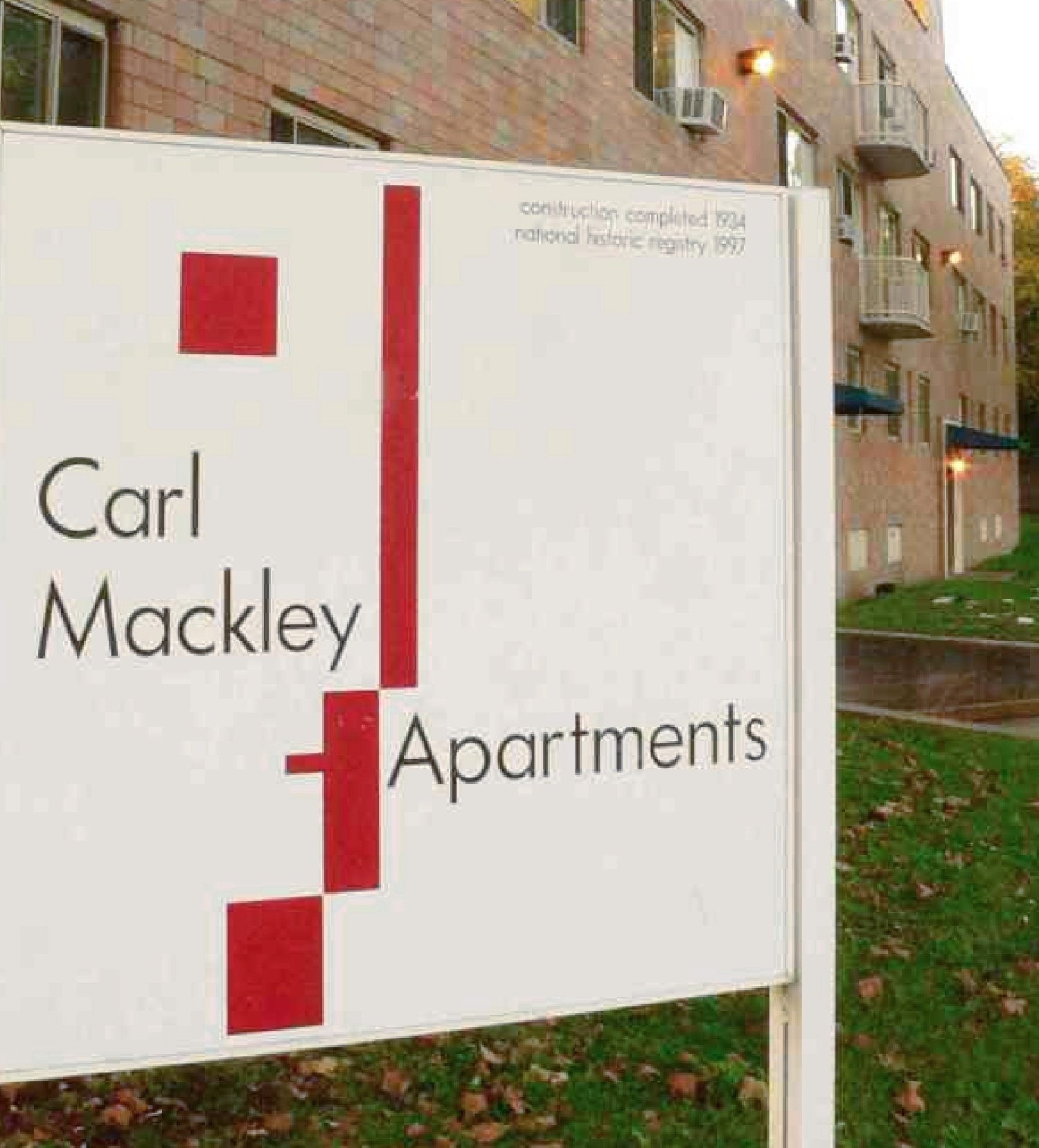 A big red-brick apartment complex stands today in Juniata: proof that unions and government can work together to uplift communities. Its success kicked off Roosevelt’s Works Progress Administration, a centerpiece of the New Deal. Generations of Philadelphians have grown up here since doors opened in 1935, and although the building is on the Register of Historic Places, few people remember the brutal struggle this residence rose from.

The complex is named for Carl Mackley, a 22 year old Kensington hosiery worker who was killed in a shootout with suspiciously well-armed “scabs” during a heated labor dispute that captured the city’s attention in 1930. Carl came to represent the urgent need at the time for better working conditions and more job security for the thousands of Philadelphians toiling in local mills and factories.

That March, employees at the H. C. Aberle Mill in Fairhill/Kensington (A & Clearfield) had been striking for months following an announcement that wages and hours would be cut. During this time, Mr. Aberle kept his shop running by offering work to anyone willing to cross the picket line.

A year into the Depression, he had some takers but this was an intimidating proposition, as unions in the city were activated, and workers of other mills came out in droves to mercilessly shame and threaten strikebreakers. They even took to harassing them on the streets walking home from their jobs – things got so bad, the mill hired police escorts.

That didn’t stop the strikers, though. The city’s public safety director called them “foolish,” and ordered their demonstrations must stop. OK, new plan: instead of stalking them on foot, the strikers would menace the scabs by automobile!

Carl Mackley was driving the lead car in a posse of three, tailing a carload of strikebreakers from the Northeast, driven by a 36-year-old man named William Pfeiffer. They travelled north on Front Street, and when they crossed Luzerne, Carl and his crew pulled up alongside Pfeiffer and unleashed a barrage of threats and insults. Another car of strikers came up on the other side, with a similar tirade, and together they tried to jostle Pfeiffer off the road.

But unbeknownst to Carl, Pfeiffer was heavy, and so were his car mates – only so much they were going to take. At a red light on Rising Sun Avenue, one of Carl’s buddies chucked a metal bolt at Pfeiffer’s head, shattering his windshield. That did it. Pfeiffer pulled out his .32 caliber Colt semi-automatic and fired seven shots into Carl’s car, striking him in the head, killing him instantly.

A traffic cop on the scene literally jumped on Pfeiffer’s running board to stop him, and then rounded up everyone from both cars (except Carl, RIP) and took them to jail as a mob demanded street justice. Carl’s funeral energized the strikers – more than 30,000 people came out to his memorial service in McPherson Square, where the vice president of the American Federation of Labor led the crowd in pledging an oath against “low wages, poverty and oppression” while calling out “industrial enslavement.”

Afterward, the Aberle strike only intensified: now that it was clear the mill had hired armed strike-breakers, it was war! Strikers brazenly chased home an Italian immigrant strikebreaker and father of six – more than 400 people hurled stones and bricks at his house, breaking every window and rushing him numerous times even as he fired a shotgun into the throng. Once again, police arrived and dragged everyone they could catch to the station or the hospital. Somehow no one was seriously injured (nor was anyone charged).

That April, the strike went to arbitration and was settled in favor of the union. Five years later, the Carl Mackley Apartments opened at M and Bristol Streets to provide affordable housing for union workers. The nation’s first housing project, it was built with New Deal funds and managed by the Philadelphia branch of the Full-Fashioned Hosiery Works of America. Today, Carl Mackley House is undergoing a $23.7 million renovation project, including accommodations for mobility and sensory impairments.

EPILOGUE: Pfeiffer was tried for murder in May of 1930 and found Not Guilty on the grounds of self-defense. He hightailed it to Nashville, TN where he raised a family and passed away in 2002 (age 92).

This post is a summary of a much longer and well-researched Philadelphia Story by the wonderful Bob McNulty, originally published on his fascinating Facebook page September 1, 2019.

Please click through for full text with amazing details (and narrative flair!) that bring this important local history to life.

Today, Philadelphia is a hotbed of union activity – seems workers are organizing everywhere from Starbucks to the Art Museum. Showing support couldn’t be easier: simply add the line “Union Yes” to the memo line whenever you order food, coffee, Amazon, anything! Wherever and whenever you shop, “Union Yes” lets working people and their employers know you care about fair distribution of company profits. #UNIONYES (and yes please!).

About Philadelphia Stories By Bob McNulty 6 Articles
Philadelphia Stories by Bob McNulty. Lifelong Philadelphian Bob McNulty tells fascinating tales about ordinary citizens and extraordinary events from the city’s long history. Ranging from whimsical to tragic (sometimes in the same story!), Bob’s tales are meticulously researched and bring to life figures and events largely forgotten today. Philadelphia Stories is a dramatic archive that spotlights everyday Philadelphians of all kinds -- men and women, Black and white, immigrant and native-born, many of whom, in Bob’s words, “didn’t have anyone to tell their story.”
Facebook