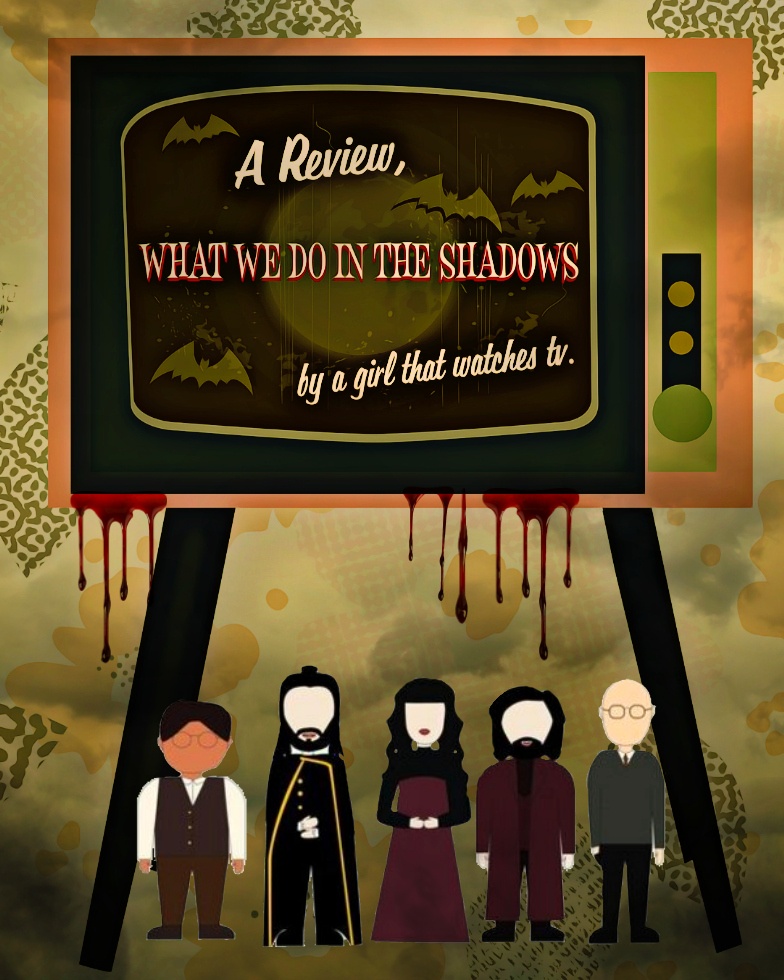 Rarely do we get a glimpse into the day to day of Vampires. We see the glamour, the sex, the drama. But, if we saw the mundane?

What We Do in the Shadows is a mockumentary that follows four vampires and their familiar, living in Staten Island, and navigating current stuffs with a not so modern take.  They’ve been in Staten Island for quite some time, but don’t really feel the need to blend. Time is… fluid with them. They are also easily distracted.

Let’s meet them, shall we? 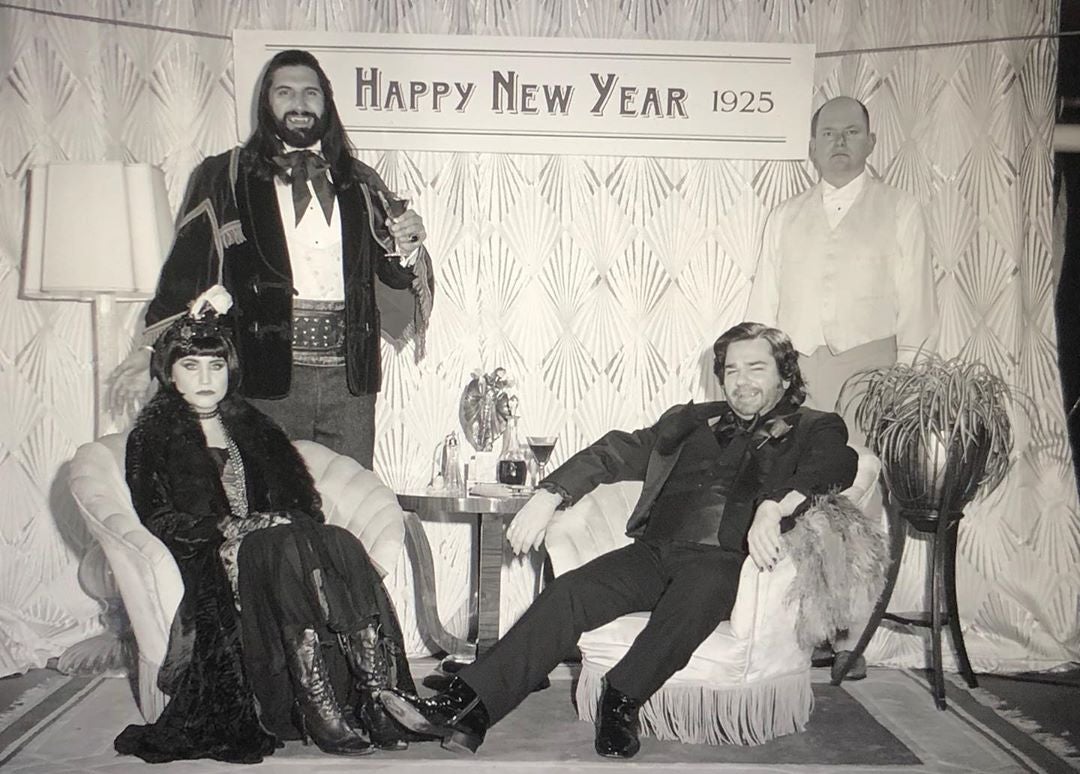 Nandor The Relentless, because he doesn’t relent, was born in 1262 in Iran and is a former Solider of the Ottoman Empire. He was a blood thirsty warrior and killed indiscriminately.  Yet, in present day, has difficulty navigating Staten Island Borough Council Meetings, handling grief, and remembering what a Tide pen is called.  He insists on having all meetings in the Fancy Room, and preferably without Colin Robinson (more on him later).

Nandor has a faithful familiar (personal assistant) that handles everything.  Dry cleaning? Guillermo. Picking out virgins? Guillermo. Closing the door to the Fancy Room? Guillermo. If you were to ask Nandor, Guillermo’s name is John. Guillermo has been his familiar for 10 years. One wouldn’t say that Nandor is necessarily a bad boss, he is simply self involved and fantastic.  Plus, he is a 1992 Olympic Dream Team Fan. I’ll say it again, fantastic. 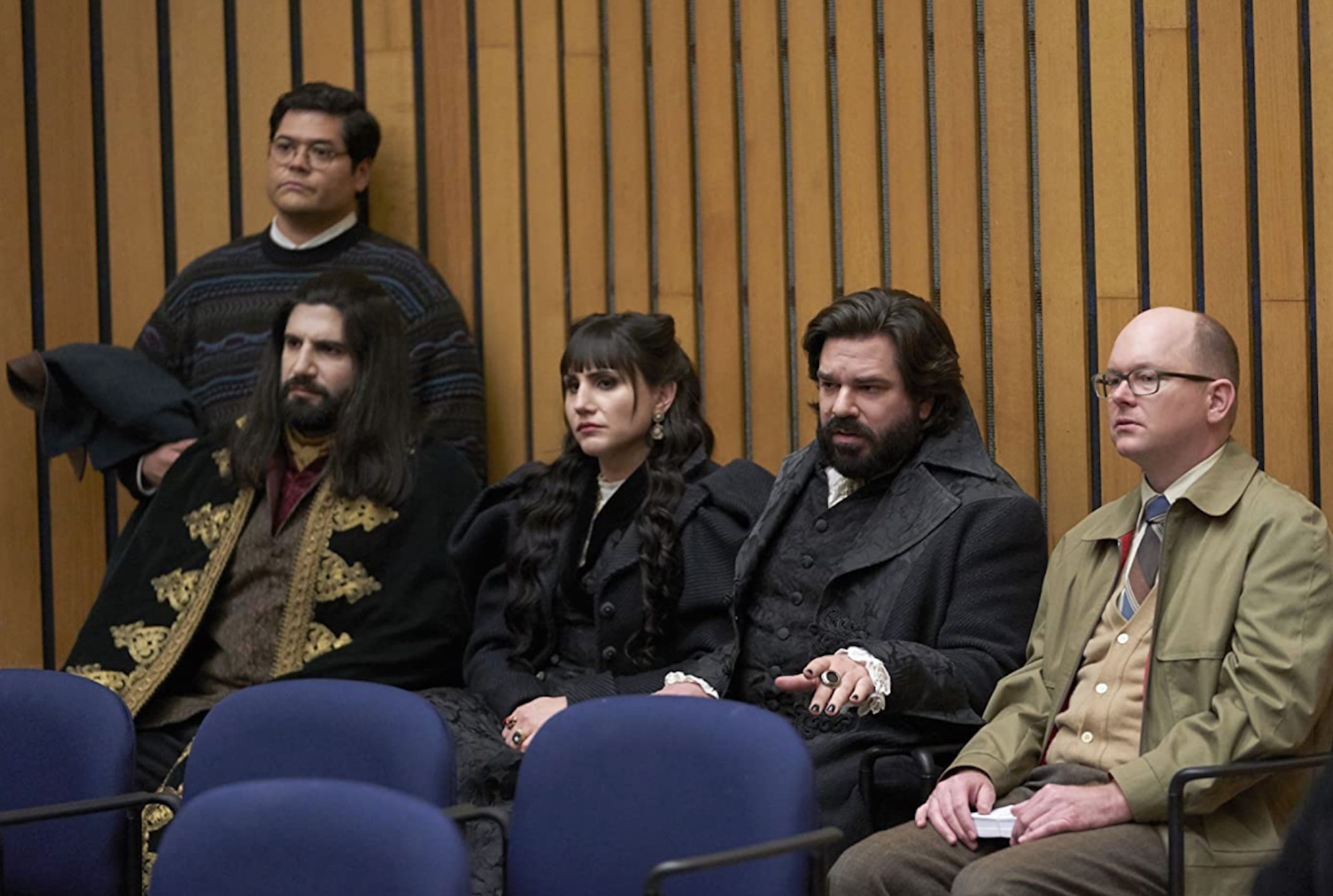 Like all meet-cute’s, Guillermo met Nandor at Panera Bread and has been his faithful personal assistant ever since.  Now, there have been promises to turn Guillermo into a vampire.  And, like all jobs, where certain promises aren’t kept, resentment builds.  He has been there for 10 years. Where is his raise? Why can’t his boss remember his name? Why is he always the one to put the bodies in the sinkhole? Again, super relatable issues.

Oh, Laszlo Cravensworth, you naughty scamp.  I’m not sure which way you’re swinging today, but swing this way anytime.  I digress.  Laszlo was the most attractive man in his village.  A village impacted by leprosy and the plague.  But, hey he was still the most attractive.

One night a beautiful woman was flying outside of his bedroom window, he let her in, she had had her way with him, turned into a hideous creature, drained him of his blood, he turned into a vampire, and they lived happily ever after. If that’s not love, I don’t know what is. 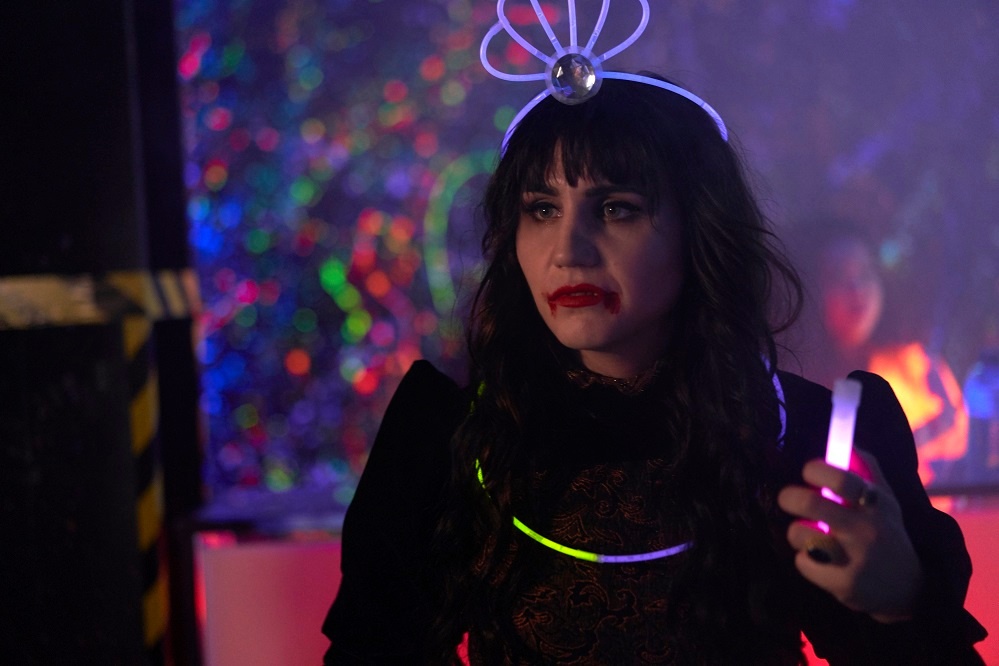 Oh no, he is an Energy Vampire (the most common kind of vampire, we learn). Colin Robinson does not need blood, he can walk in the sunlight, and work in an office. He gets his energy by boring, annoying, or driving people to brink of insanity. He simply has to troll people online and he is jacked up with Vampire adrenaline.

Colin Robinson doesn’t have a backstory; he came with the house and is content to sit in the basement. Nobody likes Colin Robinson. He is the best person on this show.

I want to talk about every episode and every funny line, but I also curse those that spoil shows in reviews. So, please discover the beauty on your own. Allow yourself to witness a Borough Council meeting that is eerily similar to a local council meeting.  I’ll be here, waiting.  With glitter on my face. Like the Twilight.

* If I haven’t convinced you yet, Mark Hamill may make a guest appearance. Yeah, THAT Mark Hamill. 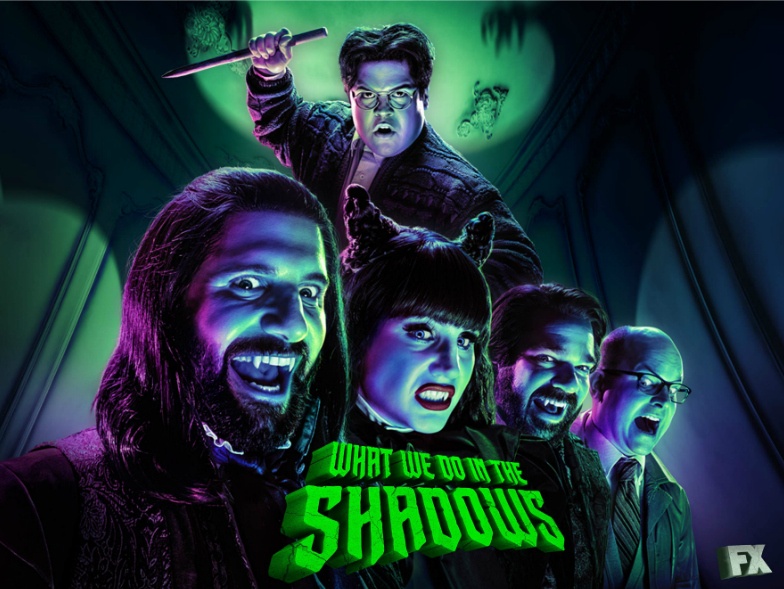 What We Do in the Shadows
FX on Hulu
Emmy-nominated series based on the feature film by Jemaine Clement (Flight of the Conchords) and Taika Waititi (Jojo Rabbit), WWDITS documents the exploits of vampire roommates as they navigate the modern world of Staten Island with the help of their human familiar. Seasons 1 & 2 now streaming, season 3 set to air as early as April 2021 (filming has been delayed by COVID).

Agree? Disagree? Leave your comments below or email reviews@nwlocalpaper.com to share your thoughts to submit your own review for consideration.

About Amy Christina 1 Article
Amy Christina has pursued a lifelong passion for all things vintage, and cultivated a keen palate for the clever and the absurd. After many years serving the Dark Lord in Technology, she now gives back to her community, and is the Graphic Illustrator for a well known non-profit. She has many hopes and dreams, but her current one is to be Felicite Moorman’s gardener. This is her first review for The Local (although she tipped us off to the Tiger King last spring). She has called East Falls home for a long time. Follow her @phillyberry