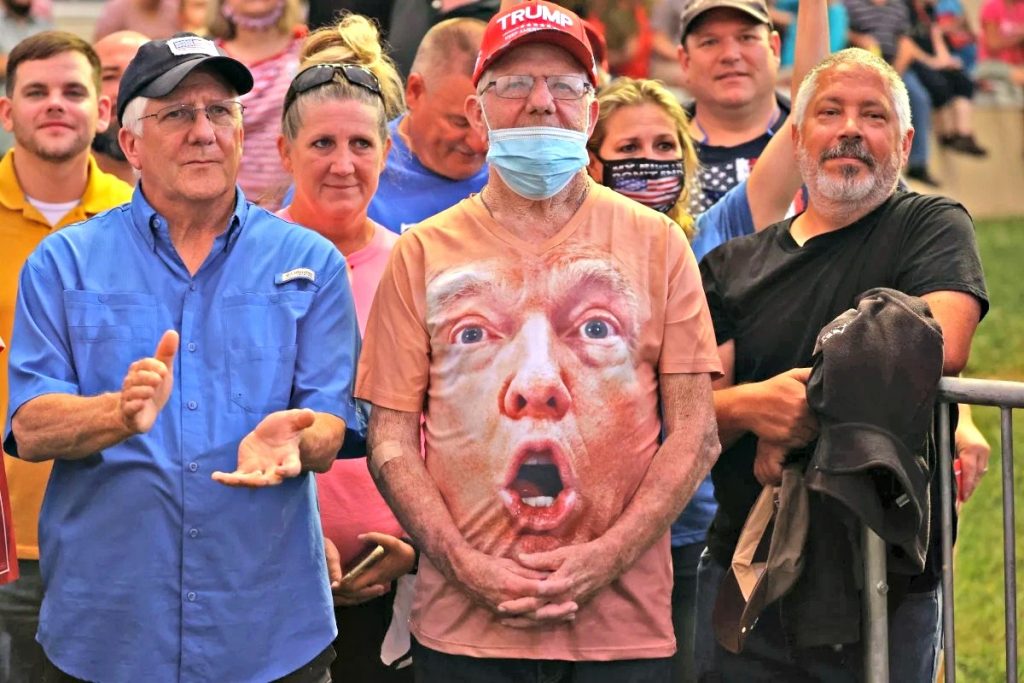 Like Halloween ghosts, the list of atrocities continue to haunt, released daily – even hourly – and yet the Trump flags still fly. Admissions of downplaying the severity of a pandemic that has caused the deaths of hundreds of thousands, the suffering of millions, and yet the polls in some key states remain close.

Doubling down on law and order, as more people of color are killed by police, as former members of the President’s inner circle get charged or arrested, and yet Republican senators continue to defend him.

And finally, continued assaults on our sacred right to vote and some people still claim to be undecided.

We have had almost four long years to try and answer the question of why any American voted for this charlatan, this criminal, this creep, who when asked to comment on Ghislaine Maxwell‘s arrest on alleged child sex trafficking charges, said, “I wish her well.” Even more puzzling is why, after the last four, long years, anyone would vote for him again. The answer, as the President well knows, is fear.

In the article, “Complete Psychological Analysis of Trump’s Support,” by Bobby Azarian, Ph.D., published by Psychology Today, Azarian uses studies and reports to come up with 14 scientifically backed explanations for why Trump’s supporters continually side with him. Fear is one of them. “Science has shown that the conservative brain has an exaggerated fear response when faced with stimuli that may be perceived as threatening,” Azarian writes.

Fear, especially the kind the President and his supporters feed on, is weakness, and the obvious irony here is that the right continues to try to paint the left as “snowflakes,” a term once used in the 1800’s to describe anti-abolitionists, now used to paint liberals as weak and overly sensitive.

Since 2016, the term seems to have lost its power, and for good reason. It’s clear, from the thousands of people who’ve risked their lives to confront a deadly virus, beatings and tear gas from police, arrests, and murderous right-wing agitators, to protest the killing of unarmed people of color by law enforcement, that these people, together, are more like powerful nor’easters – as are the thousands of Americans who waited in line for hours this summer, in places like Wisconsin and Georgia, to vote. They are not afraid. Nor will they be this November. 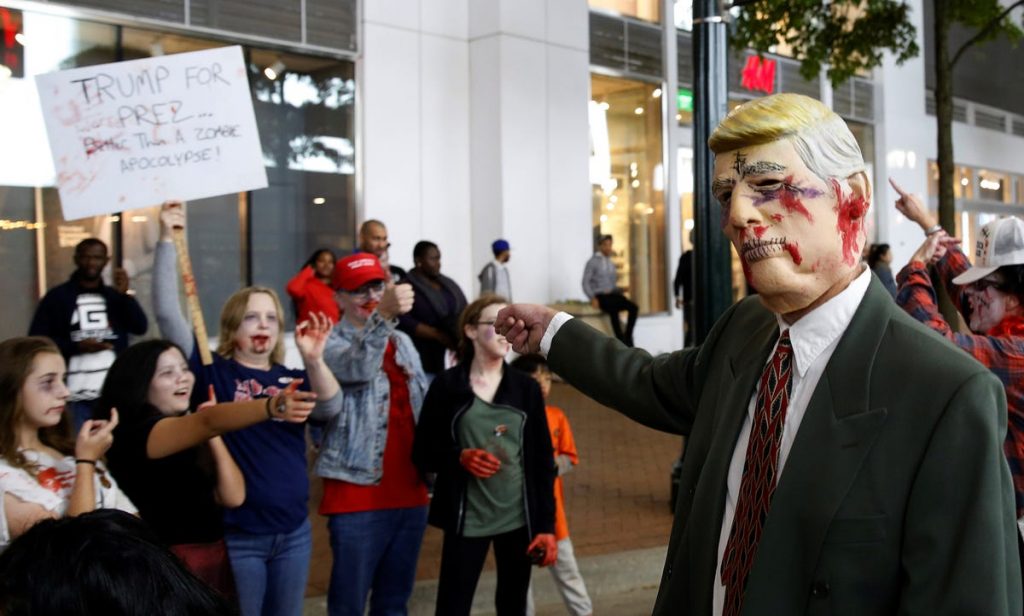 It isn’t only the President who has capitalized off of conservatives’ fear. Organizations like the NRA and “We Build the Wall” siphoned cash from hard working Americans to fund lavish lifestyles. According to the NPR article, “New York Attorney General Moves To Dissolve The NRA After Fraud Investigation,” by Tim Mak, “The suit alleges that top NRA executives misused charitable funds for personal gain, awarded contracts to friends and family members, and provided contracts to former employees to ensure loyalty.”

And Steve Bannon, Trump’s former campaign mastermind, was charged along with four others for allegedly funneling funds from the We Build the Wall organization to be used for personal expenses, according to an article from CNN. One organization preys on the fear of losing guns, the other on the fear of immigrants, both causes lauded by Trump’s base.

They say the only way to overcome fear is to confront it. Not in the way Mark and Patricia McCloskey confronted (and threatened with their guns) peaceful protesters as they made their way to protest outside the Saint Louis Mayor’s house, earning them a speaking role at the Republican National Convention and, according to Buzzfeed News, felony charges for “unlawful use of a weapon,” but in a more rational, sane, less criminal way.

To really confront fear, a Trump supporter from the suburbs or a rural area who fears the city, could take a trip to a Philadelphia and see for themselves that this Democratically run city is not burning and is not as dangerous as the President and his sensationalistic news outlets would have us believe, and had a better response to the coronavirus than the federal government.

Of course, this won’t happen. Because they are afraid. Instead of confronting their fear of cities, of people different from them, they pound their chests, throw off their masks and claim to be unafraid of the very real virus that threatens to kill them and their loved ones. They feed on their fictional, irrational fears. It is what fuels their identity of being the victim. Without fear, they would be forced to confront the reality that have been conned, by the President, the NRA and Steve Bannon. This November, I’m hoping they finally find enough courage to do just that.

Tell Us What You Really Think

REALITY CHECK: If you’ve ever suspected that folks here with the big houses on leafy streets feel they should have more say in their neighborhood — Scott Cameron (Netherfield Rd) agrees that only property owners can ever [more…]

A new life for thousands of prayers from East Falls and around the world. When Pope Francis visited Philadelphia in 2015, two East Falls artists — Dan & Stephanie Ostrov on Stanton Street — were [more…]