Used to be when someone said they were a Republican, it was a fiscal thing. It just meant you supported the Free Market — a broad definition with all different interpretations. This wasn’t that long ago, either. The 80’s? The early 90’s? Seems that by the time GW nabbed the 2000 election, the GOP was learning to work in lockstep along narrowing ideologies. Part One in a new strategy to test the limits of our government’s so-called checks and balances.

Part Two involved massive re-districting efforts to exploit loopholes in our representative democracy. See, in America our votes don’t count individually as much as they do in blocks assigned to political parties. Republicans figured this out way ahead of Democrats, and have been so effective at gerrymandering that they’ve shifted 59 seats in the US House of Representatives since 2012. Basically stolen them with unfairly-drawn congressional districts.

I’m not making this up, folks! Advocates for campaign reform have been documenting this assault on democracy for years, and from all sides of the political spectrum. Republicans might have the most impressive record for corruption but neo-liberal Democrats have been selling our rights out from under us for the last generation, too. It’s been disgusting, the way our government has pandered to Wall Street, Big Business and oligarchs like oil barons. 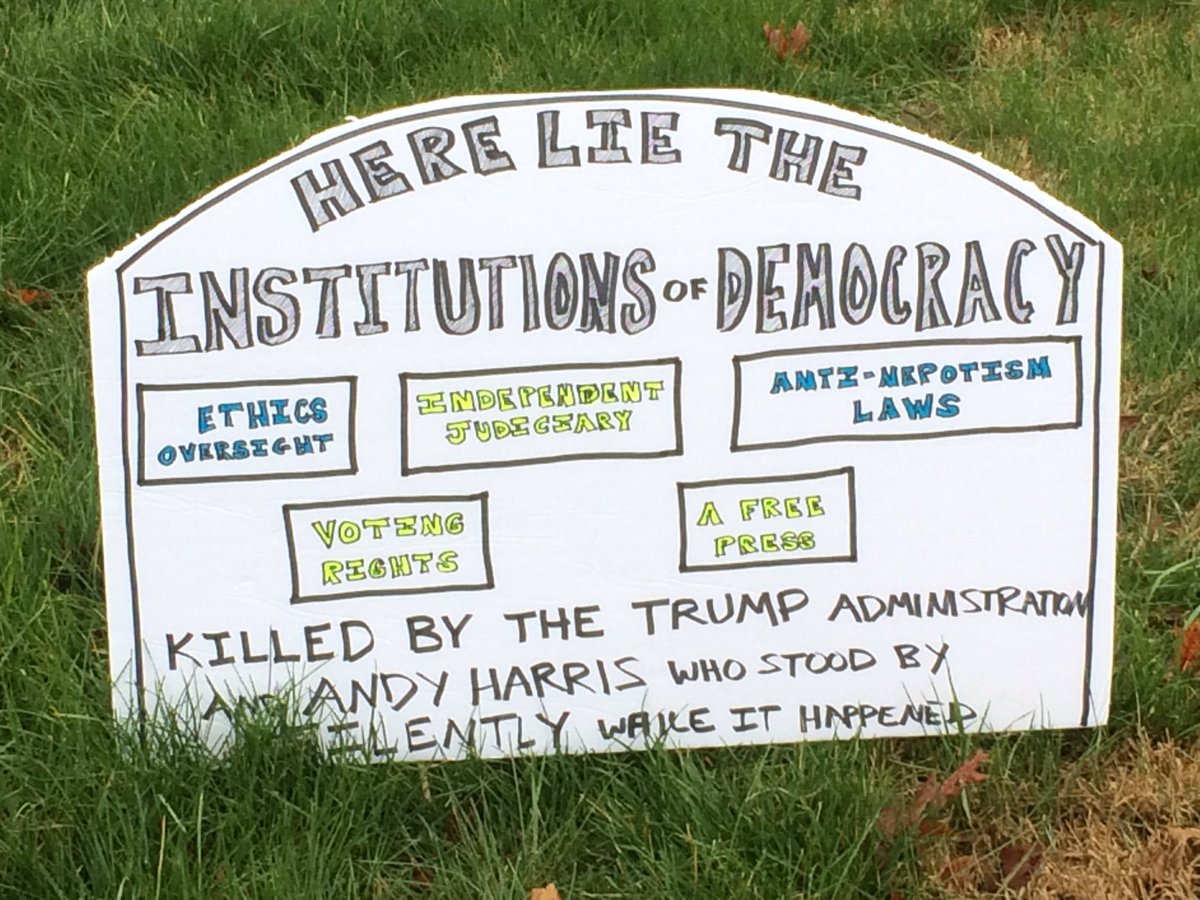 Thanks to misinformation campaigns and shady super PACS, Capitalist cronies took the White House in 2016 despite a popular vote that was overwhelmingly against their man Trump. They’ve used their time in the Oval Office well, too, stacking our federal courts with more than 200 judges – about a quarter of the jurists who have the final say the laws of our land now are Trump appointees. No other modern president has come close to these numbers.

I’ve said it before: right wing, left wing – it doesn’t matter, it’s the same damn bird! And it’s sick. It’s crazed. And if we’re not careful it’s gonna shit all over us!

We have had four years to watch it. Leaders taking legal and financial liberties at the expense of schools, voters, immigration, public health – the mail?! Bad people who might otherwise be held in check by common standards of decency have pounced upon this glorious time of impunity, grabbing what they can while the rule-followers huddle together, confused and powerless. Lives are being lost, businesses crumbling – whole communities collapsing under waves of crime, addiction, unemployment, homelessness.

Look around! Even Mother Nature is pissed. She’s sent wildfires, hurricanes, earthquakes – a global pandemic! Since Trump obediently filled the White House with billionaires, our leaders have been raiding federal resources, reversing environmental protections, funding filthy fossil fuels instead of the science to get us green. Profit is king! Our lives and property are collateral damage. Even our rights and our freedom.

This goes way beyond politics. Corruption has corroded every branch of our government, from Federal down to local constituencies. Where is the shame, when leaders are exposed, censured, fined, imprisoned….? When our government breaks its own laws – and shrugs it off. When our president admits to lying to the American people. When public servants walk back on their promises without consequence.

“Use my words against me!” they say – a sure sign that our opinion doesn’t concern them one bit. What do they care if we call them hypocrites? They don’t answer to us. Their job is to keep the dog and pony show going in the media while they steal the store out from under us. Meanwhile we’re all too stressed and overwhelmed to fight back.

Well there’s one thing we can do. VOTE!

Even if they’re gonna steal the election – especially, in this case. Silence and inaction are complicity! We must educate ourselves and each other. Stand and speak when they demand we sit silent. March when they want us to stay home. To call out against lies, coercion, repression and state violence. To come out in droves to demand proper representation in our government.

Our democracy is on Death’s door. This might be the last chance we have to right our country’s course for a fair and just society. Peace and strength.

Agree? Disagree? Email drwoodson@nwlocalpaper.com or leave your comment below. For more information, please follow the source links in this article.

Author, designer & East Falls home owner James Calder learns to live through rehabs on the other side of his historic twin (with Jen Colahan McIllhenny). [more…]

Get wise to the media’s constant lies  [more…]