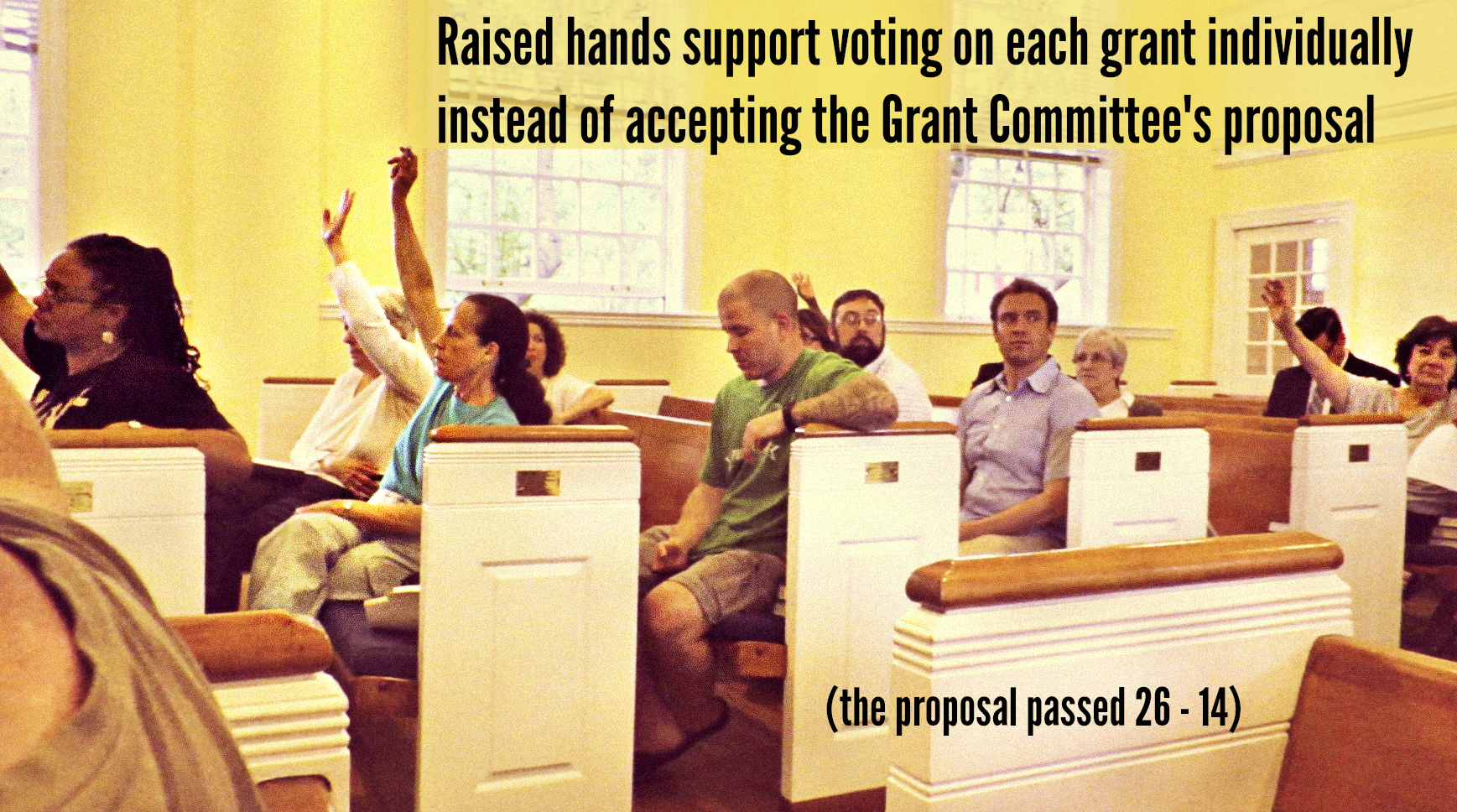 5-18-15: UPDATE:  Some really cool discussion opening up on Philadelphia Speaks — if you’re not already a member, please check out this great local resource for all kinds of neighborhood feedback.

Full Disclosure:  We started attending Community Council meetings last Fall and the climate has been reeeeally unfriendly from the get-go. Granted, video is kind of intrusive I suppose but on the other hand these are public meetings, and attendance has never been really stellar.

You’d think the Council would be delighted to have the opportunity to reach a new audience, maybe see the chance to connect with the many young busy professionals who don’t have time for meetings but might check into a blog post on an issue that was important to them, like development and dog parks and so forth.

Ridge Allegheny-Hunting Park, by contrast, has always welcomed us and our camera. They’ve opened their schools, their homes, their community spaces… Come see! Has been the message. Come help! “We’re all in this together!”  Rose Cooper always tells us (the head of their neighborhood RCO).

Point is:  I have been ranting quietly to myself about EFCC President Bartlebee Wittels’ “It’s-Not-Us-It’s-You” editorial in this month’s Fallser — You guys need a separate COMMITTEE to just talk to us neighbors, are you kidding me? — and last night’s meeting tipped me over. If there’s any doubt in Wittels’ mind why new residents don’t attend meetings, it’s the tone displayed in these video clips.

These Council members taking down Recording Secretary Heather Plataras about school grants are not just random neighbors but prominent community members:  Julie Camburn (who starts off the questioning) owns & edits The Fallser. Meg Greenfield has years of Council positions under her belt, plus still sits on many important committees and meetings. Not sure why the lovely Tree Tenders lady is on their side but mysteries abound in East Falls, indeed.

The grants involved include $800 to St. James School for the purchase of books to be given as prizes for Student of the Month recipients. And $1,682 to Wissahickon Charter School for natural noise-reduction barriers & litter stops & rain garden.

Do these Council members have a point? Sure, maybe it’s weird to be giving out grants to neighboring private schools when our local public school needs books, equipment, computer software upgrades…

But you know what’s weirder? Wasting one ounce of energy blocking grant money to schools other than Mifflin, when Mifflin could’ve had “a bunch of money” — had they only applied.   (That’s a direct quote from the speaker, btw.)

Here’s another contrast for you. A new resident to East Falls emailed us recently about negative stuff they’d been reading in “The Voice of the Community” and they were beginning to regret buying a home here.  During beers at Murphy’s, we gave ’em the best pep talk we could but weren’t surprised last week when they forwarded us an unsatisfying email thread with EFCC — they were asked for $10 in the first paragraph then told to come to meetings (presumably with ten bucks).

We mentioned our back-and-forth to EFDC‘s Gina Snyder, and she met us all on Franklin’s patio last Sunday for a sit down over our area’s unfriendly reputation towards new business, and her specific challenges filling storefronts. For instance, Foodery (now in Roxborough) and Triumph Cycles (in Manayunk) both first approached East Falls, but were turned off after some executive members of our Community Council outright told them they would not approve such commerce in our neighborhoods.

WITHOUT A VOTE, people. Specifically, Foodery felt rebuffed when they put out feelers and Triumph actually came to at least one zoning meeting but gave up when faced with the gauntlet of meetings & negotiations requested. So technically, our Council never actually denies anything, they just send new business the message to move along, it’s not worth the hassle to set up shop here.

East Falls’ voice is in transition from this siloed “Upper and Lower” (Fallser and squatter?) mentality to a more inclusive, democratic demographic that wants more retail, more places to eat & drink & grab a cup of coffee. Adjustments will need to be made — but everyone will benefit, too, when local business thrives. We’ve got so much potential here!

A large part of Planning is trial-and-error, East Falls is kinda fortunate to be relatively late to “gentrify:”  we have the opportunity to learn from other neighborhoods’ mistakes. Instead of digging in against inevitable changes like traffic, parking, re-zoning, etc, we should be reaching out to (or at least studying) other communities who’ve gone ahead to figure out what they did right, and what they did wrong so we can try to avoid the same pitfalls.

And instead of grousing about how much money we’re giving outside our community, maybe we could work on what we can do, ourselves, to “be the ones we’ve been waiting for” — like, the ones who fill out paperwork for available grant money like other organizations do.  Sigh.

How many other opportunities is Mifflin missing out on? Wish this was our only first-hand experience with Mifflin failing to apply for grant money offered, but we were personally involved in one other instance, where we really had to make some noise before they took the application seriously. Does Mifflin have a problem asking for help? Can we make it easier for them?

Maybe a grant-matching program so that whenever EFCC gives money to another school, Mifflin automatically gets the same or a proportional amount…? Just spitballin’,  here. Probably lots of better ideas out there if we crowd-source, and get some big brains on board for targeting & managing resources.

We have high hopes for East Falls but will settle for just a coffee shop. If any of this resonates with you, please come to Community Council meetings. And sit with us.

Something tells me the vibe might be extra-chilly at next month’s meeting, especially… 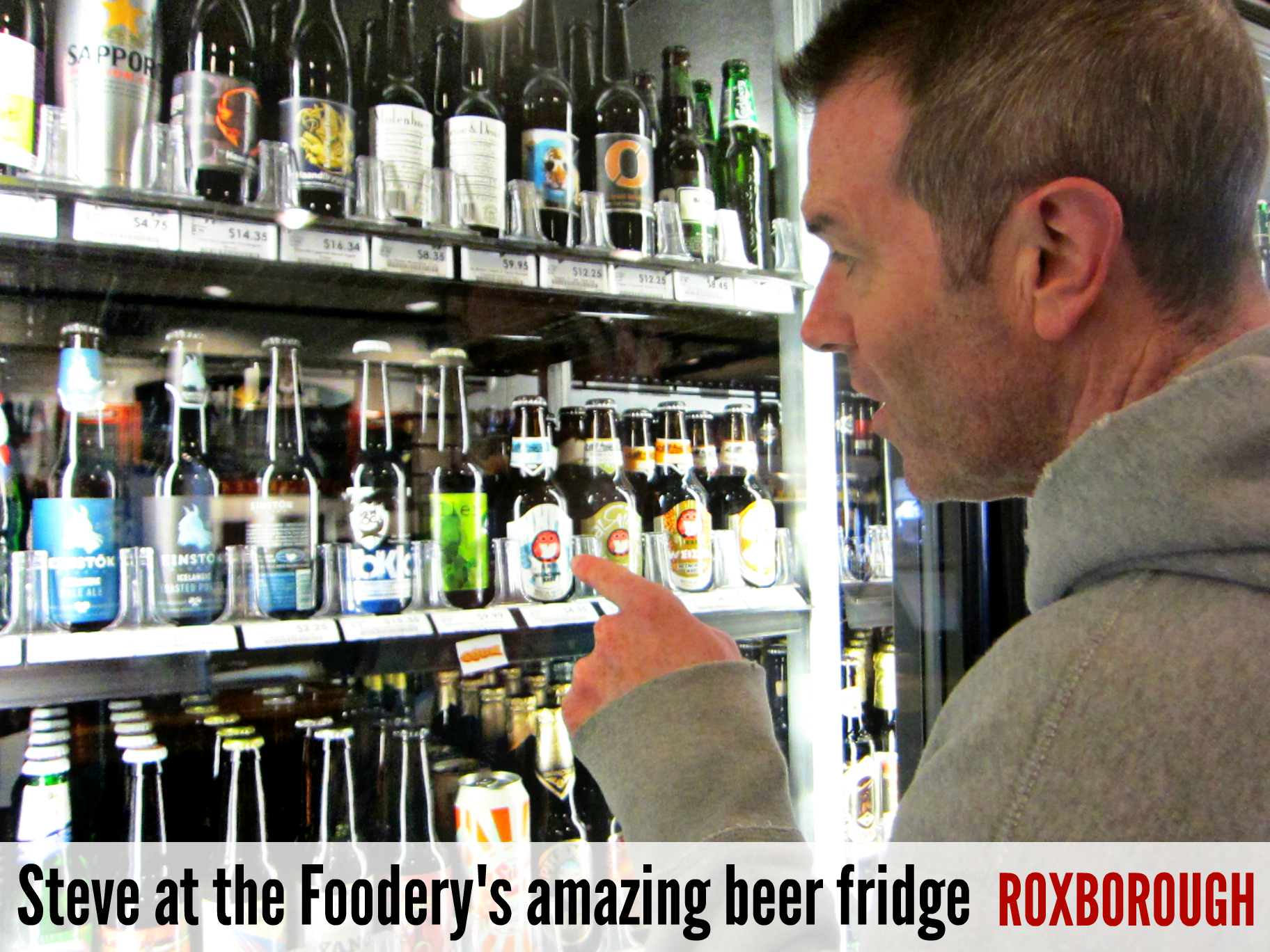 CYNTHIA KISCHINSCHAND: Well, how many students are there at St. James? At Mifflin there’s about three hundred and twenty five…

JULIE CAMBURN: I have the same questions that St. James is in Ridge Avenue-Hunting Park area, and not in East Falls, you know… (unintelligible)

JULIE CAMBURN: You’re assuming that, we don’t know that. (unintelligible crosstalk with EFCC speaker) We have limited funds… and you know… you could…. you could’ve…

HEATHER PLASTARAS: We didn’t get an application from Friends of Mifflin, we would’ve given them a bunch of money but I…..

(unidentified AUDIENCE MEMBER from behind camera): Could you just say that again?

HEATHER PLASTARAS: We didn’t get an application from Friends of Mifflin School.

MEG GREENFIELD: Following up on what Julie asked, is RAH giving to St. James or anyone…?

HEATHER PLASTARAS: I have no idea. No, I don’t think so.

MEG GREENFIELD: I mean… do we know the reason we didn’t vote individually?

HEATHER PLASTARAS: Ummm… I have no idea what the rule is, actually.

CYNTHIA KISCHINSCHAND: Just so you know, I just got an invitation to honor Aubrey Evans of St. James School a the Union League for $250 a ticket so they do a lot of fundraising. Serious fundraising.

BONUS VIDEO — Can’t get enough EFCC Meeting footage?  Here’s more! Unedited for the most part, in all its amateur glory, enjoy.

Also, I recorded 16 gigs of “Candidates Forum” but with only 2 minutes to speak, everyone’s message was remarkably similar: good schools, security, healthy business. Stay tuned possibly for some clips but really this local stuff interests me more.

Speaking of, I understand the judicial candidates the Council invited were told they’d have a chance to speak but then after 2 hours everyone was ready to go so they were herded up to the front of the room and basically the moderator just went, “Ta da! Let’s go home.”  Then all the candidates shuffled back down the aisle in a procession. OK, then.