REALITY CHECK: If you’ve ever suspected that folks here with the big houses on leafy streets feel they should have more say in their neighborhood — Scott Cameron (Netherfield Rd) agrees that only property owners can ever really understand East Falls.  (Language advisory) Seems the McMichael playground issue has set off an email explosion! The admin for the popular Facebook group “I’m From East Falls” had to call a moratorium on all discussion after dueling petitions clogged the timeline — and her inbox.

“OMG Carolyn,” her message started, “It’s been insane the last few days!!” Apparently, her inbox had been blowing up with messages from group members who missed the stories & photos, and did not enjoy reading comments from pro or anti playground folks, beating a dead horse.

Since the petitions re-surfaced last week, complaints about uncomfortable division and debates flooded in. Other folks accused the group of unfairness, and favoritism.  Finally, she declared the group a “No Playground Discussion” zone.

We feel her pain. We’ve had our own little firestorm of emails from people accusing us of neighborhood sabotage or ignorance (often both) — or seeking to spiral our feed down the same never-ending rabbit holes.

So ready to put this subject to bed! But then Scott Cameron expressed in an email (shared below) what many playground advocates suspect: that the near neighbors don’t trust anyone but themselves to know what’s best for the neighborhood. We think it’s important to drag Scott’s comments into the public spotlight, where we can all take a good look at ’em. Boy oh boy are we setting ourselves up for a bitch of a fight. The “New” East Falls with it’s crowing glory Ridge Flats and all the amenities of South Street.

And hey — while we’re at it, let’s fuck up McMichael Park.  It’s our park, isn’t it? The majority will decide what’s good for the three acre [sic] parcel of open land, the last remaining open space in the entire community.

And come on. Isn’t a playground worth more to us than open ground? Of course it is!

And while you’re at it, let’s have a dog park, and oh, three or four basketball courts for the youth up the street, and maybe a public rest room, and a Italian Ice vendor…oh and music. The kind that needs big speakers and maybe a gazebo.

There goes the neighborhood.

Power to the people.

All my best,
Scott Cameron

I’m fine with it in principal, unless I’m the whipping-boy for a “progressive” development group set on evicting the “residential conservatives” whom actually have the most to lose. It seems with Ridge Flat’s that a good number of people feel this is the time to set East Falls on it’s ear and import change for change sake… (Ed note: Ridge Flats comments edited for brevity)

You have to be a property owner to realize just how special a community East Falls is. Only we have to contend with people who frankly are here for an hour, but want every conceivable amenity while they’re residing here. 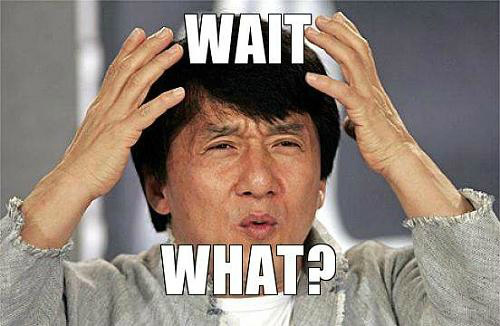 What do you think — does Scott have a point in his emails? Do homeowners in big houses have more right to control development in the area? Is a McMichael playground the beginning of the end for this neighborhood’s character? For East Falls in general?

In case it matters, a little comparison between Scott and us:

Scott lives on Netherfield Road (since 2013) very close to McMichael Park, on a shaded, winding road with large, single-family homes on green plots — many over half an acre. When we swung by recently to grab some photos of the area, we were hard-pressed to find a good survey angle because so many of the houses here are obscured behind walls and landscaping. (Buried utility lines here, too, swaaaaanky!)

On the other side of town, Steve and I have a mortgage on a one-bedroom unit with den/office in Gypsy Lane Condos, off Schoolhouse Lane. PhillyU’s Ravenhill campus is right across the street, and Wissahickon trails pick up down the hill.  A nice little spot, perfect for us.

Do we count as property owners, I wonder? Where, exactly, is the line between “neighbor” and “squatter” in East Falls?

We don’t usually print straight-up editorial pieces (we favor “editorial posts” with links and/or images that can inform or enlighten our readers). We’re sharing Scott’s emails because they shed light, we feel, on the 800 lb gorilla at the heart of the McMichael debate:  there’s a hell of a lot of entitlement in East Falls, people. And shocking distrust of fellow neighbors.

Maybe it’s time we called each other out on it? Get it out of our system? Cause at the end of this month, tempers will need to be checked or all Hell’s gonna break loose at the Open Forum on McMichael’s playground. Last time the community discussed this topic, there was such angry backlash many from the original effort have told us they’re “still a little scarred.”

Not this time, ok? Let’s have a real conversation, and listen to each other with open minds and trust that, chances are, your neighbors are good people trying to help the community. Camera’s will be rolling, Curtis Jones and the Commissioner from Phila Parks & Rec will be there.

Hopefully, we’ll all present well, and give local leadership a lot to think about when considering support for the proposed natural play space.

PS/FYI:  Scott Cameron is a neat dude — a “Luminist” painter, who shows a lot of work in New England art galleries, and was featured in June 2006’s American Art Collector. He also apparently has some city planning experience too, and no doubt could add a lot to local conversations on growth and development. Too bad he’s not interested in persuading us, or sharing what he knows.

Today’s audiences seek open conversation. We want to engage and collaborate. Challenging someone’s viewpoints isn’t an act of war — it’s an opportunity to rethink our positions, and learn together. Here’s hoping Scott comes around to appreciating not just his neighborhood, but his neighbors.

(Even the ones who openly criticize him online — we snark cause we love!)

WARNING!  Sometimes after considering all sides of a situation, you find that  you’re on the wrong side, or that some of the people on your side are idiots or maniacs or both. RELAX! Being a yucky neighbor is totally reversible. Changing your mind is not a sign of weakness, but growth. So is trust.  We’ll soon have a chance to demonstrate this really is a New East Falls.

Hopping on board a local, sustainable pet treat business [more…]

11/26 Aggravated Assault 33XX Midvale Ave. 8PM Complainant states that her boyfriend threw bleach in her face. She was transported to Roxborough Hospital by Medic 10. 11/23 Theft 3300 Henry Ave. 3PM Complainant had his [more…]