Local coffee roaster brings next day delivery to NW Philly. Who are these guys and what do they know about coffee?

Not many coffee companies can say they have a Coffee Grader licensed by the Intercontinental Exchange, but Bean2Bean was founded by one, Obel Hernandez Sr., in 2013. Obel is one of only about 40 designated tasters – kind of a sommelier for coffee – in the world, and the array of single and multi-origin coffees offered by Bean2Bean testifies to his years of globetrotting in search of new beans.

Of course, much of that travel was profoundly changed by COVID, as were the operations of the B2B team in Port Richmond. When the March shutdown hit, the “old grind” of wholesale distribution, beer collaborations, and community events went out the window. Within a few days the new grind was beginning to take shape and, with it, a world of new coffee possibilities for team B2B.

Next-day delivery, like most of B2B’s innovations, was made out of necessity when the first wave of COVID hit. “We were literally removing our coffee equipment from the Bellevue building in March,” said Jonathan Pastore, Director of Operations. “The health department was there, clearing all the businesses out. They were literally shutting the lights off in the middle of the day and telling people they needed to leave and that any equipment left behind would be locked up for six months.”

In a massive understatement, he called it “a weird time.” And one that left the executive team stunned when they met the next morning. “Everything was so quiet,” said Jonathan. “No phone calls, no texts — we just didn’t know what to do.” The one thing they knew for sure though was that their old business model was dead.

Obel Hernandez Jr., (one of Obel Sr.s’ two sons in the family business) summed up the situation. “A day before we had a network of wholesale distributors across the city (mostly restaurants and cafes), which was about 95% of our business, pre COVID. Partnerships we’d built for years in some cases. And now they were closing down for months – nobody knew for sure how long it would be or if they’d make it through.”

The turnaround began with a simple message, according to Jonathan. “Let’s just get the word out we’re still here, that we didn’t go out of business — and if you order coffee from us, we’ll bring it to you tomorrow. We ramped up our online presence, started delivering in Port Richmond, and now it’s expanded all over Philadelphia.”

The new revenue stream kept them alive and even led to expansion, but it also presented opportunities to partner with other businesses that were struggling. “We realized that everybody’s hurting,” said Jonathan, “and we thought we could help because our home delivery business was really starting to take off.”

Their first partnership was with WinWin Café, a small coffee shop on Spring Garden Street. “They didn’t have much outdoor seating at all,” said Jonathan, “and the shutdown was really making it difficult for them. In fact they’d closed down and were trying to work with their landlord to find a less expensive place.”

B2B suggested a co-branded bag of coffee, its first, and offered to help sell it for home delivery on their online platform. As part of the arrangement, they also included a nonprofit called PowerCorps Philadelphia that provides paid work and skills training for disconnected youth and returning citizens. The arrangement has had multiple benefits. “It’s helping WinWin, it’s helping teach valuable skills to young people and former prisoners, and it’s helping us in terms of sales and reputation. The message out there is we’re a roaster in Philly that’s willing to collaborate and share with other businesses.”

B2B’s pivot to a direct sales model has also amped up their creativity with the roasts they offer. For Obel Jr. it’s a great way to find unusual products that resonate with customers. Their “Batch 88” bourbon barrel-aged coffee is one example. “We’ve taken a single-origin coffee from Brazil and put it in Kentucky bourbon barrels to age it for about six months.” They had a chance to do their first cupping (i.e. tasting) of it last month. “There was a very complex aroma of vanilla, brown sugar, spice, and smoke. We’re really happy with the results.”

As B2B’s brand manager, Obel’s also excited by the bag design for the new roast — “it’s going to be beautiful.” Other local collaborations in the works include one with with Lokal Artisan Foods (a French Toast coffee) and another with Ilegal Mezcal (a mezcal barrel-aged roast). Keep an eye out for the new additions at bean2bean.com.

Some of these ideas require Obel to do some “pitching” to his father, a 30+ year veteran of the coffee trade, whose got some strong ideas about beans and roasting. But the beauty of working closely with his family (and team) is that knowledge can be a two-way street — sometimes. “Cold brew and flash freezing weren’t around 30 years ago. But we’re able to share those new developments with him and he’ll listen, even if he doesn’t like it.” 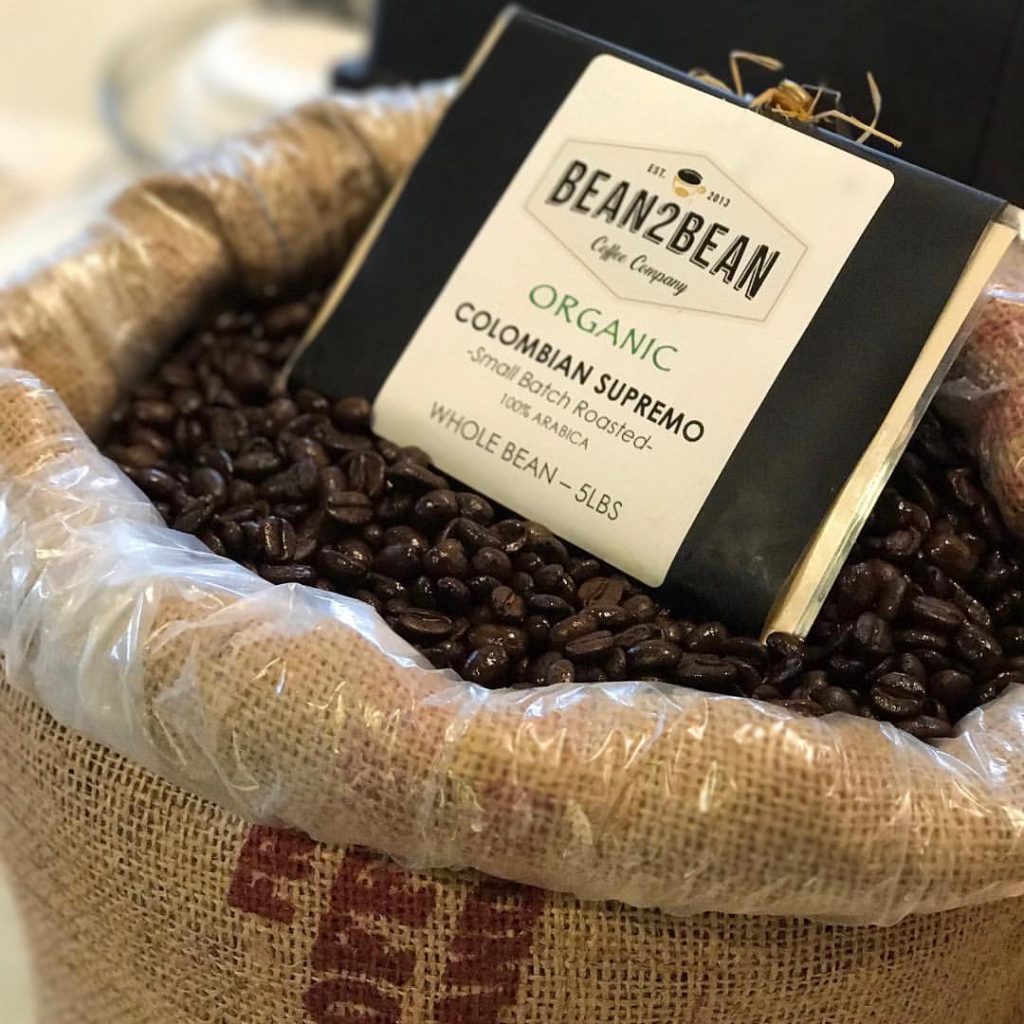 It wasn’t always that way. “He’s been teaching us for years about tasting,” said Jonathan. “Whether it’s the soil, the altitude, the country or the year a bean was picked — it’s quite an education.” But in recent years, as Jonathan and Obel Jr. have developed their tasting skills, they’ve noticed Sr. is more receptive. “A few years ago, if we suggested bourbon and coffee, he’d have said you guys are ruining it, you’re wasting all of our money.” But now? “Well, he’s still not fully on board, but he will say I’m curious to see what you guys do with this.”

One of the ideas that Obel Sr. is definitely on board with? A 2021 virtual cupping series in which he’ll share his knowledge with customers through virtual classes. “We’ll send out packages of coffee, cupping spoons, and a cupping bowl to people who sign up, and they can follow along as he shows them how he goes about tasting and rating coffee,” said Obel Jr. 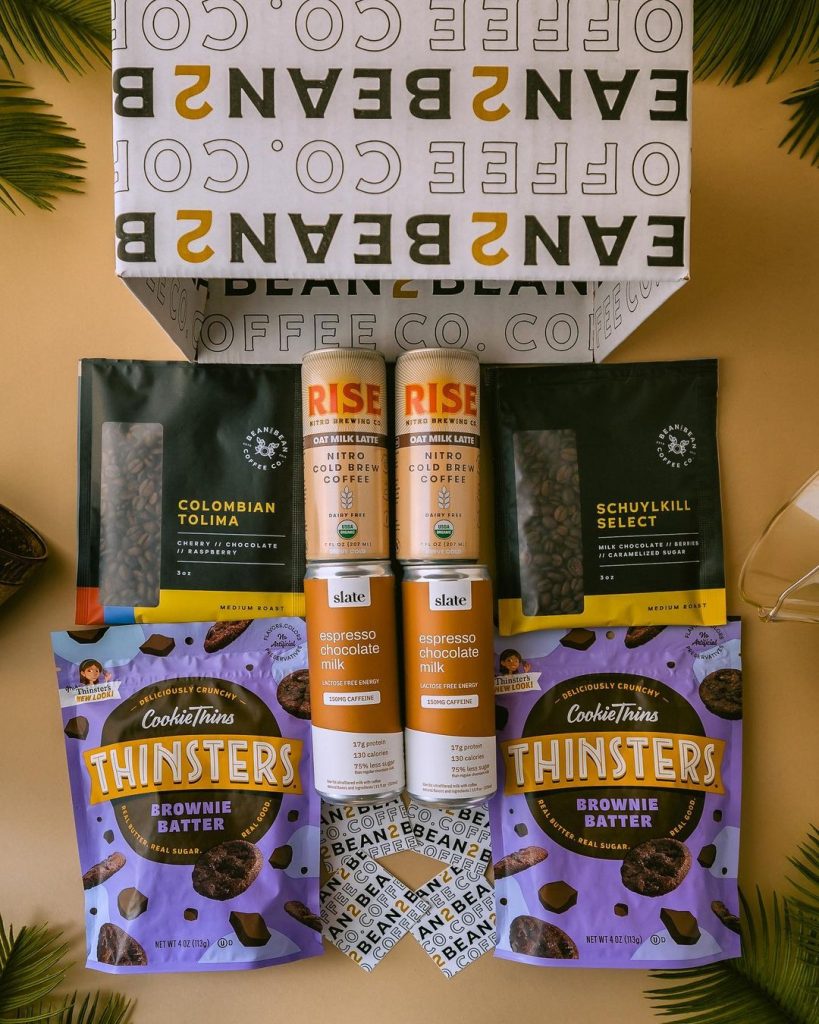 Don’t worry about getting overloaded with info. “He speaks like a regular person,” said Jonathan. “He doesn’t throw 30 years of coffee knowledge at you in 30 minutes. He’ll be real about things and keep it simple. It’s like you’re learning something from a regular guy, not a professor.”

Luckily for us at The Local, we’ll get a sneak peek at Obel’s process when we sit down with him for a Zoom interview. As coffee novices, we’ll do our best to keep up. Stay tuned for that video soon and meanwhile check out our interview clips here for a closer look at this buzzing local enterprise.

Need Beans in a Hurry? Next Day Delivery Is Here
Visit bean2bean.com for your next day needs:

Neighborhood fixture Epicure Café closes up shop (sniff). Every morning since I moved here in 2010, we started our day with a cup of java from Epicure Cafe. That tradition comes to a screeching halt [more…]