As 2021 wrapped up, one thing was on our minds, and in our hearts: our communities who are hurting, and who need solutions now. We’ve faced down pushback against badly-needed reforms and emergency aid. We’re calling out legislatures in Harrisburg who are refusing to release public money while people are dying. We stand with our representatives in city government who are fighting for fairness and accountability in our justice system.

These last two interviews drive home the prevalence of violence in our most vulnerable communities, and the responsibility we all have to better look after each other. Both conversations have only just started – my microphone is always on. Care to comment? Right here: @pqradio1.comlive

Tell Them to Bring Us Our Money

I was honored to stand with Sen Vincent Hughes to fight to Free the Funds! The PA Commission on Crime & Delinquency just announced the award of $15.7m in violence prevention grants across PA. Another $8m is coming – but much more aid is needed. The money is there!

Senator Vincent Hughes explains this new funding in a recent PQRadio1 interview, and tells us what we need to know to get this money to the neighborhoods that need it most. 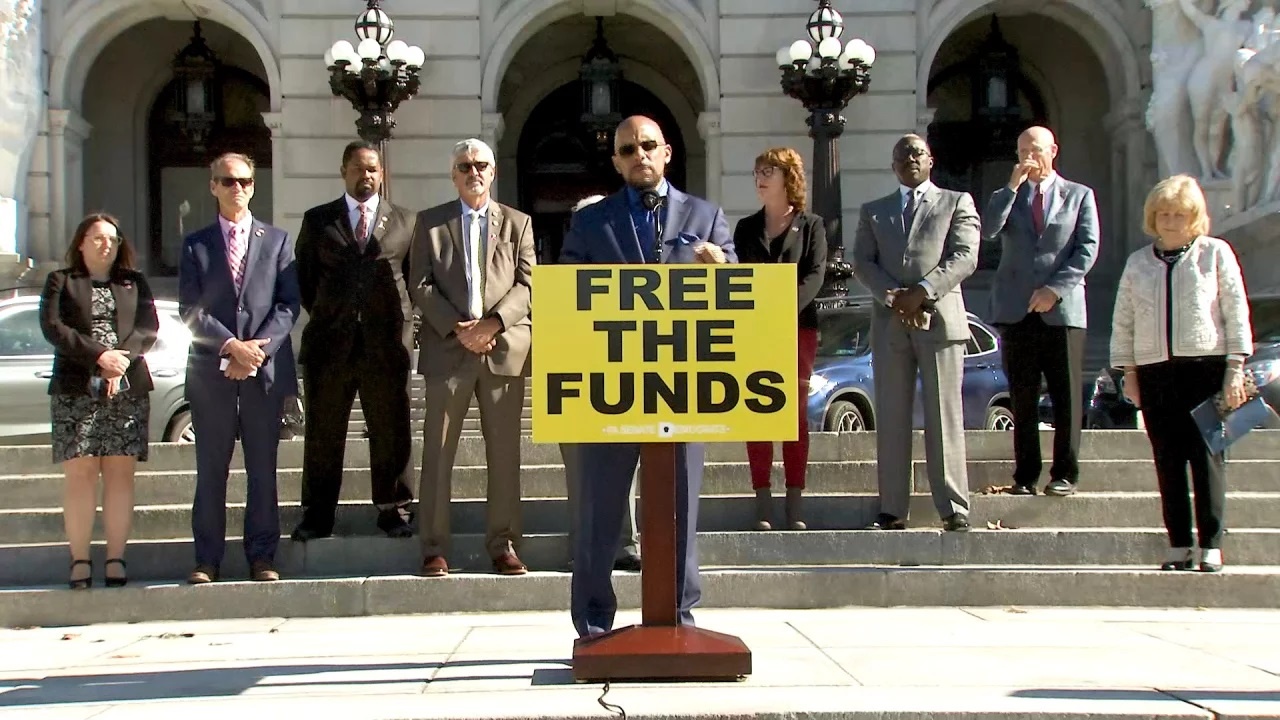 It’s very simple: speak up! We got a historic, first-time funding of $30 million to go to neighborhood-based violence prevention organizations all across the state of Pennsylvania. But there were $170 million in applications, which means there’s a bigger need than we were prepared to meet. We gotta fill that gap. And we can, with funds that we already have.

We’re in West Philadelphia, in front of the Morse Funeral Home, because too many times, on too many occasions, in too many situations, this funeral home and others like it, all around the state are being utilized as a result of needless violence going on in their respective communities.

Now, let’s be clear. This is a state-wide problem, gun violence is not just an issue in Philadelphia. Shootings have gone up 90% in Pittsburgh. Harrisburg’s homicide rate is is now higher than Philadelphia or Chicago, they’re having its deadliest year in three decades. In fact, almost every county in Pennsylvania has had an increase, especially the rural counties we don’t normally talk about.

The state is sitting on almost $7 billion dollars of unspent American Rescue Plan money and other surplus. All we’re asking for right now is to fill that gap, to make up that $140 million difference in what’s been allocated, and what the need is. Let’s invest in the organizations that are on the frontline, that are out on the blocks, that are in the communities. Give them the resources necessary to meet our young people where they are, and help get them on a healthier, more hopeful path.

And then let’s talk about going forward $150 million every year permanently, for sustainable solutions to the issues behind the increasing violence.

Going forward is the answer. Only if we raise our voices and make an unequivocal demand will we get a response. Together we can make a public case for the resources we need and deserve to be safe! Spread the word, and #FreeTheFunds

Well here we go. I’ve made it back to some neighborhood opp’s hate list. You know people who say the are about community, but only use their platform to tear people down?! But y’all know I’m God’s Beloved so I stand strong. If I support you, I support you! I’ll never crumble under public opinion.

I spoke to DA Krasner about alarming trends in gun violence against women, and here’s what he had to say. 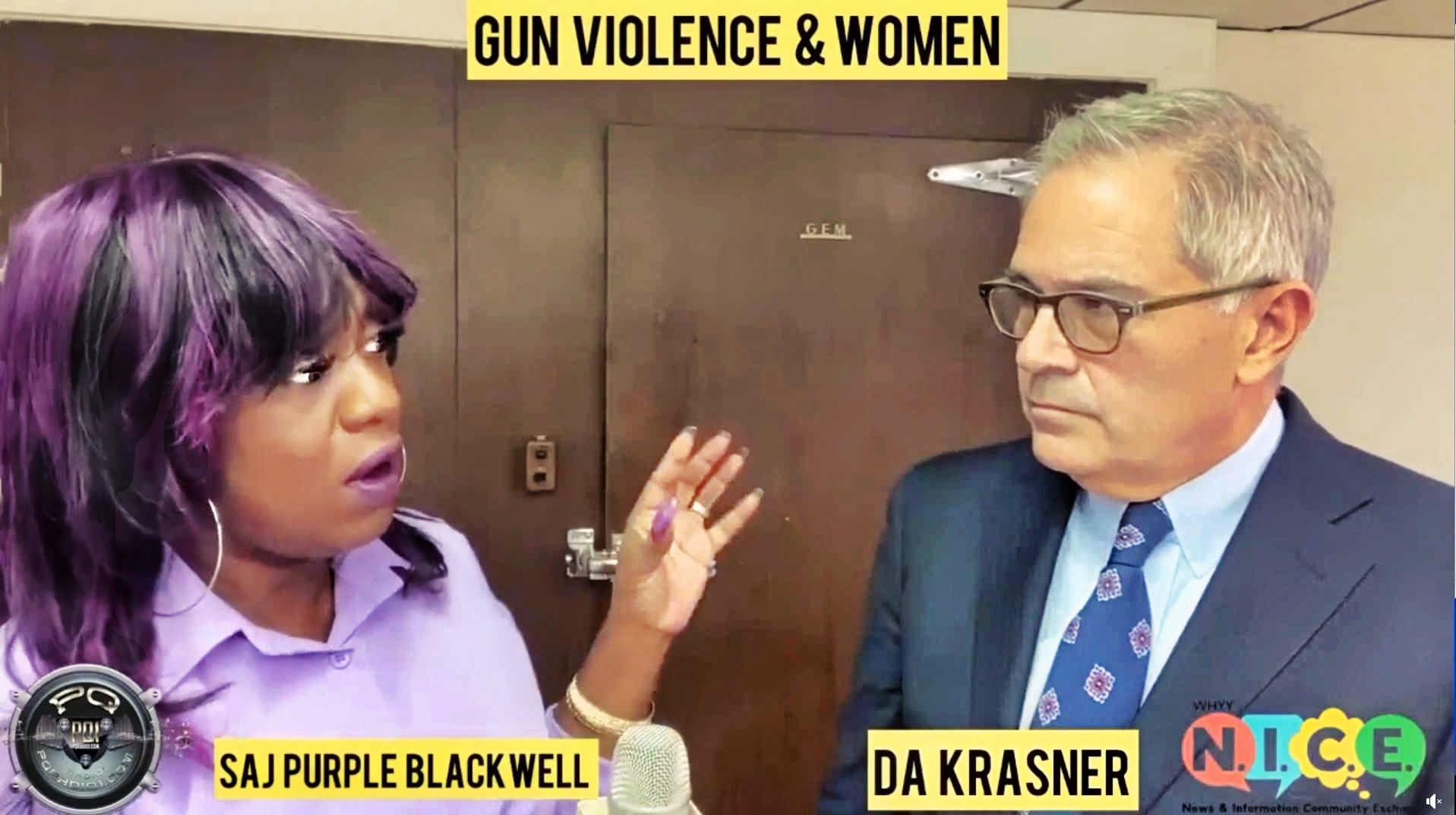 More than 60 women have been murdered this year, breaking last year’s record of 49, which itself broke a record – and so did 2019. Since then, 1 in every 12 shootings involves a female victim. Can you speak to this?

It’s just heartbreaking when we don’t just see an increase in homicides, we are seeing an increase in violence against women and also children as well, people who are less than 18 years of age. It’s horrible.

But beyond that, all that I can say is we have to spend all of our time concentrating on these victims, focusing on their families, trying to do everything we can to make sure that there are not more victims, because this is completely unacceptable.

Thank you for making the point earlier that violence overall is actually at a flatline, it’s only gun violence that is increasing at such a ridiculous rate. What do you say to community members who want to help?

Yes, violent crime tends to stay at a steady level over time. Of course it goes up & down a bit, but nothing like what we’re seeing now with shootings, where recent numbers have been going through the roof. What can we do? That’s a real challenge that we all face. Because neighbors can help.

You can step up, be the eyes and ears on the street. Keep track of what’s going on, contact police before someone gets hurt. When something does happen, and officers knock on your door looking for information about another young person killed on the corner. Answer their questions. Say what you know. Understand that my office and the police will do everything we possibly can to protect you.

If we are able to successfully prosecute people who have committed these crimes, that’s a positive thing. Everyone can be safer. People who shoot other people have a price to pay. And we need to work together to put an end to this senseless violence.

The other thing we can do is prevention. People in communities can lift up young people. This has been going on for a very long time in Philadelphia, people volunteering their time at recreation centers, or taking kids under their wing when a parent is incarcerated or when a parent is suffering from drugs or mental health issues. Things like that.

We really need to do what we can within our own communities to look out for young people so they have hope. Because when you have hope and can see a future, you don’t really need a gun. These individuals need better things to do with their lives.

Well, I think that DA Krasner will agree with me when I say If you see something, say something. And if you can lend a hand, do. Contact the Blackwell Cultural Alliance for information on local food and resource distributions including community news and information! We keep it N.I.C.E., baby. #love #vibe #reform 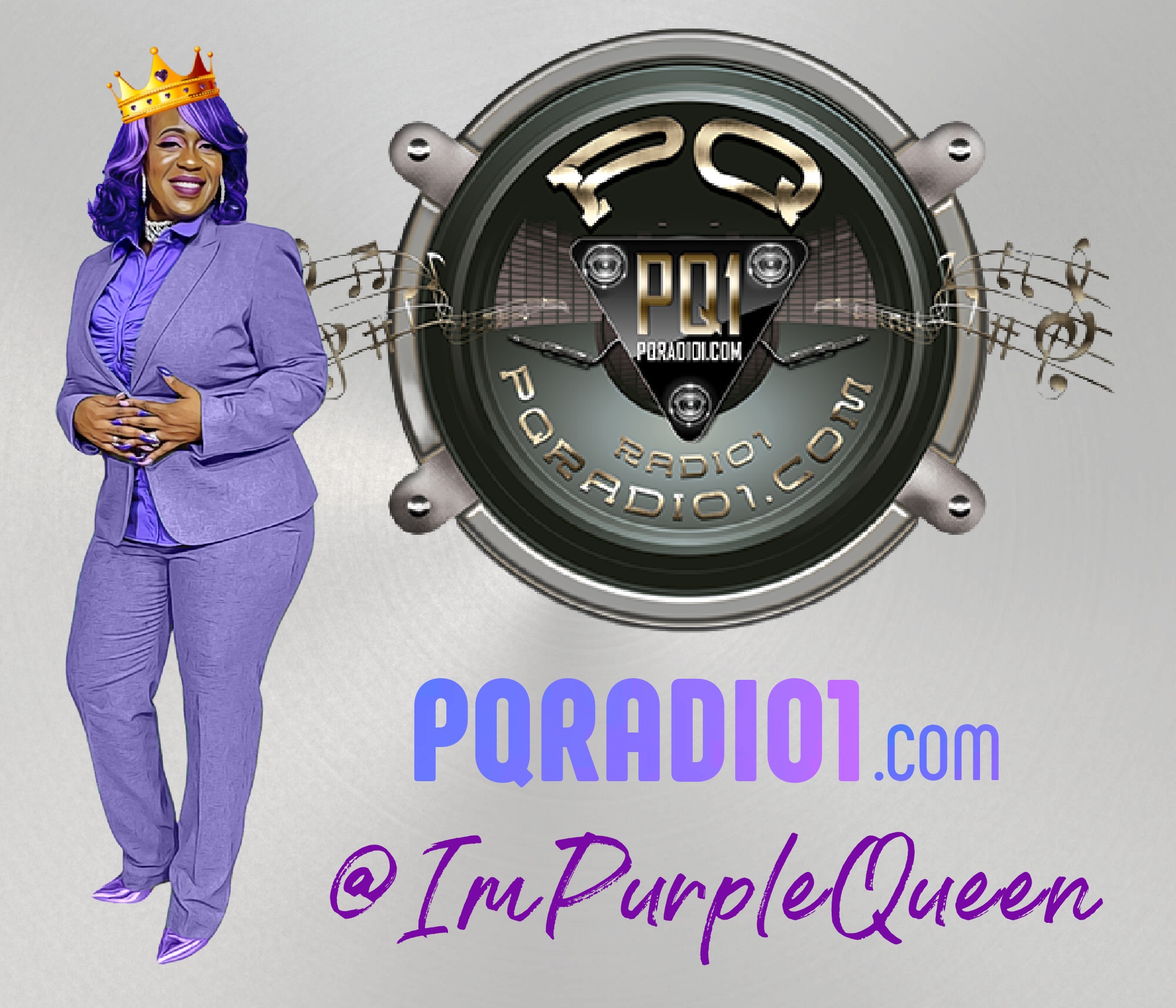 Online radio for the people, by the people. Where Top 40 and Underground R&B/Hip Hop come together with politics and empowerment. On the air all day, every day. @ImPurpleQueen is a partner in WHYY’s News & Information Community Exchange (N.I.C.E.) through which this feature is possible. This article has been edited for brevity/clarity, please view Purple’s interviews for the full story. Read Purple’s last article for the Local here.

About Sajda "Purple" Blackwell 6 Articles
Sajda “Purple” Blackwell is a local personality, community activist, and owner/founder of PQRADIO1.COM, one of the most popular internet radio stations in the Delaware Valley (and a WHYY/N.I.C.E. partner). Her unique interview style has endeared her to many prominent Philadelphians, including the Mayor, who regularly makes time to chat.
Website

Seniors look back on a difficult year, and hope for the new one [more…]

That time PBS came out to do a show on us. [more…]

Leaning into crisis for answers and solutions.  [more…]