Tired of ‘Too Big to Care’ banks with their excessive fees and risky investment strategies? Public banks could be a local solution 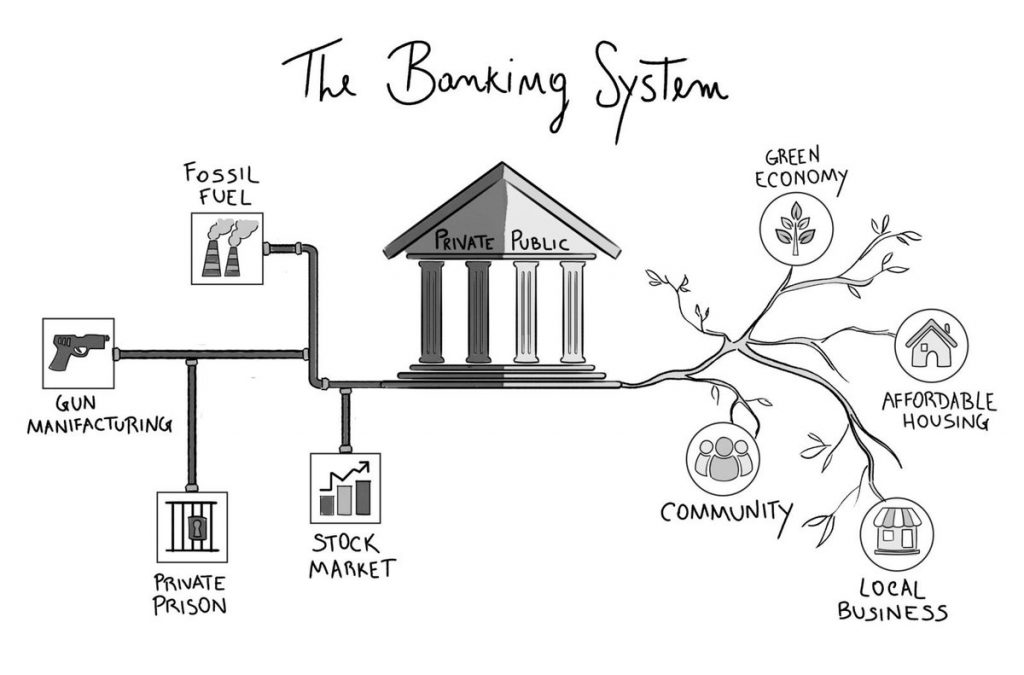 From New Jersey to California, the movement to establish public banks is gaining support from legislators, including our own City Council, but that does not mean that Wall Street’s bankers are excited about it.

The buzz about the potential for a public bank in Philadelphia has grown loud and persistent enough that the first private banker has come out against it. The arguments put up by Rob Nichols, CEO of the American Bankers Association, are what one would expect: that there were public bank failures in the past; that community banks would be put out of business, that political corruption would be inevitable.

Yet these arguments just don’t hold up against the weight of the evidence. The model we have to build on is the 100 year-old Bank of North Dakota, an extraordinarily successful public institution. As a bankers’ bank, it does not compete with community banks. Rather, it actively supports them with loans, and the result is more community banks per capita in North Dakota than in any other state.

Nichols’ argument that there were public bank failures in the 19th century hardly seems relevant, given what has happened in the private sector recently.

Almost 300 private banks failed in 2009-2010 alone, costing the FDIC billions of (public) dollars. Others, “too big to fail”, were bailed out by the government with additional billions of (public) dollars. It is worth noting that North Dakota, the only state with a public bank, was also the only state to come through the “Great Recession” unscathed. Not only did it not fail – it thrived!

Of course, a public bank would require a built-in firewall, so that politicians couldn’t dip their fingers in the public till. Again, the Bank of North Dakota, run as an independent entity by bankers, proves that it can be done. The bank has been run without scandal for 100 years. Not only that, it has consistently made a profit and paid dividends of over $1 billion – to the state – since 1945. Is anybody prepared to argue that the CEOs of the big for-profit banks would be better custodians of our money, keep it safer, and put it to better use for the good of the city?

Let’s talk about a bank that holds only public money, such as that derived from taxes, fees and grants. Interest and dividends go right back to the City Treasury, not to outside speculators. There would be no high-speed trading, no sliced-and-diced derivatives, and no bonuses or other incentives to lure its administrators (accountable public employees, not high-flying CEOs) into risky or fraudulent activities.

A public bank would be restricted to the kind of lending we all need – investing in our schools, libraries, parks, health centers, services and infrastructure. The only difference would be that the interest, which, with private financing, often eats up half or more of the total, would come back to our own bank to be lent out again.

With the leadership of Councilman-at-Large Derek Green, the city has engaged consultants to lay out the process by which Philadelphia can start its own public bank. A report is expected soon and there is hope that it will capture the attention of the other members of City Council as well as the engagement of our citizens. Of course there are serious questions about how best to structure a public bank so that it will function in the public interest. Let’s start talking. Let’s dare to take responsibility for our common wealth.

About Pamela Haines 1 Article
Pamela is a member of Central Philadelphia Friends Meeting, and of Philadelphia Yearly Meeting of Friends, as well as the Philadelphia Public Banking Coalition.

Shelter from the Storm