Nefarious forces afoot in our economy and, indeed, our whole system of government. 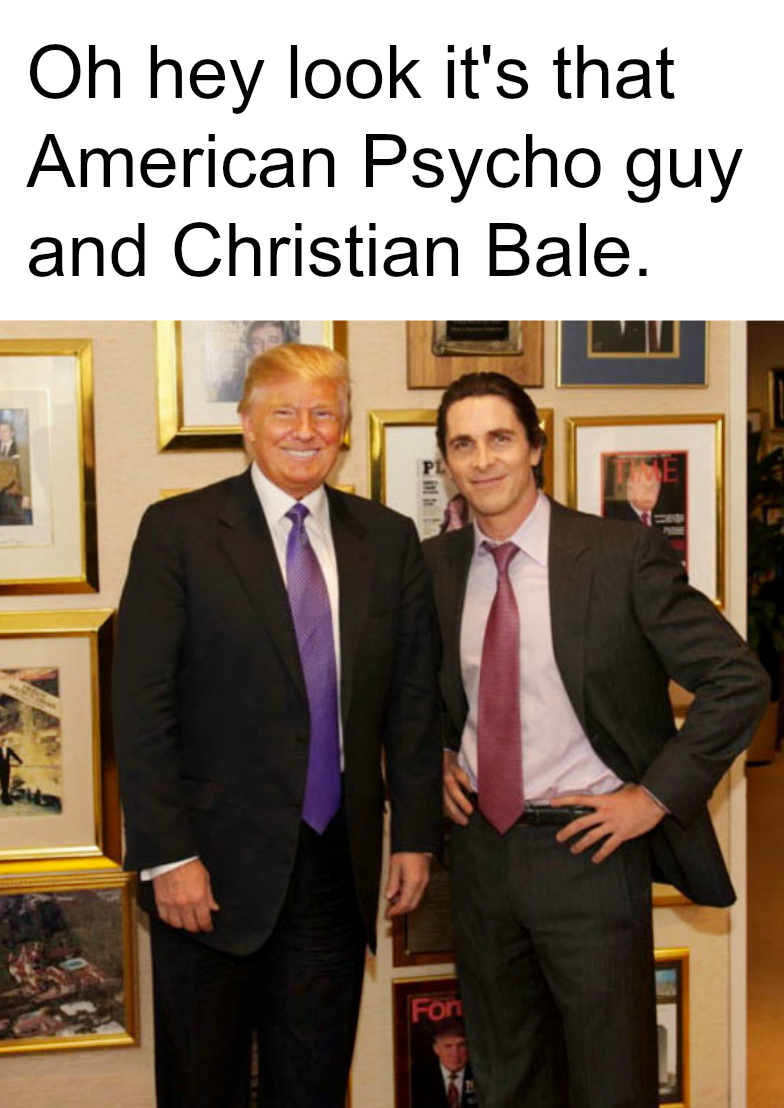 Attention: our society is being destroyed by a class of inbred, sociopathic elites.

I tried to tell y’all last month, but my editors censored me. Said I couldn’t just throw these words around without making a case and showing evidence. You know I’m gonna bring it now.

First, I’ve already documented how our political system is corrupt.  A tiny sliver of our wealthiest citizens control legislation through lobbyists who “donate” to politicians who vote for their financier’s special interests, not ours. Let’s recap: our opinions are “statistically insignificant” when it comes to influencing Federal laws and policies. But when the top 1% income earners want something, from Uncle Sam, they get it 61% of the time.

And if they don’t want something – like public healthcare or gun control – then it doesn’t happen 100% of the time. Because politicians are the lapdogs of these toxic, mega-rich psychos who don’t care about anything but power and money. They have so much of each they don’t know what to do with themselves.  So they play with our lives, trying to see how much shit they can make us eat, just for fun.

Think I’m kidding? As a behavior health specialist, I don’t throw a term like “psychopath” around lightly but study after study confirms what many of us suspect already: that those slimeballs heading giant corporations would make excellent serial killers, should they ever want to diversify. The Journal of Psychology, Crime and Law tested 39 chief corporate officers and compared the results to identical tests of patients in a hospital for the criminally insane. Both groups scored off the charts for psychopathy. 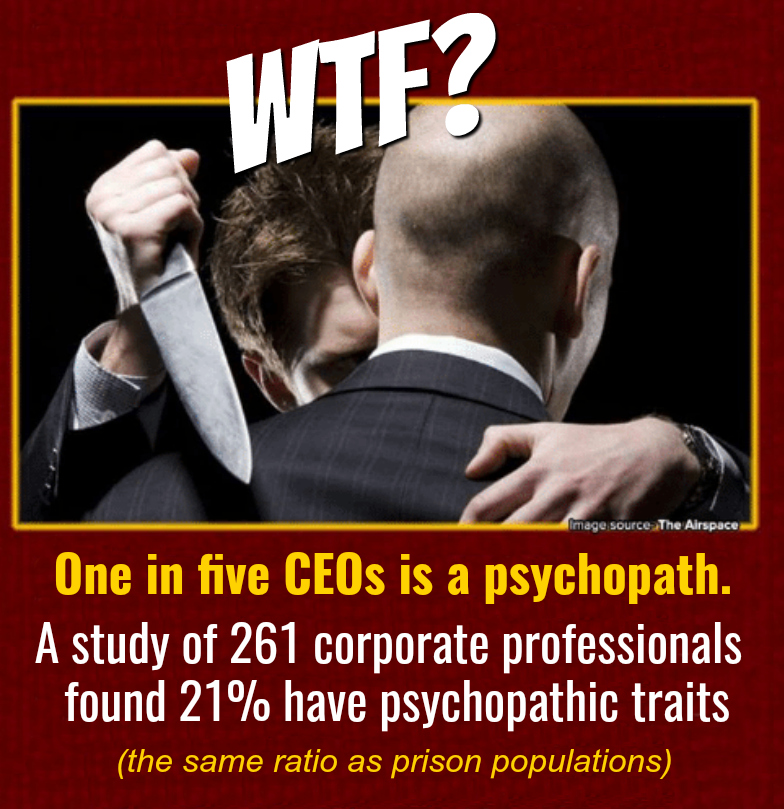 Don’t be so surprised. The qualities that make a good psychopath tend to get you far in corporate circles: ego, glibness, entitlement, risk-taking, a readiness to exploit weakness, a lack of empathy for others, no remorse for causing harm. Seems poor sociopaths go to jail and rich ones to Ivy League college.

And the really rich ones wind up in Washington, where they use our government for pissing wars with other oligarchs over money they have no practical use for.  It’s all about “winning” over the next guy. Our lives might as well be ticks on a scorecard.

ANSWER:  Trick question – incomes in the bottom fifth of society went down by 4%.

These One Percenters literally have more than $4.7 TRILLION dollars in cash idling in bank accounts, earning next to nothing, contributing zero to our economy. They. Don’t. Care. About. Us.

Salaries for the country’s top CEOS increased 1,070 percent in the last 20 years – America’s CEO’s typically make 300 – 700 times what the average employee in their company earns. You think they’re worth that? Bullshit. When researchers check the long-term track records of financial sector A-listers, there’s zero consistency – it’s all luck. A chimpanzee flipping a coin would’ve produced the same results, the math doesn’t lie.

But chief executives do. And they will cheat, steal and manipulate, and not bat an eye when their bonus bankrupts a company or the retirement funds of countless loyal employees. Because they’re predators! They’re addicted to greed and divorced from reality as we know it. Their affluence allows them to kill without getting their hands bloody.

The coalitions of the super rich – corporations, financial entities, political machines, etc – are like components of a big game they’re all playing: see who can turn the world’s resources into the most cash in their pocket. They’ll destroy the planet and work us all to death in the process. You think your vote matters, when our lives do not?

Wake up! We need to take every opportunity to fight corruption when we see it. To speak out against abuses, to refuse to accept less than what we all deserve as human beings: dignity, agency and purpose. This election year, remember our two party system represents a privileged and mentally ill minority who have us fighting like crabs in a barrel while they sit back counting their money.

Doesn’t have to be like this! We’re a powerful force when we all stand together. Love each other, in spite of them. Don’t fall for their hate and fear. Don’t swallow their boasts and lies. We don’t need them – they need us: our work, our commerce, our taxes, our art and our science. Dare to build community, transparency and democracy right here in our City, in our neighborhoods. Whatever happens in November, the resistance has only begun.

Originally I had used the term “inbred” metaphorically to reflect how the world’s richest class travels in an exclusive bubble with the same names and faces for generations. Researching this piece, though,  I learned the top 1% are four times as likely to be sociopaths than the average person you meet on the street. This shit is hereditary, folks. Rich people been fucking their cousins for years — even marrying their grandkids to each other rather than split up family inheritances. Did I tell you these were sick people, or what?!

Connect with Dr. Woodson on Facebook or email him at drwoodson@nwlocalpaper.com.

Tuomi’s Time Machine: Standing Up to the System