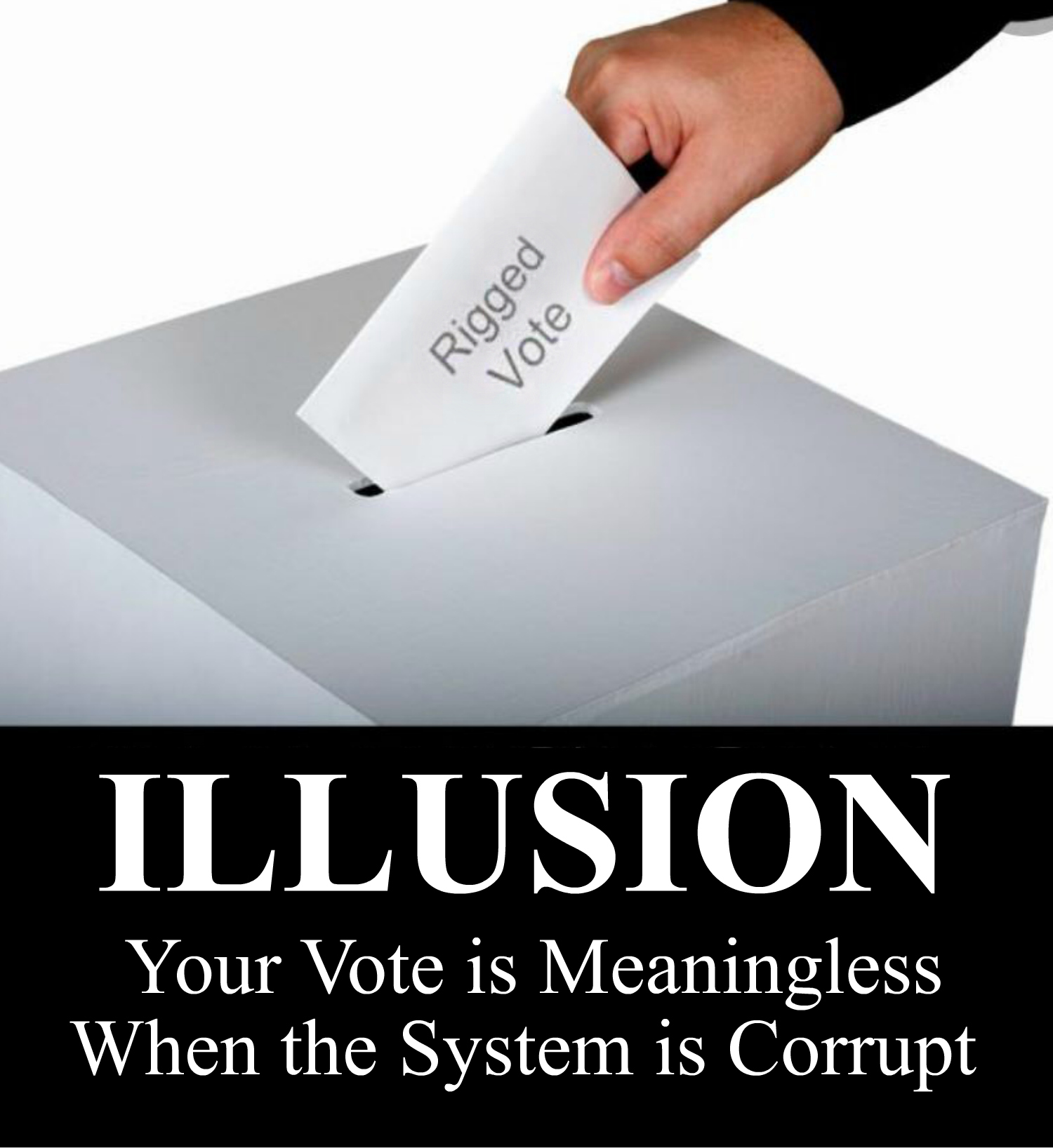 Why we don’t matter and how it’s gotta change.

Here’s a shocker: the system is broken. Just about the one issue we can all agree on, from the Trumpsters to the treehuggers. Liberals, moderates, conservatives… whoever you ask, whatever issues concern us: politicians are probably making it worse.

They don’t care what we think – it’s a mathematical fact! Opinion polls prove, there’s a 30% chance Congress will pass a bill if the American people support it, and also a 30% chance it will pass if they don’t. Princeton University found voter preference has almost no impact on public policy. Zero. The actual term used in their study’s conclusion was “statistically non-significant.” Let that sink in.

Now hold onto your hat cause there’s a catch: this finding only applies to most of us, the 99.8% of American wage earners who donate less than $10,000 annually to political candidates. The other .2% are all billionaires and special interest groups, and they’ve got politicians right where they want them…

Election campaigns are ridiculously expensive. The typical politician needs to raise up to $45,000 a day – every day they are in office – to fund their next election. Up to 70% of Congress member’s time is spent hustling for donations. Think they waste their time on us nickel and dimers? Think those .2%-ers are statistically non-significant?

Get this: when the .2 % approves of legislation, 61% of the time a bill is passed. And their power to shut shit down is amazing. Princeton found that when this elite group of funders disapproves of a bill, there’s 0% chance Congress will support it. All that partisan posturing causing so-called “stalemates” on healthcare, immigration, gun control, tax reform, equal pay – you name it. All just a smoke screen for rich folks to shut down conversations they don’t care to have regardless of how citizens feel. 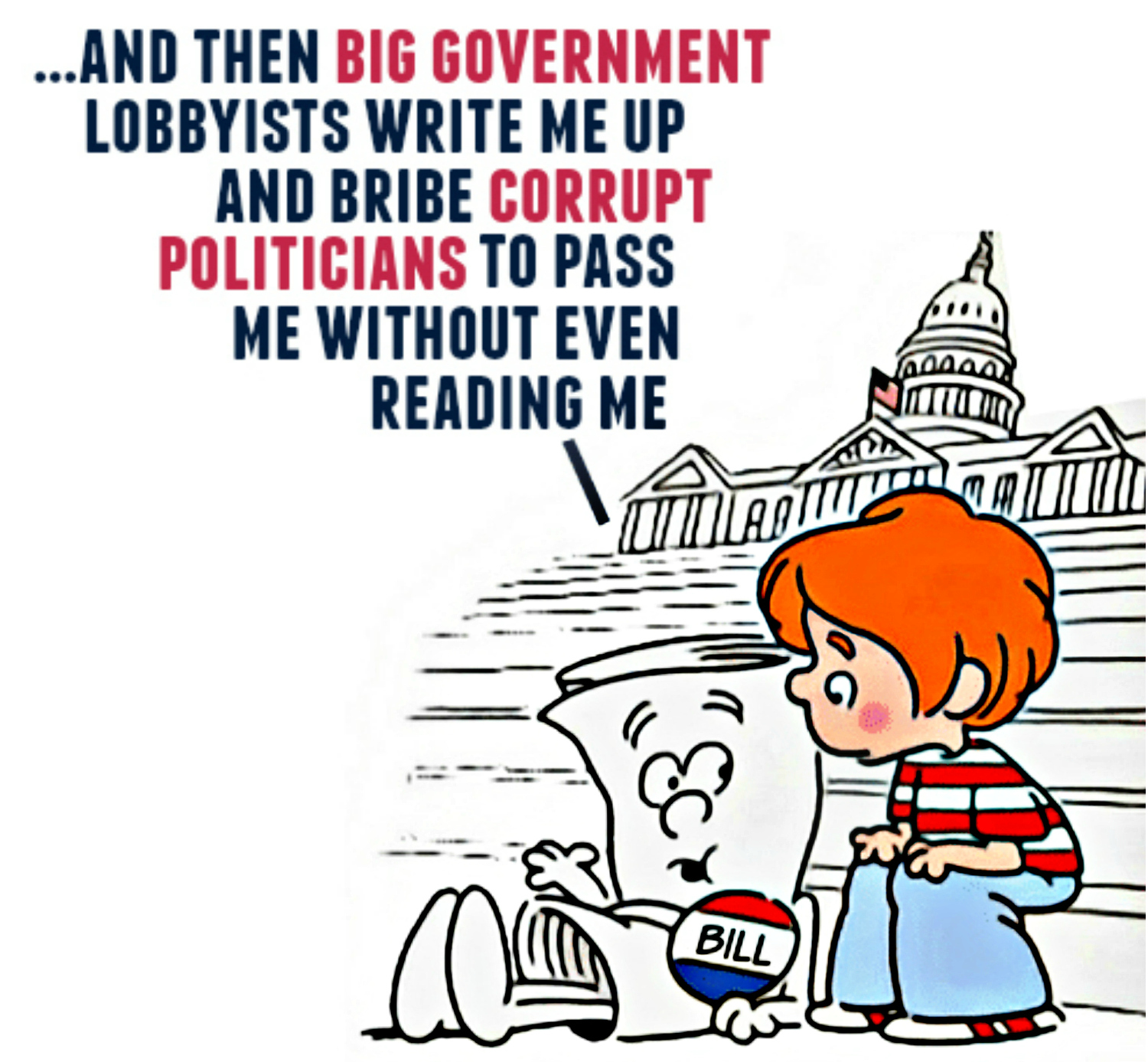 As a money-grubbing plan, it’s a jackpot. In the last five years alone, the 200 most politically-active US companies spent 5.8 billion dollars influencing our government, and received 4.4 TRILLION DOLLARS in taxpayer support. Trillion. Twelve zeros. Let that sink in.

Another catch: that’s just the top 200 companies. There are many other special interest groups, unions, trade associations, billionaires etc setting policies for us in Washington in exchange for favors and donations. And this is perfectly legal. Our government allows capitalist fat cats to buy political influence with no regard the rest of us.

What can we do? Vote them out?! Have you even been listening?

There’s only one way to get power back to the people, and that’s to fix the system. Pass anti-corruption measures like laws that stop political bribery and restore our broken elections. Demand automatic voter registration, ranked choice voting, campaign finance reforms and anti-gerrymandering ordinances! The vast majority of Americans support such legislation.

Politicians, though? Not so much. Go figure, the fox doesn’t care to upgrade hen house security. Ah but we can be foxy, too… When Washington turns its back on us, we can let ourselves in through a side door.

See, the Constitution gives States full authority over all elections, even Federal ones. So fixing the system in our own backyard, immediately fixes it in the Capitol. More importantly, state law is where every major advancement has started in our country.

Take voting – in 1890, only one state allowed women to cast ballots in elections (way to go, Wyoming). Over the next few decades, neighboring states realized the sky didn’t fall and followed suit. Public acceptance grew, more states let women on their voter roles until suddenly, boom: the 19th Amendment was ratified in 1920.

Legalizing interracial marriage took two centuries, but it followed the same course. So did marriage equality, a movement that snowballed from municipal “domestic partner” laws in the 1980’s. Medical marijuana hasn’t tipped yet, but seems to be moving in that direction. The important thing is, there’s a clear-cut path from public demand to Federal law, and it’s through our local government.

We can’t let political allegiances divide us. There is only one party right now, the Money Party! And every day they’re in power, we all lose. We don’t need to agree on what to do once the system is fixed – let’s work that out later, when we’ve replaced our representatives in Washington with politicians who actually serve us.

Whether you’re Democrat, Republican, a Third Party or an Independent: we all deserve leaders who authentically and effectively address our needs and concerns. This election, we can say NO to corruption in Councilmanic Districts, then rock the boat from there. The system may be broken, folks, but we’ve got the repair manual in our hands. We can do this.

2019 ELECTION DAY IS TUESDAY NOVEMBER 5th
Polls are open from 7am to 8pm
Locate your polling place here.

Information from the League of Women Voters on the controversial “Marsy’s Law” ballot question, plus details of a last-minute suit filed by the ACLU who says the amendment is unconstitutional.

Remember: voters have the most influence in local government — this election puts a lot of power in our hands. “Councilmanic Prerogative” is a thing in Philadelphia, and it’s crucial we demand fairness and transparency from our council members, who wield astounding power over the districts they serve.

2/27 Theft 5900 Wissahickon Ave. Complainant parked her white 2015 Range Rover to walk the trail. When she returned, she saw that her trunk window with an unknown object. Compl’s rear windows were also cracked. [more…]

Ready for Commerce on Conrad

Space available in the former Hohenadel office building — including a turn-key deli/market with many possibilities for success in our growing neighborhood. [more…]