Could it be? A real coffeeshop in East Falls? And on-street parking to go with it, yet?! A peek at the plan for Stanton & Ridge, plus stay tuned for photos of the 19th century pharmacy inside.

2016 UPDATE:  Unfortunately… these coffee bean dreams for Ridge Avenue never came to fruition and, in fact, the building’s owner may be getting a call from L&I soon, about those boarded-up windows… (a zoning no-no, we’ve been told).

BUT WAIT! The dream lives on, this time in The Little Red Cafe on Midvale…

If you’ve followed East Falls Local at all, you know we started it as a way to get a good cup of coffee in the Falls. Nothing against Dunkin Donuts or A Plus, but we’ve been hoping for something a little more…local…when it comes to coffee. Some ambiance and conversation wouldn’t hurt, either.

So we got pretty excited when we found out about a potential coffee shop at Stanton and Ridge Ave.

The building, once the site of Fiedler’s Pharmacy, dates back to at least 1910 but for the last 20 years has been vacant and boarded up.

We’d heard stories about the beautiful wooden cabinetry that lined the walls and a giant picture window, but never had a chance to see them for ourselves until property owner Mike Casolari met us on Monday night to give us a peek. 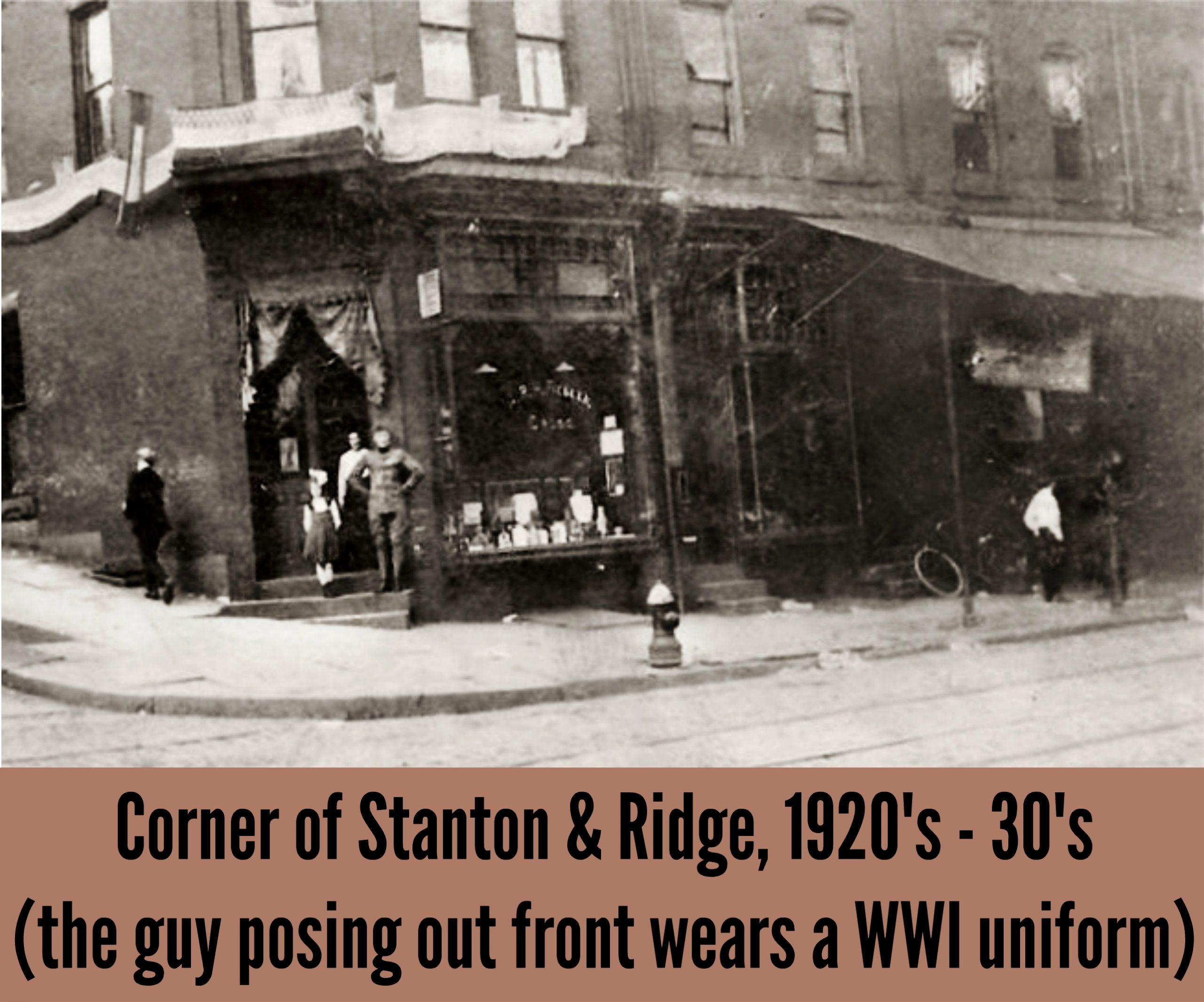 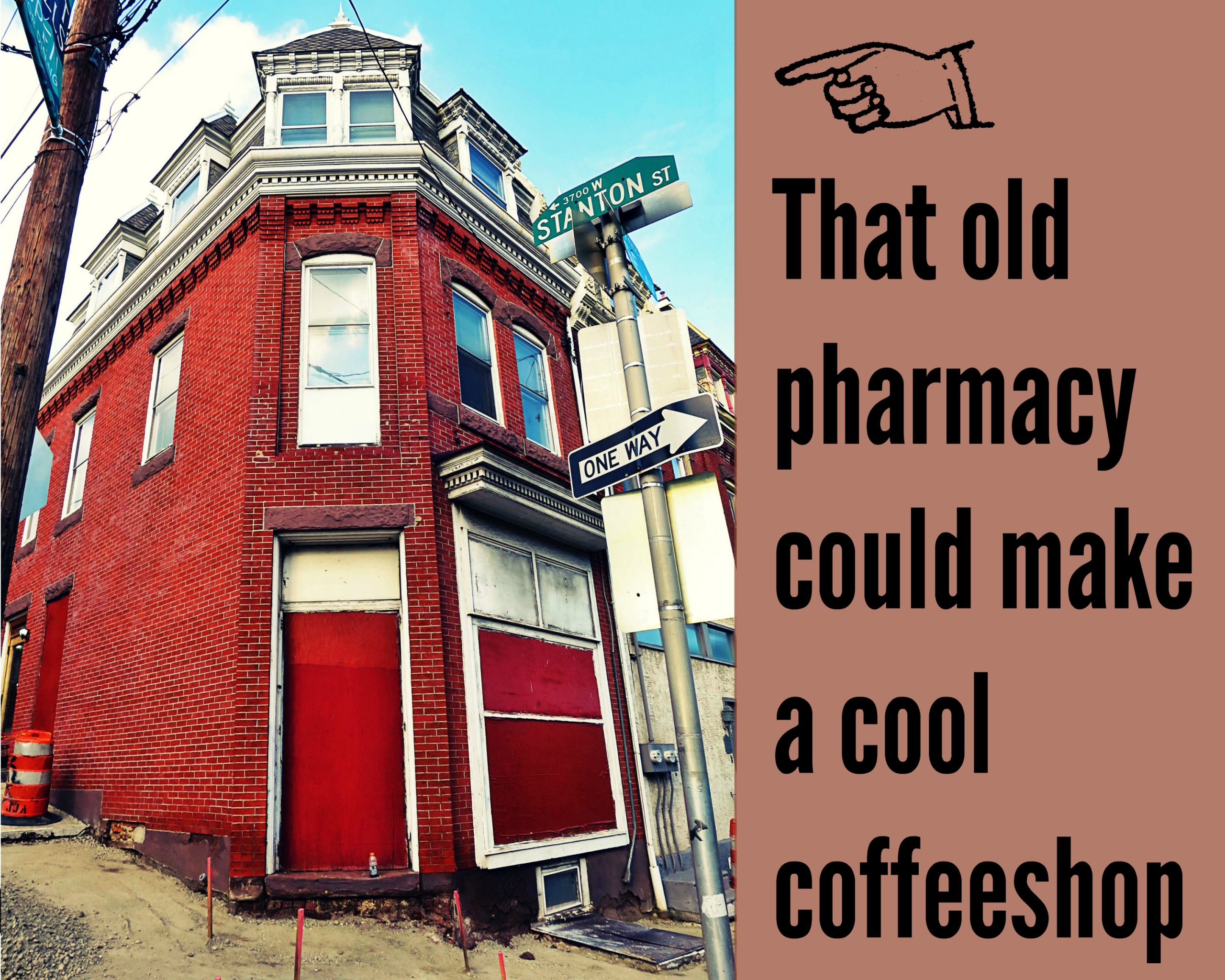 Mike was apologetic about the boarded windows and the cluttered space, but we could glimpse a bit of the rich wood casings and high ceilings as we peered into the darkness. It wasn’t much, but enough for us to imagine a funky retro coffee place someday. 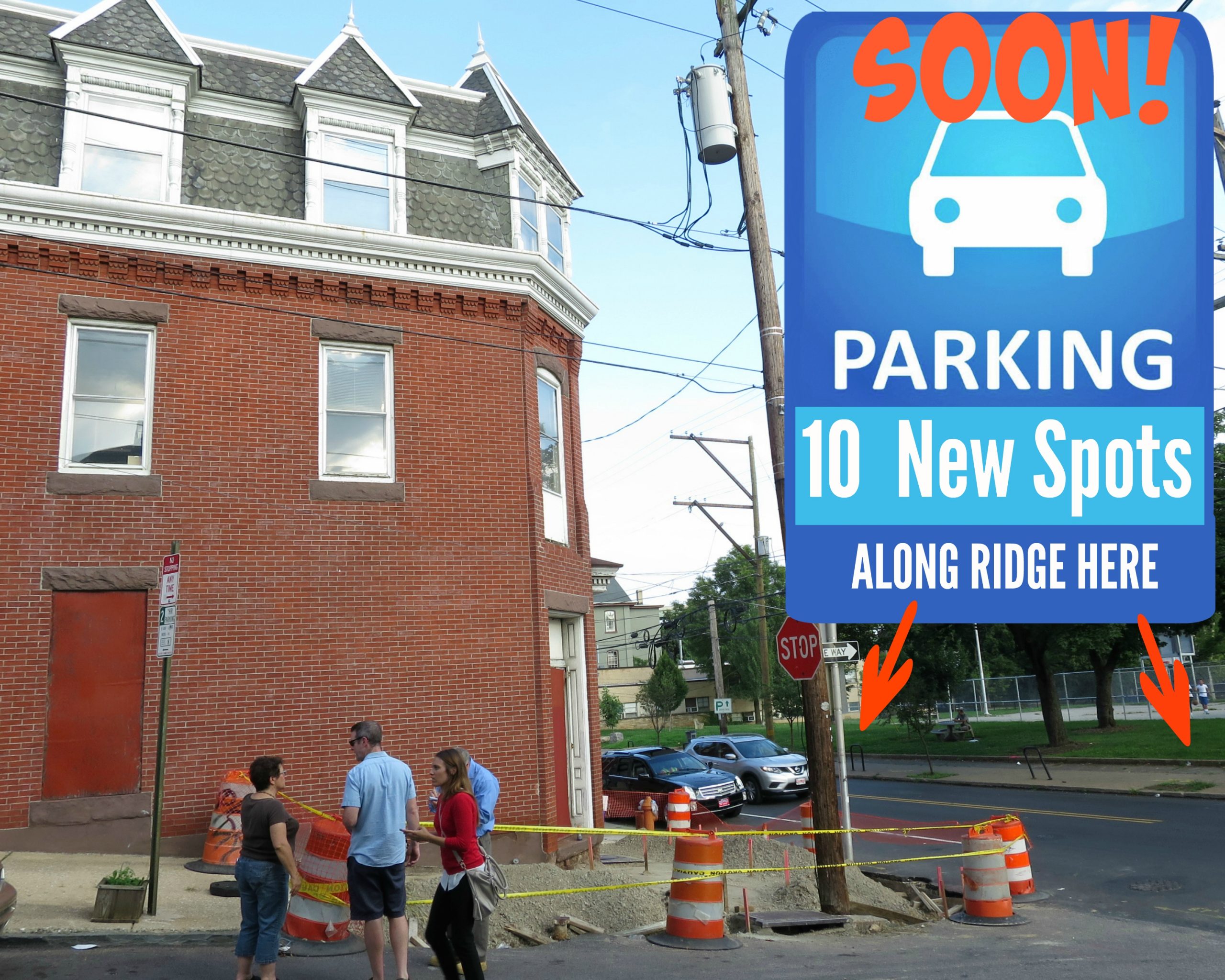 And that “someday” may be here sooner than we think. Gina Snyder of EFDC has already begun bidding out a project that will provide ten parking spaces directly across from the storefront along Inn Yard Park and Mike is motivated to get the place cleared out to return it to what he hoped it would be when he bought it — a coffee shop.

He’s been toying with the idea of a caffeinated neighborhood hub for almost 20 years (he bought the building when the Falls of Schuylkill projects were still standing) but his other business ventures in New York and California have kept him busy all these years.

So when Gina approached him last Spring about opening a coffee shop in the place, it was the right idea (of course) at the right time.

And the idea gets better–with some help from Jimmy Duran, a local coffee importer with family connections to plantations in the Dominican Republic, the shop could really kick plenty of our neighborhood mornings (and heart rates) into high gear. And some local baked goods wouldn’t hurt either. 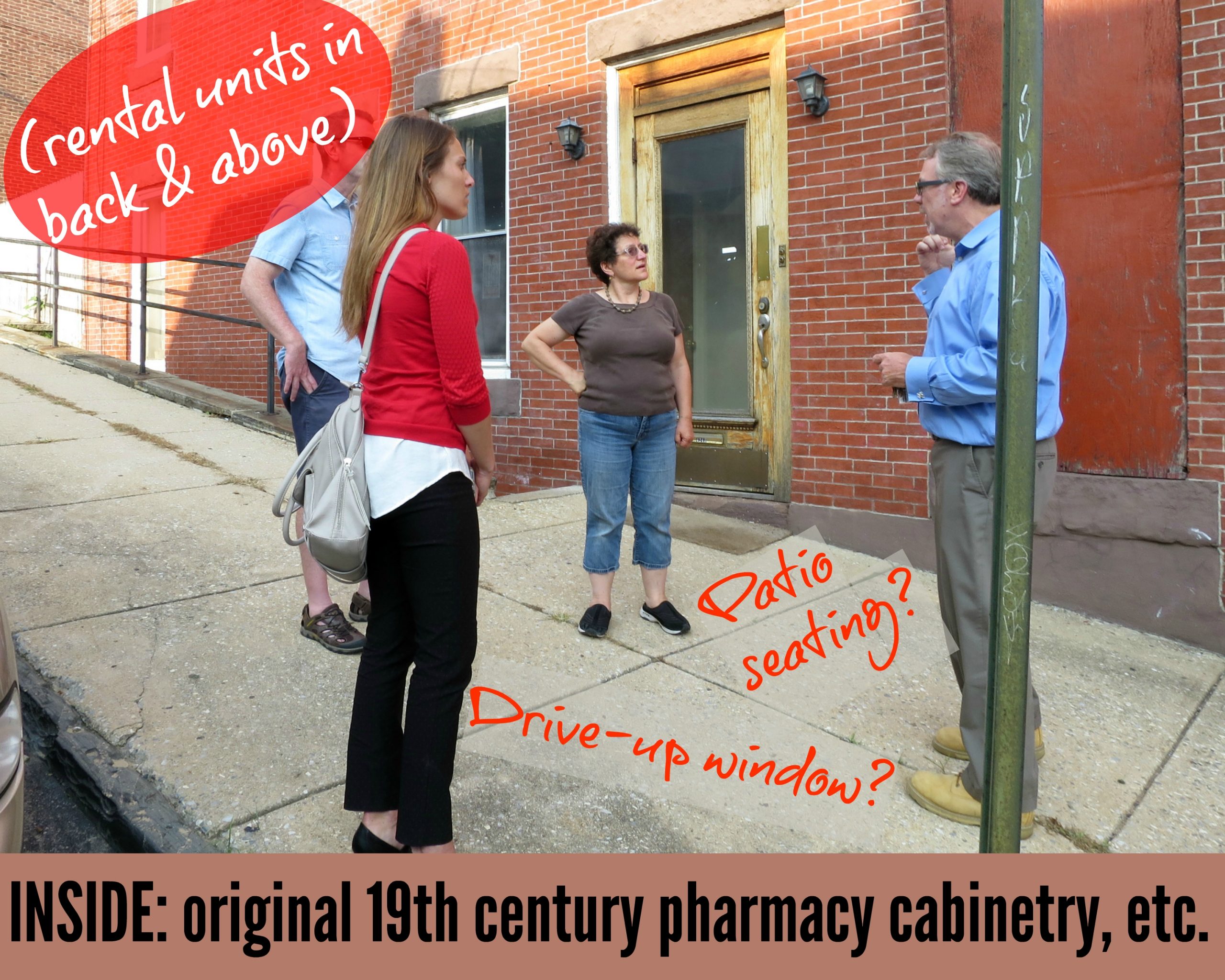 So keep an eye on this old brick storefront. It may not look like much now, but in the coming months Mike and his crew will be cleaning it out (with the help of a PODS container on Ridge), taking the boards off of windows, and restoring a little of the shine to this old neighborhood gem.

More than that, we’re betting it won’t be long before the place restores some shine to our morning commute.

EDITOR’S NOTE: To be clear, we’re not overlooking our local favorite coffee places like Epicure (we’re there almost every day), Trolley Car, and Chestnut Hill Coffee, but we’d like a place that can serve coffee after 3 (maybe even with dessert after dinner)? If our local faves wanna stay open later, we dig that too!

You Oughta Be in Pictures

East Falls without the bike race? Before 2003, Kelly Drive in our area was a dead zone. EFDC’s Gina Snyder tells how our Block Party took on a life of its own. [more…]