By Gina Snyder and Carolyn Sutton

Rehabilitation of the “Bathey” in East Falls, built in the 1930’s and originally used as a changing facility for a community swimming pool, was a project that took years to complete.

Spearheaded by the East Falls Development Corporation (EFDC), the effort combined nonprofit fundraising, public/private development partnering, community engagement, and foundation and government support. Even so, the project encountered many hurdles that required creative problem solving to overcome. In the end, a successful business, the Trolley Car Café, found its home in this little gem of a building. 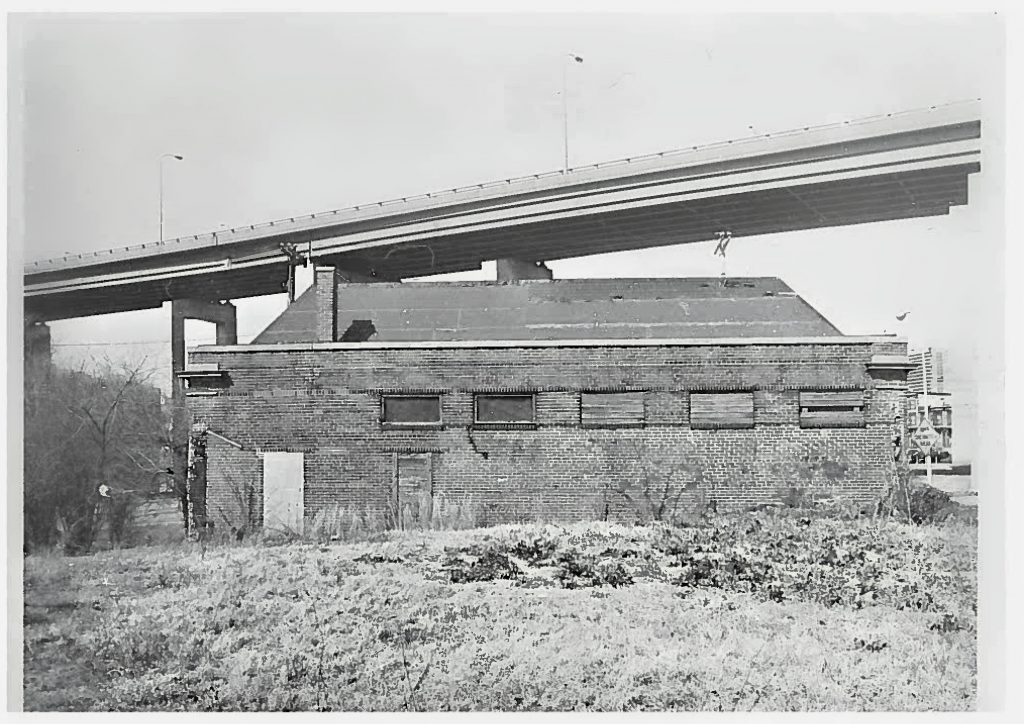 Some history: When the neighborhood pool was closed (and filled in after new pools were opened at Gustine Lake in 1958), the 800 square-foot Bathey building was abandoned and left to deteriorate, used only for Fairmount Park storage for 40 years. Fallsers dreamed of saving the building and transforming it into a community resource. Out of this shared vision was born the EFDC, which became the driver in moving the project forward.

In 1996, thanks to the long-term friendship of founding President Roberta Ginsburg and then-State Representative Rosita Youngblood, the nonprofit was awarded a $50,000 grant from the state to jumpstart renovations to the Bathey.

Estimates obtained by then-President Carolyn Sutton revealed an obstacle: the original state grant was not enough to cover the first step in the redevelopment plan: stabilizing the derelict building. The solution? EFDC persuaded the state agency to use the grant for a Planning Study. Completed in 1998, East Falls’ 25-year Riverfront Master Plan envisioned the Bathey site as a “Recreational Anchor” at the east end of the Riverfront Business District.

This was important because it broadened the benefit of the Bathey’s renovation to include both nearby residents AND recreationists who frequented the River loop trail to the Art Museum.

The EFDC also hired a paid Executive Director, Gina Snyder, part-time in 2002. Gina immediately began advancing the Bathey renovation. She obtained funding from the Schuylkill River Heritage Area for a study that recommended the Bathey’s use as a community-based gateway to the City’s recreational trail system. 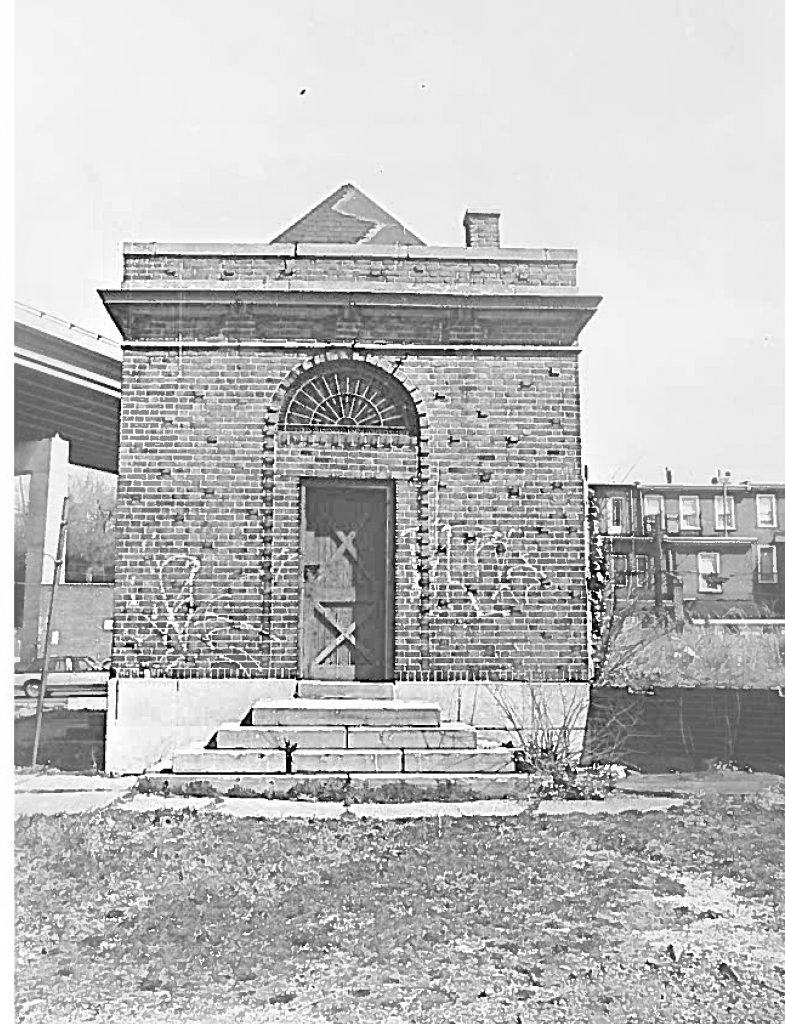 The idea to make it into a café quickly hit a major snag — a Fairmount Park Commission policy at that time specified that Lloyd Hall (at Boathouse Row) was the only permitted food vendor for the entire Park. Fortunately, Gina’s experience, EFDC’s strong vision for the Bathey’s usage, and changes to the Fairmount Park Commission’s regulations combined to move the project forward.

The EFDC also worked with then Councilman Nutter to develop the Twin Bridges parking lot, another Master Plan recommendation designed to meet the parking needs of businesses and residents along Ridge Avenue. The lot, completed in 2008, was located directly across the street By Gina Snyder and Carolyn Sutton from the Bathey.

In the midst of it all, unofficial negotiations with the Fairmount Park Commission started to unravel and the project seemed to be doomed. A number of city agencies were working to have a photographer use the building, a far different purpose than that desired by the neighbors. In fact, the neighborhood had not even been consulted. The use would have been a private one – the building would not be an asset for the neighborhood or River trail users.

Those plans moved forward when Gina crafted a proposal detailing the Bathey’s many attributes as a trailhead with food and drink. Her successful proposal to the William Penn Foundation secured funds to rehabilitate the building. Gina then worked with the Fairmount Park Historic Preservation Trust to secure a private development partner – Ken Weinstein and his Brinton Housing Partners; without their willingness to shoulder risk and make a private investment, the Bathey renovation would not have been feasible. But, by partnering with EFDC, Brinton Housing was able to secure a long-term lease of the Park building. Mr. Weinstein credited the parking lot as a critical component in his decision to locate there. 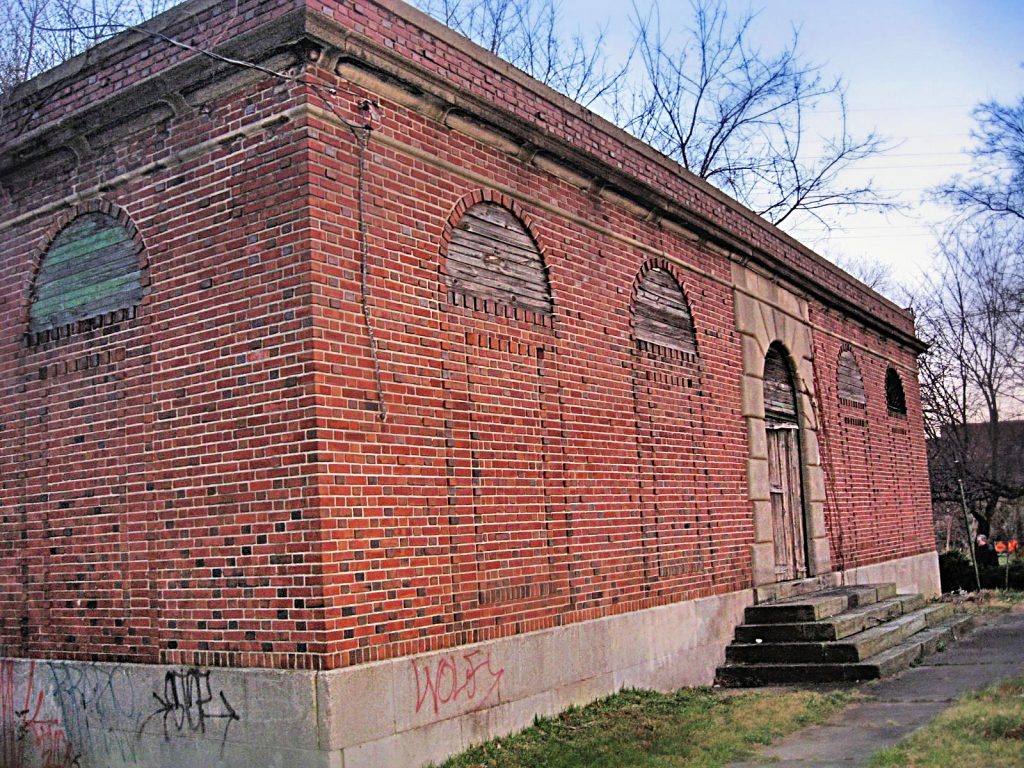 Still there were many more hurdles left to clear. There were specific design and construction constraints that had to be addressed: renovations had to comply with the Preservation Trust’s strict historical guidelines; the building’s location in the Schuylkill River floodplain necessitated design of special barrier systems that could be dropped into place during high-water events.

Signage had to pass muster with the Philadelphia Art Commission. Zoning variances were necessary, since restaurant use was not permitted under the site’s existing park zoning. Because the project was partially funded by dollars secured by EFDC, we required that the renovated building had to have restrooms and information kiosks that were open to trail users and other visitors to the Schuylkill River Heritage Area’s new East Falls Trailhead. Green building technologies favored by Brinton Housing had to be compatible with preservation guidelines. 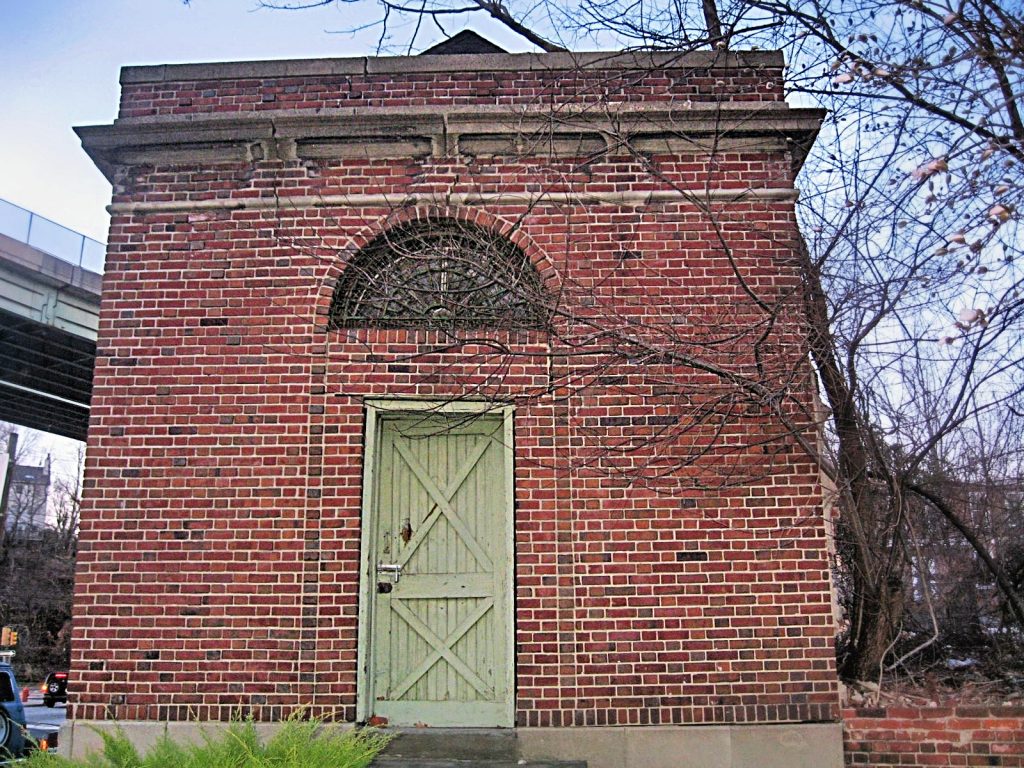 The whole process involved multiple meetings with stakeholders and presentations to numerous community groups and public agencies. The East Falls community had to approve many components of the project and each agency had its own procedures. Having a fulltime Executive Director to juggle all the balls and push the project forward was critical to meeting all of the project milestones.

The Bathey project took an eyesore building and elevated it to a small treasure along the Riverfront. Approximately $700,000 in private investment, government funding, and foundation dollars enabled its rebirth as the Trolley Car Cafe. Opened in 2010, this popular eatery is the bricks and mortar realization of a community vision expressed more than a decade before.

The significance and high quality of the project was recognized by the Preservation Alliance with a Grand Jury Award and with a Blue Ribbon Award from the Philadelphia Association of Community Development Corporations. 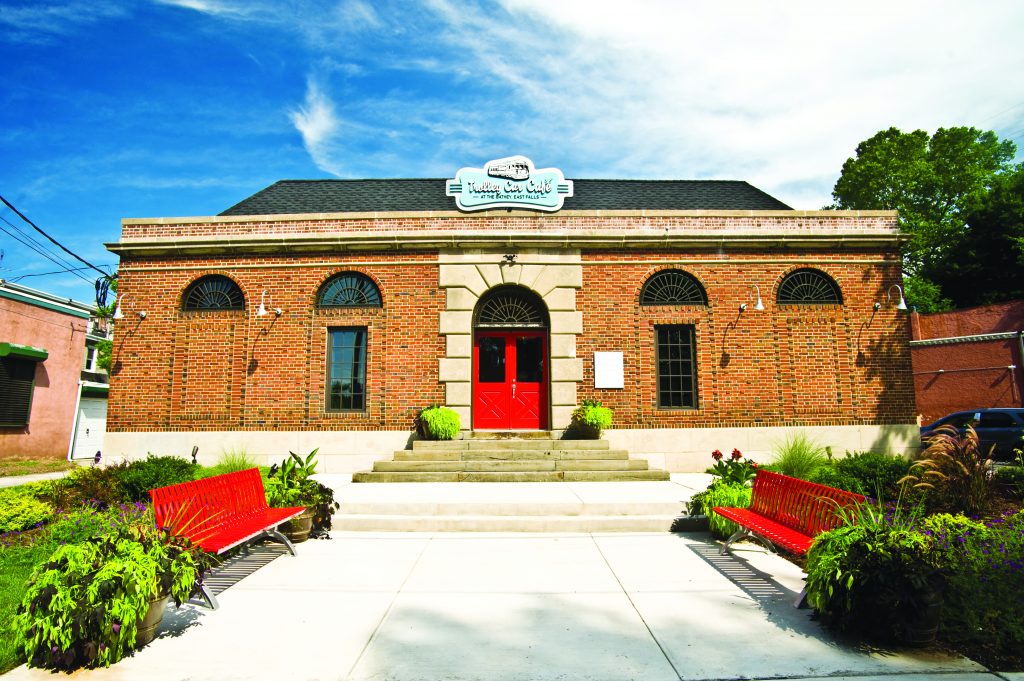 It is also featured prominently as a Case Study in Donna Ann Harris’ second edition of “New Solutions for House Museums: Ensuring the Long-Term Preservation of America’s Historic Houses” published in 2020.

EPILOGUE: The Trolley Car Cafe sadly closed in the summer of 2021 (just a few months after this article was published). In January of 2022, the Breakfast Boutique of Mt Airy/Chestnut Hill announced they’d be opening their 3rd location in this historic spot, slated to start serving this March.

Gina Snyder was the first director of the East Falls Development Corporation and Carolyn Sutton is a past President of the Board.

About The Local 119 Articles
The Local byline reflects community-created content (usually from social media, often from audio/video sources) that we've collected and edited into an article for our website/newspaper.

Tell Us What You Really Think

REALITY CHECK: If you’ve ever suspected that folks here with the big houses on leafy streets feel they should have more say in their neighborhood — Scott Cameron (Netherfield Rd) agrees that only property owners can ever [more…]

Surely you’ve noticed the excess of green slime floating on the Schuylkill lately. Algae? Pollution? Toxic sludge? Nope, just duckweed — rowers hate it but this benign aquatic flowering plant is a genetic wonder that could [more…]