Important cultural treasures require constant care and, in times of extreme distress, protection. One such trove is the Library of the Iraq Museum in Baghdad, which has long supplied humanity with knowledge. During the U.S. invasion in 2003, the library’s vast collection was under threat and the strength and resilience of those who cared for it were put to the test.

The current building of the Library of the Iraq Museum is part of a compound that includes the Iraq Museum, the State Board of Antiquities and Heritage, and the library itself. The library was initially established in 1933 in a different location as a small room belonging to the old Directorate of Antiquities. Since then, the library has expanded in volume and content. The current building of the library now hosts a rich trove of thousands of books, references, and manuscripts that have been written in many languages besides Arabic.

I started my work at this library in 2000, simultaneously with the beginning of my undergraduate study in the Department of Archaeology at the University of Baghdad. Soon after, I started to feel a warm connection to this library, the same way one may feel toward a caring and giving mother. Right from the onset of my work, this library provided me with plentiful historical and archaeological knowledge, related not only to Iraq but also to the Middle East in general. I started my professional journey as an Iraqi archaeologist specializing in Mesopotamian civilization.

Then, I had wandered among the library’s aisles and extended shelves full of valuable references. Now, after a long academic journey toward a doctorate degree, and as I settle here in Philadelphia with the University of Pennsylvania Museum, I am reminded of the mother library in Baghdad every time I enter the Penn Museum library. I am also reminded of the overwhelming threat it faced in 2003. 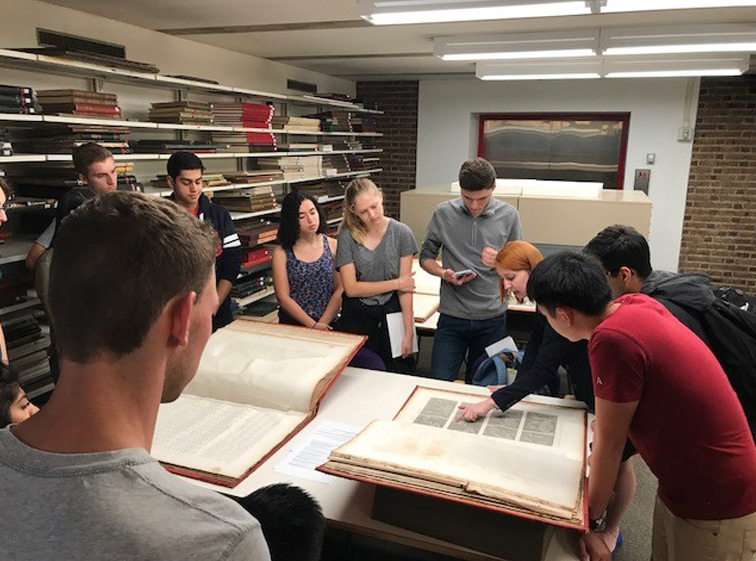 The library staff started to prepare for the war about thirty days before the start of the military operation. We began to execute a quick emergency plan in order to protect the contents of the library. Phase one consisted of transferring the highest priority books and references. They were placed in metal boxes, sealed, and sent to an alternate location, which was protected against military strikes.

Of the many more books left at the library, we stored them in mobile cabinets. These wheeled cabinets were set on tracks stored on one section of the library floor. The reason for adopting this cabinet design initially was to maximize storage space. After securing the remaining books in the cabinets, we pushed them against a back wall, and welded the wheels of the last cabinet to its tracks. By doing so, all cabinets were set firm against one another, with no space in between.

In phase two, we sealed the ground-level windows by filling them with cement and bricks to protect the library from looters and bombs. As the bright Baghdad sunlight, which used to give life to the library and provide warmth to its readers, slowly disappeared behind the rising wall of bricks, we all experienced a harsh feeling of depression and sadness. Darkness became predominant, and hardly anything could be seen around us. After hard work and long overtime hours, we locked the main doors of the library with extra locks and chains, and the last phase of the emergency plan was complete – one day before the onset of the war. I remember leaving that day and doubting whether I would ever see the mother library again.

The war started, and weeks later, the American military forces entered Baghdad on April 9, 2003. Due to the lack of security, the looting and destruction of government buildings started soon after. I was among a group of employees who were assigned the duty of guarding the museum complex. We left the complex after frequent air strikes in the area, especially on a communication tower across the street from the library. The strikes were so frequent that we could feel the bomb fragments fall on the compound’s front lawn.

Groups of looters entered the complex on April 10, 2003. For two consecutive days, they ransacked the complex and looted thousands of priceless historical pieces from the Iraq Museum while the American forces watched from close by. After many calls for help to one of the American military units, they finally moved into the compound to protect it – but it was already too late. While news about the looting of the Iraq Museum was widespread in local and international media, there was no coverage about the fate of the mother library during this chaos.

A week after the Americans secured the complex, I was permitted to enter the library for the first time since locking its doors. I was not surprised to see the broken pieces of glass and the wood of the door through which the looters had gained access. However, upon entering the inner section of the library, the place felt astonishingly intact. But I could not tell for sure because, with no power to light the aisles yet, the inside was still as dark as when we had left.

In the “Protecting Iraq’s Ancient Cultural Heritage” video (above), Zaid joins a panel of scholars to discuss historic sites and objects, conservation efforts, proper documentation, raising awareness within Iraq, and the role of the international community. For more information, visit The Academic Research Institute in Iraq website.

I ran to the front hall of the library where the American soldiers had set up their camp. I asked for a flashlight to ascertain the wellbeing of the books. In the bright, narrow beam of light, everything appeared to be intact, except for one small book which had been cast on the floor with minor burn marks. It seemed as if the looters had intended to burn the library, perhaps after failing to find valuables to steal. This was confirmed later by one of the senior staff who witnessed the raid.

A few days later, we started cleaning the dust and debris left by the mob. Most importantly, it was also then that we removed the cement and bricks that had sealed the library windows and let the bright sun of Baghdad shine into the library, bringing it back to life again.

Despite unsafe conditions in the streets of Baghdad then, many patrons began to show up at the doors of the library. Many of the M.A. and Ph.D. students were desperate to resume their visits to finish their studies and projects, which had been paused since before the war. This inspired us to hasten our restoration of the mother library so that it could function again, ready to open her doors to her loyal sons and daughters in the intellectual community.

As a part of this restoration, I was assigned the task of going to the alternate location to check on the wellbeing of the high-priority books and references. When I arrived, the place had no official guards. Despite that, all boxes appeared intact and the books inside looked as neatly stored as when they left the library before the war.

I was told that the local community took it upon themselves to guard these boxes after the fall of the regime and the departure of the official guards. The boxes were transported to the library, and the books were returned to the shelves. Life inside the library slowly started to go back to normal as patrons returned.

I had to leave the mother library in July 2004 after receiving an offer to enroll in the Anthropology program at Stony Brook University in New York. I was not able to return to Iraq for seven years due to insecure conditions. When I returned, the mother library was the first place I visited in Baghdad.

I also met my colleagues who lived with me through that difficult time. We recalled those days, and we were proud of our work. During that visit, the mother library appeared neat, safe, and busy with users of different educational backgrounds. I still enjoy visiting and looking at this great library, which still stands tall and opens its doors every day, despite the ongoing challenging conditions in Iraq. 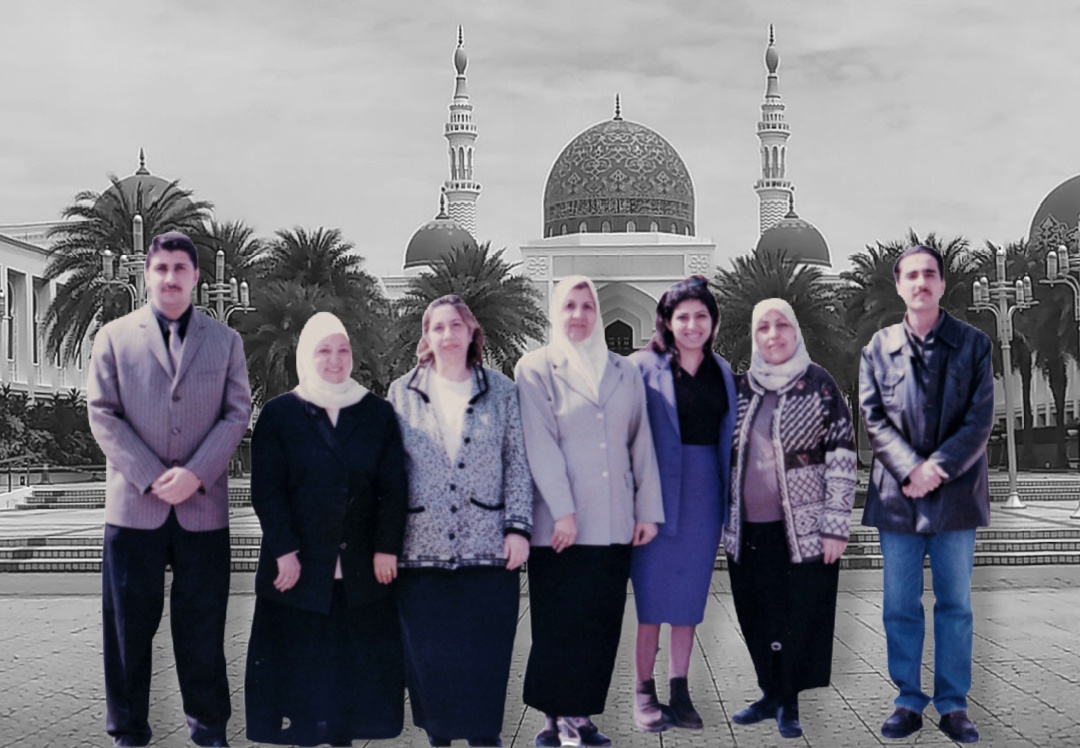 (Originally published in the Friends, Peace, and Sanctuary Journal, a quarterly newspaper for the Arabic community (and those who love Arabic culture, language and food) in the greater Philadelphia area. The FPS Journal is, along with the NW Local, a member of WHYY’s News and Information Community Exchange program (N.I.C.E.).Special thanks for their permission in allowing us to share this important story.

About Zaid Alrawi 1 Article
Zaid Alrawi is an anthropological archaeologist from Iraq. He graduated from the University of Baghdad with a B.A. in archaeology in 2003. Zaid worked at the State Board of Antiquities and Heritage in Baghdad from 2000-2004. He then left Iraq to pursue his studies in the U.S. at Stony Brook University. (Earning an M.A. in Anthropology in 2008.) He worked as a Research Technician from 2008-2010 on the Iraq Archaeological Digital Atlas project at Stony Brook, before obtaining his Ph.D. degree from Penn State in 2018. Currently, he is the manager of the two archaeological projects for the University of Pennsylvania Museum at the sites of Lagash and Ur in southern Iraq.

Mad or Nah: Grin and Bare It

How’s it feel to be showing your face in public again? [more…]