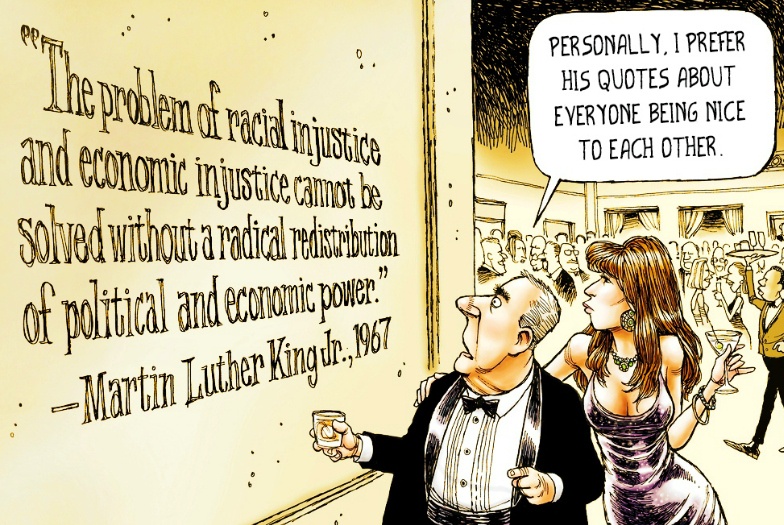 The other day when the Bahamas became the 33rd country to block American travelers, I started thinking about rights, and all the different ways we can lose them. In the blink of a pandemic, our freedom as global citizens has vanished.

What does it mean to be free? This country’s landowners cut a deal with business and merchant classes to secede from England in exchange for life, liberty and – this is important — the pursuit of happiness. Happiness!

No, Uncle Sam’s not guaranteeing we’ll be smiling all the time, but that our country will provide for its people a society where they can enjoy the privilege of their Human Rights. Get that?  Freedom isn’t theoretical – you have to be able to exercise your rights, or else what’s the point?

What good is freedom of speech if we cannot afford a basic computer and internet connection? What does it matter if technically we are free to assemble, but have to work so much we don’t have time to participate in our communities? How the hell can anyone truly enjoy their life and liberty when at any moment, an accident or health crisis could destroy a person’s career and security in an instant?

What good is any freedom without the conditions for self-determination in our own lives? We The People never agreed to work ourselves to the bone for corporate oligarchs who are paying themselves with our taxes while selling our land out from under us. Get out of here with that. We have the right to Happiness in our own goddamn country, one of the richest in the world. Not in spirit of righteousness but in greed! 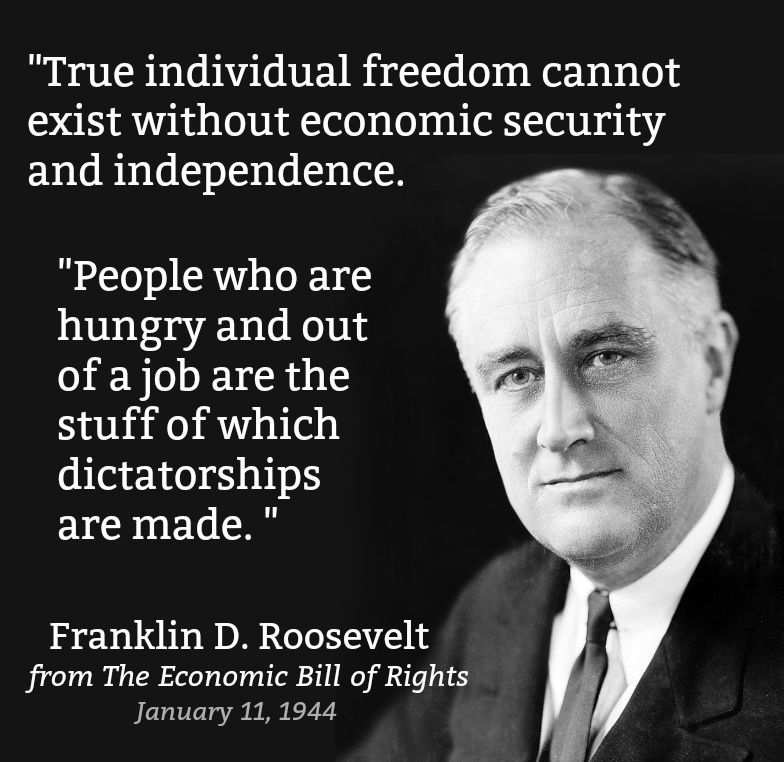 Safe and fair working conditions, good education and childcare, affordable housing and universal health care. There are not benefits, these are NECESSARY RIGHTS that we will gladly pay for with our own tax money, if those thieves in Washington will let us have it. Unfortunately they’ve been gaming the system for generations, it’s a tight criminal operation. Our only chance is to work together as one.

But white supremacy divides us ideologically but also physically and emotionally. It breeds misinformation and derision. It empowers a biological fallacy to limit and demean all of us.  White supremacy is also a means of social control. As long as we’re fighting each other, we can’t turn our full resources on them, see?

They’ve got reason to be scared.

The few times in our history when Blacks and white joined forces, big things happened:

Reconstruction: tax abatements halted post-war evictions, roads & bridges were repaired, new local leaders – Black and white – worked together on community improvements so well, the ruling class got worried. And so we got Jim Crow. Womp womp.

Civil Rights:  all genders, classes and races coordinated to overthrow segregation, demand fair housing and kick off the Free Love 70’s with great music and art. But – you guessed it — The Man didn’t like that. Suddenly, there’s a “war on drugs” so they can fill the prisons with people of color. 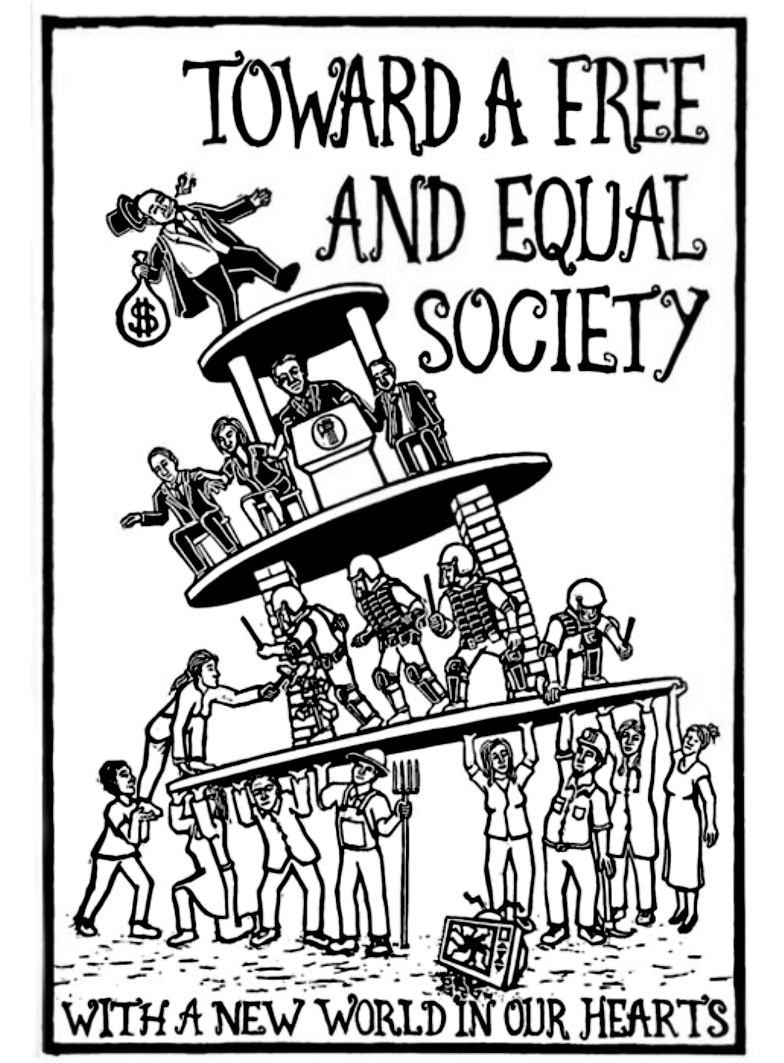 See a pattern here? And now that Black Lives Matter protests have gone mainstream, the white folks will probably get some police brutality legislation passed, and meanwhile The Man will come up with a new plan to segregate and subjugate us again. Fuck that! Almost half of America’s youngest (and biggest!) generation identifies as non-white. I assure you, this ruling class knows they can’t count on racial antagonism to keep us in line forever. Why do you think they have all that riot gear?

This election, whoever you vote for: Just Say NO to the whole sick, abusive system. The psychopaths that cage toddlers, fire on peaceful protesters and whisk dissenters away in the night. That force workers and school children into harm’s way and cut healthcare benefits during a pandemic. That siphon billions in taxpayer dollars for corporate bailouts while millions lose their jobs, savings and businesses. Enough! We need to stand together, call out this bullshit, and get everyone on a level playing field as soon as possible.

This country can’t begin to heal and reconcile our brutal legacy with so many people hurting. Establishing fundamental rights for all citizens does not replace reparations for slavery by any means — that’s a whole other column, there. But where we are right now, it’s an important First Step in our government accepting its responsibility to provide for the citizens it serves.  Peace.

The Establishment cannot survive without the obedience and loyalty of millions of people who are given small rewards to keep the system going: the soldiers and police, teachers and ministers, doctors, lawyers, nurses, transport and communications workers, garbagemen and firemen. These people—the employed, the somewhat privileged – are drawn into alliance with the elite. They become the guards of the system. Buffers between the upper and lower classes. If they stop obeying, the system falls.

This will happen only when all of us who are slightly privileged and slightly uneasy begin to see that we are like the guards in the prison uprising at Attica – expendable. That the Establishment, whatever rewards it gives us, will also, if necessary to maintain its control, kill us.

–Howard Zinn, A People’s History of the United States

Curated and irradiated for maximum flash & distraction from the senseless trash fire on the world stage. [more…]

In Fraud We Trust

Ex-director of Germantown Special Services District Indicted by Feds. Will she be the only one? [more…]